Juhani Pallasmaa: “Architecture is a Verb”

Finnish architect Juhani Pallasmaa is the author of more than 300 essays in 30 languages as well as two dozen books. His landmark volume The Eyes of the Skin is one of the most-read texts in architecture schools worldwide. A former professor of architecture at the Helsinki University of Technology and former director of the Museum of Finnish Architecture, his design work has received numerous awards. For many years he served on the jury of the Pritzker Prize.

His latest book presents his thinking over the past several decades topically arranged in a rather novel way: alphabetically. Inseminations: Seeds for Architectural Thought (Wiley), co-authored with Matteo Zambelli, is a comprehensive collection of Pallasmaa’s observations on everything from “Artwork” to “Water and Time.” Particularly intriguing are his reflections on architectural education, practice, and his concern about the overemphasis of the visual in architecture. In our conversation, Pallasmaa reflects on these topics and others, including architecture’s “metaphysical duty” and its task to provide us with environments of healing silence.

MJC: Juhani, your book is focused on students and young architects, and you have a genuine concern that, through digital media, they’re losing the full involvement of their bodies in the design and making of architecture. What’s the impact of this on the built environment?

JP: I think the focus on digital media is causing architecture to become increasingly instrumentalized and intellectualized, rendering it a narrow visual “imagery of persuasion,” places that we don’t inhabit with our bodies. It’s losing its artistic, societal, and ethical autonomy while emphasizing a techno-economic professional service. As a result, I believe architecture is lacking a certain “existential sincerity.” Instead of rooting us as human beings, emancipating and empowering us, I think our buildings tie us to a materialist, techo-economic machine. 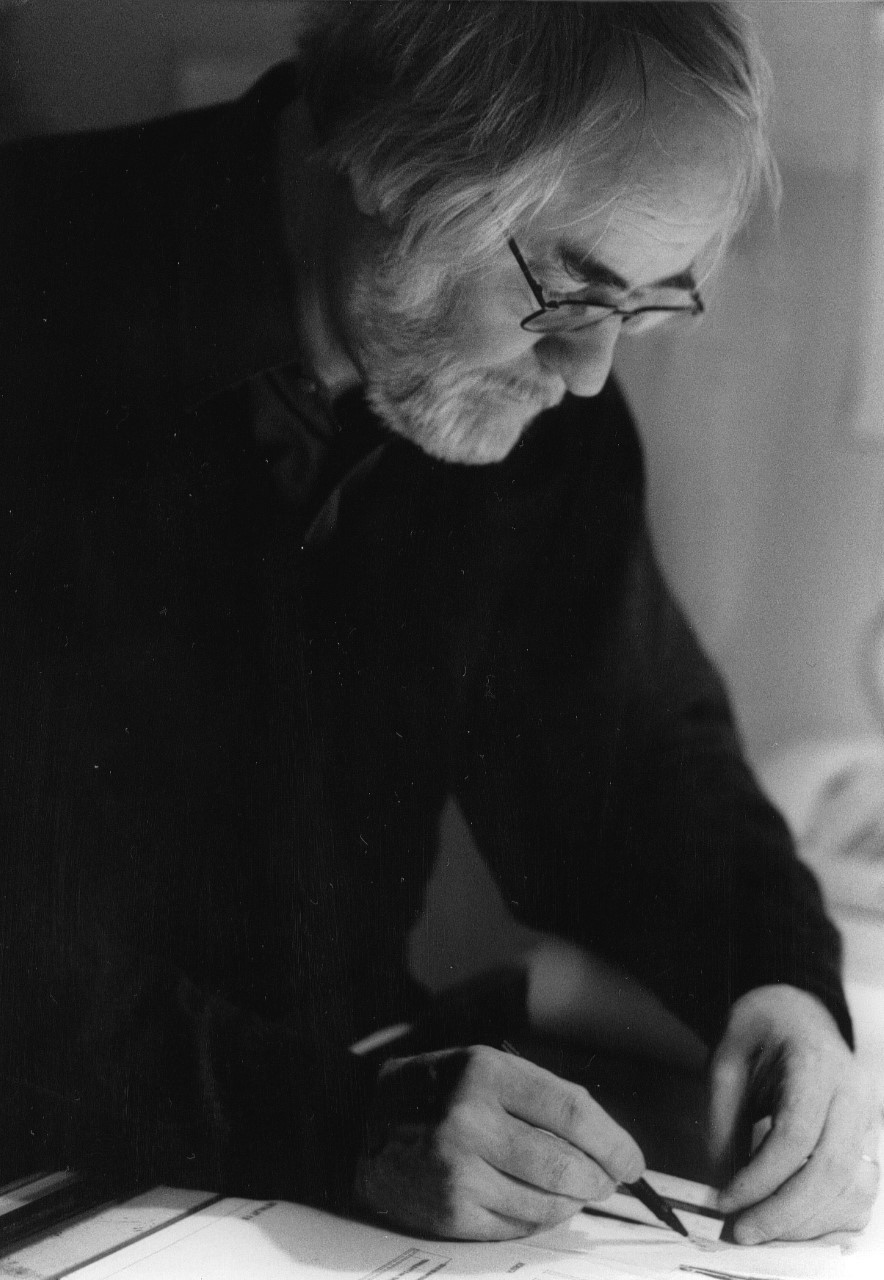 You write about the danger of “an architecture of the eye,” which subdues our experience of the built environment through other senses. How would you redress this?

I believe the culture is becoming increasingly visual and narrowly focused. Yet we’re fundamentally multisensory beings. The existential nature of architecture arises from the fact that it’s fused with our experience and sense of life. Historians of the human senses note that until the 16th century, the senses of smell and hearing were our dominant senses. The French philosopher Gaston Bachelard helps us to think about images by dividing them into two categories: images of form and those of matter. He saw images of matter as more poetic and emotive. As a teacher over the past three decades, I’ve encouraged students to explore material imagination and peripheral perception. Rainer Maria Rilke believed that poets need to exercise their imaginations in the same way that athletes train their bodies and muscles. Auguste Rodin advised Rilke to observe the movements of wild animals in the Paris Zoo in order to “learn to see.” Architecture students need to train their synthetic, multisensory imagination and their reality sense, as well as their sense of self.

Much design education focuses on building function, but you warn that an overemphasis on utility, technology, and aesthetics ignores architecture’s fundamental metaphysical task. What is that task?

There’s a danger of architecture being commodified, and in this process the poetic, existential, and metaphysical dimensions are lost. The metaphysical task of architecture is to mediate and articulate our relations with the world. Historically, this has been more significant than the utility or rationality of buildings.

You’ve written about the pitfalls of “signature architecture.” It’s a product of a culture that celebrates celebrity. How does that affect the places that we build?

Michael, the most alienating place I’ve ever been to is the center of Doha in Qatar. There are lots of ambitious buildings by celebrated Western architects, but the place has no sense of history, continuity, culture, place, meaning. For me, it was ultimately meaningless—what I’d describe as “alienating consumerist space.” Artistic and architectural meanings can’t be invented; they have to be identified in the history and continuity of a culture. Meanings are carried by culture, they aren’t just fabricated.

Existential wisdom arises from the life experiences of each one of us, and internalizing the world—our interaction with it, being in it. In architecture, I think existential wisdom is more important than the sense of vision. Even people who can’t see can sense themselves in distinct places. My fear is that architects are becoming increasingly specialized in isolated skills or areas of knowledge, which implies an ever-narrowing view and perspective on their part.

Is this the same as a need for “empathetic imagination” when designing? What is that imagination, and why is it important?

We can’t design directly for the other—we need to internalize the person who’s going to dwell in the space we design. This need calls for the capacity of empathy. I think empathy should be taught in architecture schools, but unfortunately most of the professional models suggest an attitude of arrogance. John Dewey wrote that we should consider art and architecture not as material objects, but as individual experiences of the artistic dimension. Design students should be exploring this imaginative experience instead of focusing on formalistic inventiveness. 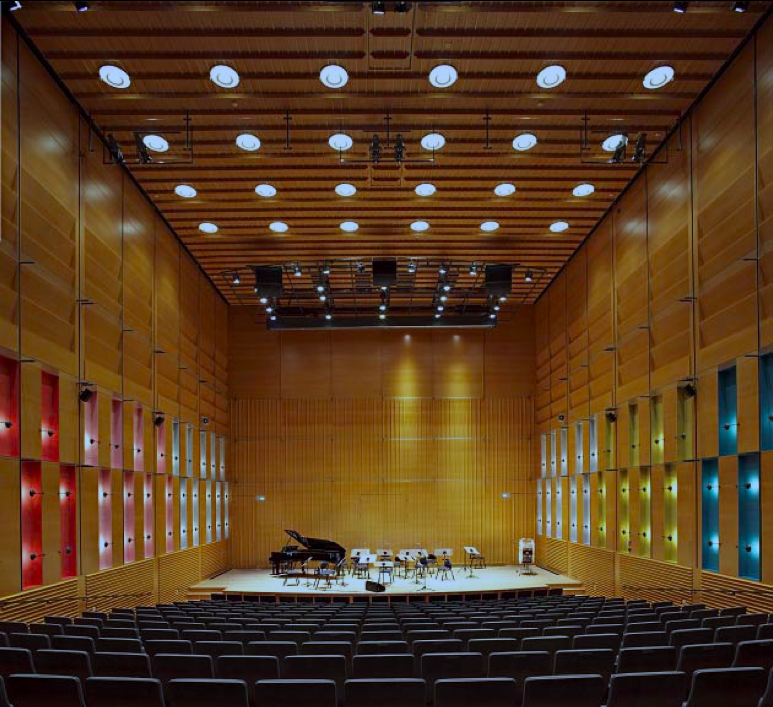 You mention several times in the book that fundamental architectural experiences are “verbs rather than nouns.” Tell me more about this distinction.

Architecture creates a “choreography” of movements, perceptions, and emotions. Buildings direct and guide our behavior—they suggest and invite, enable or limit. To me, this experiential, lived activity and reality is architecture. Architecture should always be an invitation and a promise. So, the invited actions and dynamic interrelations make architecture closer to a verb than a noun.

Here is an arresting, beautiful line: “The task of architecture is to maintain and defend silence.” How do you describe that task, and why is it critical?

Our lives are becoming increasingly rushed and noisy. But our sensory and neural systems need slowness and silence to perform well. With the outer noise, I believe we’ve lost our inner silence. It’s similar to the way we need shadow and darkness instead of constant bright light. We need silence—not necessarily acoustical silence, but existential silence and peacefulness mediated by humane spaces and imagery.

As an architect, who are your heroes?

Actually, I have many, from Michelangelo to Luis Barragán and Sigurd Lewerentz. But numerous writers, poets, painters, filmmakers, and thinkers have been equally important to me. In my design work, I’ve rarely looked at projects by colleagues. Instead, I’ve looked at the magical works of painters from the School of Sienna, to Piero della Francesca and Johannes Vermeer, and the Abstract Expressionists. For me, architecture’s not a professional category; it’s in the realm of poetry. I always encourage students to experience works of art. The Russian filmmaker Andrei Tarkovsky said there’s only one way of cinematic thinking: poetic. It’s the same for architecture—it needs to capture something invisibly meaningful in our lives.

“Hope is the Patron Saint of Architecture” is a wonderful observation you make in the book. What gives you hope in architecture?

What gives me hope, Michael, is the sincere and tireless resistance against today’s materialism, quasi-rationality, and ethical shortsightedness.