Cars, thanks to their size, weight, and mass-market image, rarely make their way into the world’s elite art museums. But at the Guggenheim Bilbao, a new exhibition co-curated and designed by architect Norman Foster offers visitors the rare opportunity to view—but not touch—40 of the rarest and most important cars ever built.

The show, entitled “Motion: Autos, Art, Architecture” and on view through September 18, seeks to cast the history of the automobile in artistic, and even architectural, terms. The cars, which are displayed in ten exhibition spaces in the museum’s Frank Gehry-designed building, are surrounded by artworks and representations of architecture that illustrate the links across multiple artistic disciplines. 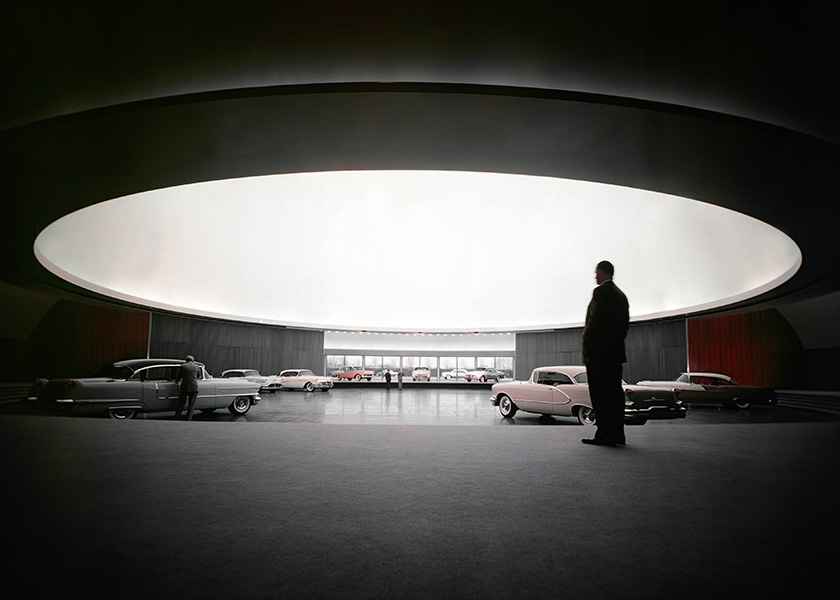 Foster, who himself collects cars, represents just the latest notable architect to have developed a fascination with the design and meaning of the automobile. Le Corbusier famously paired photographs of cars with those of Greek temples in his treatise Vers Une Architecture, and Wallpaper reports that the Bilbao exhibition includes one of Le Corbusier’s own cars as well as a wood recreation of the “Voiture Minimum” that he designed in 1936. Also on display is Foster’s own replica of Buckminster Fuller’s prototype Dymaxion car, created for the 1933-34 Chicago World’s Fair. (Fuller was a mentor to Foster in the later years of his life.)

The exhibition is organized in roughly chronological order, beginning with the customized horseless carriage of the 19th century and concluding with a look at the cars of the future. The internal combustion engine, according to the exhibition text, “rescued cities from the stench, disease and pollution caused by horsedrawn vehicles,” but also helped give rise to the environmental crises that we face today. The exhibition’s concluding section, which features the work of students prompted to imagine mobility at the end of this century, considers “the same problems that auto inventors faced more than a hundred years ago,” according to the exhibition text, “all exaggerated by climate change and now projected onto the future.” 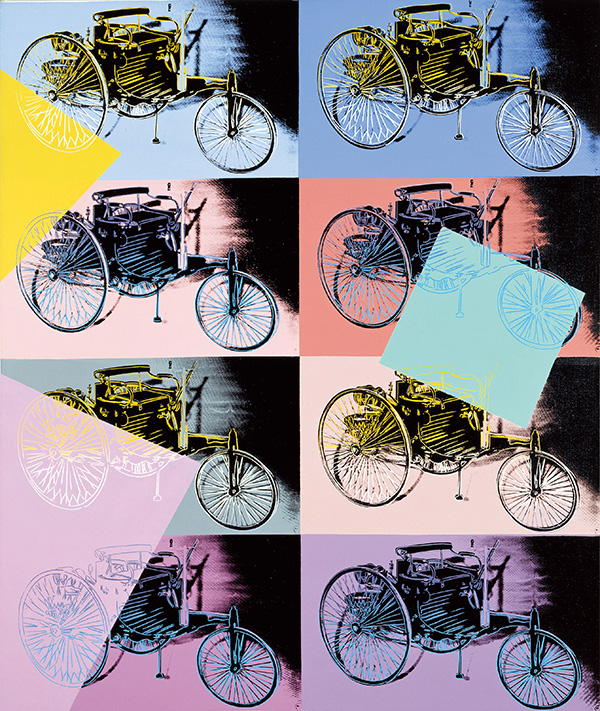 The exhibition, which was cocurated by Manuel Cirauqui and Lekha Hileman Waitoller, also includes sections on mass-market cars; cars and sculpture; racing; utopian visions influenced by the automobile; and the role of the car in shaping the ideal of Americana.

Among the artists presented are Alexander Calder, Dorothea Lange, Ed Ruscha, Andreas Gursky, Andy Warhol, and Bridget Riley. The buildings featured include Eero Saarinen’s General Motors Technical Center (1949-55), as photographed by Ezra Stoller; Albert Kahn’s Ford Highland Park plant (1908-10); and Frank Lloyd Wright’s unbuilt Gordon Strong Automobile Objective and Planetarium (1925). Together, the varied works of art and architecture on display suggest the enduring power of the car as a source of aesthetic inspiration—and as a force shaping the contemporary world, for better and worse. 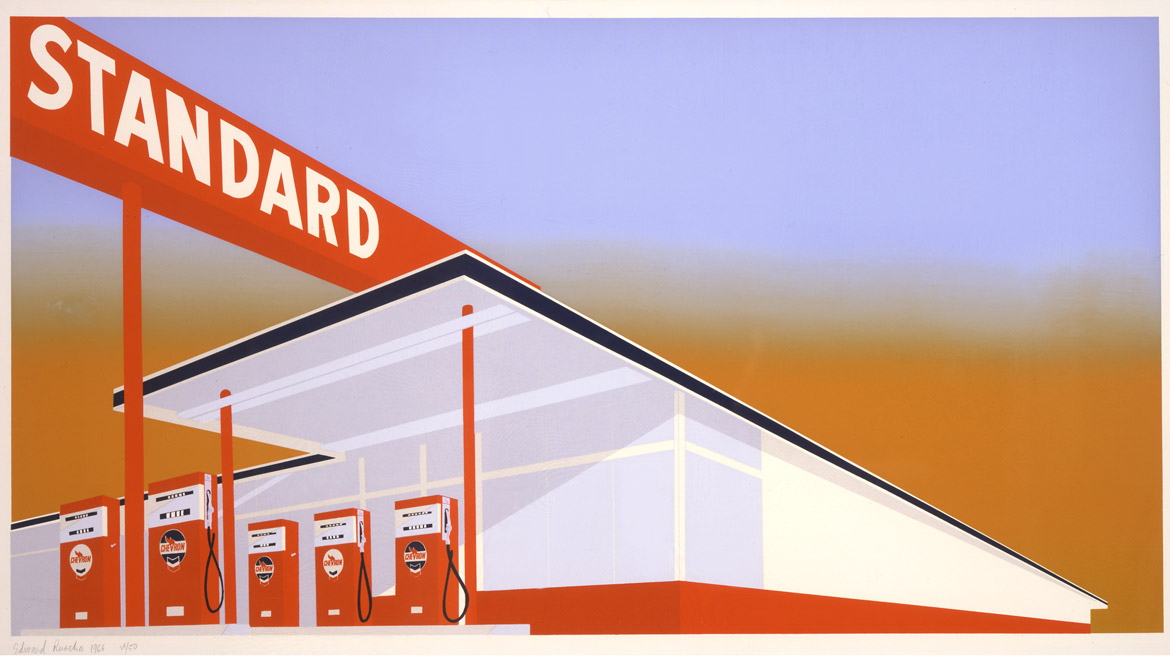