In the middle of an industrial section of Boston’s Charlestown neighborhood, a subtly inclined lawn ramps up, culminating in a tree-shaded vantage point. The sculpted terrain, designed by local firms Elkus Manfredi Architects and landscape architecture firm Offshoots, is Hood Bike Park. In addition to green space, the 22,000-square-foot public facility provides sheltered bike parking, a repair service, and showers, to encourage this sustainable method of commuting. The park is the centerpiece of a future development, master-planned by Elkus Manfredi, which will transform H.P. Hood Dairy Company’s historic production facility into a mixed-use district encompassing offices, labs, residences, retail space, and a hotel.

The bike park aims to establish a community focal point. “By far the biggest goal was placemaking: to create a destination for the surrounding neighborhood,” explains David Manfredi, Elkus Manfredi CEO and founding principal. It also provides a buffer from the adjacent elevated interstate, a rail corridor, and nearby active industries, including a recycling center and a food-distribution warehouse. Manfredi and Offshoots lifted and tilted the plane of the landscape to orient it away from the industrial sites and delineate a front and back. The landform, along with the grove of trees at the park’s apex, also works to visually shield the green space from the highway and rail lines and mitigate the air pollution they produce. 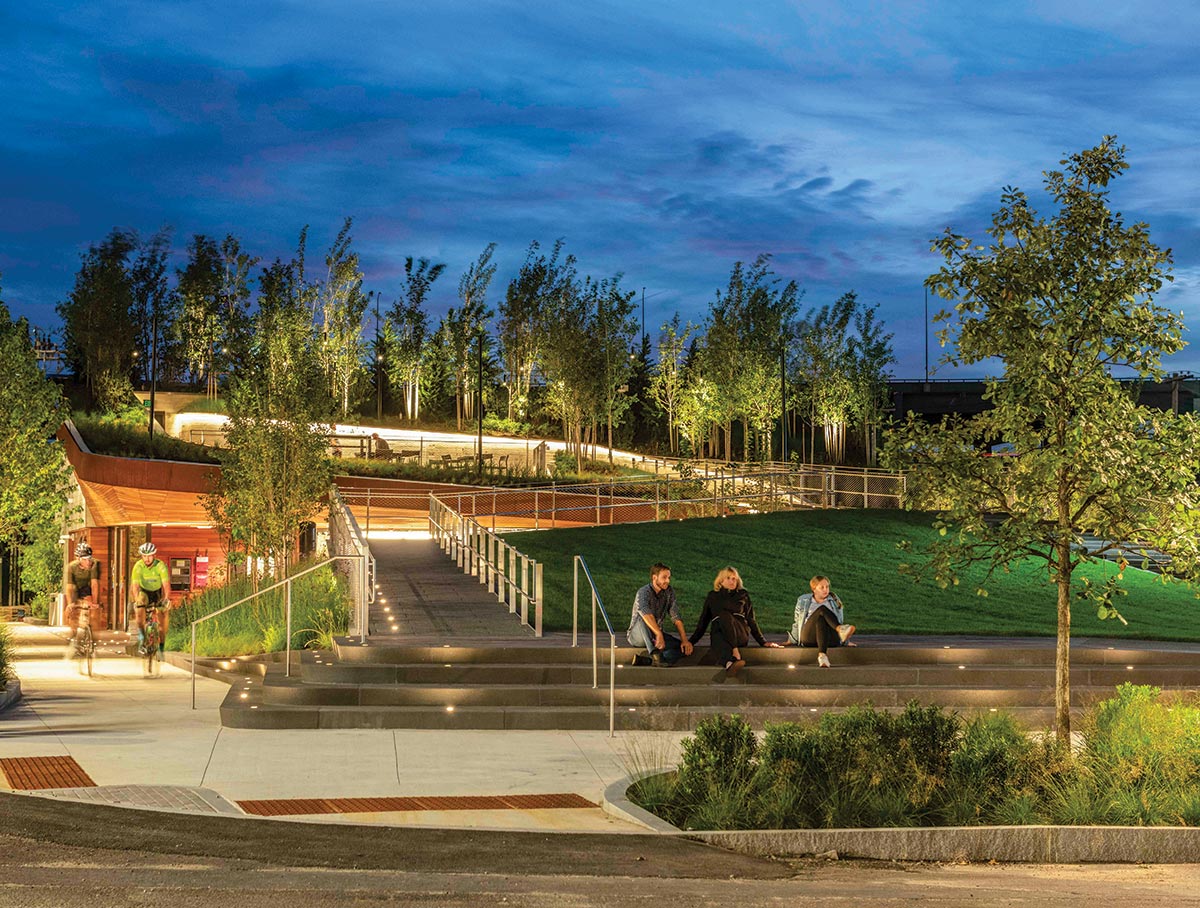 Within the raised back portion, the architects inserted the bike amenities, topped by what they call the “perch,” reached via a gently sloping accessible ramp. “It is a place you go to get off the street that feels like a treehouse,” Manfredi says. It offers a view of the looming Hood brick smokestack—a landmark of the Charlestown neighborhood. The front, a lawn that slopes down to a stage, can function as both an amphitheater and a village green. 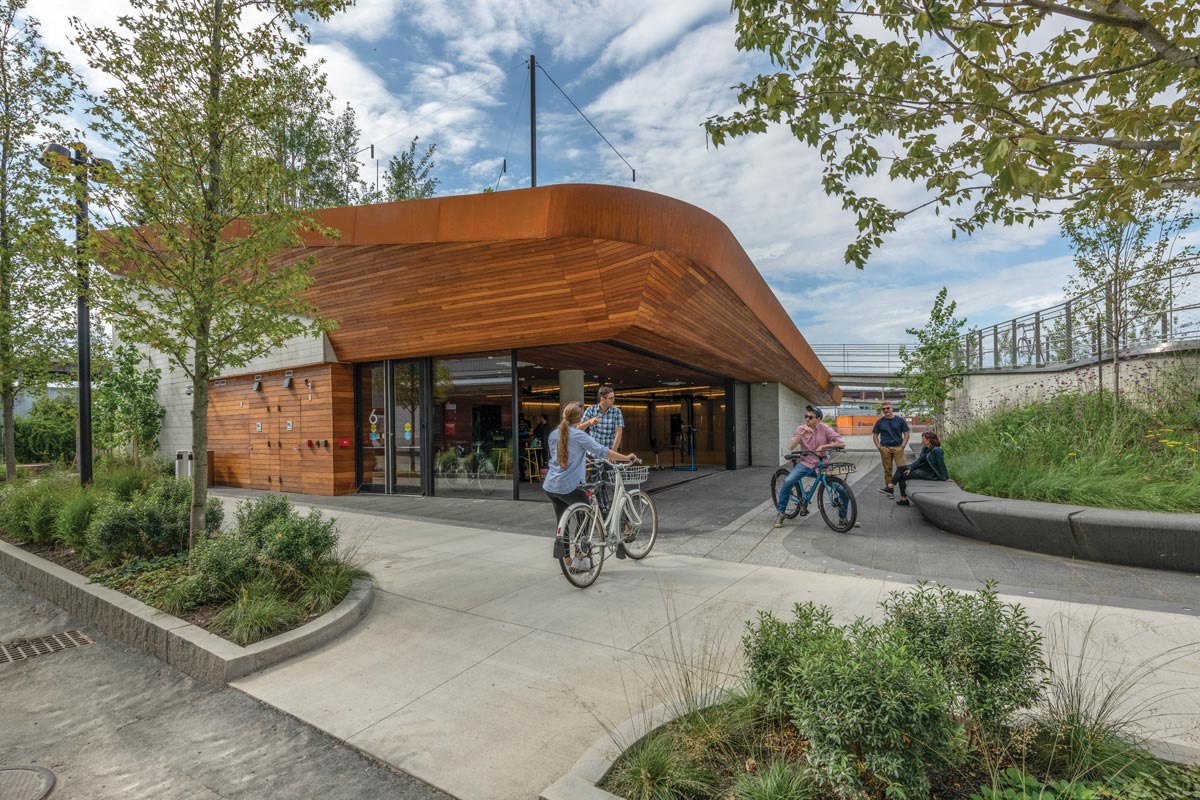 A wood-clad pavilion housing bike parking and a repair shop has been inserted under the “perch.” Photo © Peter Vanderwarker

Offshoots has carefully chosen plant materials to work in tandem with the architecture and create a diverse ecosystem, to reduce health hazards. For the grove of trees, the designers selected wind-resistant species such as quaking aspen and northern bayberry, whose waxy, “hairy” foliage captures air pollution, says Kate Kennen, a landscape architect and Offshoots’ founder. Also on the park’s west side, they created what they call a “wet thicket,” to soak up water contaminants—a mix of deep-rooted poplar, willow, and native dogwood. At the site’s eastern perimeter, Kennen’s team created a bioswale to collect and filter stormwater; it incorporates salt-tolerant native coastal vegetation that removes nitrogen and phosphorus, including swamp white oak, switch grass, blue flag iris, and native sedges and sweetgale. Throughout, Offshoots implemented sediment-management strategies.

For now, with much of the surrounding mixed-use development still to come, the park feels “otherworldly,” says Manfredi. But soon, it will become part of the fabric of the neighborhood. “We see the Hood Bike Park as a little catalyst for change,” says Kennen. Once the master plan is built out, she predicts, the park will be “a gem in the middle of it all.”