This website requires certain cookies to work and uses other cookies to help you have the best experience. By visiting this website, certain cookies have already been set, which you may delete and block. By closing this message or continuing to use our site, you agree to the use of cookies. Visit our updated privacy and cookie policy to learn more.
Home » Frida Escobedo on Designing the Met’s New Wing and Building Communal Spaces
Architecture NewsInterviewsSpotlight on Women Leaders in Design

Architect Frida Escobedo bends and blurs the boundaries of art and architecture, weaving simple materials into fluid spaces that engage users in creating meaning. Born and based in Mexico City, Escobedo, age 42, received a bachelor’s degree from Universidad Iberoamericana in 2003 and a master’s degree in design studies from the Harvard Graduate School of Design in 2012. 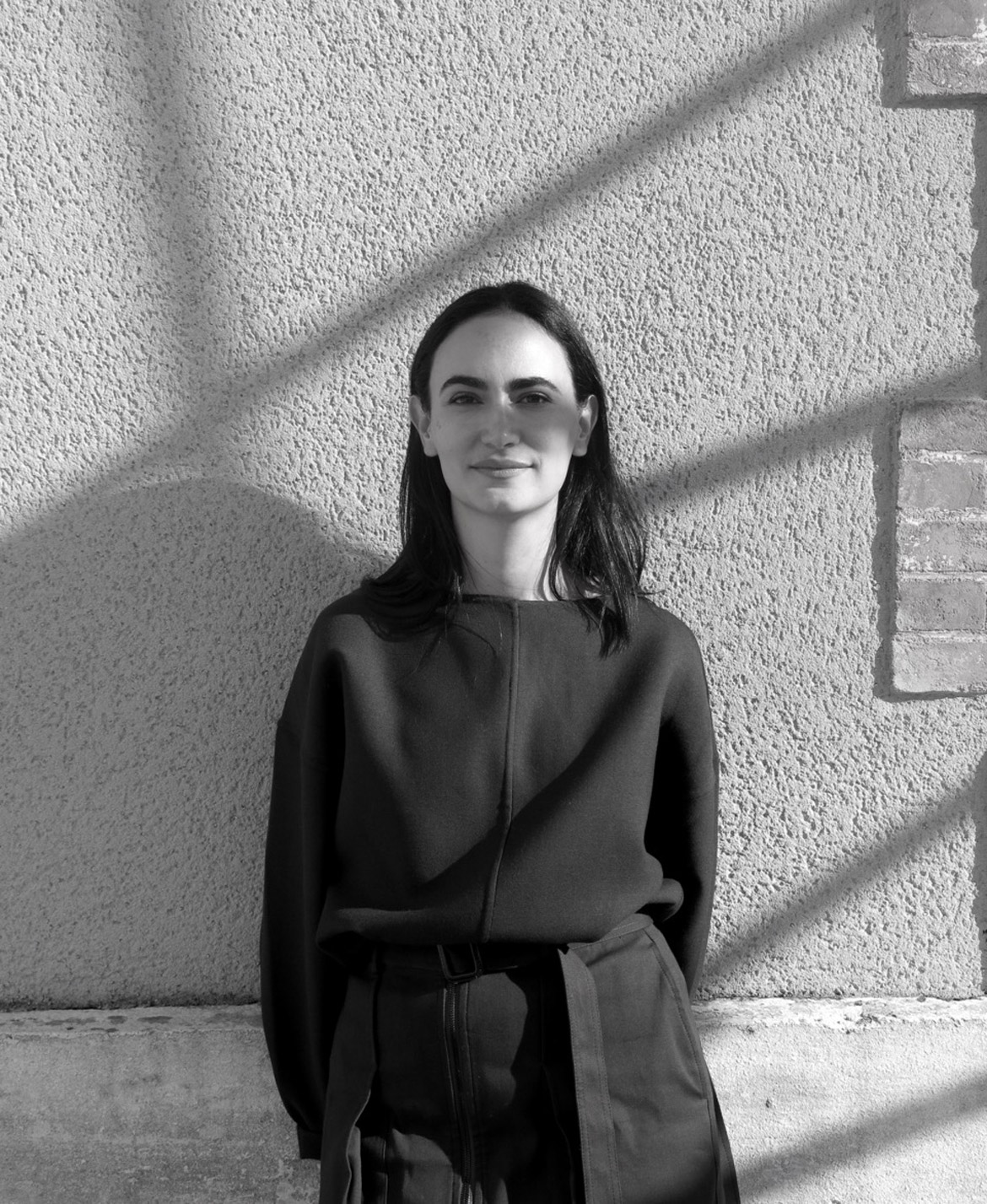 Working in both the public and private realms on projects ranging from hotels to low-cost housing to museums, Escobedo, who has run her own firm since 2006, crafts communal spaces rich with sensory experiences. In 2003, she began working with Alejandro Alarcón in Mexico on two renovations and her first project from scratch: Casa Negra, a home built for a photographer, inspired by the structure of a camera obscura. And in 2010, she created an interactive expanse of movable concrete blocks in the courtyard of Mexico City’s experimental museum El Eco, her first solo project.

Her appointment to design the 2018 Serpentine Pavilion in London’s Kensington Gardens—she was at the time the youngest ever Serpentine designer—garnered her international recognition. And in March of this year, New York’s Metropolitan Museum of Art selected Escobedo to design its planned Oscar L. Tang and H.M. Agnes Hsu-Tang modern and contemporary art wing. The first woman, and first Mexican woman to design a wing at the Met, Escobedo succeeded David Chipperfield Architects, which had designed a previous iteration of the project that was not built, reportedly due to projected costs.

Your work often blurs the boundary of art and architecture, and you talk about architecture as a communal experience. How did you see the two disciplines intersecting with that broader community ethos when you were beginning as architect?

I was always interested in arts and design—anything related to doing things with my hands—since I was a little kid. But I was too nervous to be an artist and also a little too curious to be just a traditional architect. I started to see, as years passed, that architecture is actually a window to understanding social phenomena. This probably comes from my mother, who’s a sociologist. She’s always thinking about how people engage with each other, how they behave. That got stuck in my head. Through the lens of architecture, I’m always thinking about how people interact, and how we can provide places for different kinds of interactions or shift the conditions in these social milieus. 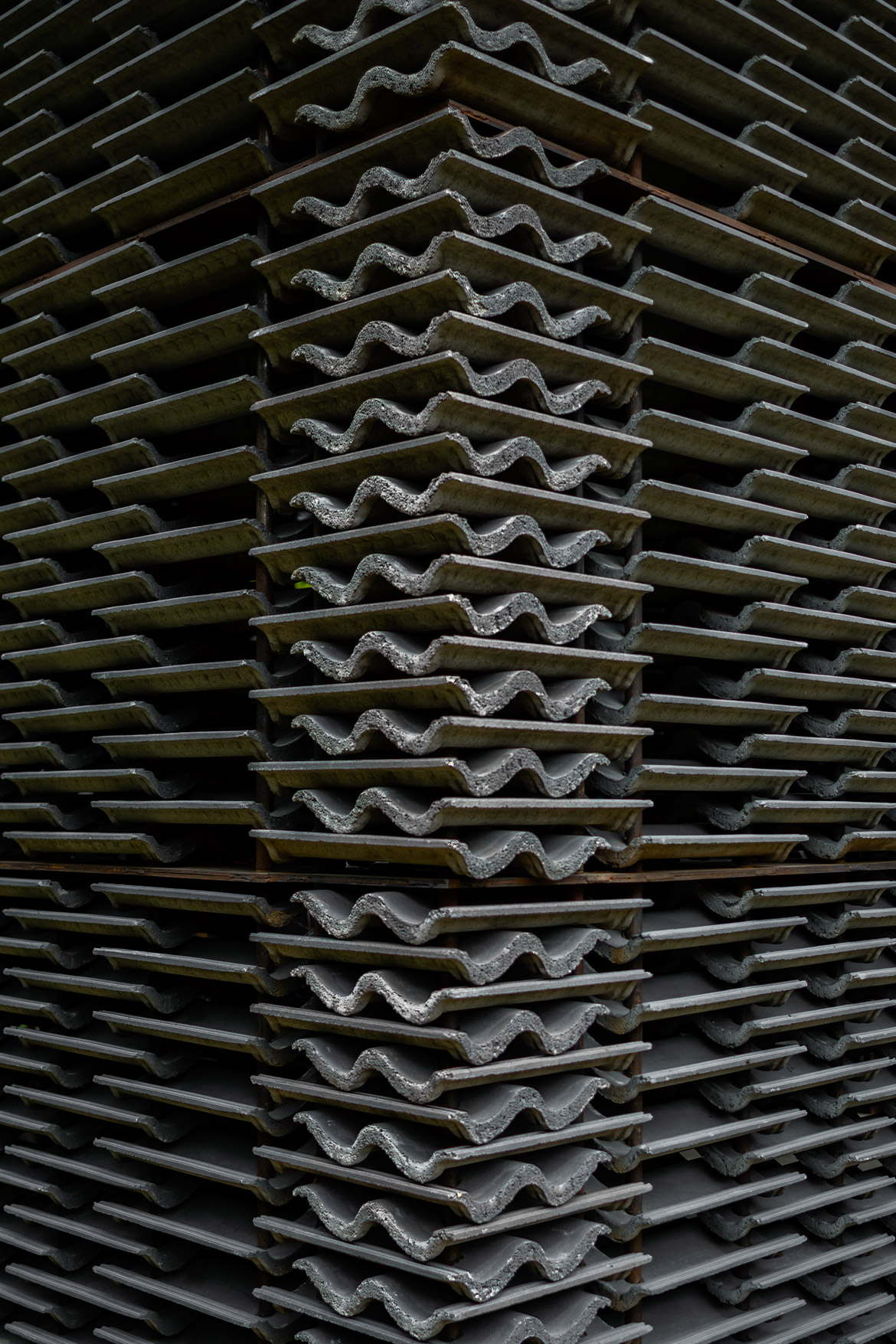 Can you speak to the materials that you use?

We started working with very simple materials because we were a very small firm. At one point, it was just me in my kitchen. I had to learn to work with simple means and that meant, for example, using cinder blocks or things perceived as very cheap. But once you start understanding that modularity can give you a lot of possibilities, you see that the condition of being industrial doesn’t necessarily mean a lack of expression. That's something that I learned from growing up in Mexico City, where you see the outskirts of the city being built by self-construction—people self-building their homes and using these modular materials. There's a multitude of expressions.

These modular pieces can have this binary rhythm of open and closed. It's almost like weaving. The system can create an infinite number of patterns, ways of engaging with the light or producing angles of views, etcetera. It started there. I just liked the idea of using this combination of openness and closed, of shadow and light—this idea of duality.

Could you tell us about one project that was especially informative for you and your practice?

El Eco Pavilion [2010] was the first project I did on my own, and my first public project as well. It taught me this blur between architecture and something else—art or sculpture. It taught me the idea of creating engagement with the public, and it taught me to create space while understanding that the moment of creation is not static. Thinking about the way that people would engage with these pieces [the loose concrete blocks that Escobedo placed outdoors] and create their own environment—without losing the personality of the pavilion—was important to me. You can be flexible, and still be whatever you are. 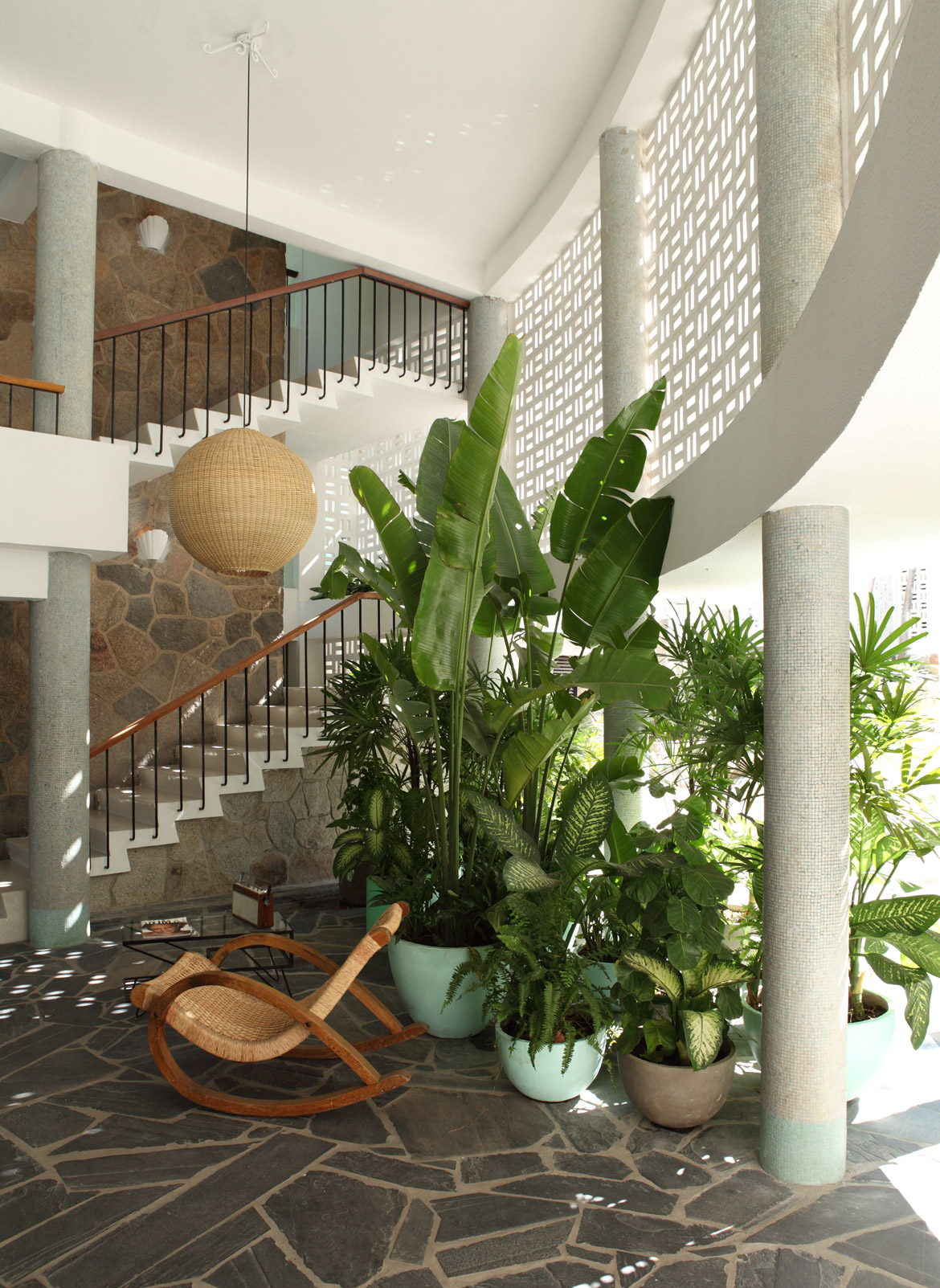 How did you feel when you heard that you won the commission for the new wing at the Met?

Of course, we were thrilled. It was another challenging competition. We were competing against people who I respect and admire. There were five firms invited and we were the youngest. We decided we were going to do everything to win—use all the effort and resources to try to make the best proposal we could. But we knew that our chances competing with these larger studios were small. So we were very surprised and very happy to hear that we had won. We’re still celebrating.

What are you hoping to accomplish, in a broader sense?

I think the vision of the museum is changing. The Met is an encyclopedic museum, and there's a representation of culture in a very specific way. But I think they're trying to create more connections to what human culture is, connecting threads between each of these islands. It’s becoming something that shows more of the diversity and common ground between humankind. It's a very exciting moment because we’re going to be able to represent or understand other forms of culture that were maybe not represented in the past.

This is also a very important institution, and it needs to be connected with the park, with the neighborhood, with the city of New York. It creates a connection with all the people that visit the museum. It's like a ripple effect. Once you change a tiny piece of a building or institution or pavilion, it changes the lens through which people see things. And that can have a big impact. And especially with this institution, that has such a high visibility, creating connections is a priority. 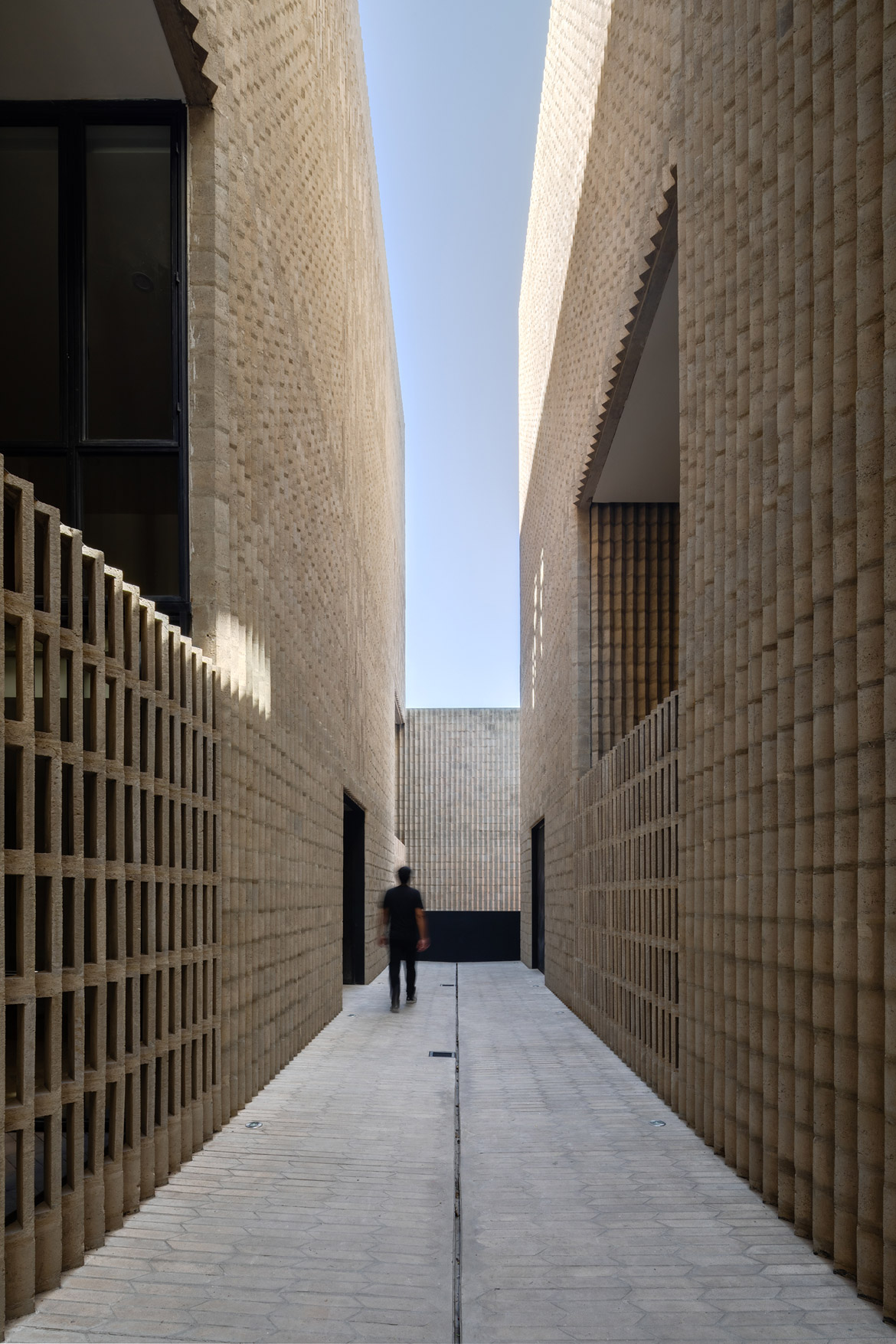 While the Met wing will be permanent, obviously, you are known, too, for temporary structures. How does knowing a project is going to be permanent versus temporary affect how you approach it?

We've been working with permanent buildings for a long time. I think the international projects that are temporary probably get the most visibility. When I read one of my interviews, I was surprised to read, “You typically do temporary architecture.” We’ve done maybe three pavilions. But that's probably how people perceive those who are not based in the U.S., or come from the Latin American context, or are young female-led offices. We're trying to change that.

But I’ve never thought that architecture was static. The idea of preserving something means that you need to change it constantly. You have to renovate the windows, you have to add another coat of paint, and so on. So does it remain the same building just because it looks the same, or is it a different one? And that's the most conservative vision, where you're preserving spaces almost like an art piece. But, in general, architecture needs to flow with inhabitation, no? It changes from night to day. It changes with the seasons. It changes over time with occupation, different residents, and different programs. The best thing for a building to be is fluid, to change as people change within it.