There’s nothing harder than making something look simple. That’s the challenge driving the work of Max Worrell, 45, and Jejon Yeung, 40, who met while earning their master’s degrees at Yale and set up their own practice in 2014. “We try to remove everything extraneous to find what’s essential and timeless,” says Worrell. The goal is to develop a “poetic pragmatism” that solves problems and delivers a stripped-down beauty, says Yeung. “We’re not interested in design for design’s sake,” he adds. 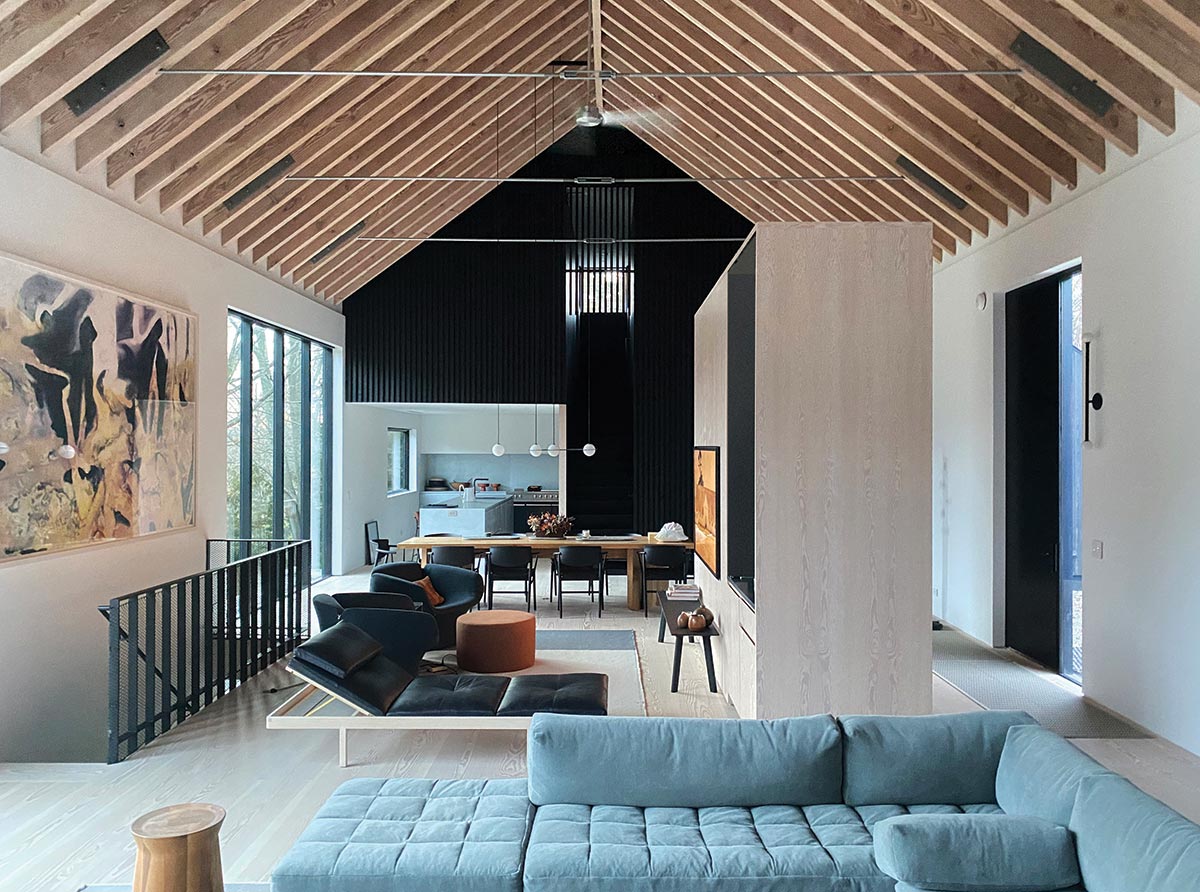 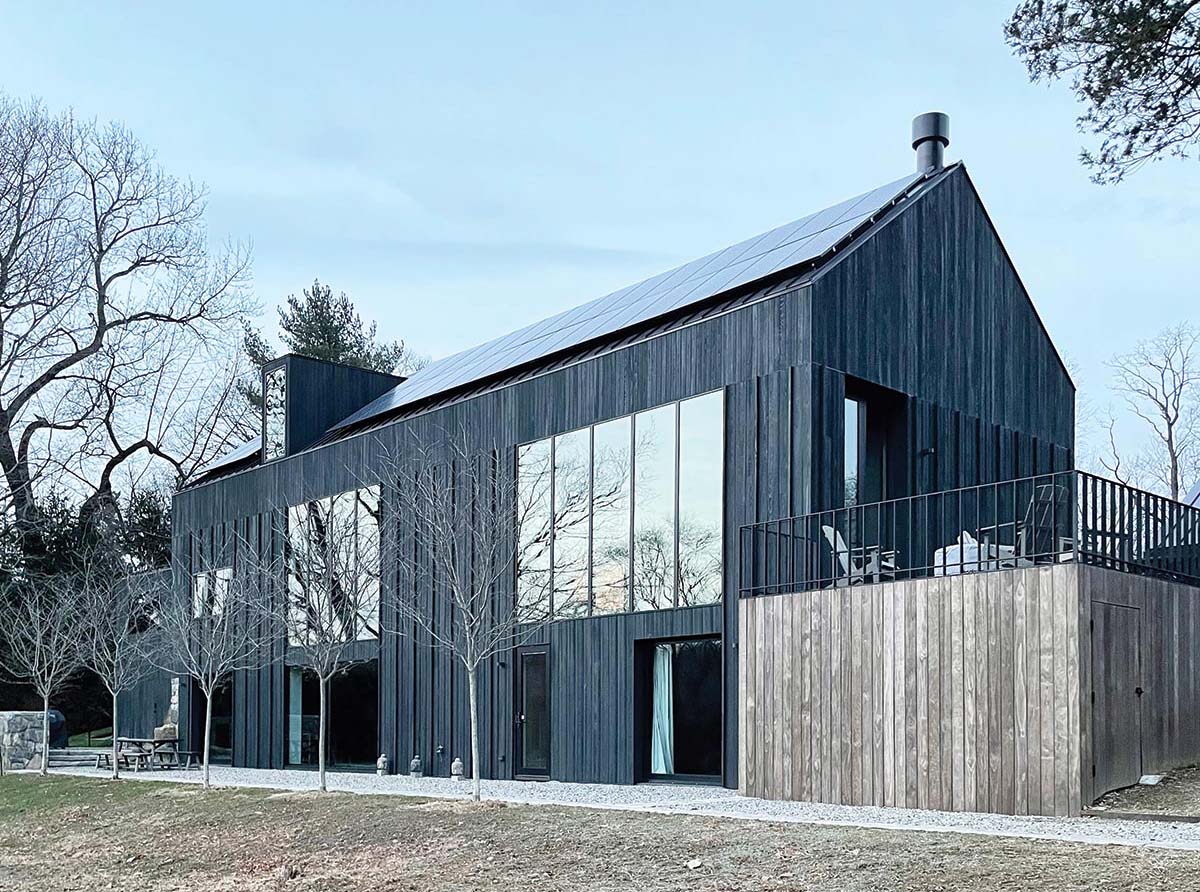 North Salem Farm: Just completed, this residential complex incorporates existing, but reconstituted, structures. Three gabled volumes are oriented side by side to create an ensemble that engages the landscape in different ways. Zinc roofing and dark green–stained cedar siding with a varied batten pattern echo the typical agrarian vernacular, but with contemporary detailing. Photos courtesy Worrell Yeung, click to enlarge.

The architects, who are partners in life as well as business, first worked for different firms in New York—Worrell at Bernheimer Architecture and Yeung at Architecture Research Office. After the financial meltdown of 2008, both firms downsized and gave their remaining staff more responsibility, which proved helpful to Worrell and Yeung, who kept their jobs. When they set up their own practice in 2014, Yeung stayed at ARO for a couple of years to provide a steady income. “It was a slow trajectory,” says Worrell. While they had hoped to land a big commission to kick-start the practice, they ended up getting a series of small projects, which allowed them to grow organically in scale and budget. 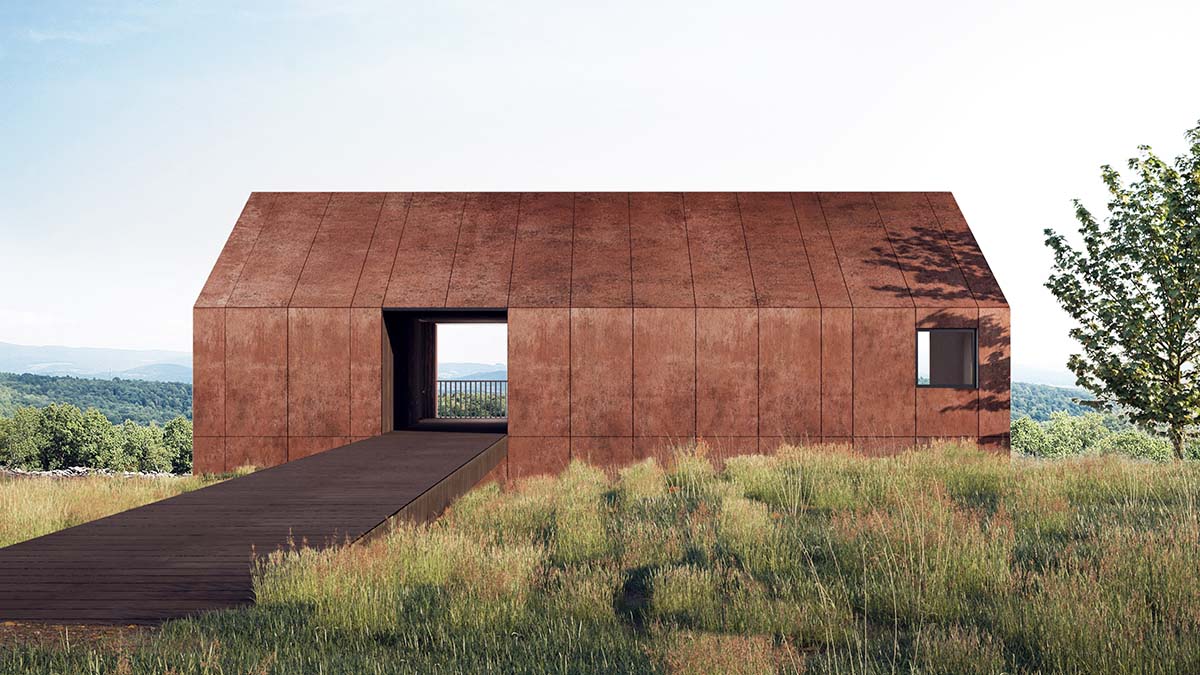 Admirers of materials-based architecture like Louis Kahn’s British Art Museum at Yale and Luis Barragán’s house for himself in Mexico City, Worrell and Yeung enjoy the give-and-take of collaborating with masons and craftspeople. Their mixed-use complex 77 Washington, in Brooklyn, offered the chance to prove their skill with materials old and new. The 38,000-square-foot adaptive-reuse project involved renovating five adjacent buildings, creating contemporary interiors for start-up businesses and studios for an artist and a photographer, and carving out outdoor spaces from the old industrial fabric. And by preserving the extant yellow wood gates in front of a new garden and the mottled brick wall on one side of the long, outdoor space, the architects created a subtle dialogue between what’s retained and what’s revamped. They worked with landscape architect Michael van Valkenburg on the outdoor areas and a carpenter on salvaging timber for use in new furniture. “People walk by and say, ‘What did they do?’” says Worrell with a chuckle. 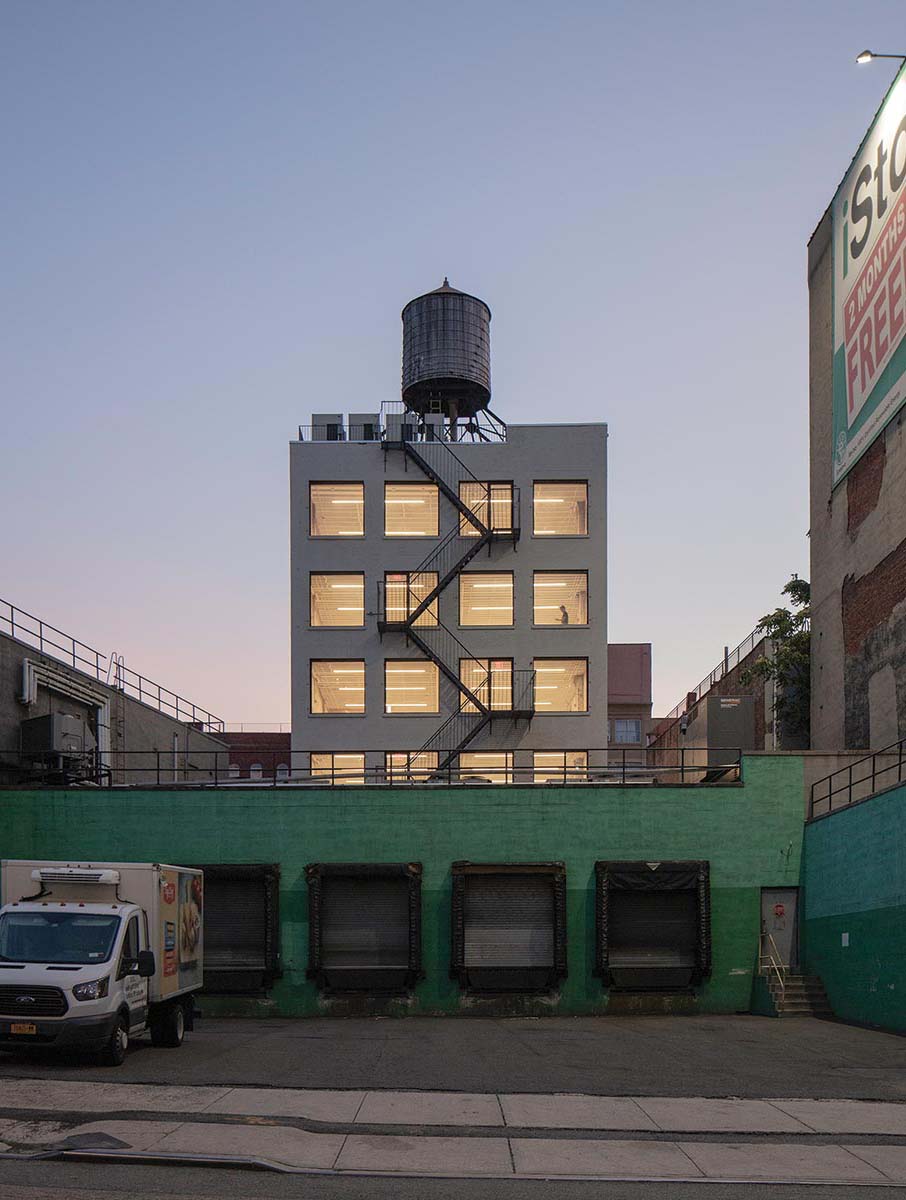 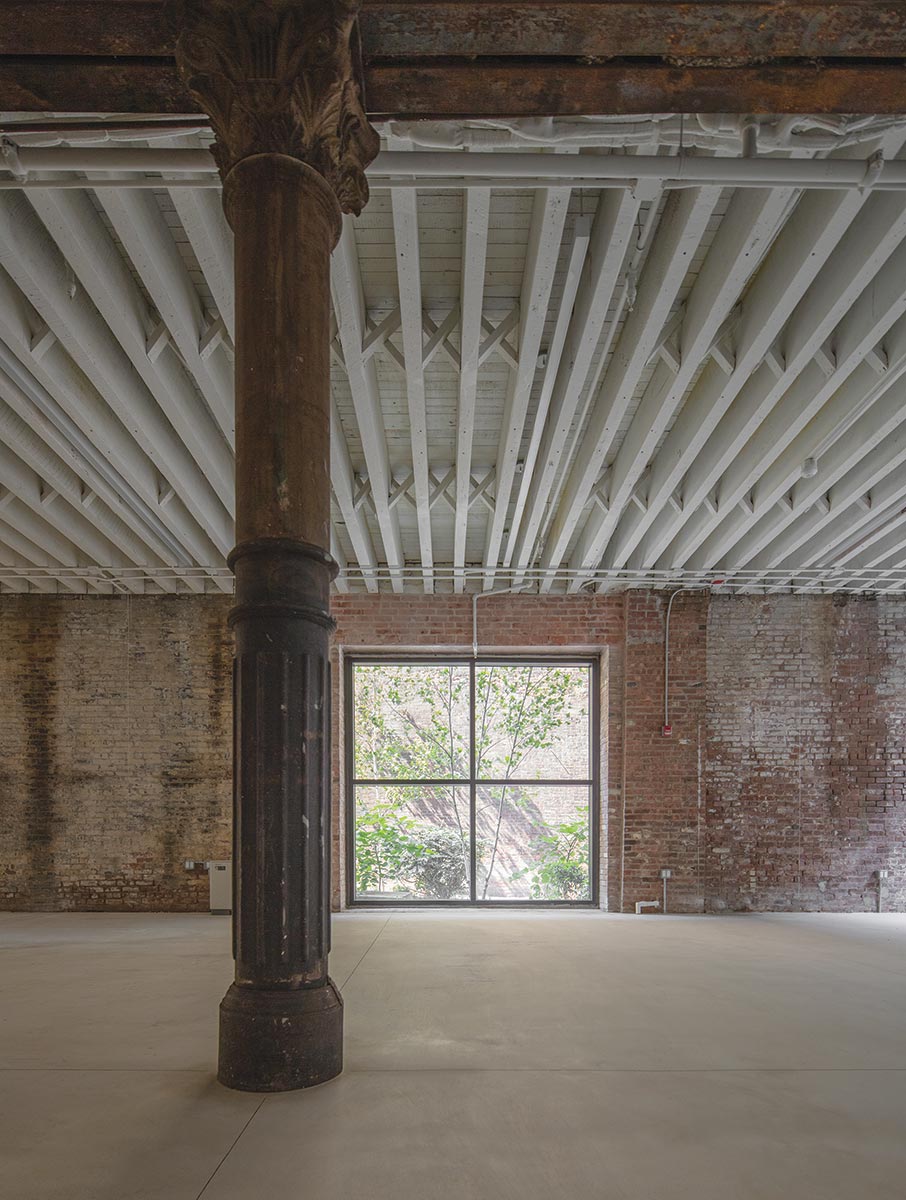 77 Washington: To provide diffuse daylight inside, new 12-by-12-foot openings were cut into the brick envelope of this six-story 1920s factory building near the Brooklyn Navy Yard, which anchors a complex of five adjacent structures. While detailed simply, the large openings “required a fair bit of structural ingenuity,” says Yeung. Photos © Naho Kubota

The firm’s work often refers to formal archetypes such as agrarian buildings and rural houses. For example, Ancram Barn, a 1,500-square-foot structure on a 30-acre property in upstate New York, combines a rectangular footprint and a gable roof to acknowledge vernacular architecture in the area and establish a quiet presence in the landscape. 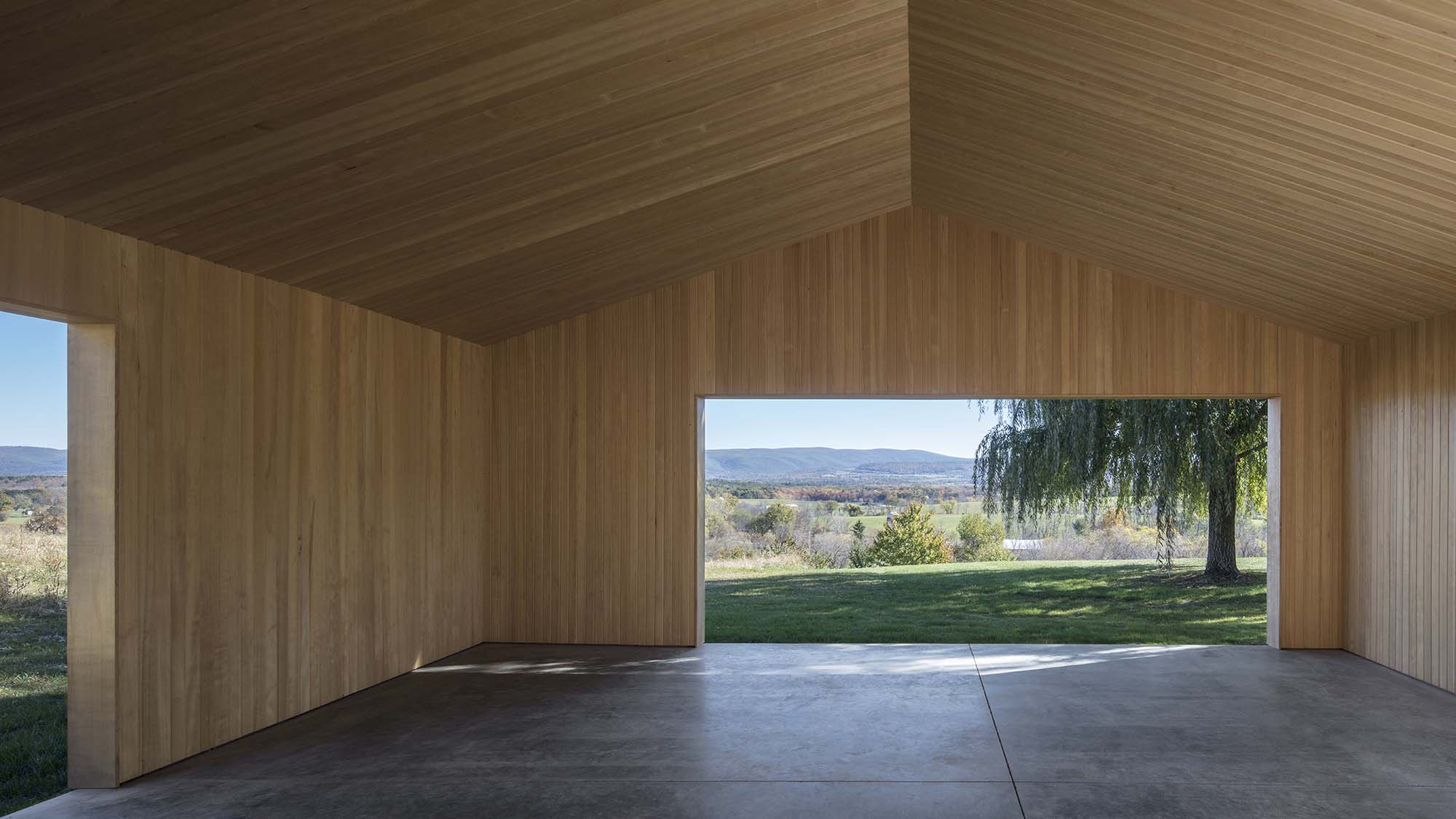 The architects have several projects nearing completion, including a steel-frame house in East Hampton and a gallery in SoHo. They came in second place last fall in an international competition for the Museum of April and Universal Values in Portugal and hope to work at a range of scales, from furniture to institutional buildings. Although eager to do bigger projects, they understand that incremental growth may be more organic and sustainable in the long run. 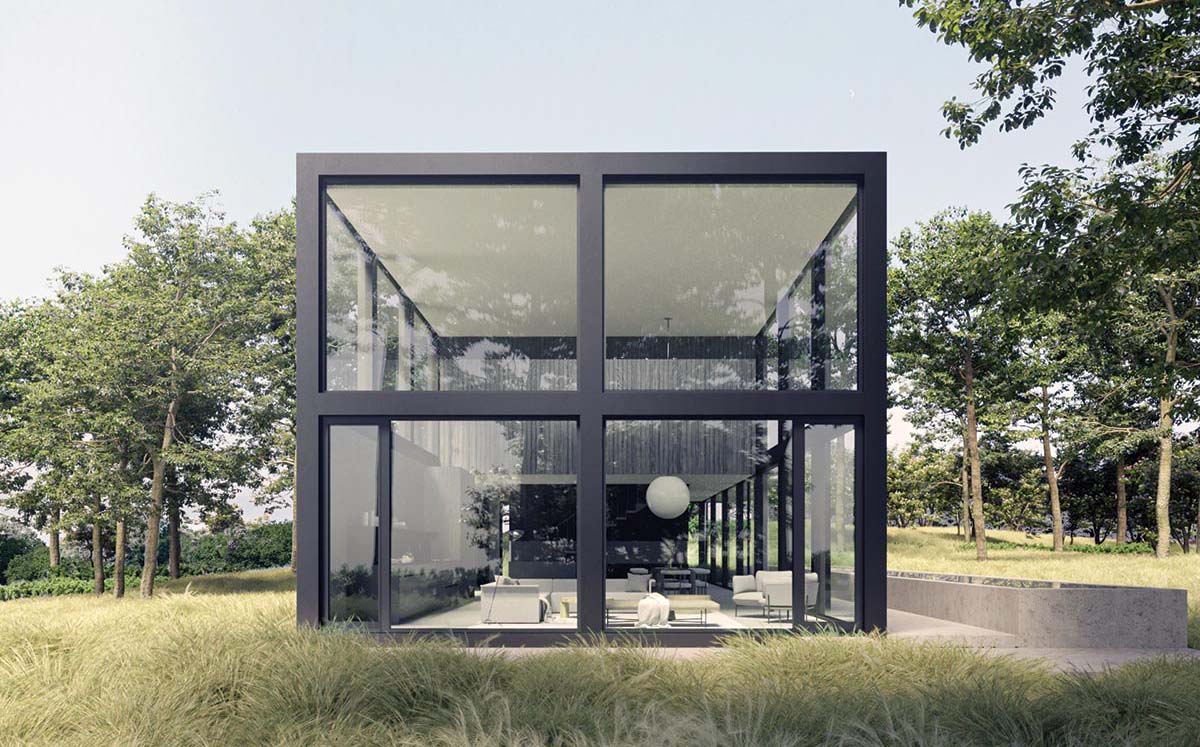 Frame House: Situated on a bluff edge overlooking Gardiners Bay in East Hampton, NY, Frame House is a study on a grid structure two bays wide by two bays tall by seven bays long, expressed through a steel frame that establishes the rhythm of the interior and exterior. Working from the desire for a transparent glass house, the modularity of the frame allows for considered placement of opaque walls that respond to the immediate site, solar orientations, and interior functions. Image courtesy Worrell Yeung 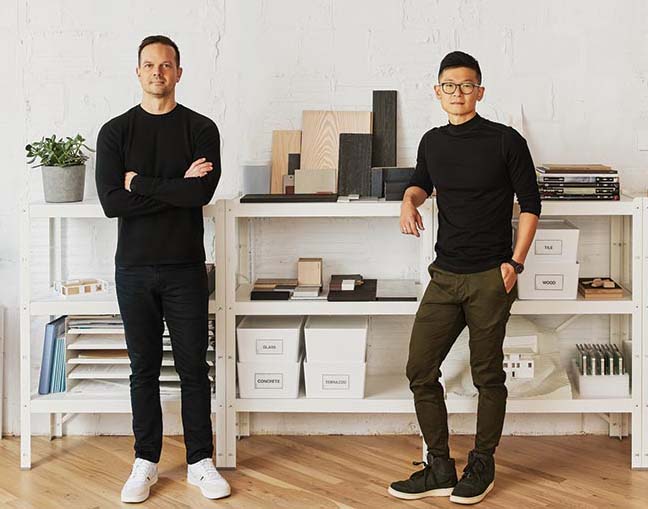