Founded in 1948 at the northern edge of Bogotá’s colonial center, the Universidad de los Andes came into existence at an inflection point in the history of Colombia and its capital. In April of that year, the assassination of liberal politician Jorge Eliécer Gaitán sparked protests and a subsequent government crackdown that brought the city to its knees. The following year, Le Corbusier submitted a master plan for the city’s explosive growth—a plan that, had it been realized, would have obliterated swaths of what are now protected historic districts. When the institution opened in November of 1948, in a former factory and women’s prison, as Colombia’s first private, secular institution of higher education, it did so with the express goal of building a new and better nation.

With a current enrollment of roughly 14,000 students, the Universidad de los Andes has remained committed to its central location, growing up the mountain slopes as a dense assemblage of freestanding volumes connected by gardens and winding footpaths. Stacked like a citadel and closely guarded by private security, the campus, for all its beauty, has long contradicted the university’s stated mission to “impart to its students [a sense of] social and civic responsibility as well as commitment to their surroundings.” The building negotiates its steep site at the base of the Andes (1) with such elements as a stair carved with transverse ramps (2) and a sloping bridge (3). Photos © Roland Halbe, click to enlarge.

In 2016, the university invited nearly two dozen international architecture firms to pair with Colombian offices in a competition for a new Civic Center, selecting Santiago, Chile–based Cristián Undurraga and Bogotá-based Konrad Brunner, who died in 2018. The university hoped the project would solve the problem of the institution’s engagement with the city—or lack thereof. For years, “the university had no face to turn toward the city,” says Daniel Guzmán, partner at KB Arquitectos, the successor firm to Konrad Brunner Arquitectos.“The sense people had was that the rich were up above, and everyone else was below,” says Guzmán, who worked closely with Undurraga throughout the project’s realization. As much as providing classrooms and multiuse spaces for students, the university needed, Guzmán says, “to articulate the point where the campus meets the city, to join it with the urban fabric.” The design by Undurraga and Brunner took as its starting point the unification of distinct urban registers: the garden city–style layout of the university and the orthogonal grid of the historic center. Scale was an essential consideration, in order not to overwhelm the surrounding public spaces and a historic rectory building to the south of the Civic Center. The project’s 112,000-square-foot first phase, now completed, rises four stories above street level at its highest point (there are three more stories belowground), the concrete surface lightened by a puzzle-like brise-soleil that lends a porous translucency to the otherwise monolithic volume. Windows at the street level open onto a semi-interred public art gallery, accessed via a brick stairwell etched with transverse ramps, both sculptural and practical.

With the completion of Phase II within the next three years, the complex will open around a central plaza—a colonial courtyard house expanded to the urban scale—which will distribute traffic between a restaurant and a public library, as well as a university theater and gallery on the floor below. At the level of what is now the university’s main quadrangle, the Civic Center’s roof, planted with native grasses and ground cover, will give the campus a new central green while extending the piedmont landscape of the Andes into the city. “It’s a very urban building, and urbanity implies empathy, generosity, not only with a place but with its people,” Undurraga says. “It appeals to the idea that the University is part of the nation, part of the city, part of the neighborhood.” 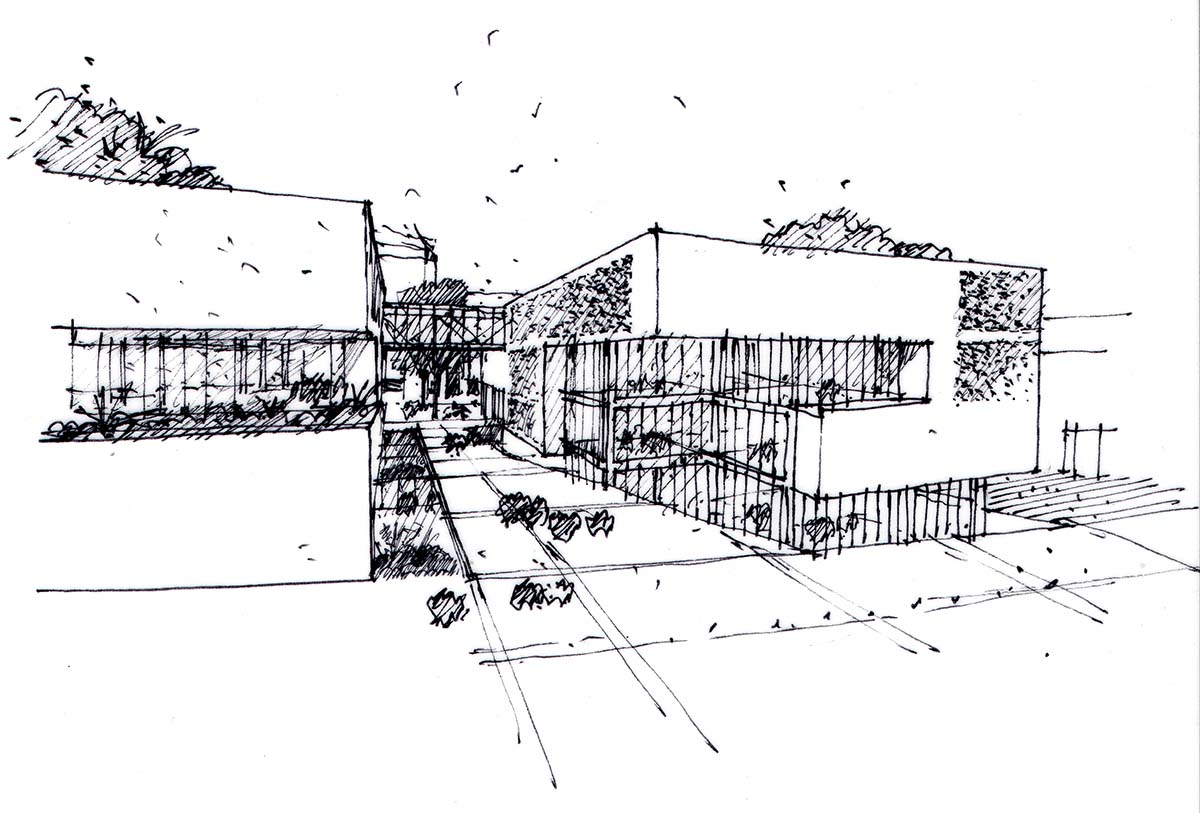 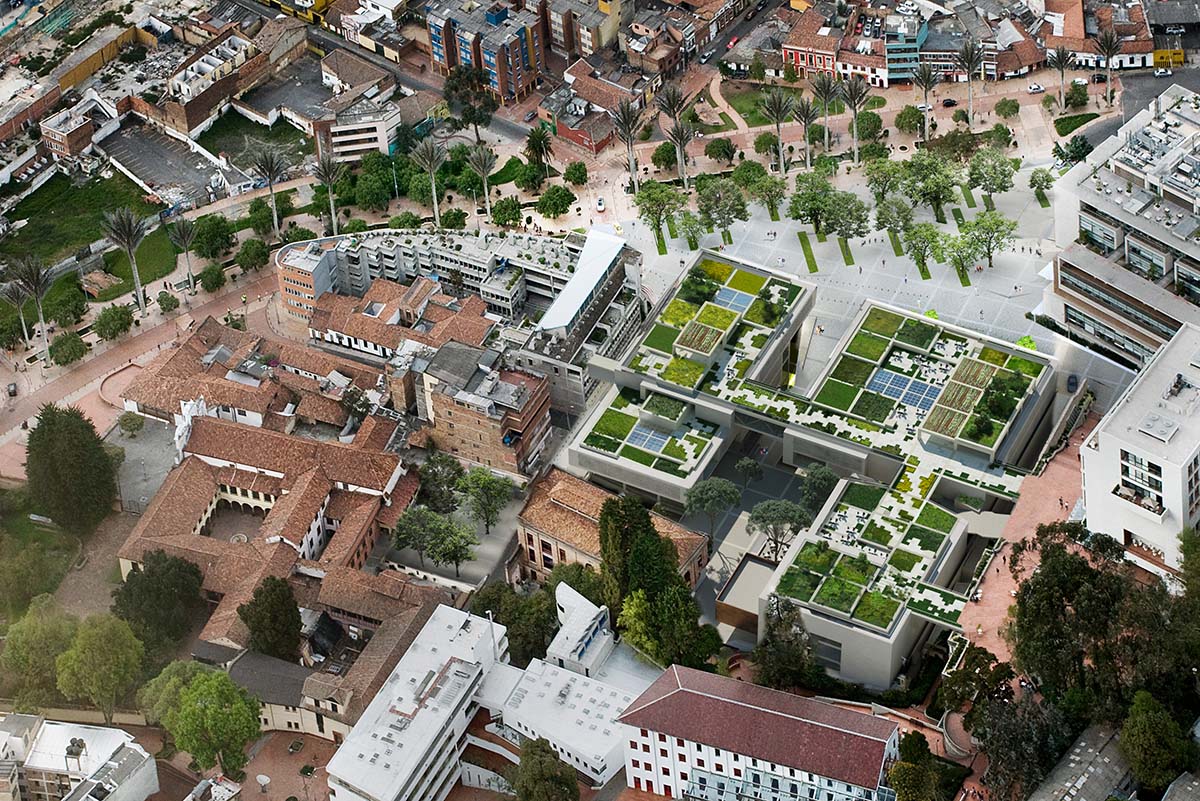 Once the complex’s second structure is built, its planted roof will extend the piedmont landscape of the Andes into the city. Image Undurraga Devés Arquitectos + Konrad Brunner Arquitectos

Public functions were, for Undurraga and Brunner, the central tasks of the project. Inside, they aimed for simplicity, rationality, and flexibility, designing the structure as an isotropic grid of concrete columns and beams, organized in 27½-by-27½-foot bays that can, in the future, be reorganized by adding or removing walls. The core of the built structure revolves around an open stairwell, suspended by slender steel struts and bathed in sun from a skylight overhead. Pale, blush-colored brick covers the floors in the building’s public areas—the city’s emblematic material infiltrating the university—while perforated oak-toned panels conceal acoustic dampening. The city’s emblematic blush-toned pavers cover the floors of the public spaces, including a study hall (4) and the stair atrium (5). Photo © Roland Halbe

Achieving such simplicity while meeting Bogotá’s strict seismic requirements meant incorporating a sophisticated system of base isolation, which allowed a lighter, more open interior structure. “It’s a complex building, but that complexity is discreet,” Undurraga says. In the context of a campus and a city, such restraint is essential to “the urban ethic of being a good neighbor, of civic maturity.”

Until the full project is finished and all of its facilities open to the public, it’s difficult to tell how neighborly the new Civic Center will really be or just how successful it is in erasing the borders between campus and city that the university itself has spent decades establishing. Barriers are not only physical, after all, and opening pathways through private property does not guarantee that those unaffiliated with the institution will feel comfortable traversing them.

But cities, as Undurraga points out, are a mess of contradictions, places where anonymity and density breed both segregation and creativity, inequality and freedom. Private universities will always be part of such problems, even when attempting to solve them. The Civic Center not only has to resolve the disjunction between the architectural and spatial orders of campus and city, but also the paradox of a building that is at once private and public, exclusive and inclusive. Like the physical engineering that facilitates the building’s open interior, the Civic Center uses quietly complex social engineering to propose a more open interface with the city. It remains to be seen how the institution, thus fortified, will sustain future seismic shifts in Colombia’s political and civic life. It has, at least, made a solid attempt. 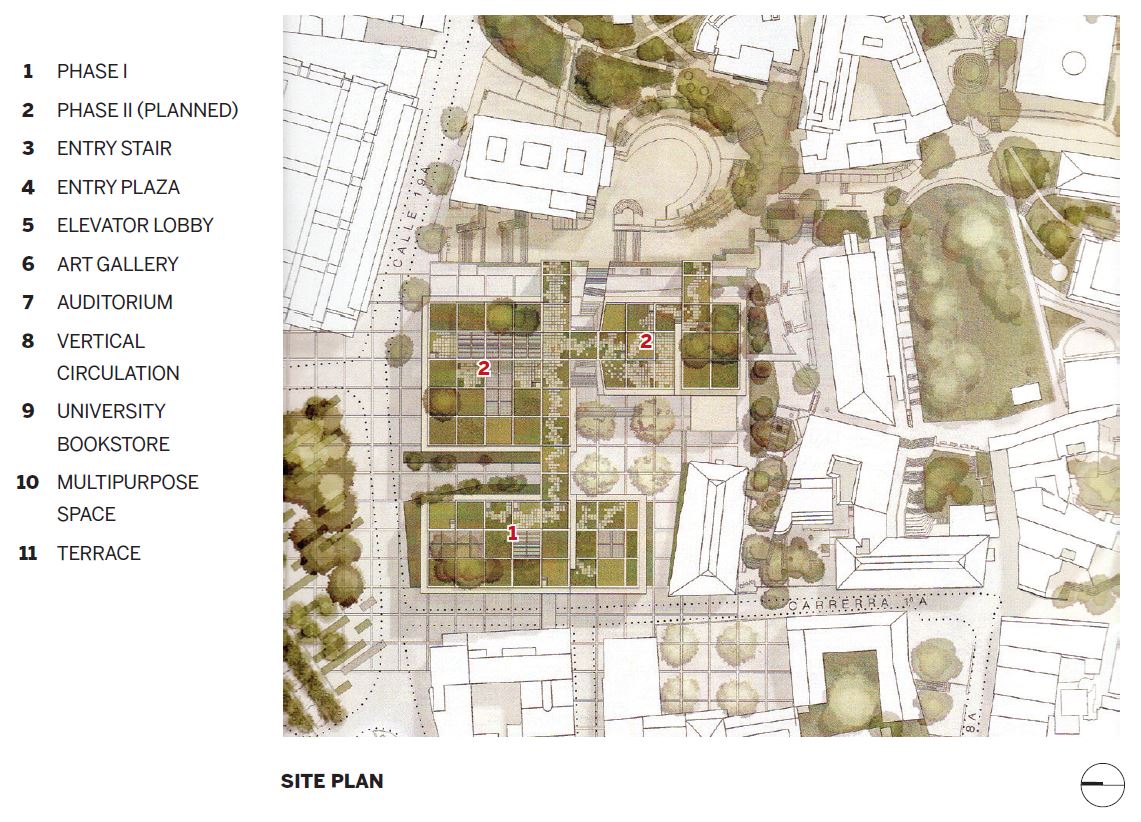 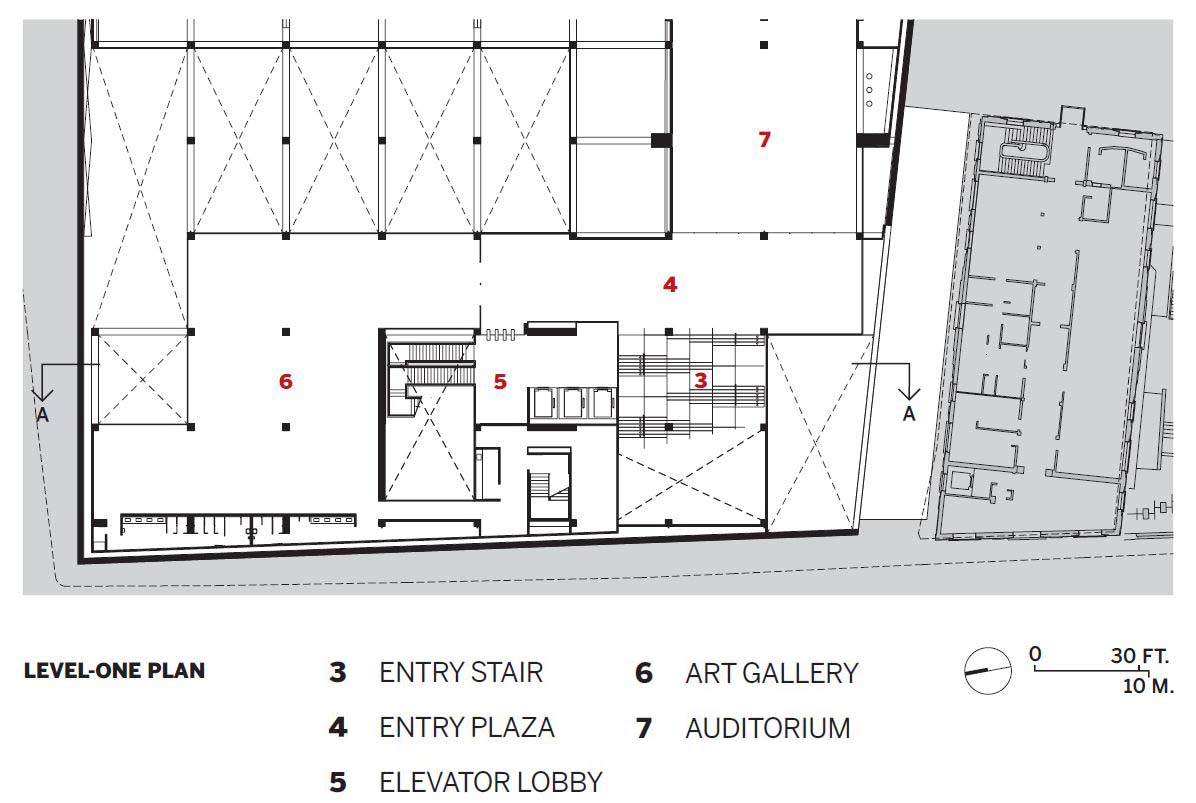