By James Murdock
Gary van Deursen knows a thing or two about innovation. Before starting his own consulting business last year, he was the head of product design for General Electric, Black & Decker, and The Stanley Works. As the man behind success stories such as the GE Auto Shut-Off iron—the world’s first such appliance—and the Black & Decker SnakeLight, van Deuersen also knows why certain products succeed or fail. Advertising is important, obviously, but the deeper answer might surprise you. 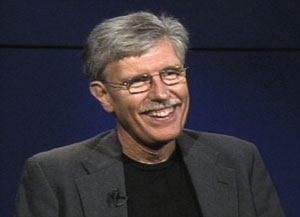 “The reality in the majority of products is that they really don’t know what they were trying to be in life, what the problem was that they really set out to solve. The identification of a really worthwhile problem to the end user is the key in making a successful product,” van Deursen says. “You could have a very well-designed product that doesn’t particularly solve a problem and it’s going to be a failure, whereas if you identify a really innovative problem and do a halfway good job of doing the solution to it, you’re still going to have a very big success.”
Interestingly, despite the maxims that “ask the customer” and “the customer is always right,” asking consumers what they want is not particularly helpful identifying innovative problems. Consumers can give product manufacturers useful tips about making incremental improvements to the aesthetics or ergonomics of a product, but they’re less able to identify root problems. The best source of information, van Deursen says, is making careful observations of how consumers actually use products.
Making a successful product includes identifying an innovative problem that needs solving, but it also requires a flare for design—provoking a “Wow!” response from consumers. During Architectural Record’s Innovations conference in October 2007, van Deursen spoke with RECORD’s news editor, James Murdock, about the importance of design and how to generate a “Wow!”
KEYWORDS: innovation conference