The Art of Presentation

Getting on the short list of an invited design competition is one thing. Nailing it is another.

Does the best design always win a competition? Not necessarily. Vying for a commission is a tricky process, especially when you're up against a short list of your peers. Who can forget the impression that Daniel Libeskind made in the public presentation a decade ago for plans to rebuild Ground Zero? With less experience than the other six contending teams, he came out on top. Was it just the strength of his scheme? Or did it help that his presentation, with his coming-to-America immigrant saga, captured the imagination of public officials and much of the audience? 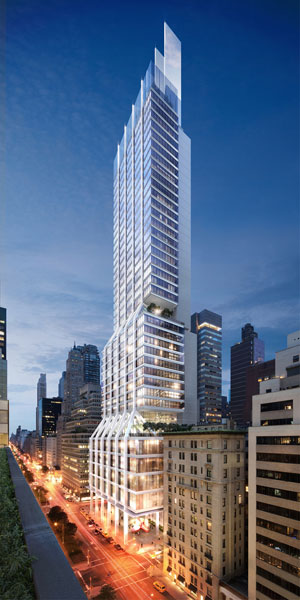 “Few architects realize the presentation is key,” says Bill Lacy, the dean of design-jury advisers, who has helped guide the selection of the architect for the California Academy of Sciences (Renzo Piano), the Nelson-Atkins Museum of Art addition (Steven Holl), and many others. Ed Feiner, a principal with Perkins+Will, who ran the Design Excellence program at the General Services Administration from 1996 to 2005, agrees. After the short list is formed, he notes, “the due diligence is over,” and the client expects that each architect on the list could do the job. The deciding factor? “Probably the most important element is the interview,” says Feiner. Eugene Kohn, partner at Kohn Pedersen Fox and a master presenter known for his smooth style—sincere, serious, yet laced with humor—says: “You don't win without a good scheme and a good team, but you can blow it on the presentation.” There is no winning formula, but you can learn from architects with a convincing style and advisers who witness such performances.

If you are really confident—and have the personal charisma to match it—less can be more. Philip Johnson was famous for arriving without notes and not showing any slides, in those pre-digital days. And he'd get the job. Edward Larrabee Barnes would pull out a piece of paper with a doodle on it from a jacket pocket, then another sketch from another pocket, and so on. And he'd get the job. I.M. Pei has walked into interviews without models or drawings, just ideas and quiet charm. Piano—who usually declines to even participate in competitions—may arrive at client meetings with nothing more than his beguiling Italian accent and green felt-tip pen to make a few seemingly impromptu sketches.

That technique won him a prestigious museum commission after he'd followed a famous rival who gave “one of the most extravagant presentations ever,” according to one observer. Piano simply sat at the same conference-room table, but without any models or drawings—just a sketch pad and his charming, lilting voice. “He was relaxed and persuasive,” says our source. “But you have to be good at this.”

And those back-to-back interviews can be daunting. “Presenting is like speed dating,” says developer David Levinson, whose company, L&L, is planning a tower at 425 Park Avenue in New York. With architect and planner Vishaan Chakrabarti as adviser, Levinson winnowed a list of 11 firms to four architects: Norman Foster of Foster + Partners, Richard Rogers of Rogers Stirk Harbour, Zaha Hadid, and Rem Koolhaas of OMA. They made the first round of presentations in July, with a final decision to be made this month. Levinson admits, “Seductive presentations bring you into their vision.” (L&L announced on October 3 that it had selected Foster + Partners to design the 650,000 square foot office tower.)

Preparation, of course, matters, though winning architects have varying techniques. “Take public speaking and keep practicing,“ advises Kohn. T.J. Gottesdiener, the seemingly modest managing partner of Skidmore, Owings & Merrill, says: “We rehearse for hours, so we feel comfortable.” But Liz Diller, another artful presenter—an intellectual who is articulate yet down to earth—doesn't agree. “I feel when I practice, I lose my edge,”says the principal of Diller Scofidio + Renfro. The charismatic Bjarke Ingels of Bjarke Ingels Group (BIG) comes on with an upbeat ebullience and straight talk. “Juries are often dominated by non-architects,” he says. “Using introverted architectural lingo doesn't help.”

Longtime architectural partners develop their own modes of presentation—a kind of duet that depends on each one's strengths. When Tod Williams and Billie Tsien interviewed for the commission to design the new Barnes Foundation in Philadelphia, they struck a balance of clarity and enthusiasm, recalls Martha Thorne, the executive director of the Pritzker Architecture Prize and adviser for the Barnes selection committee: “Tod had an optimistic, nervous energy. Billie was calm. It was like watching smoothly flowing water.” That style extended to the content of their presentation. “The abstract ideas in their explanation were countered with a real understanding of the program,” says Thorne.

What hurt the losers on the short list of the Barnes competition? Diller presented three schemes, giving a detailed analysis of each. “You can overthink a solution,” she now admits. “My instinct is to show that decisions are complex and layered. But that is not necessarily the way to get the job.” Some clients like to see flexibility but, says Thorne, it can hurt if it appears the architect doesn't have a strong conviction or is not comfortable with the program. Yet too much conviction can be even more damaging. One of the other short-listed architects presented a scheme that veered far from the prescribed program. When asked if he would consider altering his design, he said, politely, no.

It seems obvious to point out that you should learn as much as you can about a project before you meet the jury. Feiner recalls a famous architect who didn't have time—or didn't bother—to check out the site for a National Institutes of Health facility in Bethesda, Maryland. Another short-listed architect, Robert Frasca of Zimmer Gunsul Frasca, won the job by his knowledgeable discussion of the hospital's impact on the neighborhood. Last year, when Ingels successfully went after a new building for the Kimball Art Center in Park City, Utah, the Danish designer points out, “we were competing against American firms. So we really familiarized ourselves with the historic neighborhood and the city, looking for that thing that would make the design idea have relevance to the community. We even went skiing.”

Of course, despite those rare architects who walk into interviews alone and unadorned, bringing along stunning visuals—drawings, models, computer renderings, and digital presentations—is more important than ever. Architect Russell Crader of Adjaye Associates says that the wow factor goes to firms like MVRDV, OMA, and Herzog & de Meuron, whose sophisticated animations, with music and subtitles, seem essential to nabbing commissions in the global marketplace, especially if there's a language barrier. Just check out MVRDV's presentation for the China Comic and Animation Museum in Hangzhou, with an animated video that showed their proposed design was based on clusters of speech balloons from cartoons. Besides the fact they got the commission, their animation has had 43,000 hits and counting on YouTube.

As projects have become increasingly complex, choreographing your presentation by bringing along the right consultants matters more than ever, too.“It often seems you can't get on a short list for a hot-dog stand without having four or five consultants,” says Ingels. But beware of allowing too many team members to talk. “It can be distracting,” says Kohn, who suggests that clients usually want to see the whole team but hear only from one or two presenters.

Still, even a veteran like Kohn can miscalculate. Recently, KPF lost out on a mixed-use project in London, which included a hotel, because the developers wanted to hear more from the team's specialists—such as those with expertise in hotel design. “And we had the most beautiful presentation,” Kohn says somewhat ruefully.

No one wins them all. Ingels (who was on a team with AECOM) lost a major commission to redesign the Chicago Navy Pier, which went to James Corner Field Operations last winter. But his memo-to-self: “Make sure you are doing something that satisfies your curiosity and desire for experimentation. The losing scheme could be a breakthrough that will inform the next project.” Diller agrees. “It's another opportunity to think through certain problems,” she says. And like Ingels and other colleagues such as Gottesdiener, she takes one more step when she gets the bad news—she calls the client to find out why her firm lost. “While it may be hard to muster emotional energy,” Diller says, “it does give you a sense of closure.” And there will always be a next time.