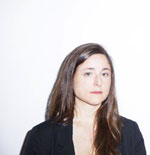 Emily Abruzzo is a founding principal of Abruzzo Bodziak Architects (ABA), an internationally-recognized practice with experience ranging from civic and cultural projects to homes and exhibitions. ABA’s work is defined by an innovative approach to contextuality, relentless focus on detail, and a strong conceptual viewpoint.

A Critic at the Yale School of Architecture, Abruzzo is also a founding editor and publisher of 306090, a 2014 MacDowell Fellow, and a Fellow of the Forum and Institute for Urban Design. Abruzzo received a Bachelor of Arts from Columbia University and a Master of Architecture and Certificate in Media and Modernity from Princeton University, where she was also a Fellow at the Center for Arts and Cultural Policy Studies.

Back to Awards Page

What Biden’s $2 Trillion Infrastructure Proposal Could Mean for Architects