The Critical Role of the Client

By Cathleen McGuigan
It takes a great client to make a great building, as architects like to say when they’re feeling modest. One of the major patrons of the 20th century put it this way: “Great architecture is ... a triple achievement. It is the solving of a concrete problem. It is the free expression of the architect himself. And it is an inspired and intuitive expression of his client.” Those were the words of J. Irwin Miller, whose elegant Modernist house by Eero Saarinen, built in 1957 in Columbus, Indiana, opened to the public for the first time in May. Since then, tours of the house have been booked solid and are sold-out through August. 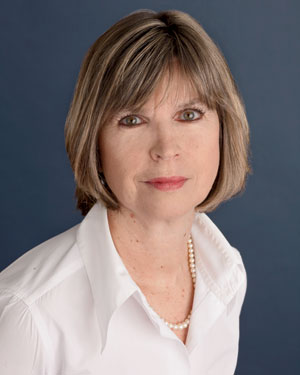 Photo: © Erica Lansner
Since the Miller family donated its famed house to the Indianapolis Museum of Art, it has undergone a $2mil restoration. In this video, produced by the museum, IMA director Maxwell Anderson, design curator R. Craig Miller, and landscape architect Meg Storrow discuss the project.
The house was one of four projects that Saarinen built for Miller. Three are now National Historic Landmarks: Besides the residence, Saarinen designed the family’s bank, the Irwin Union Bank and Trust Company, and its place of worship, the North Christian Church, both in Columbus as well. Saarinen’s work has been extensively explored in recent years in several books and a traveling exhibition — but what about the man who was his most important client?
Miller, as you might expect, was an extraordinary figure, beyond the fact that he commissioned several radically modern works of architecture for a small town in southern Indiana in the 1950s. Born in 1909, he took over a struggling family business, the Cummins Engine Company, and grew it into a global Fortune 500 company. He’d studied at Yale and Oxford; he was deeply committed to his Christian faith; he was a philanthropist and public servant. His profile was high enough that in October 1967, Esquire magazine put him on the cover with the line: “This man ought to be the next President of the United States.”
The political times were, in some ways, similar to ours. A Democratic president, stuck in an unpopular war, had seen the Republican party make gains in the midterm elections. Yet a year out from the next presidential race, no obvious Republican candidate had emerged to take on the incumbent (President Lyndon Johnson did not withdraw from running until the following spring). Esquire’s conceit was to find the ideal challenger — “a Republican of proved leadership abilities whose character, experience, and intelligence might qualify him” (there was no thought then of “her”). New York mayor John Lindsay suggested Miller as a dream candidate to Esquire’s writer, who would later call the highly principled Indiana business leader almost too good to be true, someone Spencer Tracy would play in a movie.
Miller never entered elective politics but had a significant impact in his day. A moderate, he had encouraged the unionization of his own factory in the 1930s; he was the first layperson elected president of the National Council of Churches; he helped organize the 1963 Civil Rights March on Washington (Martin Luther King Jr. called him “the most progressive businessman in America”). Yet those achievements have faded next to Miller’s concrete legacy: the remarkable Saarinen commissions (and the collaboration with Dan Kiley, who created the stunning landscape surrounding the Miller house, and Alexander Girard, who worked closely with Miller’s wife, Xenia, on the wonderfully idiosyncratic interiors).
Miller’s passion for design also brought many mid-century Modern architects to work in Columbus. Through the Cummins Foundation, he proposed to pay the design fee for new schools if the school board hired from a list of talented younger architects (Saarinen drew up the list). The embrace of contemporary architecture spread to those who commissioned other public buildings and churches in town. Columbus became an architectural tourist destination because of the work by such figures as I.M. Pei, Harry Weese, and Edward Larrabee Barnes. Now Saarinen’s Miller House is the latest lure.
Miller’s level of patronage is rare. But in Basel, Switzerland, the Novartis pharmaceutical company, under the leadership of the chairman of the board, Daniel Vasella, has been constructing a 50-acre campus of office and laboratory buildings over the last decade, by a roster of top international architects, such as SANAA, Yoshio Taniguchi, and Rafael Moneo, with Bill Lacy advising on their selection. Vasella wanted to create a model workplace, not only in the quality of each building but also with the overall design of the campus, the landscape, and the installation of artwork. The idea is that great design inspires creativity among those who work there — and helps attract top talent to the company. We’re pleased to be the first American architecture magazine to cover this ambitious ongoing project in some detail, with a close look at the lighting and design of two of the buildings, by Frank Gehry and Fumihiko Maki. Maki has also designed a building for Novartis’s new campus in New Jersey, as have Rafael Vi'oly and Weiss/Manfredi. There are tentative plans for a building by Maya Lin at Novartis’s complex in Cambridge, Massachusetts. We look forward to following the progress of these North American projects as an “inspired and intuitive expression” of this forward-looking client. And we’re wondering who else will create such rich architectural legacies in the 21st century.