This website requires certain cookies to work and uses other cookies to help you have the best experience. By visiting this website, certain cookies have already been set, which you may delete and block. By closing this message or continuing to use our site, you agree to the use of cookies. Visit our updated privacy and cookie policy to learn more.
Home » Golden Valley Midcentury Modern House by Strand Design / Str8 Modern
Residential ArchitectureHouse of the Month

Midcentury houses have their charms, but they often lack the airy yet comfortable atmosphere that contemporary dwellers covet. Such was the case with a 60-year-old residence in the Minneapolis area that was recently overhauled by local firm Strand Design in collaboration with the builder and real-estate company Str8 Modern. 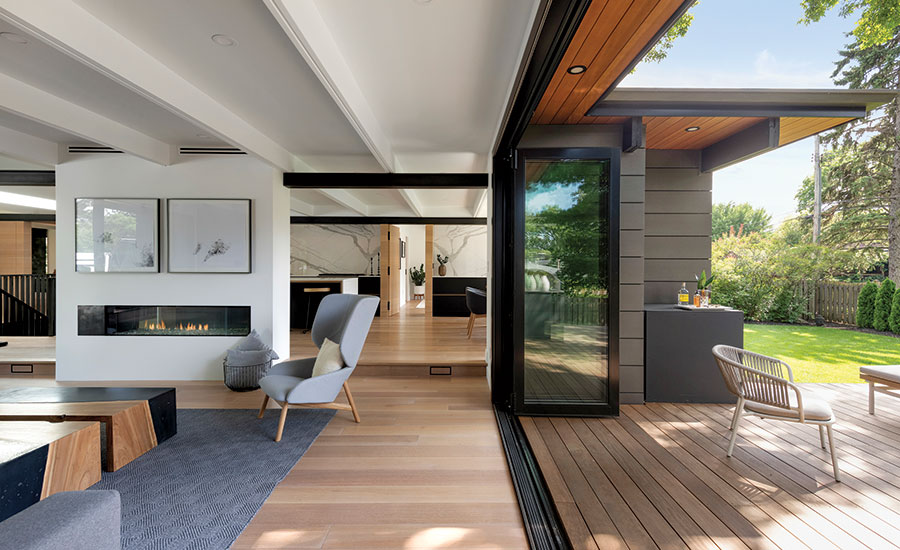 The main living spaces are on the upper level. Photo © Spacecrafters, click to enlarge.

The owner of Str8 Modern, Tony Videen, bought the property in 2018 to serve as his own home and promptly set out to remedy its smallish, dark rooms and update its aesthetic. He turned to architect David Strand to help modernize the dwelling while retaining its footprint and long, clean lines.

The team decided to strip the building down to its studs. The exterior was reclad with bonderized steel, cedar, and standing-seam metal panels. The team replaced the roof, enlarged the windows, and added subtle “bump outs” to provide a bit more space inside. On the front elevation, a concrete retaining wall now reinforces the house’s crisp silhouette. 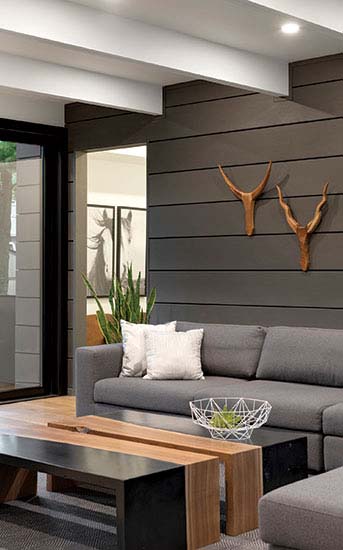 By reconfiguring the interior, Strand created a more fluid layout and rooms that “feel ample and light,” he says. The top floor encompasses public areas, the primary bedroom, and an office. A skylit stairwell leads to the lower level, which contains a media room, game room, and bedrooms.

Throughout the residence, a limited material palette offers a sense of purity and cohesiveness. Generous apertures, including a 14-foot-wide folding glass door in the den, provide a strong connection to the outdoors. In sum, the dwelling exhibits all of the benefits of a newly built structure while still honoring its origins. Says Strand: “The new and old marry together seamlessly.”

LACMA to Collect Houses—or Maybe Not