These eight towers around the world, some in planning and others approaching completion, project ambition in scale and form. 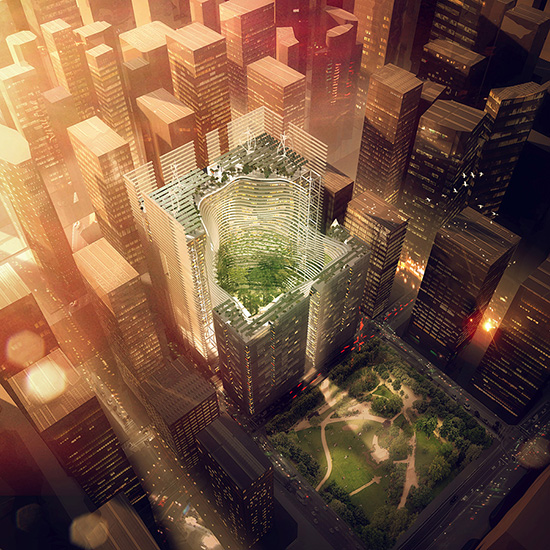 Connecting the two glass-and-copper-clad towers of SHoP Architects' new residential high-rise in Manhattan, a 100-foot-long glass sky bridge—complete with a 75-foot-long indoor lap pool—floats 300 feet above the ground. The 41- and 48-story volumes of the K-shaped building, which is slated for completion by fall 2017, contain more than 760 rental units with up to three bedrooms. Residents will have access to such amenities as a double-height fitness center with a rock-climbing wall, Turkish bath, spa, juice bar, and an infinity pool on the roof deck. 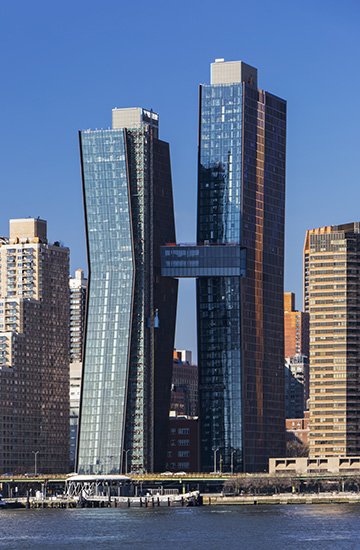 A three-dimensional ribbon of glass “pixels” wraps around the facade of Büro Ole Scheeren’s new 77-story tower. The building, which broke ground in the summer of 2011 and is almost complete, will contain more than 200 luxury residential units in addition to a boutique hotel, seven floors of retail space, and an observation deck. With a height of 1,031 feet, it is the tallest building in Thailand. 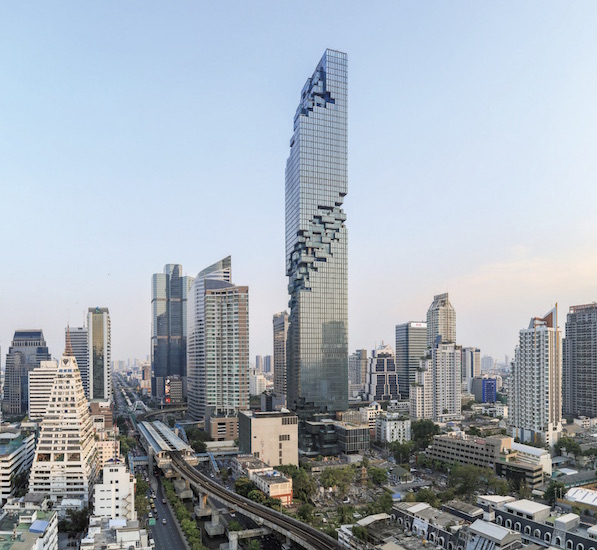 In the new Fengtai Financial District of China’s capital city, a 46-story tower by Zaha Hadid Architects is rising. The mixed-use building straddles a subway tunnel dividing the site and gently twists around the 623-foot atrium—said to be the world’s tallest—at its core. Slated for completion in December 2018, the almost 2 million-square-foot building is aiming for LEED Gold certification and is the firm’s fourth project for the developer, SOHO China, to date. 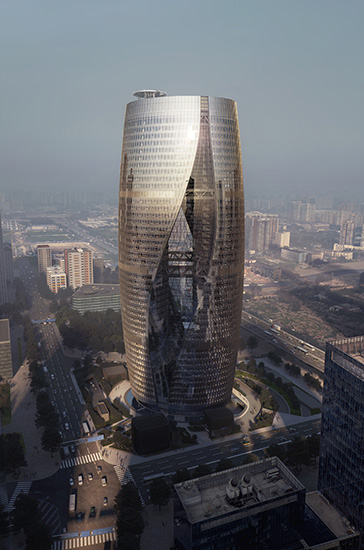 Just last month, a 123-story tower by Kohn Pedersen Fox Associates opened in South Korea, becoming the tallest building in the country and fifth-tallest in the world. The 1,823-foot-tall tower is the firm’s first for Lotte and is slated for LEED Gold certification. Clad in silvery glass, the sleek, tapered building contains office, hotel, and retail space, as well as high-end residential units. The top 10 floors will house public facilities, including an observation deck and rooftop café. 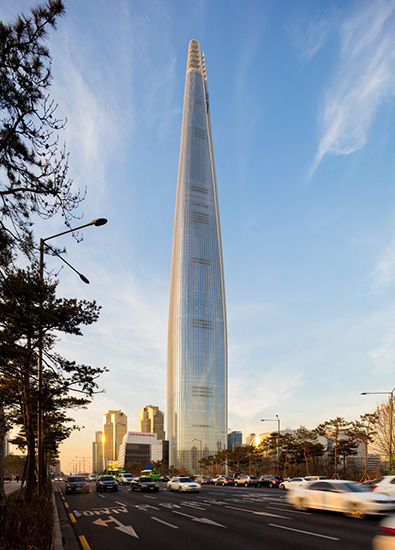 Rising from a jumble of cranes crisscrossing the skyline of the Saudi capital, an 80-story tower by HOK and local firm Omrania is slated for completion by 2018. The 1,260-foot-tall building is the tallest of its peers in the new King Abdullah Financial District. With a master plan by Henning Larsen Architects, the ambitious development has projects under way by such firms as Gensler, Nikken Sekkei, Foster + Partners, Goettsch Partners, and Skidmore, Owings & Merrill. The tower is aiming for LEED Gold certification and will have an observation deck, double-height sky lobbies, a two-story auditorium, and amenities like a fitness center, pool, and cafeteria within its folded geometric facade. 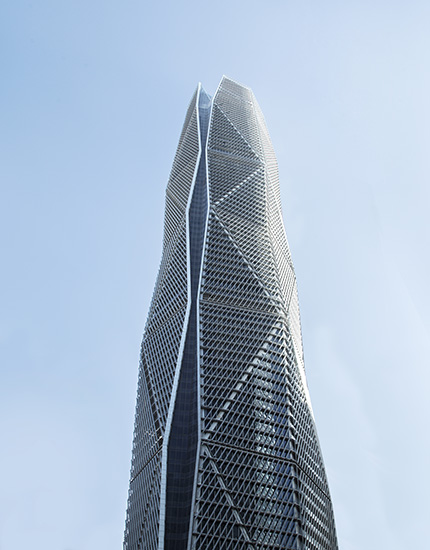 When it tops out at 120 stories and 1,450 feet, a tower in India by Pei Cobb Freed & Partners will earn the distinction of being both the country’s tallest building and the tallest residential high-rise in the world. The project incorporates sustainable features like green roofs, rainwater harvesting systems, and Dark Sky–compliant exterior lighting. With 280 units and amenities such as a full-sized cricket pitch, the curvilinear concrete structure will open in 2018 as the first of three luxury residential towers planned for the 17-acre mixed-use Lodha Place development. 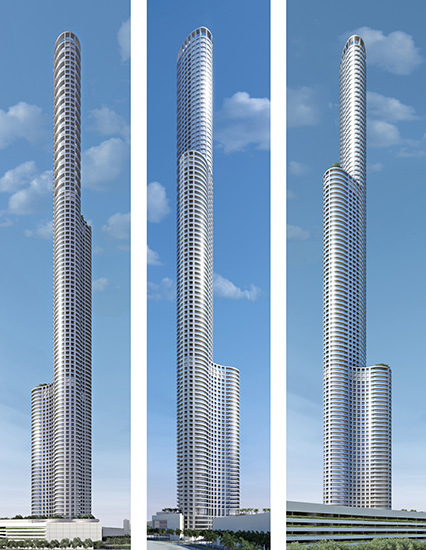 Set to open in 2020 and planned to be the tallest building in the world, the Jeddah Tower is currently 51 stories off the ground—about 25 percent complete. The 3,280-foot-tall reinforced concrete building designed by Chicago-based Adrian Smith + Gordon Gill Architecture is expected to cost $1.2 billion to construct and will include a hotel, offices, residential units, and a sky terrace. The building will anchor the $20 billion mixeduse Kingdom City development. 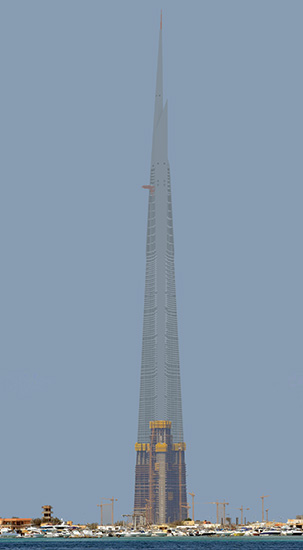