In February, furnishings giant Ikea launched Kungsbacka, a line of kitchen cabinetry fronts like no other. Designed with Swedish studio Form Us With Love, the anthracite-gray, matte-finish surfaces are made entirely of recycled waste, namely PET bottles and reclaimed industrial wood.

Ikea began the development process in March 2015, working with 3B, a Salgareda, Italy–based research and development company, to develop a plastic-foil veneer derived from PET, a recyclable plastic resin used in food packaging, clothing, and carpets. This material is laminated upon particleboard fronts made from reclaimed wood, resulting in an impact-resistant and easily cleaned surface that Ikea backs with a 25-year limited warranty.

Available in the United States and Sweden, the Kungsbacka collection features six pieces, including a toe kick, a 15-by-30-inch door front, and a two-door corner-base cabinet set. The line can be used with a range of Ikea kitchen systems.

“What we do has a big effect on the environment because we work with such large quantities,” says Anna Granath, an Ikea product developer. “With the new material, we can avoid using an oil-based plastic and produce more sustainably—without having to compromise quality, form, or price.” 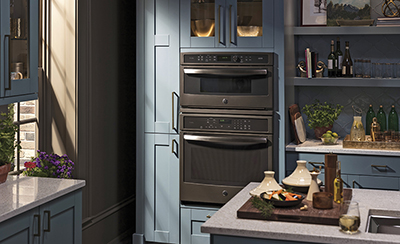 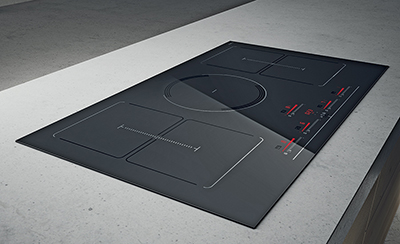 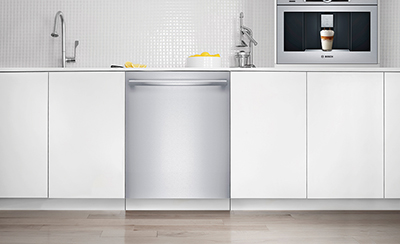 If the house is a machine for living, it only follows that the kitchen is a machine for cooking—one that’s increasingly powered with wireless technology as industry players keep moving toward automated systems.

At January’s Kitchen and Bath Industry Show (KBIS), Italian manu­facturer Elica added models (an aspirating cooktop among them) to its Stream collection, which uses wireless sensory technology to optimize ventilation and cooking settings. European kitchen brand Bosch also launched its cross-platform Home Connect collection; these smartphone-enabled appliances include refrigerators, coffeemakers, ovens, dish­washers, and washers and dryers. Operable with iOS and Android devices—as well as compatible with Amazon and Nest proprietary software and controllers—the new offerings allow for remote activation and automated safety measures. For example, a Nest Protect smoke alarm can sync with a smart oven, warning a user via a push notification on her smartphone that she should change her oven settings or turn off the appliance to avoid burning the food.

Beyond the screen of a smartphone app, GE Appliances will continue to roll out its new Geneva voice assistant: the first Amazon Alexa “skill” to be applied to a broad range of kitchen appliances. Geneva will be com­pat­i­ble with the brand’s 70-strong line of existing WiFi-connected kitchen appliances, plus more than 40 additional products launching this year. Aside from convenience and energy savings, this feature is “an important tool for mobility and accessibility,” says Bill Gardner, GE Appliances’ program manager for voice integration. “Everyone thinks technology is for the young,” he points out, “but these kinds of tools are made for many types of users and abilities.” —AK