Albert Vecerka has been observing the built environment through a camera lens for the last 20 years. Trained as an architect at the City College of New York (CCNY), where he has taught since 2004, the Esto photographer’s keen eye for color, form, and texture are highlighted in an ongoing show at his alma mater titled Five Artists + Architecture. The 50-some photographs include both personal projects and commissions, offering a survey of Vecerka’s work from the last two decades.

Colorful, active shots of Harlem from 1998 to 2015 make up a good portion of the exhibition. “There are a couple blocks I’ve revisited over the years, where you can see how things are changing,” says Vecerka, who has lived in the area since studying at CCNY. “But mostly it’s things that in some way represent the character of the neighborhood.”

Also on view is a series of photographs from the decrepit Eastern State Penitentiary in Philadelphia. Taken between 1999 and 2001, the haunting (and large, measuring up to 6- by 8-feet in size) images depict the crumbling ruins of the structure that once held Al Capone. With striking interplay between light and shadow, Vecerka’s shots poignantly capture the eerie feel of the now-defunct prison.

Scroll through the slideshow above for an exclusive look at some of Vecerka's photos from the show. 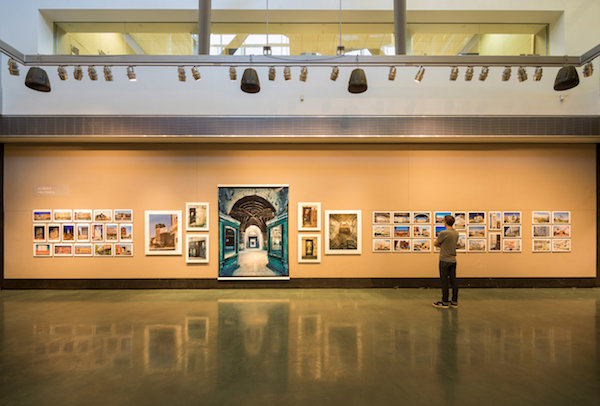 Five Artists + Architecture runs through February 16 at the Bernard and Anne Spitzer School of Architecture.