Balkrishna Doshi was sitting his in his garden in Ahmedabad—the largest city in the Indian state of Gujarat—chatting with his wife and a friend when he received a phone call from Martha Thorne, executive director of the Pritzker Architecture Prize. She asked him if he was still able to travel. “When you get old, people wonder about what you can do and what you cannot do,” explained the 90-year-old architect. “I told her yes, I’m still travelling, and then she mentioned to me this award.” Doshi is the 45th winner of the profession’s highest international honor, and the first from India. “I was very thrilled and extremely surprised,” he told RECORD by phone.

An architect, urban planner, and educator for some 70 years, Doshi was born in 1927, in Pune, India. His extended Hindu family has been connected to the furniture industry for two generations, and from a young age, Doshi proved adept at art and spatial reasoning.

His academic career in architecture began in 1947—the year India gained its independence—at the prestigious Sir J.J. College of Architecture in what was then called Bombay (now Mumbai).  As a young man he traveled to study in London, then went to Paris where he apprenticed under his “guru,” Le Corbusier, despite not speaking French. Returning to India in 1954, he oversaw work on the great architect’s buildings in Chandigarh and Ahmedabad. Doshi married Kamala Parikh in 1955 and founded his own practice, Vastushilpa, in 1956; he then received a Graham Foundation fellowship in 1958 and traveled to the U.S. where he met Louis Kahn in Philadelphia. They became friends, and Doshi began working with Kahn in 1962 on the Indian Institute of Management in Ahmedabad.

Doshi’s collaborations with Le Corbusier and Kahn, masters of Modernism, continued for decades. He transplanted Modernist ideas to India, expertly merging them with the context and customs of his home country—the setting for his entire body of work. “I am a part of this culture, and architecture is a holistic profession,” he said. “As an architect, if I’m not able to do something for the people, to provide them with what they need, then I think I’m leaving something undone.”

Doshi’s work in low- and middle-incoming housing demonstrates his dedication to this belief. His designs for projects such as the ATIRA Low-Cost Housing in Ahmedabad (1958), the Vidhyadhar Nagar master plan outside of Jaipur (1984), and the Aranya Low-Cost Housing in Indore (1989) take into account factors like as the angle of the sun, the direction of the prevailing winds, and the patterns and order of existing settlements when orienting streets and demarcating plots. As the Pritzker jury citation put it, “The entire planning of the community, the scale, the creation of public, semi-public and private spaces are a testament to his understanding of how cities work and the importance of the urban design.”

A teacher as much as a practitioner, Doshi’s first experience with the American educational system came during his years as a Graham fellow (1958-59), when he lectured at Washington University in St. Louis. (He later taught at the University of Pennsylvania, as well.) “What I learned was that we need to be rooted, but also open-minded; we must be global and local in order to understand how our culture has been sustained over centuries,” he said. “It made me want to take a fresh look at architecture in India, and the only way to do that was to start a new school for new thought.”

He founded the School of Architecture in Ahmedabad in 1962 and served as its first director. The institution and its campus, both shaped by Doshi, continued to expand, ultimately becoming the Centre for Environmental Planning and Technology or CEPT University, as it’s called today. (RMA Architects’ Lilavati Lalbhai Library, which RECORD published in February—the school’s first building not designed by the newest Pritzker Laureate—opened in October 2017; because of Doshi’s legacy, CEPT alum and RMA founder Rahul Mehrotra called the commission “intimidating, to say the least.”) 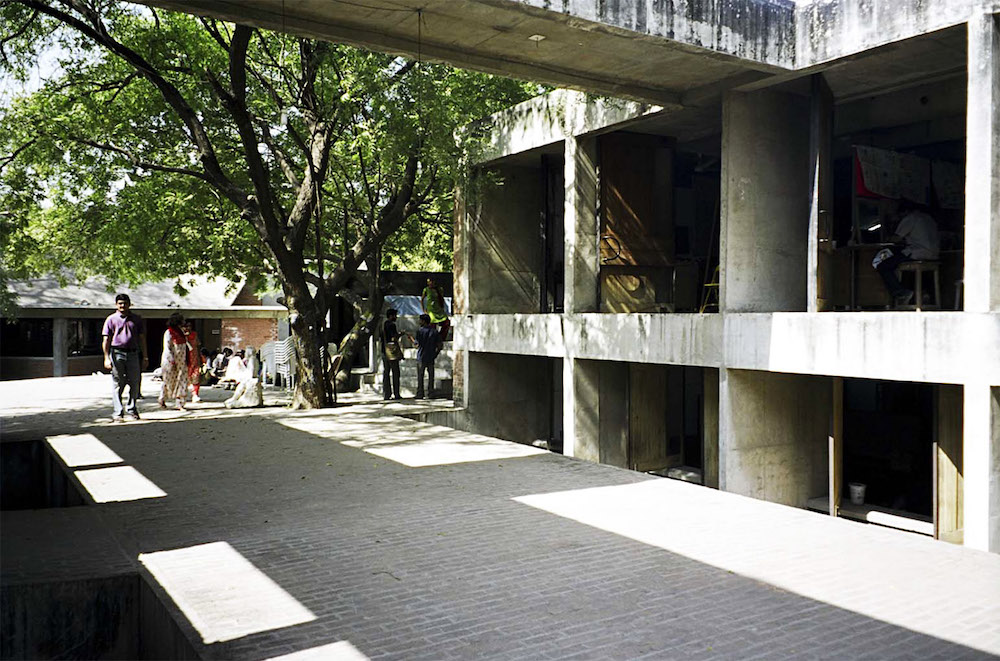 While the astounding breadth of Doshi’s work spans civic buildings, educational and cultural institutions, and private residences, all of his projects reflect a profound understanding of their context, a thoughtful response to the human condition, and an innate commitment to sustainability. His own Ahmedabad studio, called Sangath, exemplifies these characteristics. Communal areas like a garden and outdoor amphitheater point to the architect’s commitment to collaboration and interaction, while vaulted roofs, sunken spaces, and grassy landscaping allay the extreme heat while deferring to the site’s natural characteristics. As the Pritzker jury citation noted, “Doshi has created an equilibrium and peace among all the components—material and immaterial—which result in a whole that is much more than the sum of the parts.” Other notable works include cultural spaces such as Tagore Memorial Hall (Ahmedabad, 1967), the Institute of Indology (Ahmedabad, 1962), and Premabhai Hall (Ahmedabad, 1976); as well as the Life Insurance Corporation Housing or “Bima Nagar” (Ahmedabad, 1973) and the private residence Kamala House (Ahmedabad, 1963), among many others 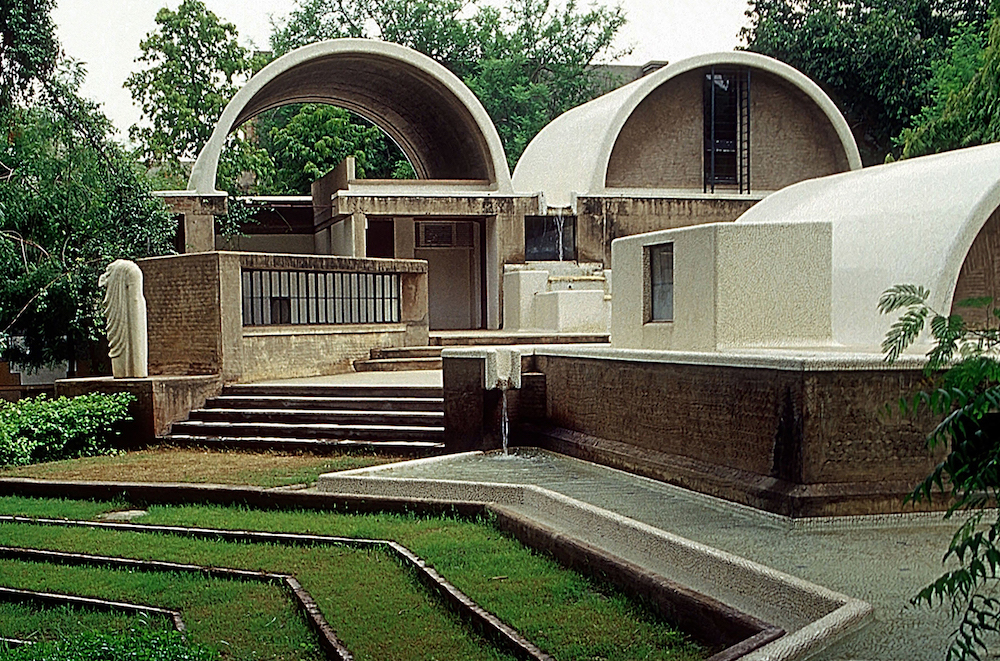 Doshi is still active in his firm, now renamed Vastushilpa Partners, which boasts 5 partners and some 60 employees. The firm’s work is as diverse as that of their founder; of their many projects, said Doshi, “I work on the buildings I enjoy.” But the unifying theme remains a commitment to sustainability and connection to context—or, as Doshi puts it: “These buildings talk about today and tomorrow.”

The newest Pritzker winner is no stranger to the prize: He served as a juror from 2005 to 2007, when Thom Mayne, Paulo Mendes da Rocha, and Richard Rogers received the honor.

Having been both a juror and now a laureate, he says: “I think it’s better to be on this side, no?”

The 2018 Pritzker Architecture Prize will be conferred on Balkrishna Doshi at a ceremony at the Aga Khan Museum in Toronto in May.