Ruby City—the newly completed museum by Adjaye Associates in San Antonio, Texas—is quite literally the dream come true of its late benefactor, Linda Pace. Shortly before her death in 2007, the artist, collector, and philanthropist had a dream about a city made of rubies. She sketched her vision and shared it with David Adjaye, whom she had met through a mutual friend, the British filmmaker and artist Isaac Julien. Pace’s drawing served as inspiration for a project that has now come to fruition.

The two-story, 14,000-square-foot structure is composed of a base for the lobby and offices, with a second level of angular, cantilevered forms for the galleries. “From very early on, we pursued this idea of the podium with the volumes on top, which is really taken almost directly from Linda’s sketch,” Adjaye told Architectural Record at a press preview of the museum, while explaining that his study of San Antonio’s Spanish colonial architecture also informed elements of the building’s profile. Nestled onto a site south of downtown, next to the San Pedro Creek, the edifice is surrounded by a plaza and sculpture garden. Alamo Architects, a local firm familiar well acquainted with the area, served as architect of record on the project.

True to its name, Ruby City is clad in precast-concrete panels that are bright red. Fabricated in Mexico, they include chips of red and red-orange glass that sparkle in the intense Texas sun. The dynamism of the exterior is enhanced by varied surface textures, with the lower panels polished to a high shine and the upper panels left with a rough, exposed aggregate finish. For continuity, the exterior entry court and interior lobby floor were poured using the same concrete mix as the panels.

While the front plaza is blindingly bright, the entrance to the building, covered by a cantilevered second-floor gallery, is relatively dark. A single shaft of light cuts through the shaded vestibule from a James Turrell–like opening. Inside the glass front doors, dark red walls and the polished red concrete floor further enhance the drama of moving from the outside in. In this darkened transitional space, Adjaye aims to “open your eyes, dilate your pupils.” Heading into the rest of the museum, “You’re then able to look at the color of the light,” he said, “ because your eyes have opened. And then we go up into the experience.”

A sun-drenched stairway with white walls and blackened-metal handrails leads to the second-floor landing, where one encounters the first of several large, glazed openings. A pair of horizontal windows looks east toward Chris Park, a one-acre oasis Pace opened in 2005 in memory of her late son, Christopher Goldsbury, where multiple works by artist Teresita Fernández meld with the landscape. In the surrounding neighborhood, visitors can also see other “products of the 20th century,” Adjaye joked, including power lines and industrial buildings and warehouses.

The 10,000 square feet of exhibition space are divided into three large galleries. The first two, with high ceilings of sloping planes, are illuminated from above by clerestory windows covered with expanded metal mesh, while the third gallery, which Adjaye describes as a “20th-century box,” has a flat 16-foot ceiling and a pair of horizontal windows that can be blacked out if necessary. (The inaugural exhibit will include an immersive video piece by Julien; Pace’s collection of the artist’s work is the largest in the world.)

Throughout the galleries, the matte gray concrete floors are pulled ¾-inch away from the white walls, forming a 3-inch-deep channel alongside the slab—a subtle but elegant detail that allows cords to be hidden and also imparts a sense of groundedness.

The openings between rooms usher visitors smoothly from one gallery to the next, terminating in an exit staircase to the lobby, facing the stair one first ascended to enter. “It’s a journey, and starting and ending in exactly the same place is important in understanding the experience,” Adjaye said. “What I’ve done is to wrap that in a loop that hopefully feels natural.”

On the lower level, staff offices face the sculpture garden where Nancy Rubin’s 1997 piece entitled 5,000 lbs. of Sonny’s Airplane Parts, Linda’s Place, and 550 lbs. of Tire-Wire stands. But the best view of this artwork is from the conference room, dubbed the “jewel box” by Adjaye, which is off-limits to the public. A set of orangey-red fiberboard doors, created by artist Jorge Pardo, adorn the entrance. The room is wrapped in panels of reclaimed longleaf pine and anchored by a 2,500-pound polished-concrete table, designed by the architect. “The trustees wanted a beautiful space that would be a memorial to Linda,” says Kelly O’Connor, head of the museum’s collections and communi­cations, who began working with Pace in 2006 as her studio assistant and registrar. “David took that vision and elevated it.”

For some, the building may call to mind the nearby public library by Ricardo Legorreta (1995)—another monumental, geometric red-orange structure. But similarities between the two end there: the library’s painted exterior is bright but static while Adjaye’s building glitters. And where Legorreta’s work has become alienated from its urban context by a closed-off street presence and road-bound site, Ruby City’s location offers an opportunity to connect disparate parts of the community.

Situated in a formerly industrial area, where old factories are increasingly being converted into luxury condominiums, the building’s entrance points away from those developments and toward the historically less affluent parts of town. With free admission, a slate of public and family-oriented events planned for its October opening, and a staff prepared to offer bilingual tours of the collection, the institution seems poised to fulfill Pace’s dream of being, as O’Connor puts it, “a gift to the people of San Antonio.”

Pace lived in the Alamo City most of her life. Her parents founded Pace Foods in the late 1940s, which she and her then-husband grew into a multi-million-dollar enterprise. In 2005, she opened a contemporary-art residency program and gallery called Artpace in downtown San Antonio. Now, more than a decade after her death, the completion of Ruby City is the fulfillment of her wish to share her collection of more than 900 largely contemporary works. (That number is still growing under the direction of Ruby City’s trustees.) “It’s extraordinary to see this realized,” says O’Connor, “and to know that we were able to stay true to the sketch of the dream Linda had.” 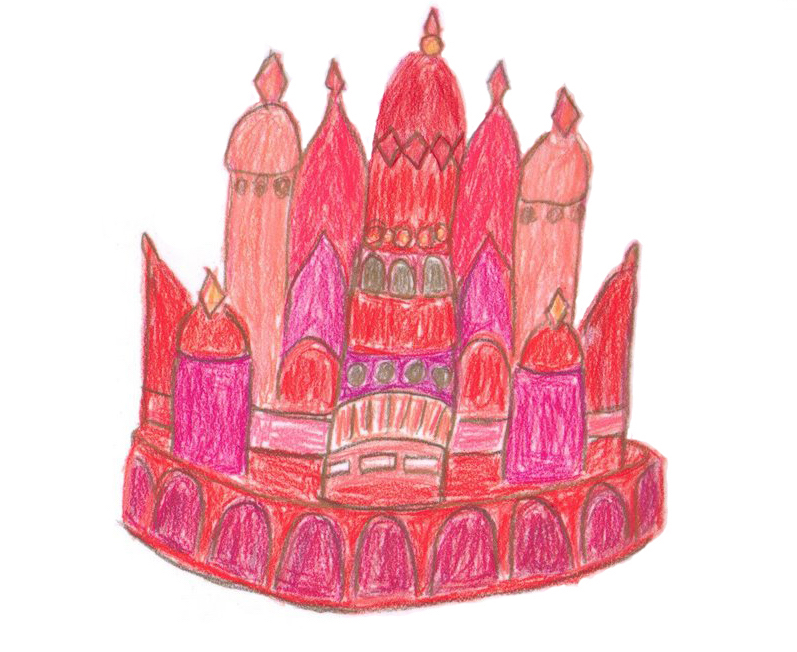