In the port city of Buenos Aires, views of water are hard to come by. But in the San Isidro area in its north, hills make the Río de la Plata visible on the horizon. On a narrow plot of land in this residential neighborhood, Chilean architect Mathias Klotz constructed an elongated rectilinear house that draws visitors through its interior toward wide-open vistas at its rear. 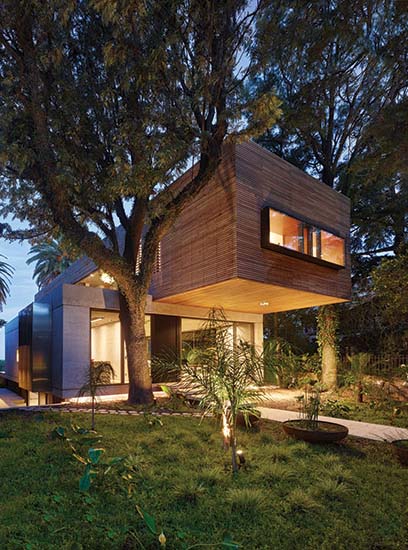 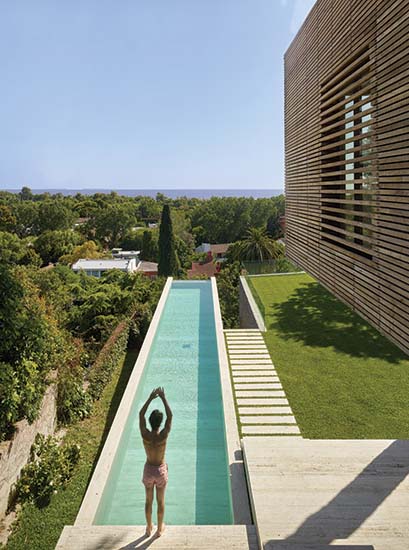 The house is composed of two stacked concrete volumes. The cantilevered top level, which contains the private spaces, is clad in lapacho wood, while the concrete at the bottom level is left exposed. A narrow pool emphasizes the structure’s length and rectilinear geometry. Photos © Roland Halbe, click to enlarge.

The house, known as Casa G, replaced a decades-old residence that was not up to the needs of the current owners, a couple with two young children. They chose Klotz to be the architect of their new home after seeing the sleek and contemporary Ponce House (2002), which he designed on a similarly constricted site nearby. Like that edifice, Casa G is composed of two rectilinear stacked volumes of poured-in-place concrete. The generously glazed lower level contains the living spaces, while the second one, with the bedrooms, a play area, and a study, relies on steel beams for the cantilevered portions. Klotz wanted to differentiate the private spaces from the more public ones, so he wrapped the upper level with slats of lapacho wood, leaving the concrete exposed at the ground floor. 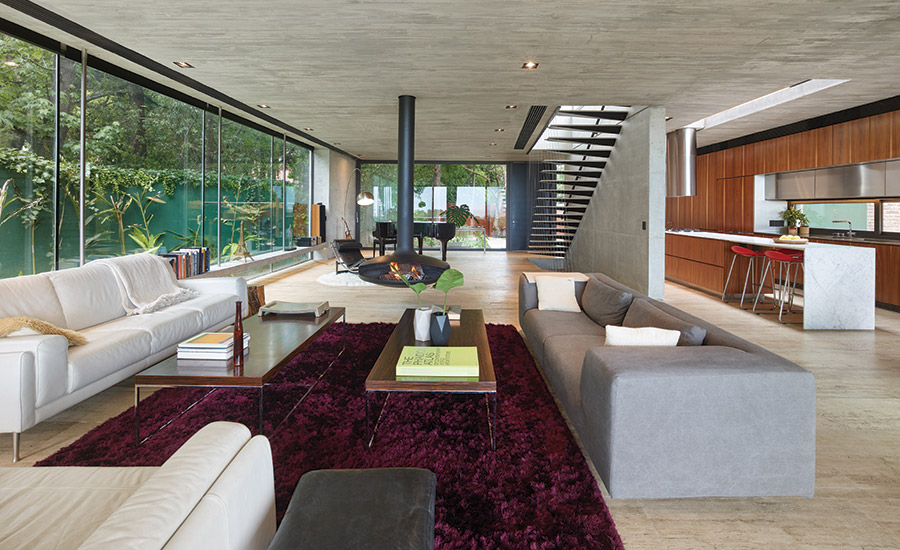 An open living and dining area, separated only by a freestanding wall that supports an open-riser stair, allows unobstructed views across the interior. Photo © Roland Halbe

The architect’s primary aim was to maintain unobstructed visual access between the interiors and the backyard. The ground floor is largely open, separated only by a freestanding east–west wall that shields the kitchen from the living room while supporting an open-riser stair that appears to float in space. A separate stair on the second floor leads to a landscaped roof, which Klotz describes as an extension of the master bedroom. The spacious back garden features a long, linear pool that echoes and extends geometric motifs found throughout the interior spaces. Perhaps the most striking view is from within the pool itself, where, says Klotz, you can “swim toward the river. 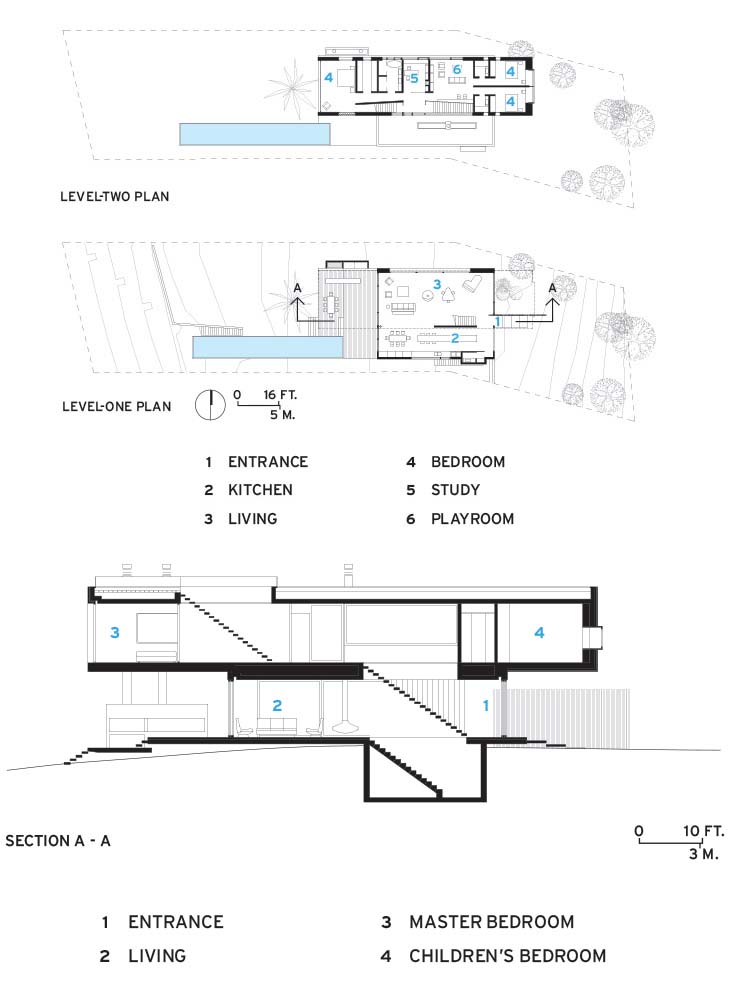