The Design District asked the eight practices to each create a pair of buildings “blind” from the other firms, according to a statement from developer Knight Dragon, giving them “the freedom to design independently and individually.” As a result, the buildings are distinct in design and materials, which include timber, glass, steel, aluminum, polycarbonate, and brick.

Once completed, the new campus will offer 150,000 square feet of workspace for creative employees, including workshops, studios, meeting rooms, restaurants, and recreation courts.

Though some of the buildings were originally scheduled to open by the end of this year, construction has gone on pause during the COVID-19 pandemic. Two structures at the far end of the site, designed by Adam Khan and HNNA, are also facing delays due to an extension of the London Underground, which intersects with the site. 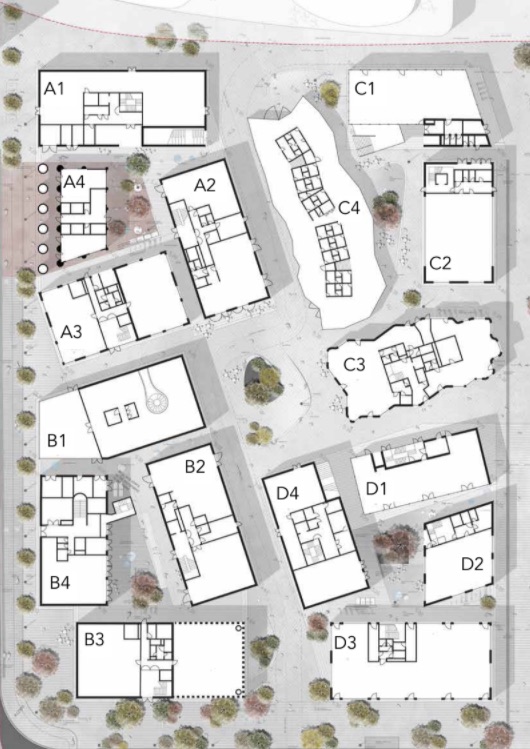