Fifty years ago this month, Americans observed the first-ever Earth Day. Denis Hayes was the event’s principal national organizer. Over the course of his varied career, he has served as the special assistant to the governor of Illinois for natural resources and the environment, worked as a Silicon Valley lawyer for the firm Cooley, and was the director of the Solar Energy Research Institute (now the National Renewable Energy Laboratory). Since 1992, Hayes has been president and CEO of the Bullitt Foundation, a nonprofit organization focused on protecting the natural environment of the Pacific Northwest. Hayes and the Bullitt were the client for a six-story net zero energy and water office building in Seattle’s Capitol Hill neighborhood that houses the Foundation’s own offices as well as commercial tenants. Seven years after completion, the Miller Hull–designed Bullitt Center remains the largest project to earn Living Building status. RECORD recently spoke with Hayes about Earth Day, the Bullitt Foundation’s initiatives, and the possibilities for an environmentally sound future. 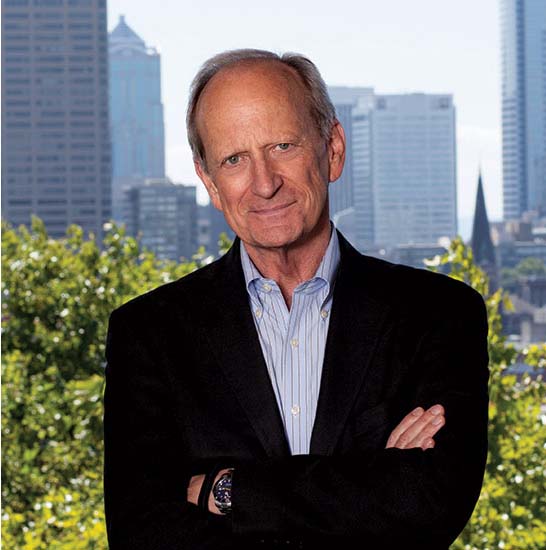 How did you get involved in Earth Day?

I had decided that I wanted to devote my life to what we would now call human ­ecology, urban ecology, or industrial ecology. That vocabulary did not then exist, but I was trying to understand why the world was so badly malfunctioning. I was in graduate school, and a senator from Wisconsin, Gaylord Nelson, had given several speeches advocating for environmental teach-ins on college campuses. Nothing like that was going on at Harvard, where I was at the time. So, with the audacity of youth, I flew to Washington, D.C., hoping to get the charter to organize the Harvard campus. I got a 15-minute courtesy interview with the senator. It turned out he didn’t have anybody organizing Harvard, or Cambridge, or Boston. Our interview turned into a couple of hours of talking, and I went back with the charter for Boston. Then a couple of days later, I got a call from his chief of staff asking whether I would drop out and come to D.C. to organize the United States. I confess, it was the most rapid series of job promotions that I’ve ever experienced.

Relatively swiftly, it became clear that the environment wasn’t really a hot issue on college campuses, compared with the Vietnam War, civil rights, and feminism. Not that long after I started, we began to focus on cities and communities rather than colleges, and we came up with the name Earth Day. After it acquired some momentum, college students did get actively involved, but they were not initially at the leading edge. It all happened in a very brief period. From the time that I was hired in December 1969 until the event itself was only five months.

I understand that there were some very tangible political and legislative outcomes of that first Earth Day. Can you tell me about them?

After that we converted the Earth Day organization into a lobbying organization. We launched a campaign against a “dirty dozen” members of Congress, and on environmental issues we managed to provide the margin of the defeat for seven of the 12 congressmen—something that gave us instant credibility on Capitol Hill. We lobbied for the Clean Air Act of 1970 as well. 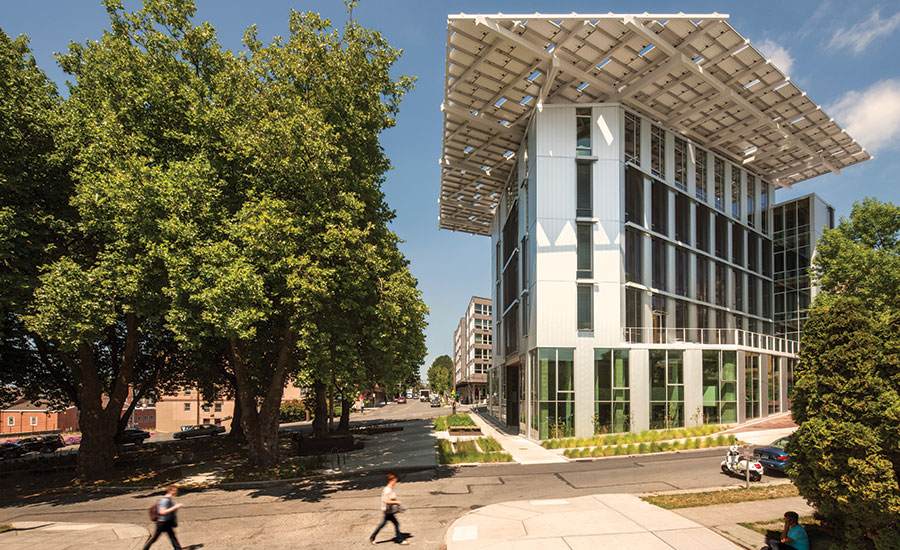 The Bullitt Foundation is headquartered in a Living Building Challenge–certified building in Seattle. Photo © Nic Lehoux

Do you view your mission at Bullitt as a continuation of your Earth Day work?

Yes, but there’s an irony in that. In 1990, Earth Day went global, with 144 countries. It has been international ever since. At Bullitt, we’re moving in the other direction. The ­foundation is trying to turn the Emerald Corridor—the area from northern Oregon through southern British Columbia—into a model for the planet of sustainability and resilience. But we just operate in our little part of the world.

What are some Bullitt initiatives that have had implications beyond the Pacific Northwest?

One project of particular interest to your audience: we decided to try to build a building that would not merely not cause much damage, but would actually be restorative and leave the world a better place. We tried to make something that would mimic the actions of the Douglas fir forest that once was on our site—something that would get all of its energy from the sun, all of its water from the rain, and not produce anything toxic. And we wanted to do it in a way that was no more expensive than a conventional office building, and run it at a profit by leasing it to standard commercial tenants. We overcame an enormous number of regulatory, legal, and financing difficulties and are now beginning to see these kinds of living buildings sprout up in a great many places.

We’ve also developed vigorous efficiency standards and programs to put it in the interest of building owners, tenants, investors, contractors, and utilities to collaborate to go to a very deep level of building efficiency. The big problem with commercial buildings is that the tenant who pays the utility bills is not going to make an investment in a building that somebody else owns. So we came up with a strategy, got it passed by the Seattle City Council and then adopted by Seattle City Light. The team that put it together with our support is now working to implement similar programs in Oregon, California, Nevada, and Hawaii.

Is there hope that we can avoid the worst impacts of climate change?

The time for action had to have been at least a quarter-century ago. It’s too late now to avoid hurricanes, typhoons, floods, droughts, wildfires, rising oceans, and marine acidification. Not until we begin to do the most modest thing—which is to produce less carbon dioxide in a year than we did the year before, generating less and less until we get to zero and then keep going until we pull back to less than 350 parts per million—will we start to get into a range that would be considered a normal climate. On the positive side, much of the technology that we need to create a world that is beautiful, resilient, healthy, and equitable already exists. We know how to build buildings that use a fourth, or even a fifth, as much energy as buildings constructed to comply with most codes. In ever-expanding regions of the world, we now have renewable energy so cheap that it’s less expensive to erect and operate solar- and wind-energy plants than it is to operate most existing fossil fuel–powered plants. We know how to do this. We just have to make a political commitment to build an alternative future.