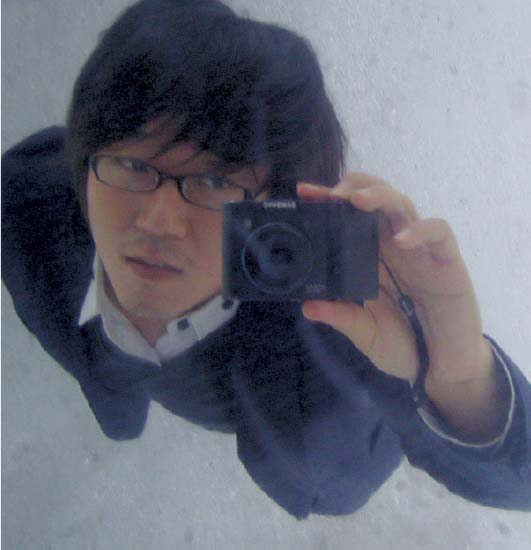 As design and construction have progressed to a point of seemingly overcoming gravity, Junsang You believes more than ever in the honesty of materials. For this South Korean native, designing and building within the country’s dense cities, architecture becomes the process of making what looks light lighter and what looks heavy heavier. A design for an invisible folly appears simply, but quite incredibly, as dripping paint, while the construction of his many housing projects reveals the true nature of their everyday building materials­—brick, concrete, and stone. 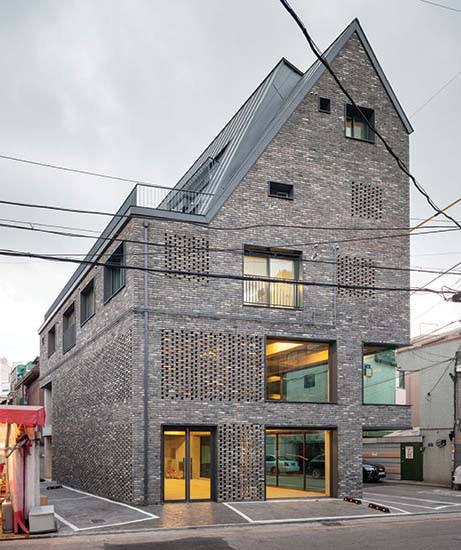 THE GABLE HOUSE: For this project, the architect adapts a style which he says has suddenly become very popular in small-scale housing in Korea, interpreting the gable for a large five-story residential building. His version, however, combines a steep, off-kilter gable, intricate brickwork, a street-level cantilever, and a prominent metal roof.

THE BOULDER HOUSE: For this single-family residence, the client wanted a building that felt heavy and solid, like a boulder. The cladding is a quartzite called Alps Snow, which has a soft and uniform horizontal layering (as seen in the 1:40 model of the house made from the stone). From a distance, the construction joints of the individual blocks disappear into the overall pattern, making the completed four-story building appear as a single mass. Wood vertical louvers over windows and doors were custom designed to conceal all hardware. Downspouts, gutters, security sensors, and other typical exterior trappings are also hidden. 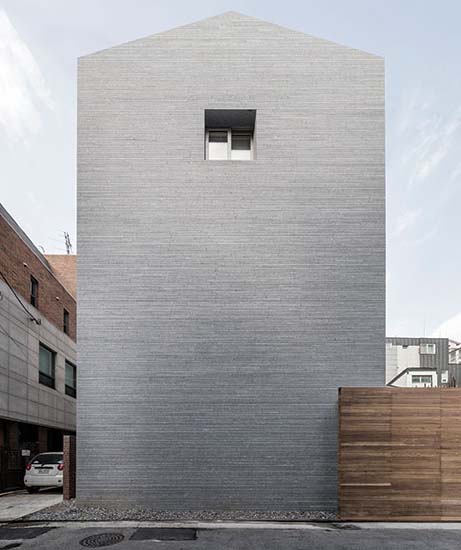 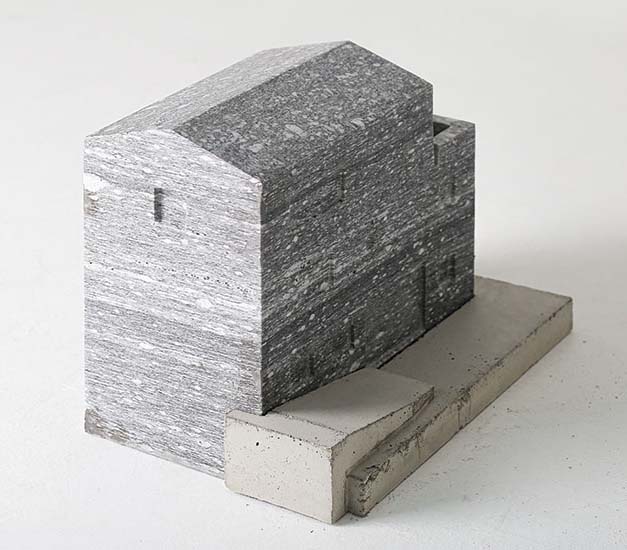 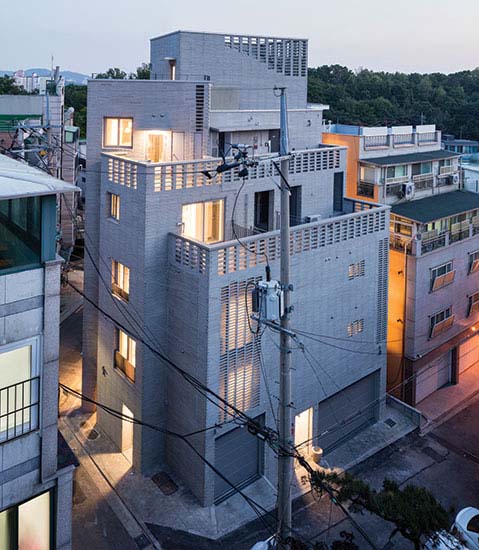 THE FIVE MASSES: As with the Gable House, AtelierJun was working within strict zoning codes to maximize buildable area in this structure. Here, the firm chose to create five cuboid forms, irregularly arranged on the tight lot, that culminate in terraces with unobstructed views to a nearby park. Living rooms and bedrooms occupy rectangular spaces, while kitchens and bathrooms are located in the residual triangular and trapezoidal areas, maximizing interior efficiency. Bright, uniform brick was selected to emphasize the shadows created by the splayed forms.