“I hate the ambience of an office,” says architect Manuel Cervantes. So, when designing a house for his own young family of 5 in the Lomas de Chapultepec neighborhood of Mexico City, a top priority was to include a personal studio. “I conceived of it as a space where I could bring clients to have a more personal interaction with our design aesthetic. It is hard to show a client the various elements of the design concept when you are not surrounded by them.”

The 9,400-square-foot, terraced structure is actually two dwellings: a rental unit occupies the upper three floors, while the architect, his wife, and their children—aged 8 years, 2 years, and 3 months—live on the levels below. The “income house” and primary residence share an entrance but diverge from there. Bedrooms in both units open to a family room, with the open kitchen, dining, and living spaces gathered on a different floor from the private quarters. Most rooms have an outdoor patio, which, thanks to the city’s mild climate, becomes an extension of the interior space. 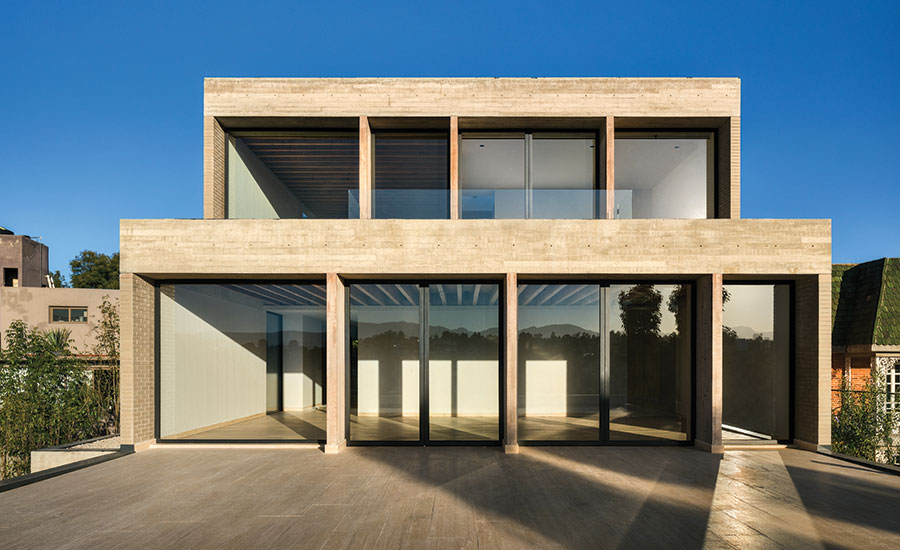 The rental unit opens to a patio. Photo © Rafael Gamo, click to enlarge.

Cervantes kept the material palette simple, sticking to cast-in-place concrete, brick, and wood. “Because of earthquakes, our structures in Mexico City are big, dense, and robust,” he says, referring to the light gray concrete featured in the interiors. “I like to have its raw expression visible throughout the space,” says the architect. Masonry and cinnamon-colored cement panels bring texture and dynamism to other walls inside, while large squares of ricinto, a dark basalt used here on floors and stairs, root the structure in its context. “It was important for me to use local materials, since I want to relate the atmosphere of a place to its culture,” says the architect. This tile links the interiors to the exteriors, where organically rounded pavers of the same material cover the ground. 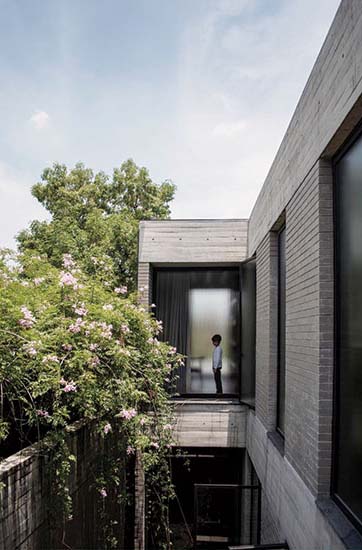 With terraces on each floor, the overall structure follows the slope of its site, which cascades down to a ravine. A perimeter wall encloses the building, allowing each outdoor space to become “a personal escape,” as Cervantes calls it. “I placed a high value on creating this inner world, where you can avoid any distraction.” While this approach wouldn’t be necessary in the countryside or in a smaller town, Cervantes finds “it works perfectly well in a city of more than 20 million people.” The architect worked with a landscape architect to bring his ideas about the entire residential concept to life. Com­bined with abundant generous openings, the result is a collection of spaces that give breathing room to inhabitants of every part of the house—while creating an oasis in one of the world’s largest cities. 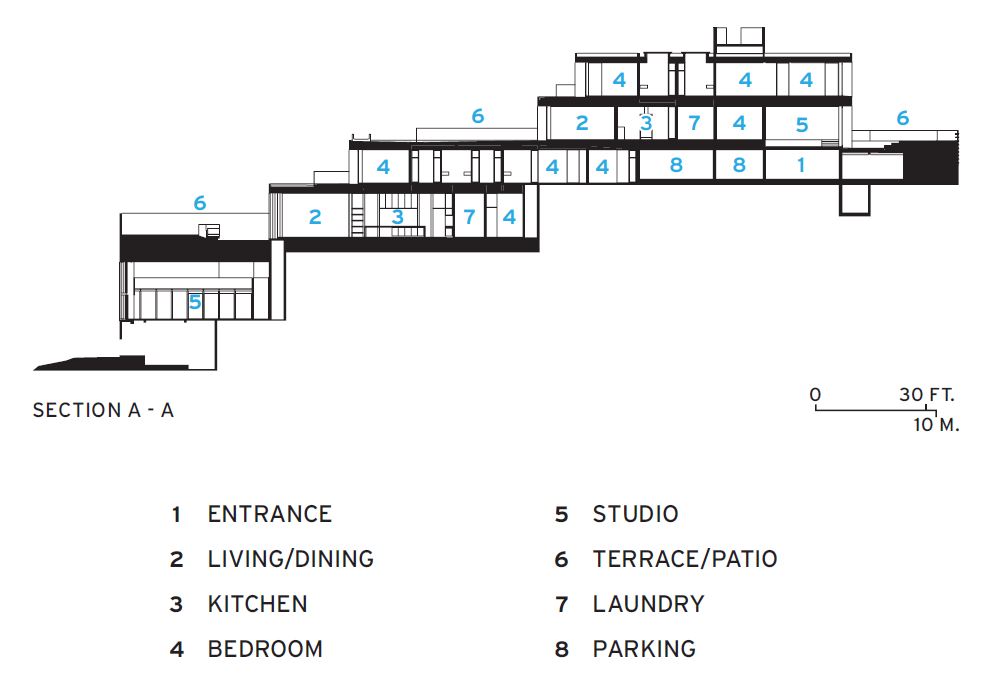