Valle de Bravo, a verdant resort area centered around Lake Avándaro, is a two-hour drive west from Mexico City. While the village dates to the early 16th century and bears traces of its colonial past, with its cobblestone streets and white-stuccoed buildings with red-tile roofs, over the last few years, distinctly modern houses have been sprouting up.

These new structures often use a vernacular vocabulary of shedlike forms with timber framing and single-pitched roofs, combined with a modern proclivity for an open plan and strong connections between the interior and the outdoors. Among recent noteworthy works of architecture is an 8,000-square-foot residence that Mexico City architect Manuel Cervantes created as a weekend retreat for a three-generation family. It discreetly nestles into an inclined site overlooking a golf course. Cervantes says, “There is no pool, no playground. They come here to relax, sleep, and converse.” Since one of the family members is a chef and restaurateur in Mexico City, the kitchen and the dining area have a particular significance. 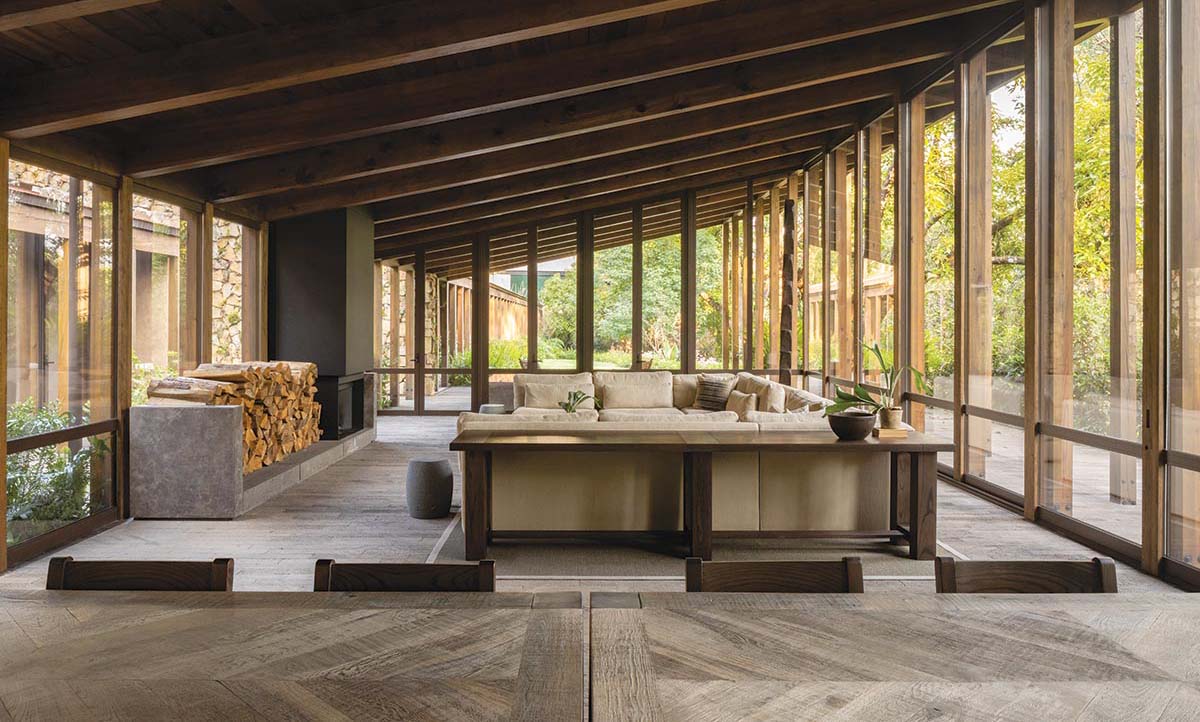 The living area (1) and a small pool (2) and patio jut into the garden of avocado and apple trees, ferns, and philodendron plants. Photos © Rafael Gamo, click to enlarge. 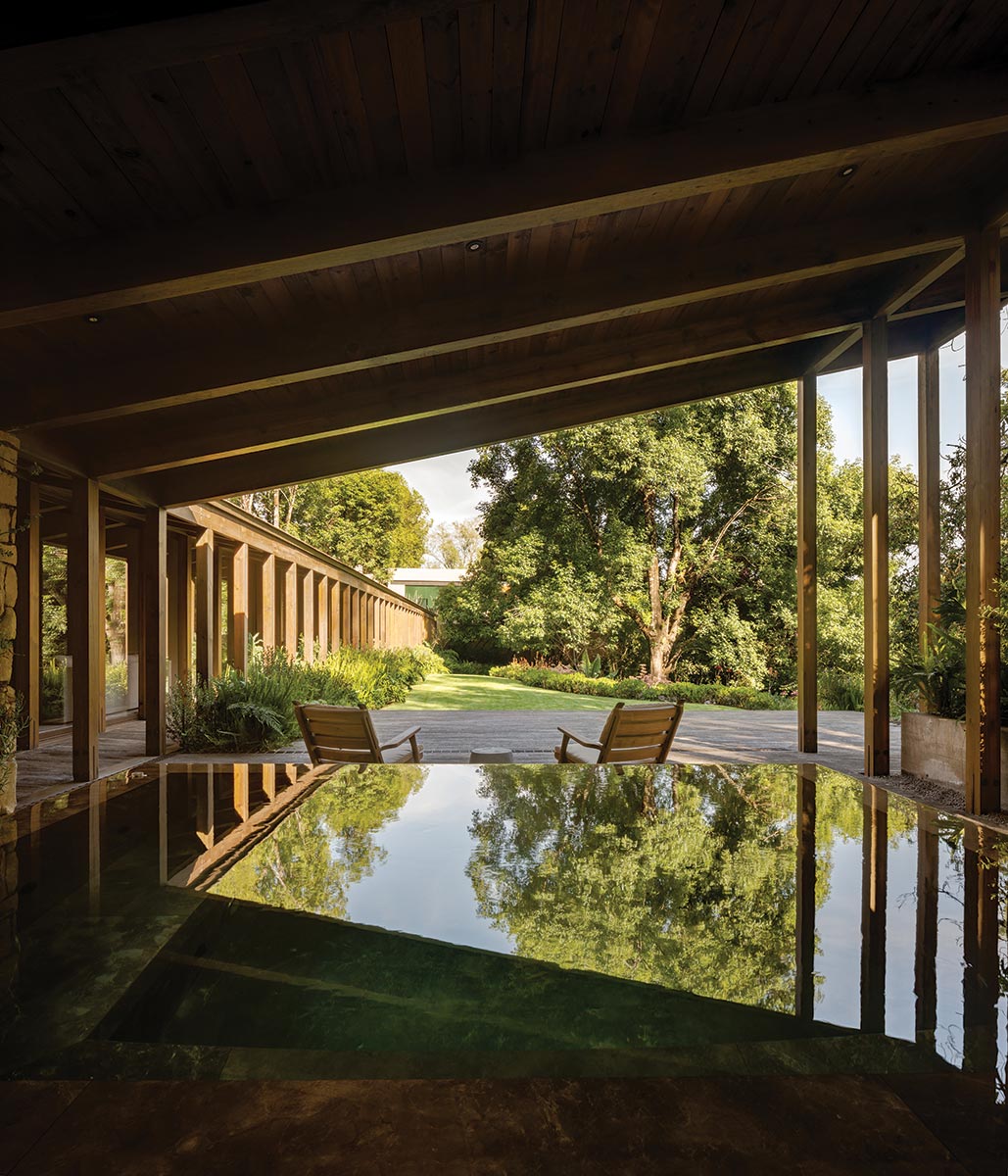 Cervantes’s design embraces the topographical conditions of the hilly area in an unassuming manner: a series of elongated rectangular volumes spill down the hill to a lush garden. The sequence begins at the top of a slope, where the garage marks one’s arrival. A few steps down, reached by internal stairs, is the kitchen pavilion; then slightly downhill is the living/dining area jutting out into a garden. A linear bedroom wing, extending east, creates an L-shape enclosure; both the public and private quarters share views of this protected space, with its tropical plants and avocado and apple trees. 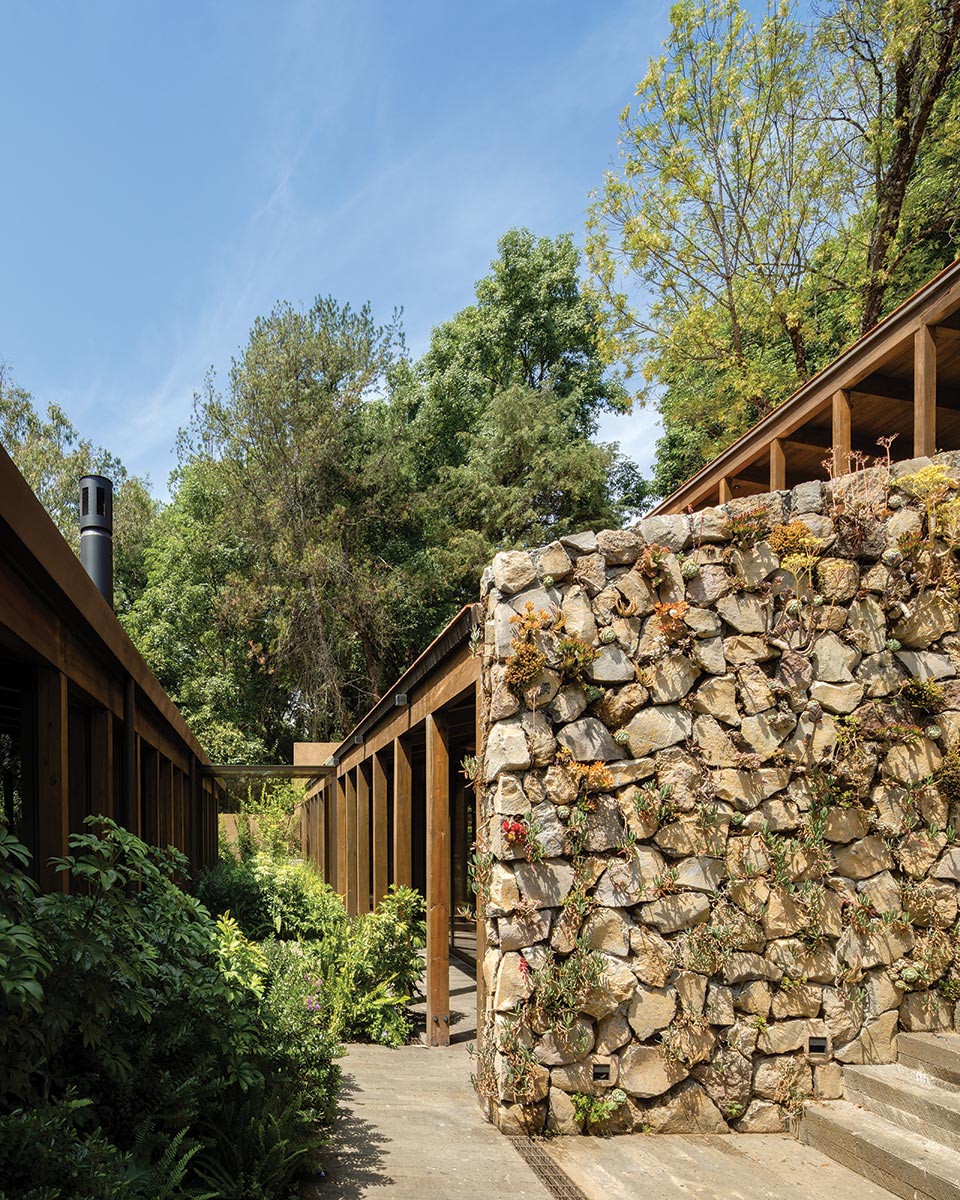 Stitching all the elements together are porticoes—covered open-air walkways that enhance the connection between inside and outside. Also important are the exterior open stairs built of local stone that link the various levels, the widest of which divides the public living/dining and kitchen spaces on the west from the the bedrooms and media room and study on the east.

The architect designed the linear sleeping wing with a split-level scheme for the stairs, rooms, and porticoes: individual short flights of stairs lead from an upper hallway down to six bedrooms looking into the garden. Along this side, the rooms are linked by a dramatically long portico—also with steps down to the greenery. “Where are the bathrooms?” you ask: They occupy their own row tucked under the upper hall, connected to each of the bedrooms and accessed by a narrow stair. The entire house appears to have grown out of the hill defined by the porticoes, whose pinewood posts and beams are carved, fitted, and glued in a craftsmanlike manner, while the bases of these posts are bolstered by steel plates and bolts. The pine structure is sealed with a black-tinted fire-protective paint, while the roof is topped by flat clay tiles treated with a sealant that darkens their original orange color. Where walls need to be solid for privacy or service elements, Cervantes has used stuccoed cement; elsewhere expanses of glass slide away to open the spaces to the outdoors. 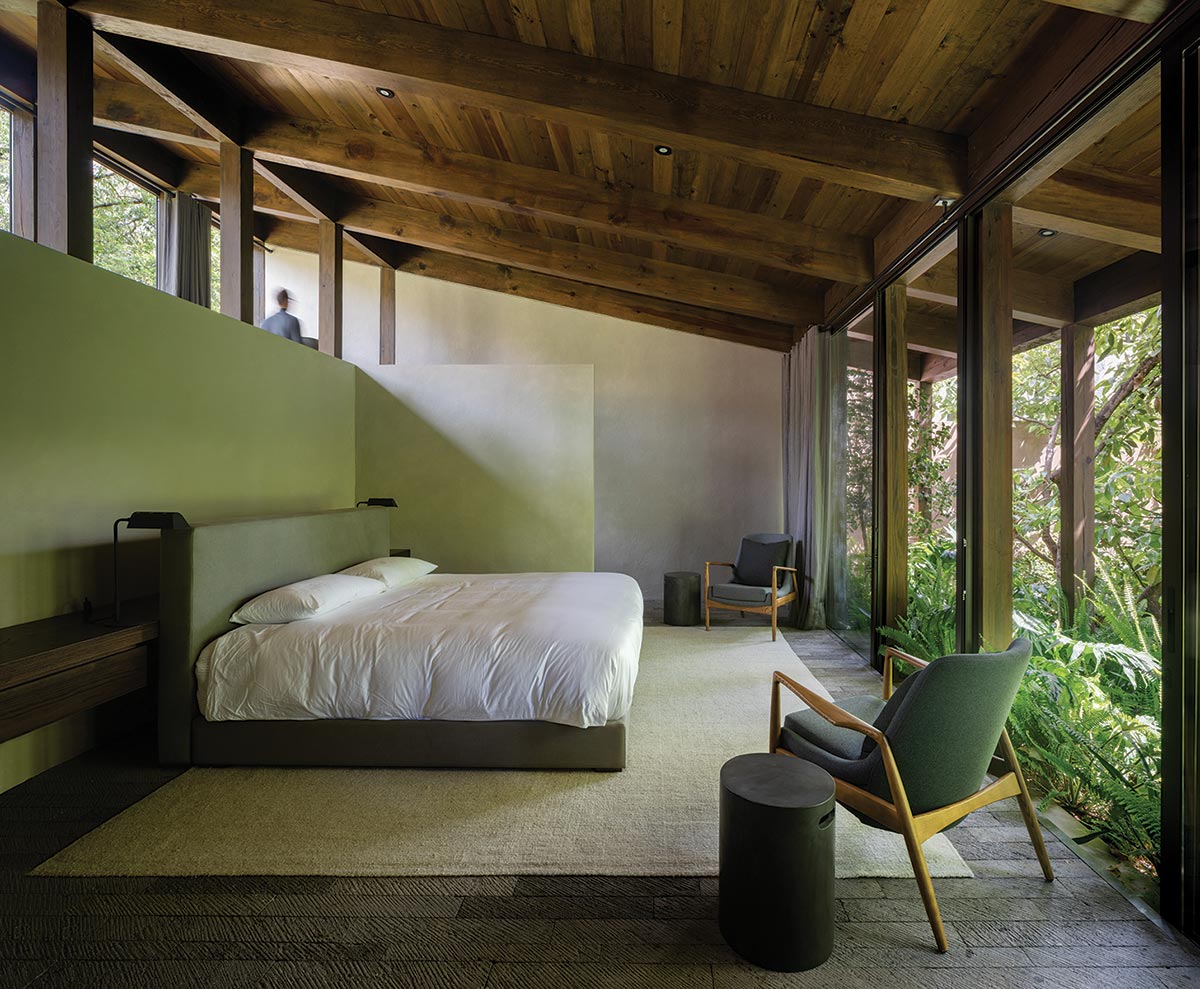 The main bedroom is accessed by an upper hall and overlooks the garden. Photo © Rafael Gamo

Cervantes’s solution for this hillside retreat, with its reliance on local wood and quarried stone, and the serial punctuation of the tall posts, 4 feet apart, adds to the serenity of the compound’s exterior. The result, with its simplicity of structure and materials along with spatial ingenuity of plan, is another commendable achievement for this architect who has been making a restrained but indelible mark on residential design since he opened his office in 2004. 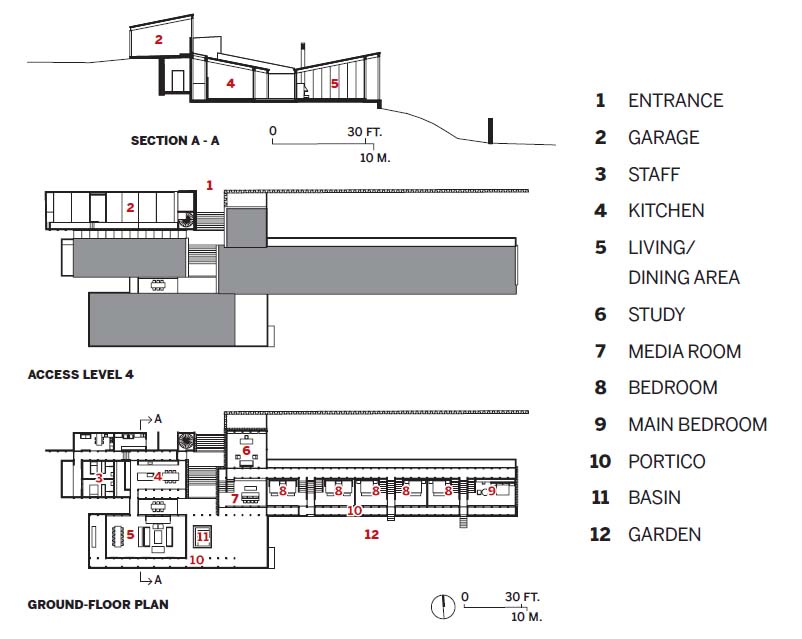