Interview with Walter Hood on History and Race in Landscape Design

Landscape designer and public artist Walter Hood founded Hood Design Studio in Oakland, California, in 1992 after earning an MLA and M.Arch. from the University of California at Berkeley. Hood has received numerous honors, and last year was named a MacArthur Fellow. He spoke to RECORD’s editor-in-chief, Cathleen McGuigan, about his forthcoming book, Black Landscapes Matter (co-edited with Grace Mitchell Tada), and how his design work increasingly is inspired by his identity as a Black man and by history. 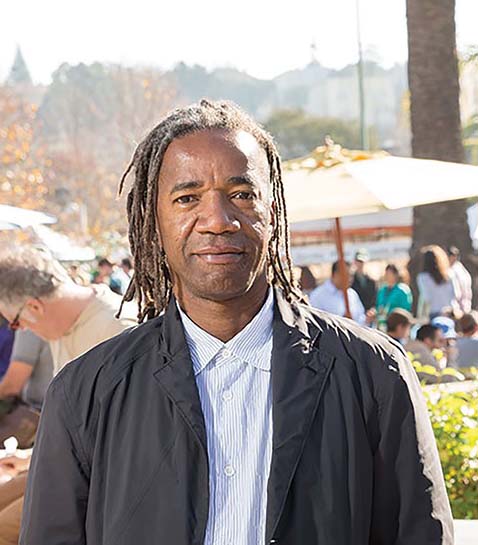 Your idea for the book, Black Landscapes Matter, came a few years ago, after a series of police killings of Black men.

We could go back 20 years, after Rodney King, but I’ve never really talked about race as a major factor that informed my work, because I was just doing the work in places that required you to tell the truth about things. As we were writing the book, we talked about these issues that have come to light now, because it is just so systemic in our society. There’s a lot of pressure for this book to be the answer, but it’s not. It’s just reflections based on what was happening when we started, back in 2016.

How has the sense of history come into your design of landscapes?

Landscapes are layered. I spent a year in Rome in the mid-90s at the American Academy. Before that, I’d done smaller community design projects, but never really thought about how history can inform the present. In architecture school, I was definitely a Neomodernist. But I was intrigued by a few people—J.B. Jackson and Dell Upton—who were writing about culture. I just didn’t really know how to take that information and use it.

At the Academy, there is this amazing archeological program, and we went to Pompei and Herculaneum, but then to North Africa and around the Horn. And I started to understand. In some of these places, most of us architects were just looking and thinking there’s nothing there, but that was not the way these scholars talked about the landscapes.

Every place has a story to tell. When I got back to the U.S., my office worked on a few projects that allowed that kind of research. And if you looked closely enough, you could begin to read how people made decisions either to erase something or to embrace it. And I became intrigued with how we as designers were really erasing.

What project is an early example of using history in your work? 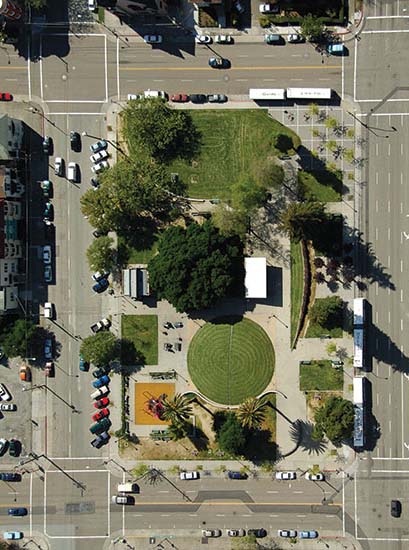 I found ways to talk about these histories in a much more transgressive way. Lafayette Square Park here in Oakland was one of the first projects where I looked at the history. An observatory had been there. During the Depression, immigrants sat in the park and waited for work. After the war, a women’s auxiliary group came and created a garden and a bathroom. And during the time men were actually waiting for work, women were not allowed in the park except to sit in one place—it was called a petticoat corner.

In 1995, it was a place where predominantly African American men just whiled away the day—but it had always been like this. While our mayor and other people were saying, “Move the homeless out,” I wanted to find a different script to keep them there, since this was always a place of social service. I knew I wanted to design a space that was more deconstructed, that wasn’t about a center; it was about breaking things apart. So there are different parts—the grassy dome where kids play recalls the observatory. And 20 years later, the guys are still there. The bathroom’s still there. The design we did is still intact. It hasn’t been maintained like other parks, but the people are still there. That became a way for me design, to really talk about places.

And beginning to take my personal experience as a Black man, and relating that back to my education as an architect and in urbanism has become a way for me to make work. People don’t get it explicitly—that’s OK—because I had to cultivate this on my own. There’s no book out there to read as a Black person on how to be a Black architect.

It’s not coming up with something that’s homogenous but having the discussion about difference—not diversity, but difference. Diversity doesn’t get at the crux of things. Just to have a varied set of things is one thing—to be really different is another. My opinion can be different and we can still coexist.

So how do you make spaces—whether it’s about diversity or difference—where people can all come together?

We’re in the 21st century, but we’ve only had about 55 years where we’ve explicitly talked about living together. Remember, we created institutions that kept us separate, and we think that landscapes were not separate, but they were. Blacks couldn’t sit on certain benches. I even found examples where there were whites-only trees! So we’ve had this collective consciousness, and the old guard still see the world through this binary of age.

We have these institutions that still promote binaries. You see it between urban/ suburban, you see it with the romance of the picturesque garden that we don’t want to critique as a tool of colonialism. Or the Western European ideal of what wilderness should be. All of these constructs we have to deconstruct. To me, the bigger question is how do we deal with this legacy when we can’t even articulate what it’s done to us? How do we get out of the fear of the other?

I saw the Central Park story—here’s the Black guy birdwatching in the Ramble, right? All these ideas are out there and there is no answer one way or another, but we have to acknowledge them, so we can start having these conversations.

You’ve spoken about not over-prettifying urban neighborhoods on the brink of gentrification.

People have ideas about what a place should become, without any understanding of what’s there. You hear people say “placemaking,” which I really hate. It’s this colonial attitude, versus going into a place and trying to cultivate what’s there. But it’s hard to do because of these aesthetics, and the ways that making landscapes are codified, bureaucratized, and maintained.

In Charleston, South Carolina, you’re working on a landscape and art project around the International African American Museum, designed by the late Henry Cobb and under construction. It’s by Gadsden’s Wharf, where an estimated 40 percent of Africans first landed during the Middle Passage. 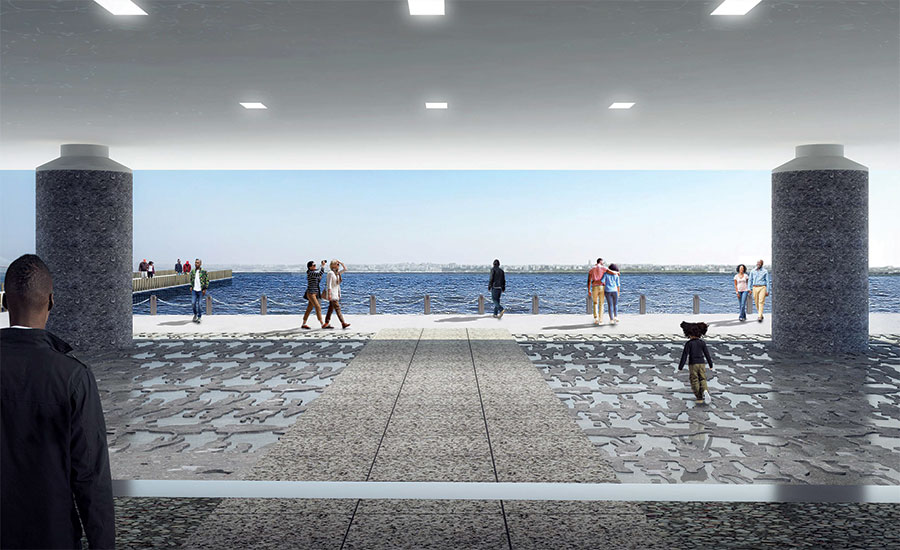 I came up with 29 different designs—it was cathartic—as a way of thinking about how do I tell this story. We ended up with probably the most conservative idea, which is still pretty radical—to take the Brookes map, the famous lithograph that showed the spatial layout of these bodies in slave ships. It’s the thing we have that shows the horror of it all.

The building is lifted up 13 feet. We’re casting full-scale figures, in relief, in tabby—a concrete made from shells taken from the ocean—and like the Brookes map, they will lie head to toe in this shallow infinity fountain under the museum, where the water recirculates and falls out. The fountain is almost like a floor—you walk across a middle walkway and look out toward the Atlantic. I wanted people to come into confrontation with the scale of these human figures. And having water was important—water in Black mythology is a very powerful source.

I have never done anything like this. Seeing black bodies in space is something that’s intentionally been marginalized and maintained through bureaucracy—first slavery, then police, and now militarism. There’s always been this kind of undercurrent. And so I just think, how do we—and how can places like Charleston—spur people to want to tell more truths?