Both client and site were ideal. The client is an environmentally minded young builder who bought 25 acres of bushland in New South Wales, a three-hour drive north of Sydney. A forested bluff on the southern tip of Lake Wallis, the site is flanked by two national parks and is only three miles from the Pacific Ocean.

• House of the Month

While the land has a 45-degree slope, a former owner had cut into the shale rock face of the escarpment to create a platform for a house he never built. Here Sydney architect Matthew Woodward, known to the client for his sensitivity to nature and landscape, designed a 2,050-square-foot three-bedroom weekend house facing the lake. The brief also called for minimizing energy consumption, so Woodward used such materials as recycled Australian blackbutt hardwood and poured concrete (for its thermal mass).

The rectilinear design, divided into two volumes, sits on this ledge about one level below the top of the bluff. An entrance on the west end takes you into a one-story concrete volume containing the public spaces.

Here, sliding glass doors in the living/dining area afford panoramic views of the lake, while a ribbon window on the opposite wall behind the kitchen faces the jagged edges of the excavated shale.

A breezeway leads from this structure into the second, two-story bedroom wing, clad in shiplapped Australian blackbutt hardwood. From the second-level study and bedroom, you can take a bridge over a 5,000-gallon rainwater tank to a Petanque pitch (aka bocce court) and lawn on the bluff. 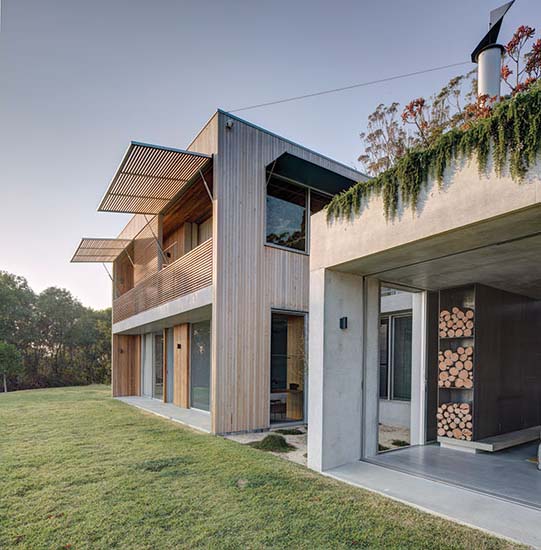 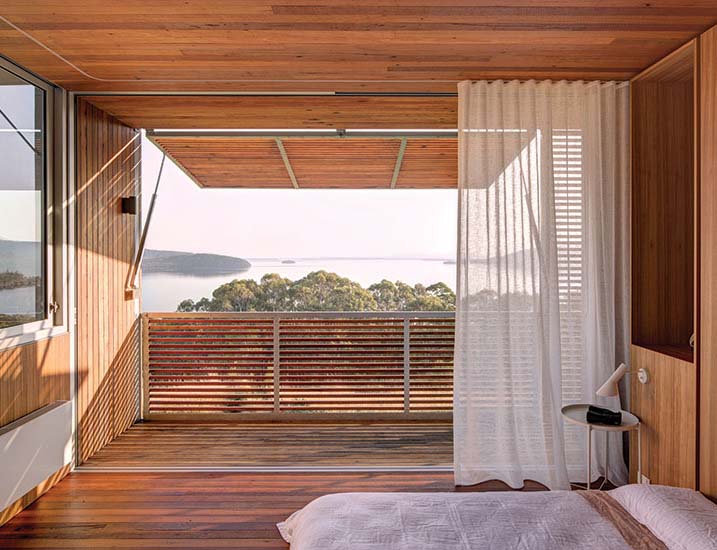 The porch of the bedroom on the second floor faces Lake Wallis.

To save energy, there is no air-conditioning; the house is cooled by cross-ventilation. After studying the sun through the seasons, Woodward designed operable external timber screens to provide shade in summer, when temperatures reach 100 degrees. A green roof on top of the living spaces also helps with insulation.

The owner calls the house a sanctuary. The palette is restrained, the materials and furnishings are spare, and the circulation plan celebrates views—sky and ground. Nature permeates the entirety, with the ever-changing light on the lake, the salt-spray mists rolling in from the Pacific, and bushland (or shale) out every window. 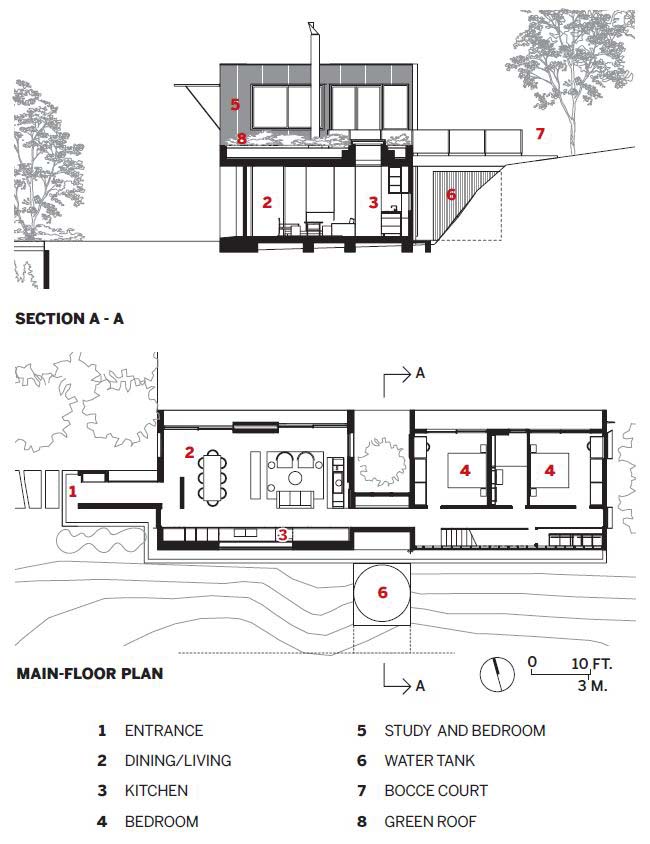