The act of tucking an ancillary living unit—such as a backyard cottage, granny flat, in-law suite, guest bungalow, income apartment, or converted garage—onto the same site with a single-family house isn’t always welcome, or even legal, in many communities across the US. But there’s a growing trend to green-light “accessory dwelling units,” or ADUs. Most progressively, California passed legislation in 2017 to legalize these modest, self-sufficient dwellings throughout the state—prompted, in large part, by a chronic housing crisis and shortage of affordable options. Promoting diversity in scale and income levels, ADUs also advance the environmental benefits of “living small” and creating denser communities. The legal version of this building type has “already become immensely popular here,” says Christopher Hawthorne, chief design officer for the city of Los Angeles, where, in the past three years, ADUs accounted for 22 percent of new permits for housing units. To ease the process, municipalities across the state, including LA, have partially relaxed such requirements as parking and setbacks while developing programs with incentives to make more ADUs available to low- or moderate-income tenants. Now Los Angeles is taking steps to further streamline the permitting process, while capitalizing on the city’s culture of innovative and eclectic house design: Today, its Department of Building Safety (LADBS), in partnership with the mayor’s office, launched its ADU Standard Plan Program, offering homeowners the option of choosing from an online catalogue of fully vetted designs, reducing the permitting time to as little as a single day. 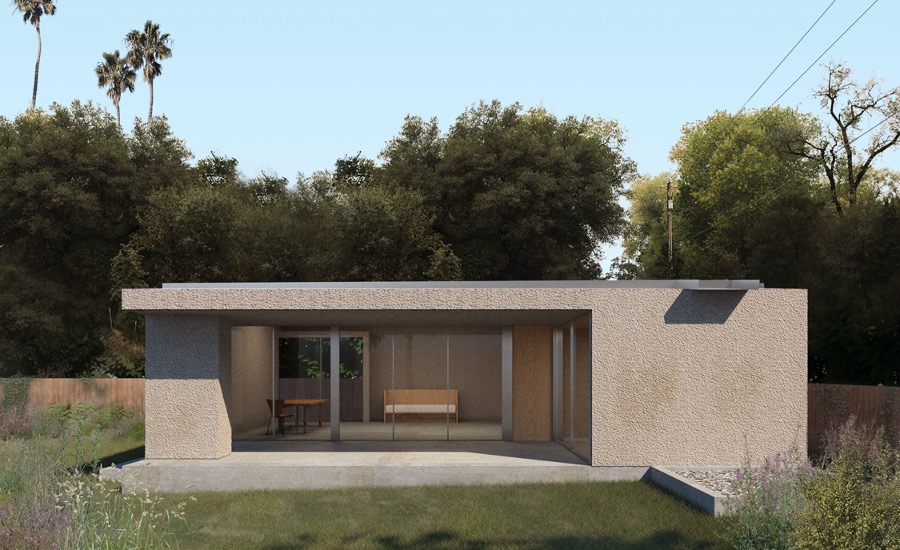 Leading up to this announcement, the city engaged 14 firms—primarily local and emerging talent—in a six-month, behind-the-scenes pilot phase, designed to smooth out kinks in the review process and user interface. In selecting the participants, says Hawthorne, “We wanted a mixture of firms, including some that had already done ADUs—a group mostly from LA, but with some outsiders, as the city has always been open to design input from elsewhere.” At the time of the launch, schemes from nine participants (some of whom produced more than one) were ready to roll. They came from the LA practices of Welcome Projects; First Office; Fung + Blatt; Taalman Architecture; Escher GuneWardena Architecture; and Design, Bitches; plus Massachusetts-based Jennifer Bonner/MALL; and two modular-prefab companies, Abodu, from Northern California, and Connect Homes, from LA. Still pending approval is work from five additional designers: the local firms of wHY Architecture; Amunátegui Valdés (also based in Chile); and LA Más, a grassroots, community-and-policy-focused non-profit; as well as SO–IL and Sekou Cooke Studio, both from New York state. 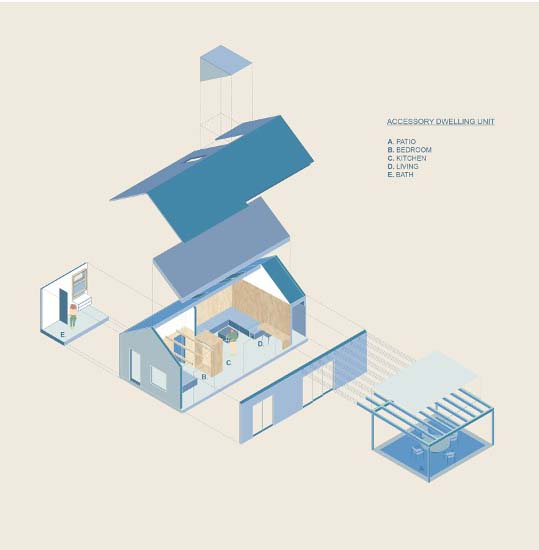 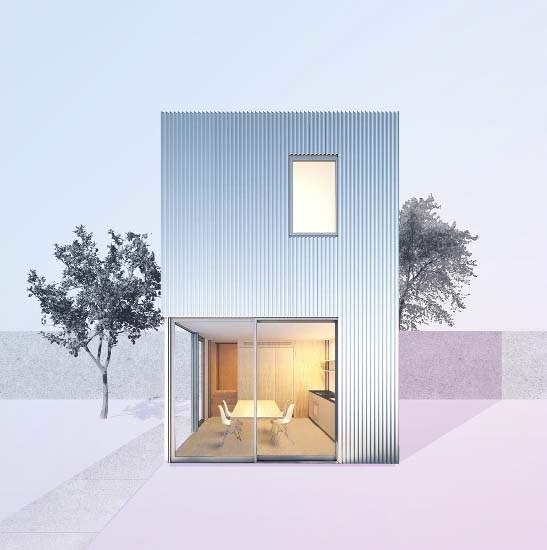 Beyond this initial group, Hawthorne emphasizes, the program is now “open to any and all architects, contractors, and other firms that meet the basic requirements.” In developing LA’s ADU standard-plan option—akin to LADBS’s existing pre-approved offerings for swimming pools and stairs—the city’s team looked closely at pre-screened accessory-dwelling initiatives in place elsewhere, including Seattle and the California cities of San Jose, San Diego, and Santa Cruz. While some municipalities own the approved plans and license them for use, Los Angeles is not adopting that approach, at least not initially. Instead, homeowners will work directly with the architects on any financial arrangements. And rather than offer a handful of fairly generic choices, LA is opening the floodgates to a wide variety of designs, some quite inventive, quirky, or playful—qualities previously achieved here (at least legally) only with custom-designed ADUs, permitted through the more demanding conventional process.

Though ADUs fall into several categories (detached, attached, inside the main house, and junior-sized, or JADUs), this program applies only to freestanding structures, each no more than 1,200 square feet, rising one or two stories, and sited on relatively flat parcels (without protected-land or historic-overlay restrictions). Homeowners will have leeway to modify some aspects of the schemes, such as color and certain finishes. 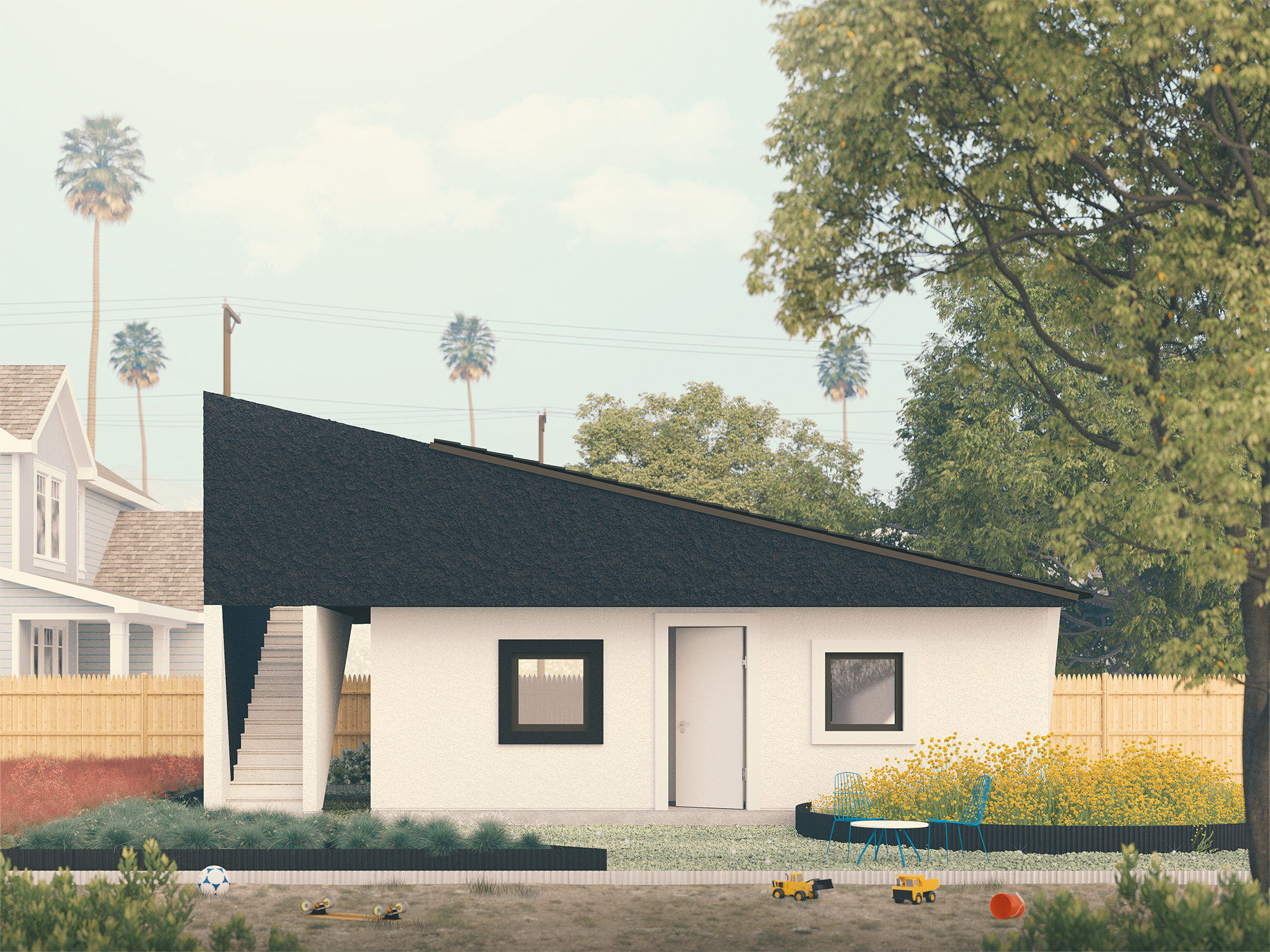 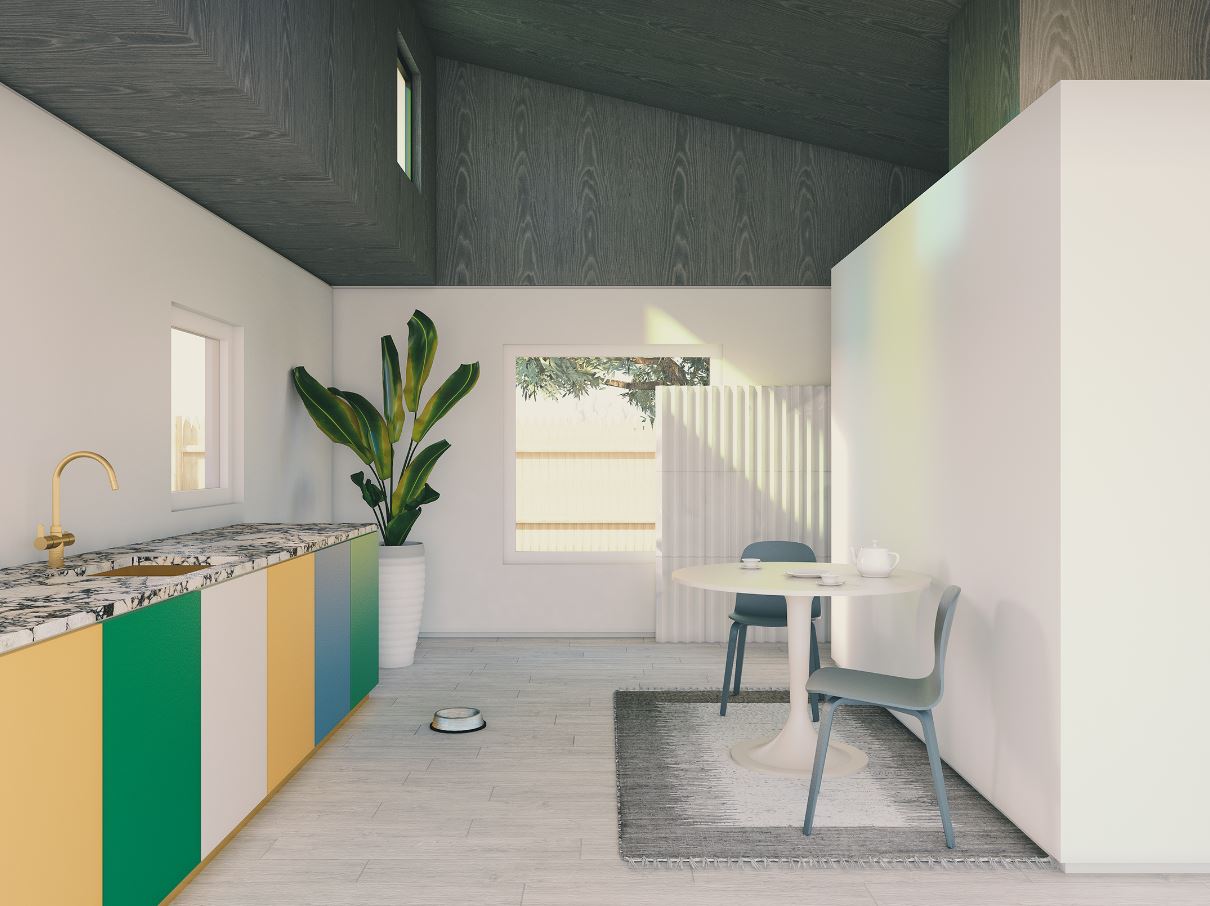 “I was surprised and pleased by the variety of approaches, given the challenge of designing into a void, without a site or client, and with stringent constraints, like seismic and energy codes,” says Hawthorne. “The proposals went beyond the basic need to be standardized, buildable, livable, and flexible—hitting that sweet spot between practicality and expressive character.” In many cases, that personality, even whimsy, plays with the vernacular of Southern California—through riffs on Spanish-Colonial style (as in the work of Welcome Projects); or allusions to the Modernist stuccoed box (as in proposals by Jennifer Bonner/MALL and Fung + Blatt); or through a distillation of rational Minimalism (as in the modular, pre-fabricated metal-clad forms of Taalman Architecture). Some of the designs evoke the fanciful lightness of garden pavilions, notably SO-IL’s luminous, cylindrical structure, with its petal-shaped plan, forming a single reconfigurable room around a wet (kitchen-bathroom) core. Even without specific sites, several of the ADUs carve out private outdoor realms, including two with roof decks—one by Jennifer Bonner/MALL and the other by Amunátegui Valdés—and a serene side-court by Fung + Blatt. The 28 approved or pending schemes range from studios to two-bedroom units, with many, but not all, using single-story, stick-frame construction for ease of approval. That said, a few less traditional fabrication methods are also in the mix, including the 3D-printed building envelope—to be shipped as flat-packed panels and assembled on site—that La-Más plans to integrate into its backyard casitas.

Hawthorne sees the Standard Plan Program as not just benefitting ADU owners and renters, but also providing a potential lifeline for young architects and small offices through leaner times. Even in the midst of the pandemic and economic upheaval, he points out, the number of ADU applications in Los Angeles remained steady in 2020. A key goal for this program, in a later phase, will be to dovetail with the municipality’s other ADU initiatives, such as the LA Accelerator, which offers subsidies and support to homeowners in exchange for commitments to rent the units at affordable rates to seniors. With 70 percent of residentially zoned land in the city of Los Angeles reserved for single-family homes, says Hawthorne, ADUs could make a significant contribution to the housing stock, “enriching it, expanding its diversity, and potentially opening the way to house more Angeleños.”

Residential Development in Los Angeles Aims to Create a Micro-Neighborhood