“Bastia has a difficult relationship to the sea,” muses architect Dietmar Feichtinger. This medieval city, tucked away on the mountainous French Mediterranean island of Corsica, sits well above sea level, making up-close encounters with the water uncommon. Along the rugged northeastern coastline here, Feichtinger has recently completed Aldilonda, a 1,500-foot-long walkway hugging the craggy cliffside, between a 14th-century citadel and the waves below. 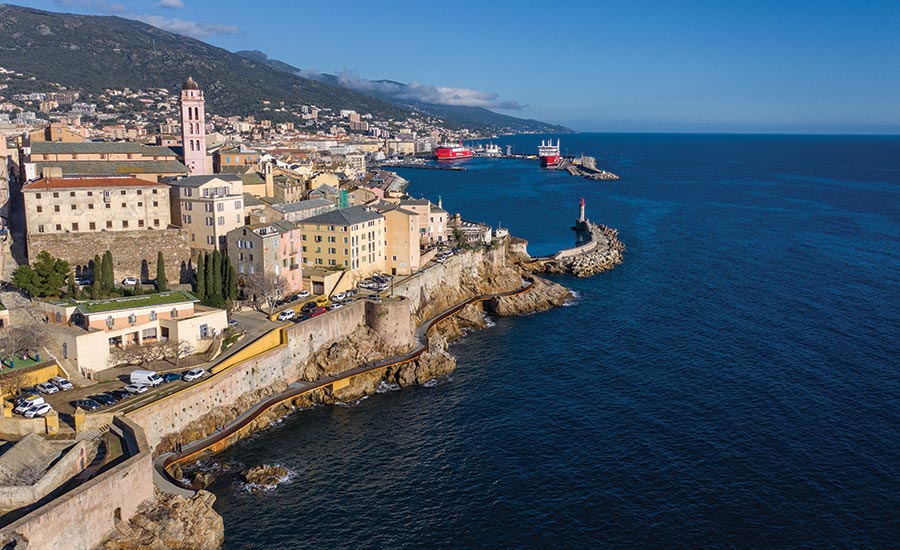 The walkway is built into the northeastern coast of Corsica, below a historic defense wall that dates back to the 14th century. Photo © Ariavista, click to enlarge.

The city of Bastia chose Feichtinger’s eponymous Paris-based firm in a 2017 competition—along with IN SITU landscape architects and local firm Buzzo Spinelli—to create a scenic footpath linking the city center at the island’s northern end with the touristy, densely populated southern end, in order to bring people together who have historically been segregated at either end of the island. This newly blended social scene, he acknowledges, is even more important since the isolation of the pandemic.

At 10 feet wide, the concrete Aldilonda pedestrian route is like an elegant, sinuous balcony that follows the natural curves of the cliffs. The path is constructed without traditional piles for withstanding the force of the sea. Instead, it is cantilevered from the rocks with concrete and steel anchors. (Debris that was removed in making this structure was mixed into the concrete, so it would match the texture and color of the rock face.) 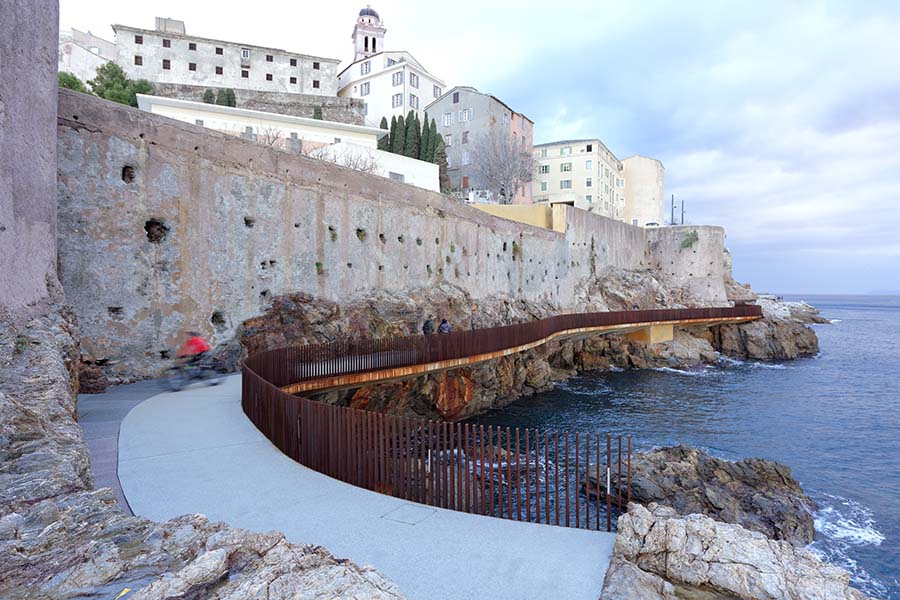 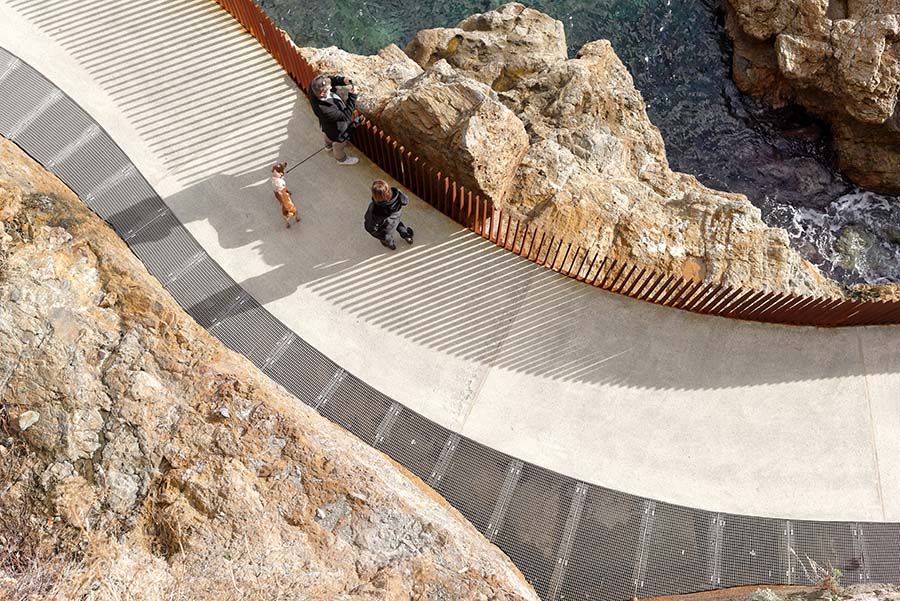 In a tale as old as time, Feichtinger found it easier to work with nature than against it. “The rock doesn’t always do what we want,” he says. Along the route, some of the natural alcoves were too jagged for concrete paving to fill, so the team widened the walkway on these segments with steel grates, which occasionally allow water to splash through when the sea is rough. 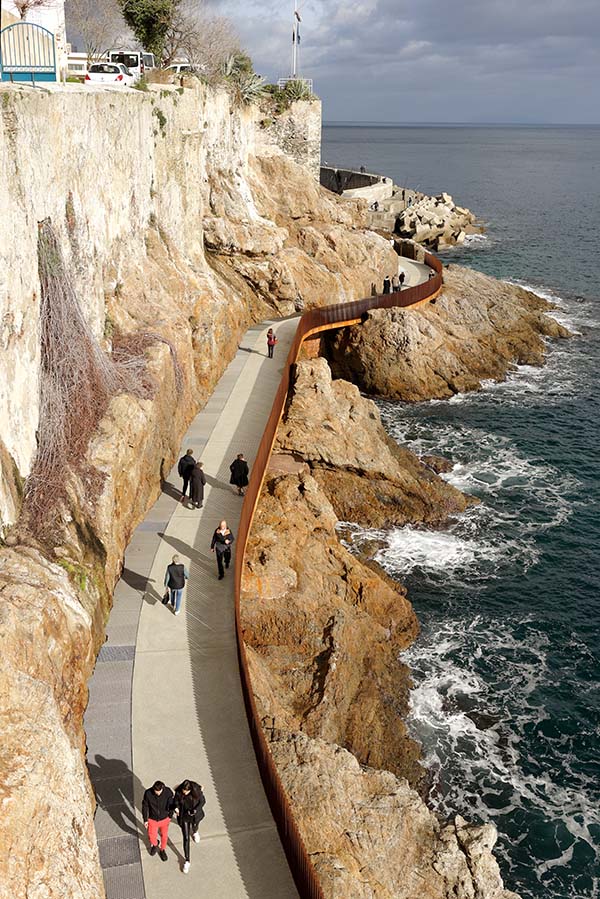 The architects chose to keep the path at a consistent height of 16 feet above sea level (and give a 4 percent grade for ease of accessibility), making the intervention relatively low, out of respect for the historic bastion above. Lining the walkway, a minimal weathering-steel rail, with narrow balusters, allows for nearly unobstructed water views.

Since opening in December 2020, Aldilonda has become a popular destination for Corsicans, a novel outdoor activity for escaping the home during Covid. The experience of standing on the platform over the water, Feichtinger says, is almost like a fireworks show, with families and excited kids waiting in awe for the next big wave to crash underneath them.