Programmed by the City of Strasbourg and realized by a contractor/developer, a new mini-neighborhood—baptized “Nolistra”—is intended to bridge the divide between the historic city center and the suburb of Neudorf. Located between a park and a cemetery, just where the highway to Germany exits a tunnel, the development comprises a mix of freehold and rental housing (some of it social), offices, a hotel, and street-level cafés, restaurants and food stores. Fragmented into eight orthogonal blocks, Nolistra is intended to “add in the missing pieces of the cityscape,” according to Umberto Napolitano, a founding partner at the Paris-based firm Local Architecture Network (LAN), who won a 2015 design competition for this project. 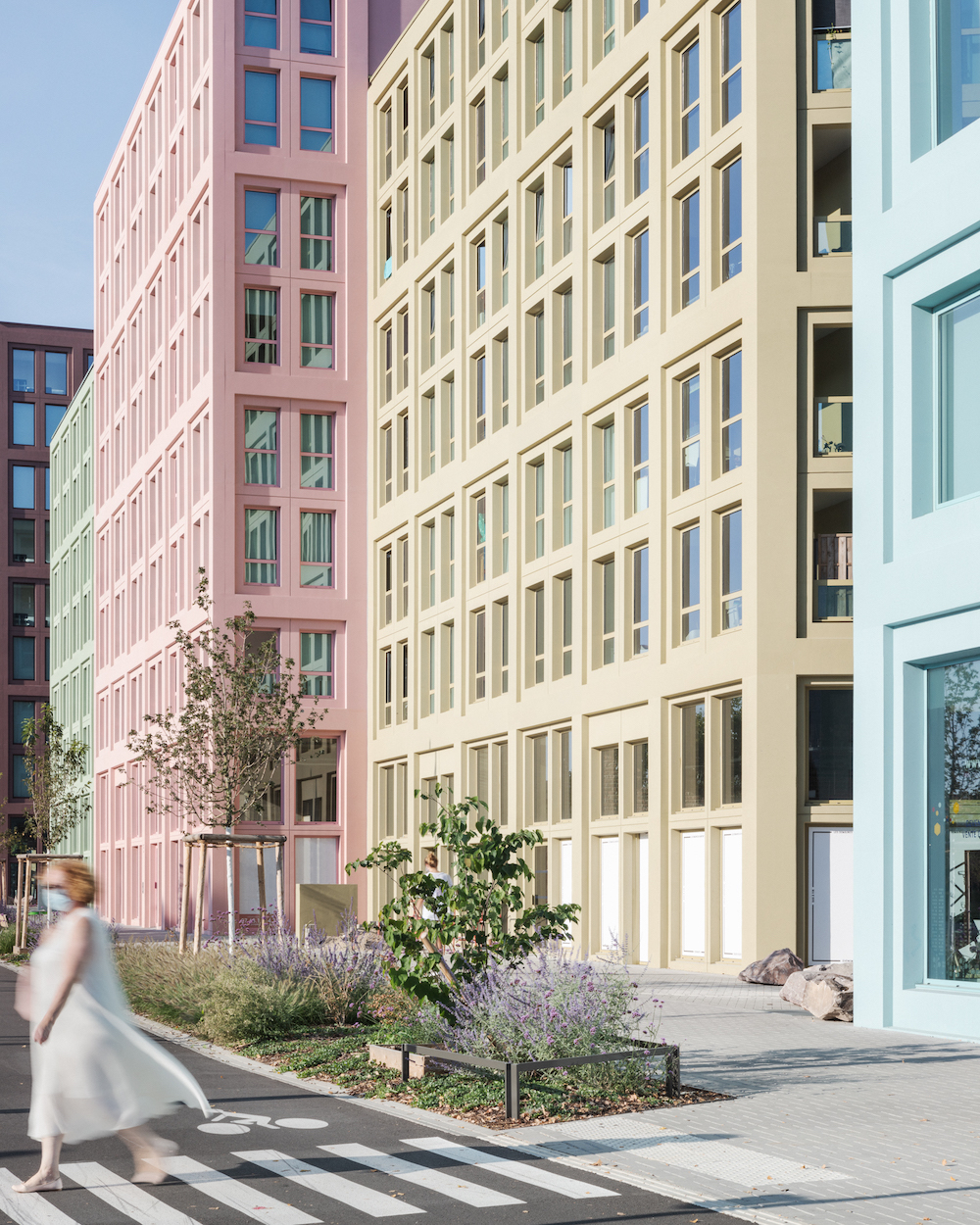 By juggling the different blocks, LAN was able to simulate a chunk of urbanity, with the hotel and offices at either end, slightly apart, and the housing concentrated in the center around a private court. While seven of the blocks remain within the regulation maximum height of 82 feet, the eighth, nearest the highway, has been allowed to rise 189 feet, or 19 stories, signaling the new neighborhood to both motorists entering the French city from Germany and pedestrians arriving from the historic core of Strasbourg. Entirely filled with condominium apartments, the tower’s upper stories enjoy splendid views.

Some readers may remember LAN’s exhibit on Haussmann’s Paris, which was shown at the 2017 Chicago Architecture Biennial. That research, Napolitano says, fed into Nolistra with respect to the façades. “You start with a standardized generic façade that can accommodate all sorts of activities inside,” he explains. Like the classic immeuble haussmannien, Nolistra’s façades are built of load-bearing masonry, only here a concrete frame has replaced the ashlar of yore. This structural choice, complemented by structural cores containing the elevators and stairs, will allow the buildings to be easily converted to different uses should the future need arise, according to LAN. 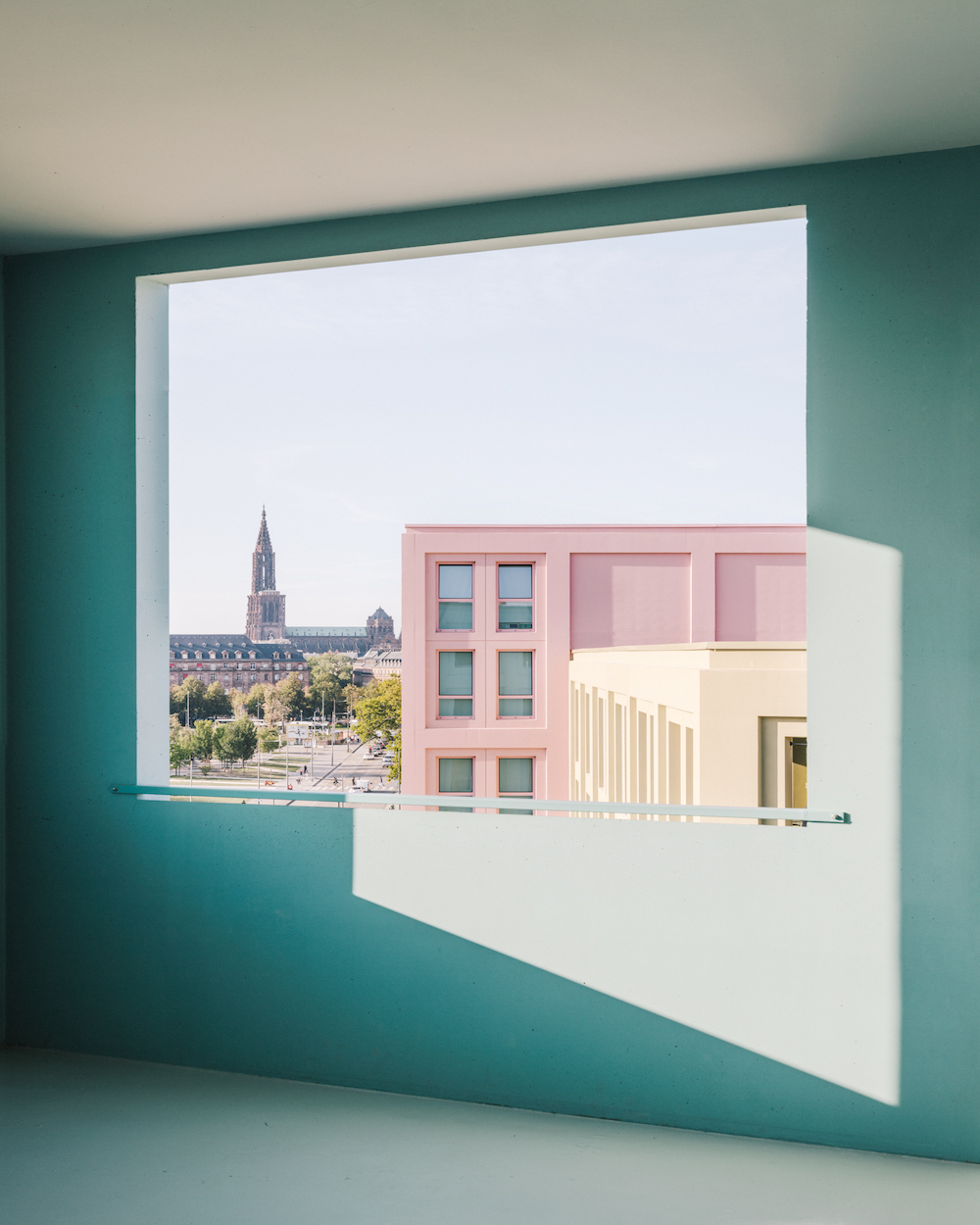 Again, like the immeuble haussmannien, the grid of masonry and fenestration generates Nolistra’s elevations, though the result is far more porous, the frame being filled with a mullion solution that recalls William Le Baron Jenney in Chicago rather than the Second Empire baron in the City of Light. To economize on concrete where the frame is concerned, the windows are organized in groups of four across two stories, except on the office block, which required different floor heights than the residential typologies and therefore its own special molds. To distinguish the blocks from each other and animate the new neighborhood, reactive concrete dyes have been applied—in saturated shades of pink, green, deep blue, etc—whose macaroon tones were inspired by the historic hues found elsewhere in the city.

Drawbacks to LAN’s parti pris are most keenly felt inside. The tower’s relatively deep plans result in a lot of dingy access corridors, while the apartments—which range from studios to five-bedroom duplexes—feel very squeezed. Since the Le Baron Jenney early-skyscraper look precluded balconies, LAN avoided them in favor of corner loggias in every dwelling, a less expensive solution that prevents these spaces from becoming storage eyesores but which also means precious internal square feet are lost (some residents have already sacrificed their outdoor space by fully enclosing their loggias).

The development’s high density—178 apartments, 123 hotel bedrooms, 29,665 square feet of office space—and mix of uses is designed to ensure it succeeds economically, and though LAN’s response has been fairly successful in turning that constraint into an urbane new neighborhood, there are clearly limits to what can be achieved on a contractor/developer’s budget. 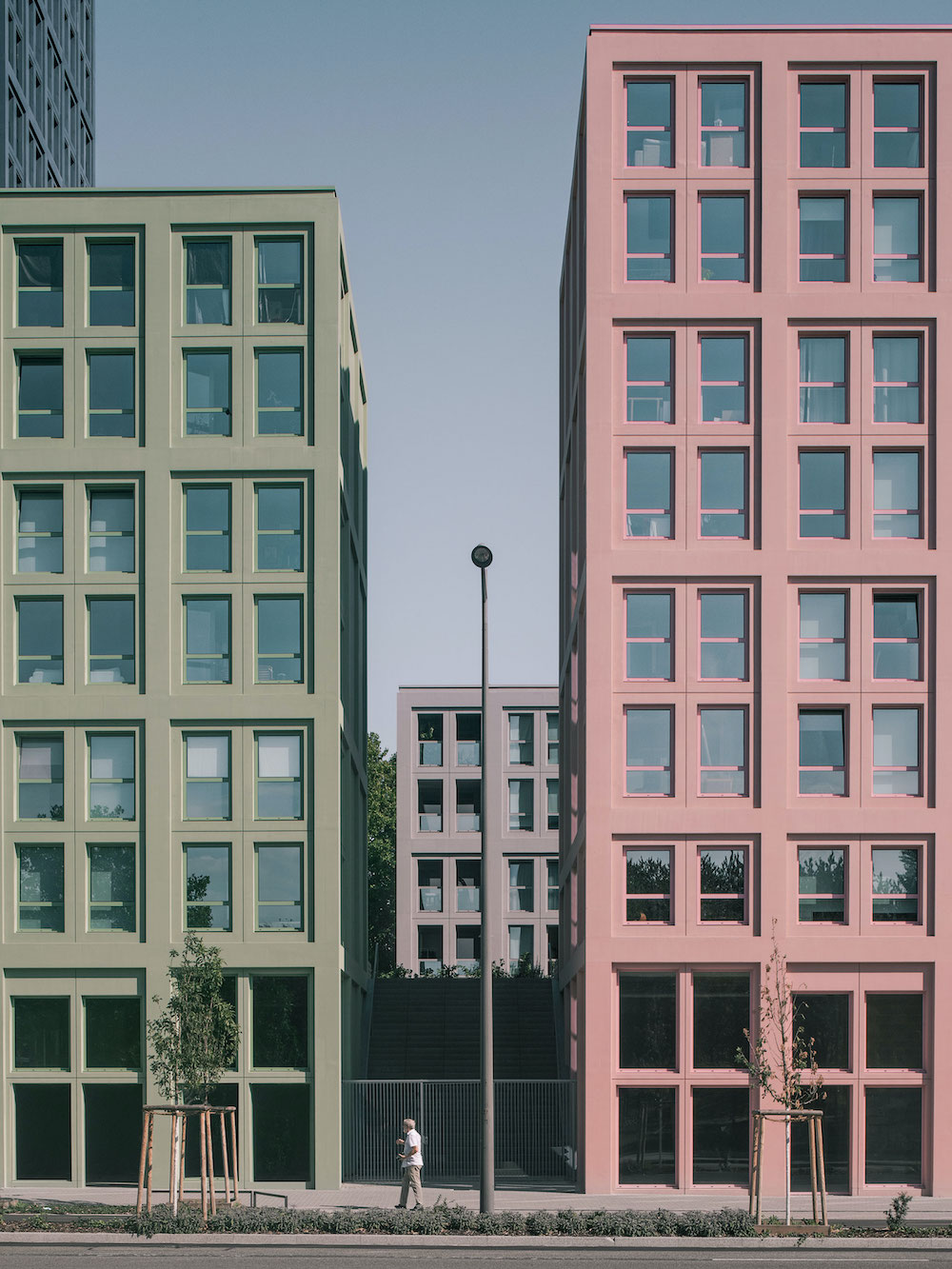 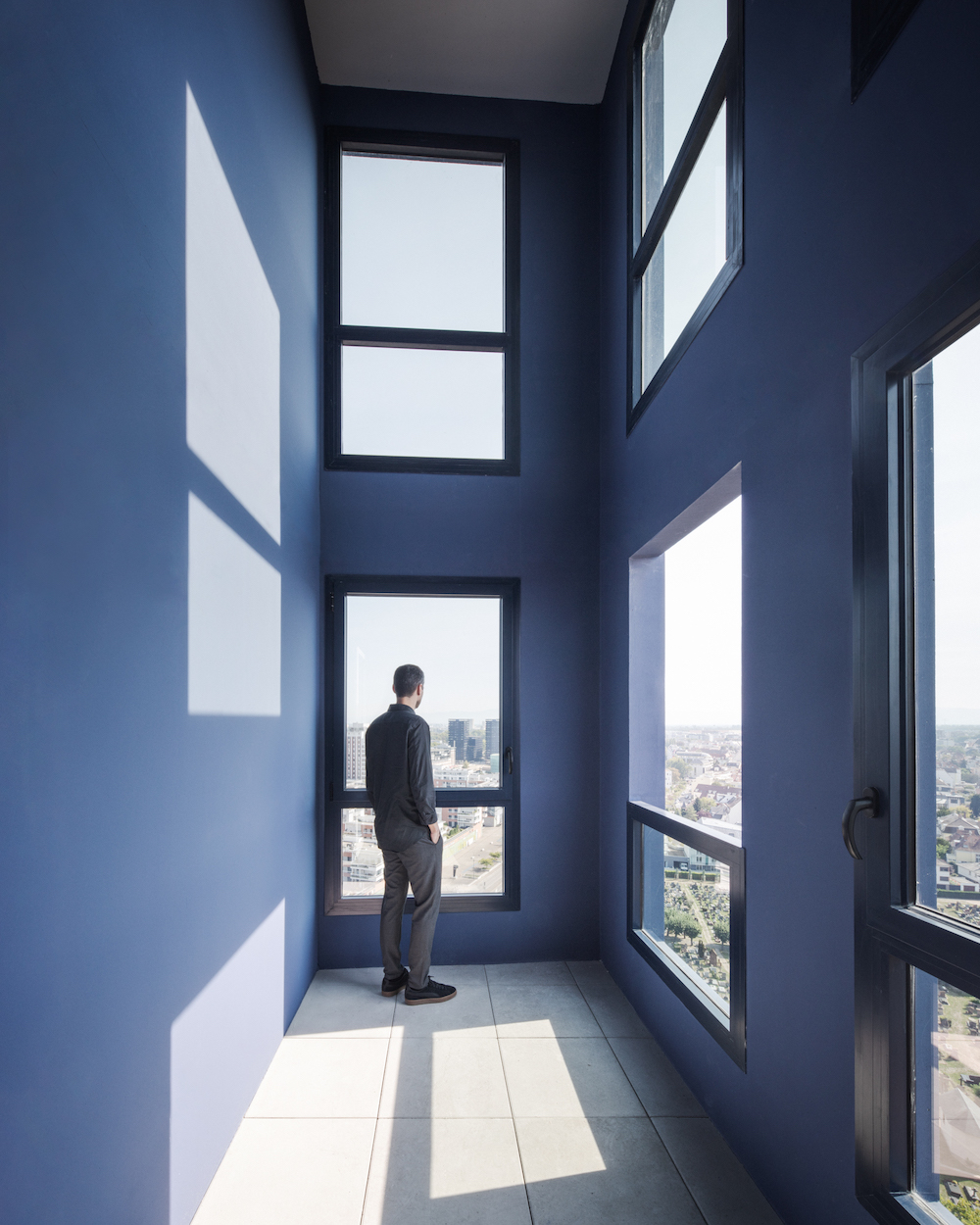