Marseille, France’s gritty second city, was much in the news last September when President Macron spent an unprecedented three days there, on a mission to sort out the enormous problems facing this ancient port. Among them is the state of Marseille’s schools, many of which are underfunded and literally falling down. At the root of the decline is late 20th-century deindustrialization, which saw the city lose 50,000 jobs and 150,000 inhabitants in just 20 years. The ongoing regeneration of the half-abandoned port area—first launched in 1995 and baptized Euroméditerranée—focuses on 1,186 acres of land in and around the Arenc and La Joliette neighborhoods. It now includes a new school complex for the Groupe Scolaire Antoine de Ruffi, located in the shadow of Zaha Hadid’s 2011 CMA-CGM headquarters (an emblematic Euroméditerranée project right on the waterfront) that was built to serve a rapidly evolving district.

An idea of the sweeping changes is clear from looking at the school’s immediate neighbors: to the south, a 1930s social-housing block; to the east, a 1910s soap factory, behind which are giant concrete grain silos; to the north, on a party wall plot, an 18-story apartment building currently under construction; and, to the west, a vast empty lot earmarked for an international school. “It’s rather a problem area,” says Adrian Garcin, principal of Tautem, lead architect on the project. “Cross the road, and you’re in another world. Moreover, we knew we were going to have to exist next to dense, imposing projects. Given the context, we felt the school should be a landmark for the neighborhood, a reference point for its inhabitants.” 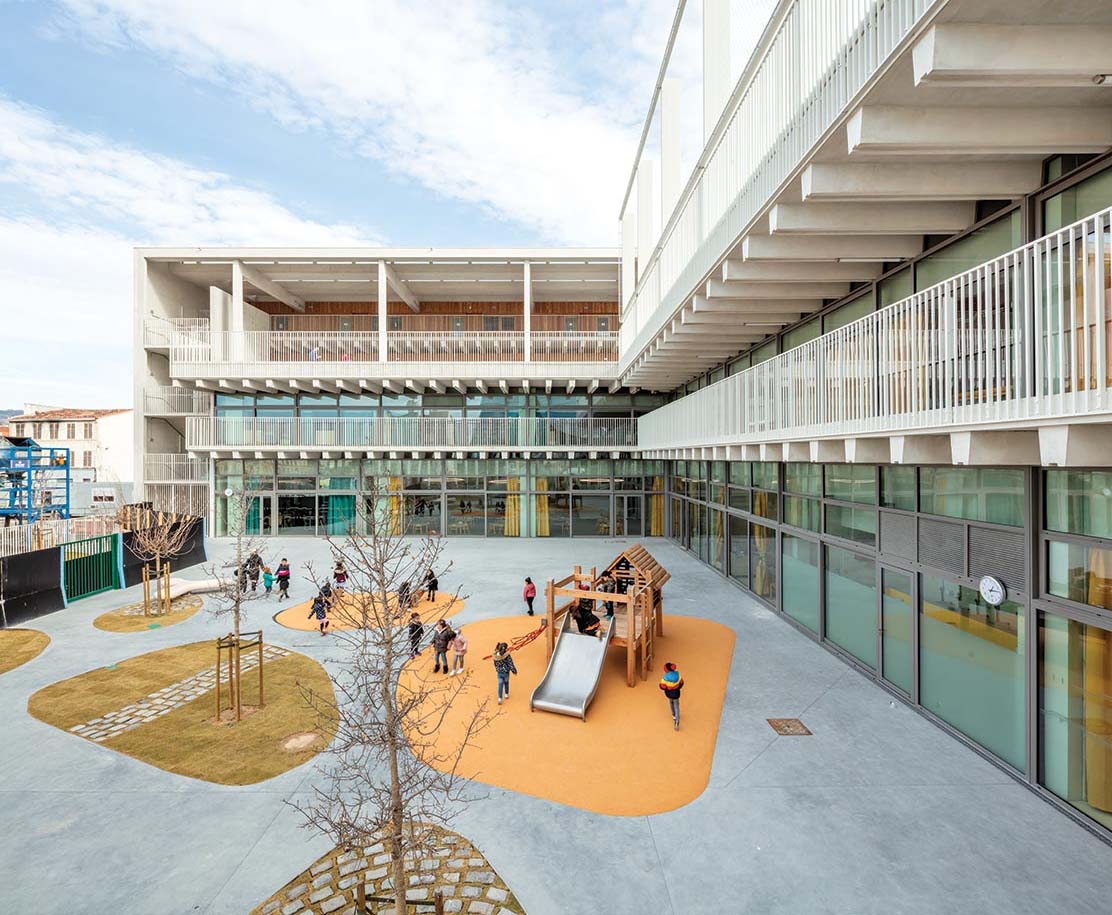 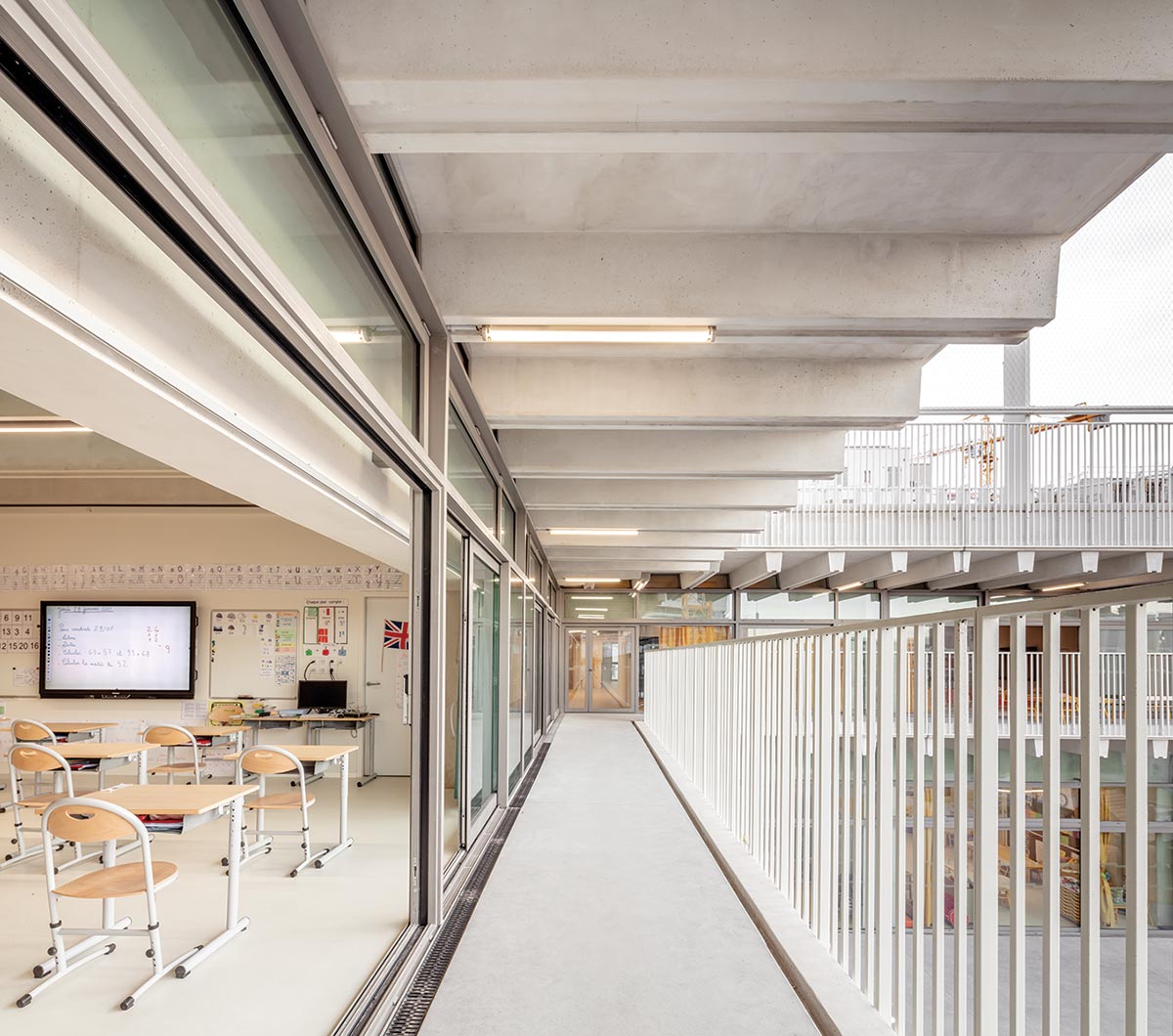 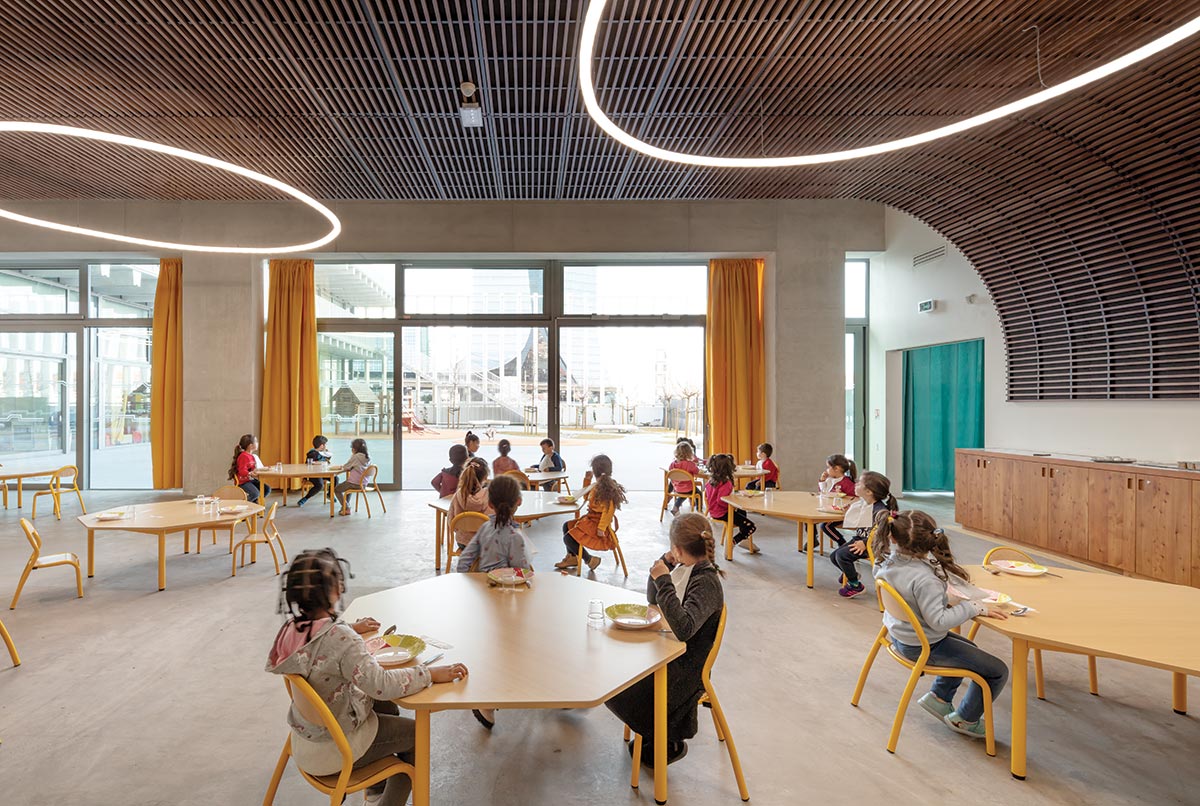 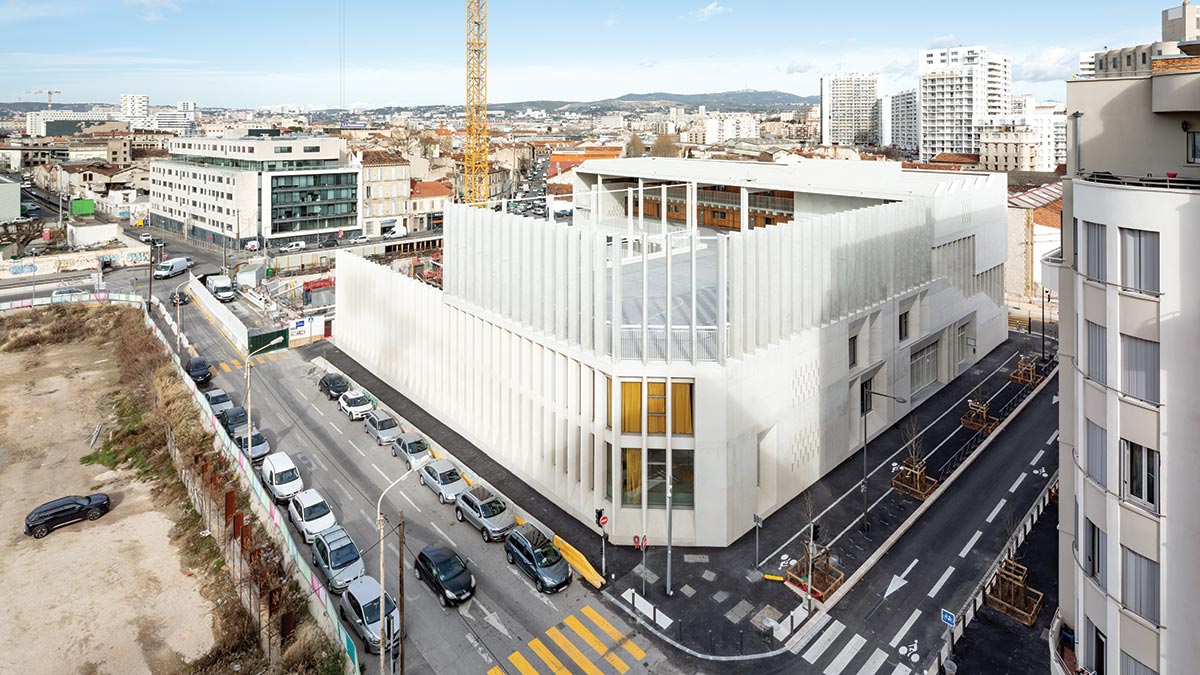 There was also the question of how to deal with a site that was arguably too small for the required program: an école maternelle (ages 3 to 6) and an école élémentaire (ages 6 to 11), whose combined 480 or so pupils needed 43,000 square feet of floor space, plus outdoor playgrounds, that had to be squeezed into a 23,600-square-foot lot. “That was the biggest challenge,” continues Garcin. “I think we won the design competition because our scheme proposed the largest playgrounds.”

The generous grade-level playground is protected at the heart of the site behind classroom wings built right to the street line. Consequently, the schools are stacked on top of each other, the école maternelle occupying levels one and two and the école élémentaire levels two, three, and four. Although there is physical porosity between them, the schools remain separate institutions, each with its own principal. They share an entrance porch, but an open-air staircase, expressed on the facade, allows elementary pupils to reach their part of the building directly. They also have their own playground on the roof (maternelle pupils use the courtyard), as well as a sports court, both of which enjoy impressive views toward the port. Garcin, who grew up 60 miles away, in Nîmes, knows the Mediterranean climate well, and adapted the building accordingly. Its generously glazed courtyard facades, which face north and west, are shaded by the broad overhangs of external walkways, while the unbuilt western side of the site is enclosed by a two-story-high “colonnade,” as Garcin describes it, that provides both solar and visual veiling. The street facades, on the other hand, are far less open, and realized in concrete—a material he considers better suited to the local climate than wood, which he believes ages badly. “The facades are a love letter to Mediterranean architecture, sculpted by the sun,” says Garcin of the monumental elevations, which feature deep embrasures to protect the street-side glazing from the hottest rays. They are cadenced according to a 4-foot measure, expressed in the intervals of the colonnade, which wraps around the building both at roof level (protecting the sports court) and on the external stair. 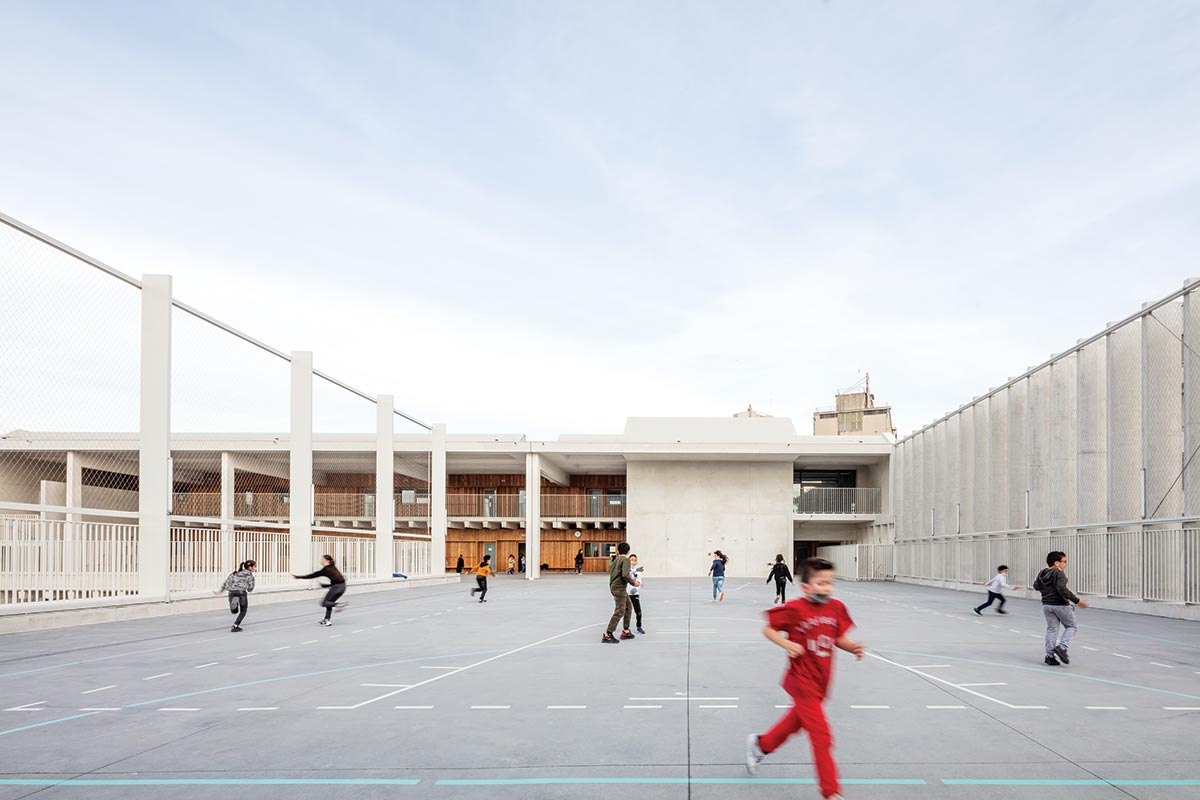 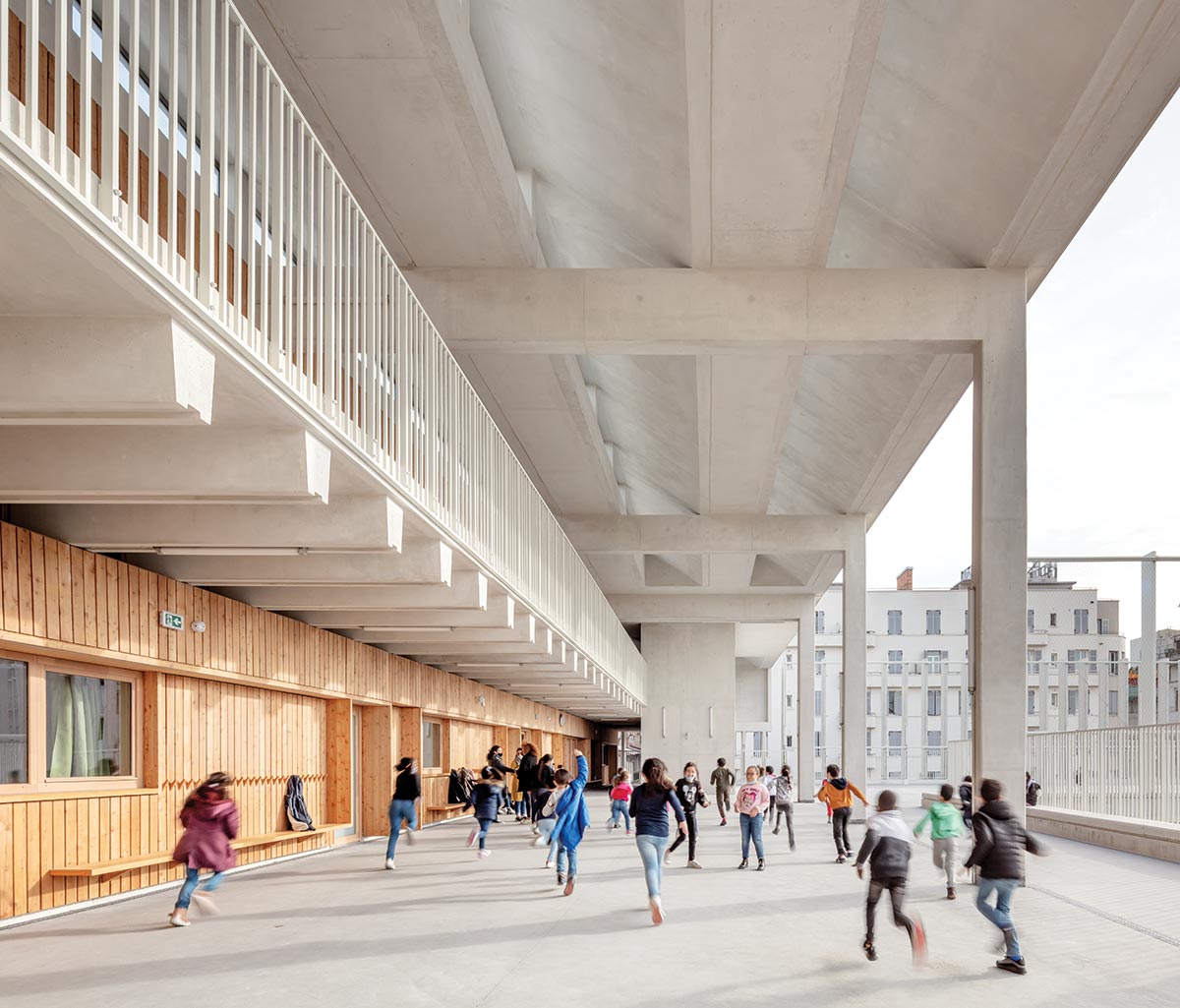 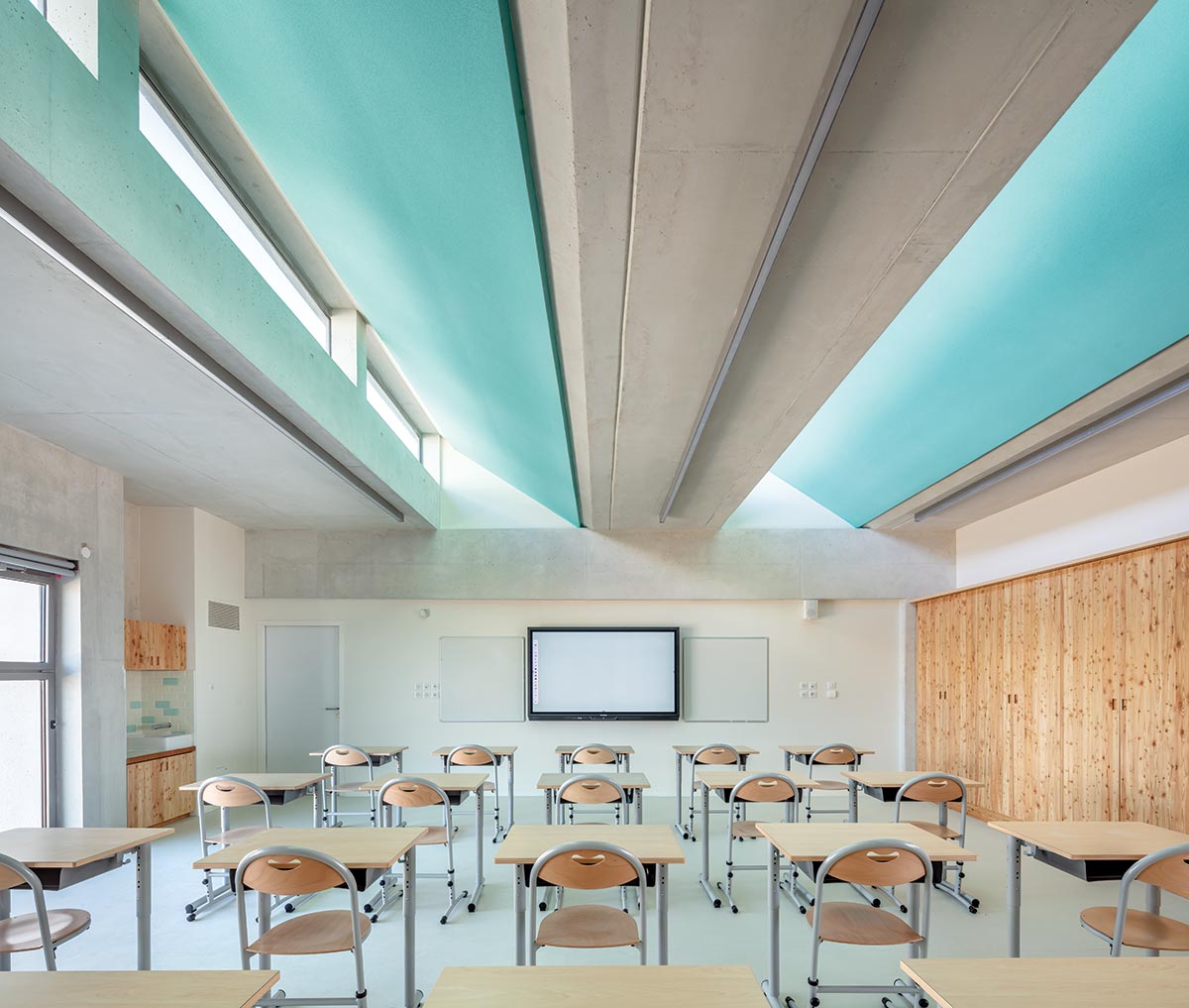 Concrete, whose high thermal inertia helps ensure even temperatures inside, is revealed both within and without, the facades being realized in three layers: 8 load-bearing inches on the interior, followed by 5½ inches of rigid insulation, then another 5½ inches of concrete on the exterior. The project’s environmental ambitions included making the concrete as low-carbon as possible: mixed on-site to minimize deliveries, its sand and aggregate were sourced from nearby quarries, while two-thirds of the cement was replaced by slag from the metal foundries at Fos-sur-Mer, 25 miles away. Wood was not entirely eschewed: it was used structurally for non-external walls and also throughout the school’s interior for cladding and furnishings whose slats echo the facade colonnade (as do the exposed concrete beams on the classroom ceilings, which follow the 4-foot measure). Islands of greenery dot the courtyard playground, although roof planting, which the architects proposed, was vetoed by the city’s maintenance department. 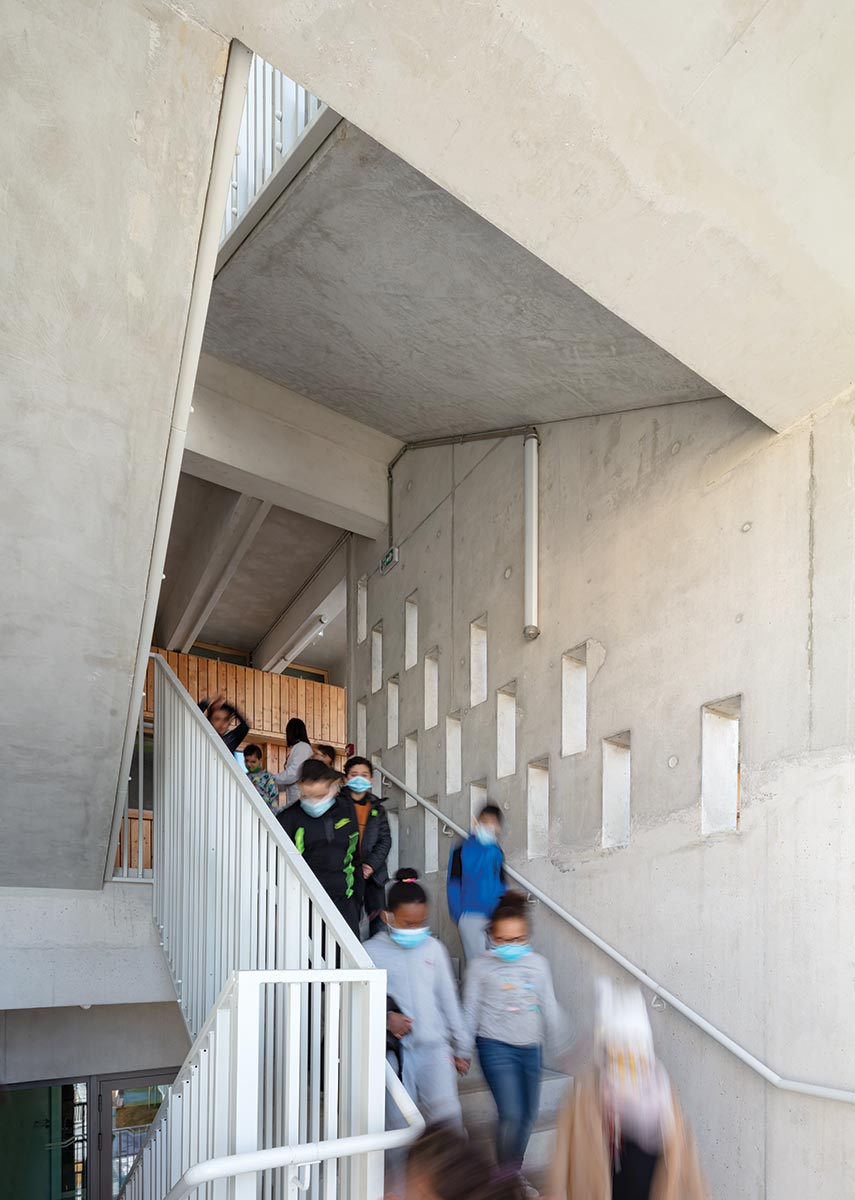 Inside, the classrooms are all generously daylit, with those on the courtyard opening up to the exterior, thanks to floor-to-ceiling sliding glass, while those on level four enjoy extra light from a sawtooth roof, which continues out over part of the école élémentaire’s playground so that it can still be used in the rain (the building’s fifth facade is entirely free of mechanical equipment, which is hidden away in the very tall ground floor that was imposed by local code). Responsible for most of the furnishings, the architects were able to reduce classroom clutter, even getting rid of radiators, since they chose to install underfloor heating and cooling, supplied by the Euroméditerranée hydrothermal seawater system. With such ingenious planning and detailing, this building sets a very high bar for the renewal of Marseille’s ageing school stock. 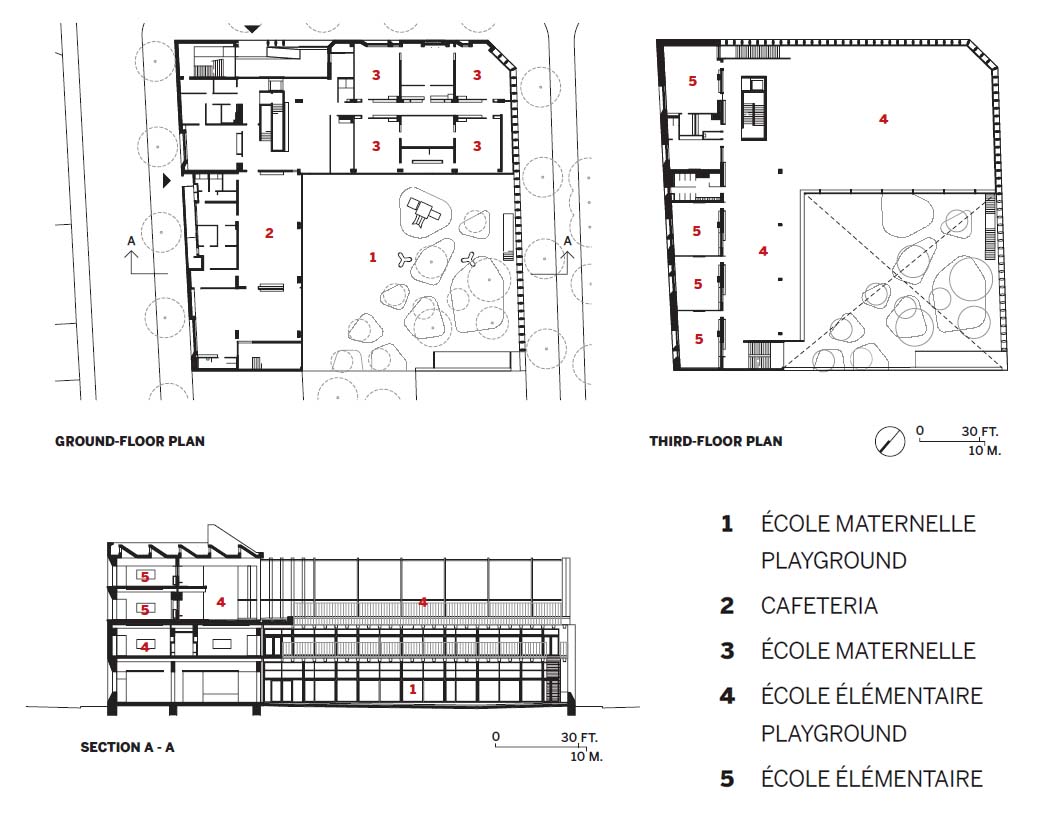 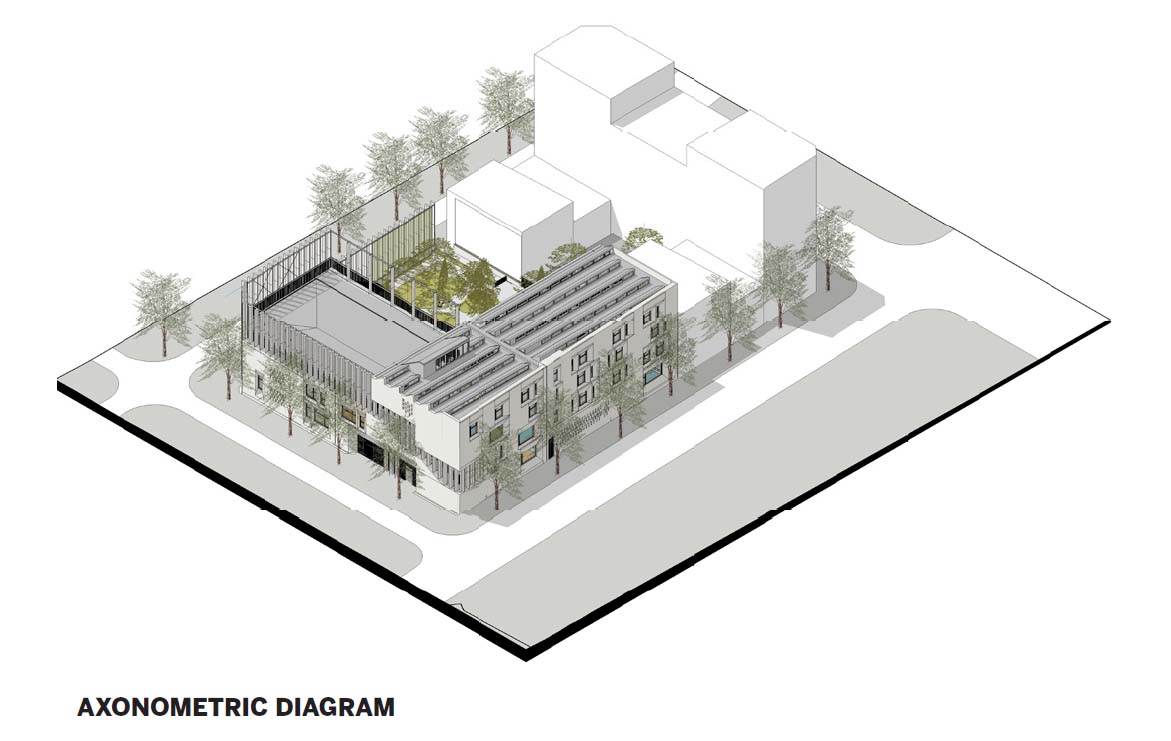