Helmut Jahn came to the U.S. in 1966, expecting to stay a year. He remained for more than half a century, becoming a leading interpreter of modernism for the high-tech era while running the Chicago-based firm Murphy/Jahn (in recent years called JAHN) until his death on Saturday at age 81. His bicycle was struck by two vehicles in an accident near his farm in St. Charles, 40 miles west of Chicago. Survivors include his wife, Deborah Ann Lampe, an interior designer, and their son, Evan. 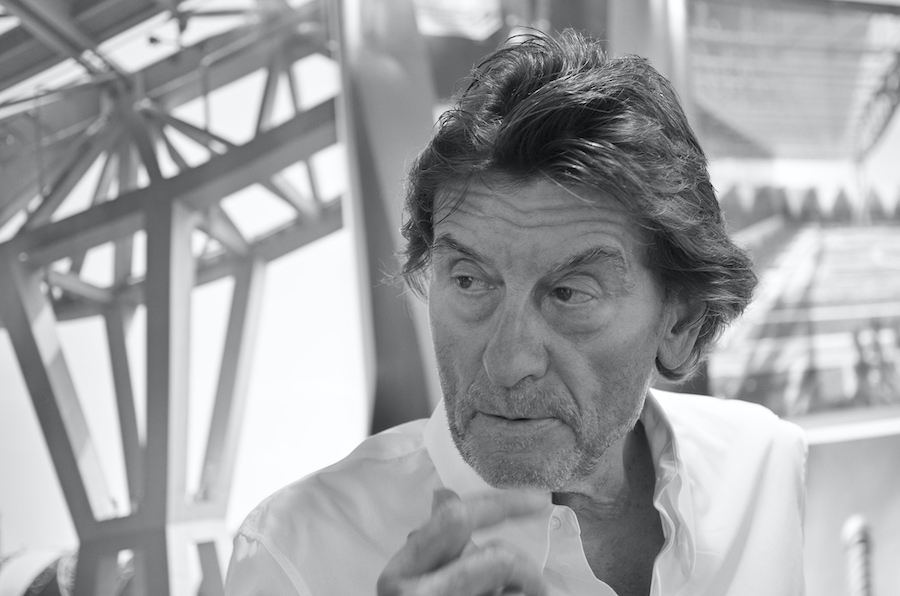 Jahn was a modernist who wasn’t afraid to incorporate historical motifs, playful geometries and pastel or primary colors into his work. He was sometimes labeled a postmodernist, but he was perhaps better known, especially in his later years, for buildings that were as carefully engineered as the Porsches he drove and the sailing yachts he raced competitively.

A sportsman (in addition to sailing, he ran, biked, swam and skied like a “wild man,” according to his late friend Stanley Tigerman), he was also fashionable enough to make the cover of GQ, which in 1985 called him “Controversial, abrasive, handsome, young, fanatical, quite serious and, these days, very very hot.” Around the same time, Newsweek labeled him “the Flash Gordon of Architecture.”

Jahn was best known for his work in and around Chicago. He was “the link between SOM’s heyday and the era of Jeanne Gang,” Dirk Denison, an IIT professor who knew Jahn professionally for decades, told RECORD. The period in-between (essentially the 1980s and 1990s) “was owned by Helmut Jahn,” Denison added.

Jahn’s prominent Chicago projects included the State of Illinois Center (1985; now the James R. Thompson Center), a 17-story government office building incorporating an atrium so vast, it made the building a blue-and-pink white elephant. Claiming the building needed hundreds of millions of dollars in repairs, the state put it on the market just days before Jahn died. A sale will likely result in demolition, and preservationists have taken up the cause.

Jahn also designed the United Airlines terminal at O’Hare Airport (1987), with its erector-set-and-glass concourses and its famous neon-lit underground tunnel. His  art deco-ish addition to the Chicago Board of Trade was completed in 1982. But he did some of his best work in the post-post-modern period. His State Street Village, a trio of bulbous residence halls at IIT (2003), is sheathed in corrugated metal, but its impeccable detailing makes it more Swiss watch than Quonset hut.

But in 1998, when Blair Kamin profiled him for the Chicago Tribune, Jahn was working seemingly everywhere except Chicago. According to Kamin, Jahn said that the State of Illinois Center had made his reputation around the world and killed it in Chicago. Kamin wrote that Jahn had lost his postmodern zeal, but what “endures is the cockiness, the unmitigated assurance that his way is the right way.” 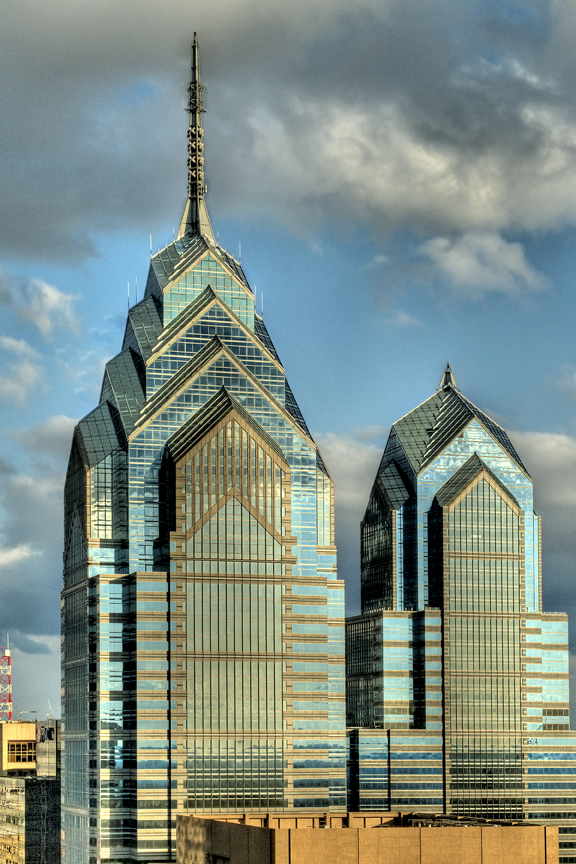 Jahn maintained ties to his native Germany, where his most visible project was the Sony Center (2000) on the Potsdamer Platz in Berlin, a massive redevelopment project and an important symbol of the rebirth of that city in the wake of German reunification. “He was fearless in taking on huge commissions—skyscrapers, airports, and whole sections of cities—and always tried to make an impact,” said Denison. In the U.S., Jahn's projects included One Liberty Place, Philadelphia’s tallest building when it was completed (1987-1990), and one of a number of Jahn towers that rendered vaguely historicist spires entirely in glass. JAHN’s other projects included Bangkok’s Suvarnabhui Airport (2006). And he continued building in Chicago. In 2011, he completed the Joe and Rika Mansueto Library at the University of Chicago; much of the building is underground, beneath an immense curving glass shell that brings in daylight.

Jahn was born outside Nuremberg in 1940. During his childhood, he watched the city destroyed and then rebuilt. From 1960 to 1965 he attended the Technical University of Munich, where, he said in a 2019 interview, the emphasis was more on American architects than on Germany’s Bauhaus. In 1966, he traveled to Chicago, where he had obtained a one-year scholarship to the Illinois Institute of Technology, presided over by Mies van der Rohe acolytes, including Myron Goldsmith, who became one of his mentors. But he was anxious to start building.

In December 1966 he left school and went to work for Gene Summers, a Mies protege and later IIT’s dean. “I was his only employee,” Jahn said in 2018. “I was hired to answer the phone, because there wasn’t any work.” But within days, McCormick Place, Chicago's vast lakeside Convention Center, burnt down. Summers was hired by the Chicago firm C.F. Murphy Associates to design its replacement. Jahn was his right hand. He quickly rose in the firm, taking control in 1981 and renaming the firm Murphy/Jahn. (Founder Charles Francis Murphy, who began his career working for Daniel Burnham, died in 1985.) In 2012, he renamed the firm JAHN. Not everyone was impressed. His sometime rival Harry Weese told the Chicago Tribune in 1985 that he was  “shallow” and “more of a craftsman than a philosopher.”

In a 2018 interview, Jahn said he applied for U.S. citizenship in 1968 or 1969. But when he went for his interview, he said, “They were rude. They acted like they were doing me a favor.” He withdrew his application and never reapplied. But he said, “I am more American right now than German. If I had stayed in Germany, I would not have accomplished what I accomplished here in the U.S.”