Terence Riley, a curator, author, critic and tireless promoter of new architecture, who helped two major museums through significant building projects, died Tuesday, May 18 in Miami at age 66, apparently of an underlying heart condition. As Chief Curator of Architecture and Design at the Museum of Modern Art (1992 to 2006), he helped the institution execute Yoshio Taniguchi’s $850 million renovation. Then, as director of the Perez Art Museum Miami (2006 to 2009), he oversaw the design of its acclaimed new building by Herzog & de Meuron. Riley was also a practicing architect whose partnership with John Keenen in the firm K/R lasted from 1984 until his death. He lived in a house that he designed with John Bennett, which was based on the work of Ludwig Mies van der Rohe, in Miami’s Design District. 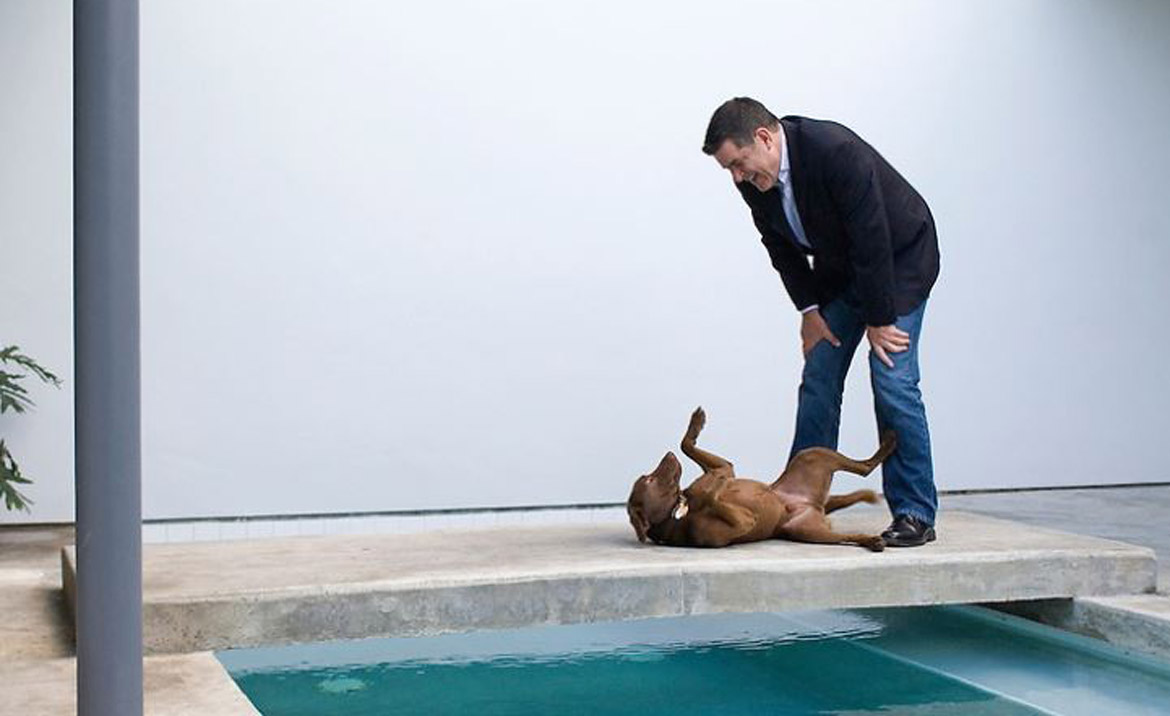 At MoMA, he curated a number of important shows during his 14-year tenure. Glenn Lowry, the museum’s director since 1995, said that his work on "Frank Lloyd Wright: Architect" (1994), and "Mies in Berlin" (2001) “reflected a high level of scholarship.” But at the same time Riley was mining architectural history, he also “had his ear to the ground about the critical issues of the moment.” He cited Riley’s shows “Light Construction” (1995) and “Tall Buildings” (2004) as particularly timely. The former introduced museum-goers to a number of architects who would become important in subsequent years, including Jean Nouvel, Steven Holl and Kazuyo Sejima. (“That show was my manifesto,” Riley said in a 2018 interview). The latter, filled with scale models of supertalls, Lowry called “prescient, when you see what’s happening to the New York skyline right now.” Also prescient was Riley’s 1999 show “The Un-Private House,” which explored, among other topics, the ways the ability to work at home affected residential architecture. Herbert Muschamp wrote in the Times that the show “has been a popular as well as a critical success, so crowded at times that it's impossible to see the many fine works on view."

Riley’s successor at MoMA, Barry Bergdoll, told RECORD that as a young man, “Terry Riley was on the brink of an architectural career of great refinement when the curating bug got him.” During Riley's tenure at MoMA, Bergdoll said, “he animated everything, including galleries, meetings, and parties, with his esprit de vie."

When the museum decided to expand its campus in the late 1990s, Riley took trustees on a world tour to meet up-and-coming architects and see their work. “He brought Taniguchi to our attention,” Lowry recalls. At the time Taniguchi was best known for a number of small, jewel-box museums in Japan. Riley was convinced that he was capable of scaling up to meet the demands of MoMA. When it opened in 2004, the renovation received mixed reviews.

After leaving MoMA in 2006, he became director of what was then called the Miami Art Museum. He led the selection committee that chose Herzog & de Meuron to design the museum’s new building, then worked closely with Jacques Herzog and partner-in-charge Christine Binswanger to develop the design. “The building could not have happened without Terry,” Binswanger said by email. The new museum, which opened in 2013 (after Riley had already returned to practicing architecture), consisted of large concrete volumes nestled beneath trellises and behind gigantic hanging gardens. Elizabeth Plater-Zyberk, dean of the University of Miami School of Architecture from 1995 to 2013, described the museum as “the most important recent building in Miami, environmentally prescient, and aesthetically pleasing even to non-architects.”

As an architect, Riley worked on a number of residential and commercial buildings, including several for Craig Robins, the Miami developer and design impresario. Robins hired Riley to create a massive artwork on the wall of a new parking garage in Miami’s Design District. Riley doled out portions of the wall to five firms (including his own); each created an eye-catching 3-D installation. He was the lead designer on the Sarasota Art Museum of Ringling College, which opened in 2019. He worked as an advisor to developers and institutions and served as a juror on a number of important competitions. As a teacher at the University of Miami and other schools, Platzer-Zyberk said, he was “positive and elevating and beloved.”

Born in Woodstock, Illinois in 1954, Riley studied architecture first at the University of Notre Dame and then at Columbia University. “After I’d completed my master’s degree at Columbia,” he recalled in the 2018 interview, “Bob Stern suggested I do an exhibition on Paul Nelson.” Nelson, a modernist architect practicing in France, was Riley’s great-uncle. Riley followed Stern’s advice; the show opened the new Ross Gallery at Columbia in 1990. Philip Johnson came to see it and asked Riley about his career plans. That led to an interview at MoMA, and an energetic 14-year reign. “Until Mr. Riley's arrival in 1992, the architecture and design department had been in retreat for years,” Muschamp wrote in the New York Times in 1997. During his MoMA years, Riley added to the museum’s design collection and made a number of important hires, including Paola Antonelli, a freelance curator who had never worked in a museum before. Now Senior Curator of the Department of Architecture & Design and the museum’s Director of R&D, she emailed from Italy: “Terry took a big chance on me, it was gutsy and I will forever be grateful and in awe.” She added: “He was swashbuckling and self-deprecating, sharp, curious, generous, always great company. He was always ready to take a leap of faith on an idea that might have seemed far-fetched. He could be impulsive—​getting ​​ into feuds and friendships with equal abandon. Terry was a mensch.”