As one might gather from the name, DAAM architects (a cheeky acronym for Design, Architecture, Art, and Making) aren’t afraid to have fun while defying convention. So far, the Chicago-based firm, led by Elyse Agnello, 36, and Alex Shelly, 37, has focused mainly on adaptive reuse and renovation projects. “In architecture school we’re trained to make tidy drawings and to value the autonomy and authorship of the architect,” Agnello says, “but we learned that everything can’t be ‘just so’—rich design comes from adjustments.”

At a young age, Agnello remembers marveling at the scale of the Manhattan skyline on her way to school in New Jersey. “I told people I wanted to be a doctor and an artist on the side,” she laughs. It seems only natural that she later discovered architecture, eventually earning her master’s from Harvard’s Graduate School of Design, where she met Shelly, in 2014. 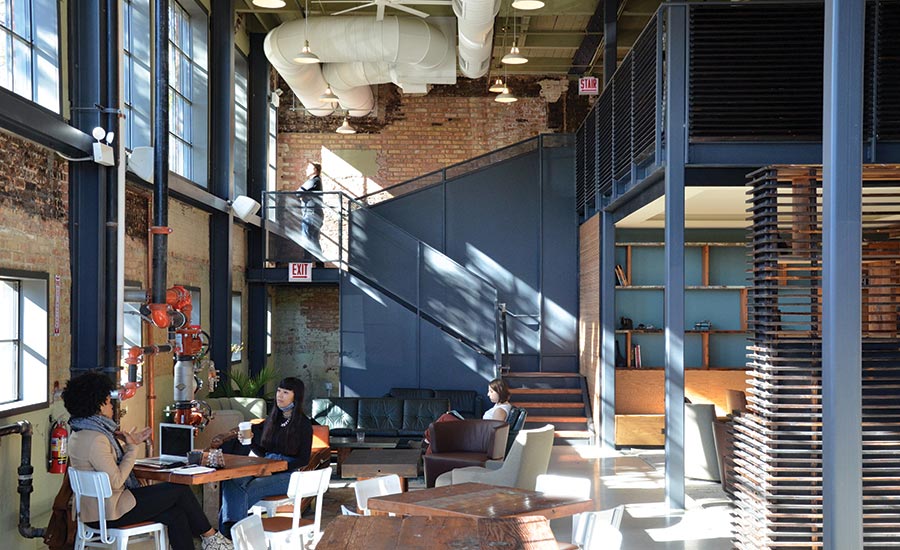 GUILD ROW: This adaptive-reuse project transforms a series of former manufacturing buildings into a campus of collaborative spaces for a new social club. A sawtooth-shaped addition “re-stitches” the remnant buildings back together, while correcting circulation and accessibility issues from the original structures (1 & 2). Photos © DAAM, click to enlarge. 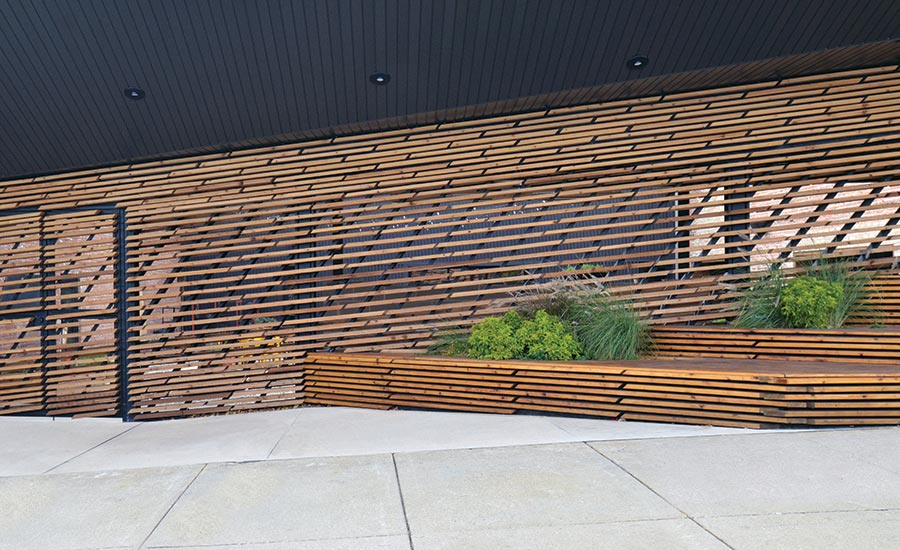 After obtaining her license, Agnello says she couldn’t fathom working for someone else’s practice, so she founded DAAM in 2016 and was joined by Shelly as principal shortly thereafter (a third partner has since left the firm). Today, DAAM has completed over a dozen projects. Two of their earliest commissions, obtained through personal connections in Chicago, where Agnello moved after graduate school, Guild Row and LYTE Lounge, were adaptive reuses with a social angle. Guild Row—a club that Agnello cofounded—was a series of industrial buildings reconfigured and converted into a single makerspace campus. LYTE Lounge, on the city’s South Side, is a 1926 church and nursery turned community center for youths experiencing homelessness, expected to be completed later this month. 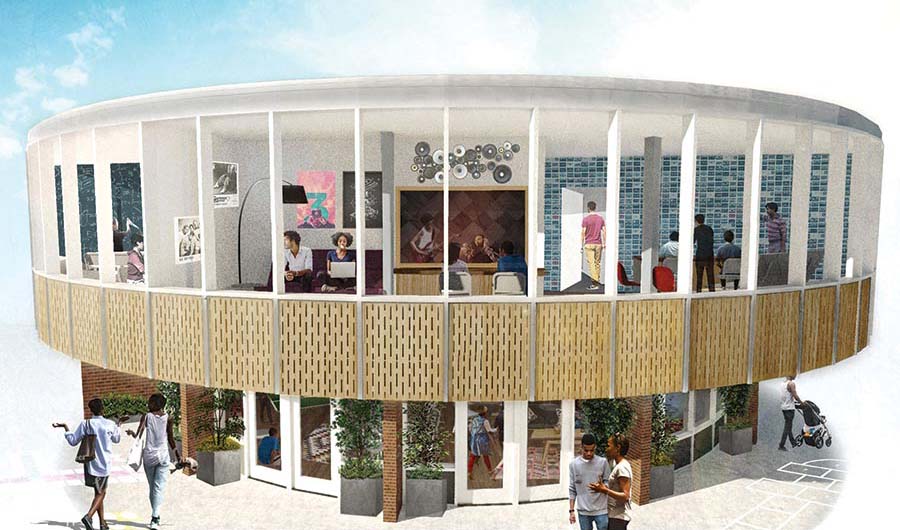 LYTE LOUNGE: The circular and rectangular structures were renovated to become a center for young adults affected by homelessness, offering a domestic feel plus safe circulation routes to personal storage areas, through vertical stitches between the existing buildings’ misaligned floors (1 & 2). Images courtesy DAAM 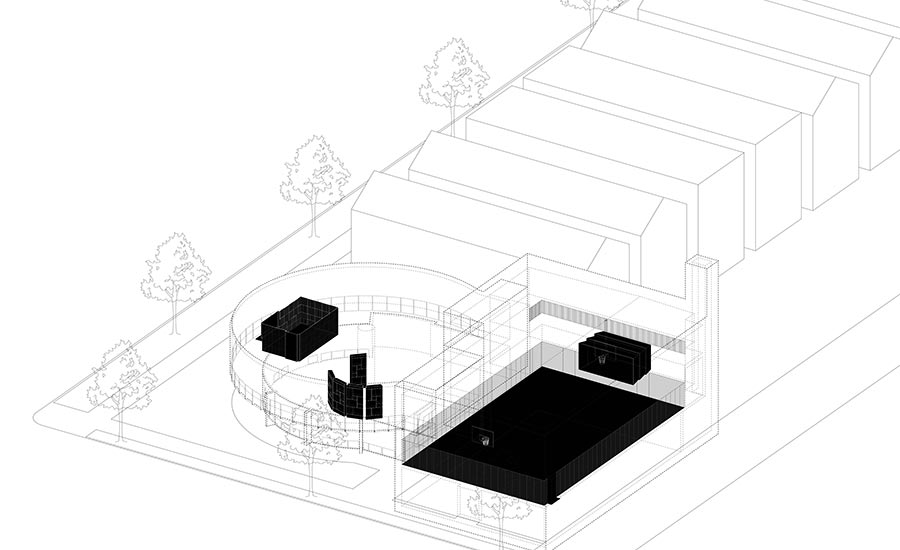 For such social projects, Agnello and Shelly are typically introduced in the planning stages to “provide an architectural lens” on the overall programming, sometimes even before a site is identified, according to Shelly. “It’s not a chore for us,” says Agnello of the process, from pre-feasibility conversations through to construction. Both also credit previous manual labor experience—Agnello was a steel fabricator and Shelley a construction worker—as the root of their appreciation for craft and a willingness to roll up their sleeves. 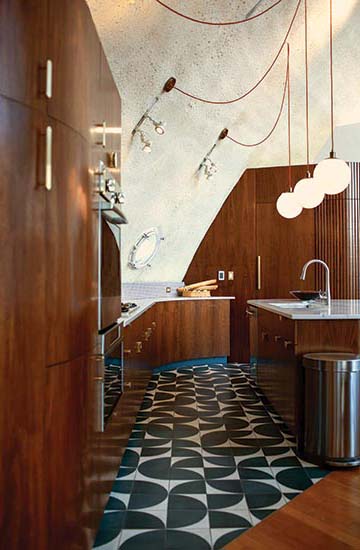 SHELL HOUSE: DAAM remodeled several features of this domed house in New York’s Catskill Mountains, designed in 1996 by Seymour Rutkin, and now a private retreat and site of an artist residency program. Focusing on the kitchen, the curved theme is elaborated in various details (top and above). Photo © Lydia White

Also rooted in their sensibilities is the inspiration of other architects: Lina Bo Bardi’s idiosyncratic designs, Tadao Ando’s use of light, and Christ & Gantenbein’s balancing acts of space and form, for example. They also, very humbly, acknowledge similarities in their work to that of this year’s Pritzker laureates, Anne Lacaton and Jean-Philippe Vassal. “Adaptive reuse and social engagement are design ambitions that we also intuit and try to inject into our projects,” says Shelly. “It’s in our bones,” echoes Agnello. “Part of what motivates us is to create architecture that is meaningful.”

Despite society’s collective challenges of the past year, the architects cite this period in the firm’s life as one of growth and transition, with several residential as well as other projects in the works. Both principals admit that the firm’s path has been nonlinear, and it’s hard to say what the future holds. “I mean, we named our practice DAAM,” Agnello quips; “we’re interested in breaking some rules—being a little defiant and bold.” 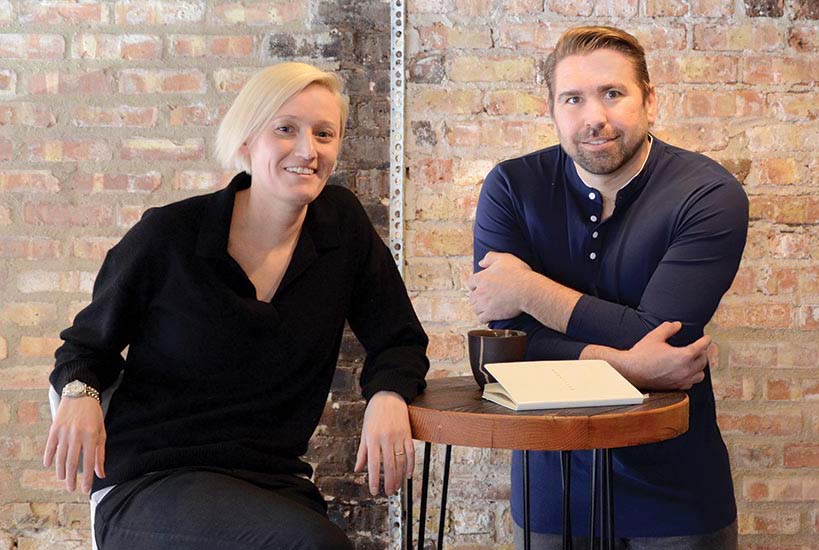 Back to Design Vanguard 2021
KEYWORDS: Chicago