After the devastating earthquakes of 2017 in southern Mexico, federal housing relief to rural villages often came in the form of debit cards—preloaded to buy materials so villagers could, as they always had, rebuild their own housing. But the cards could only be used to buy preapproved items like concrete and rebar from suppliers located in distant cities. 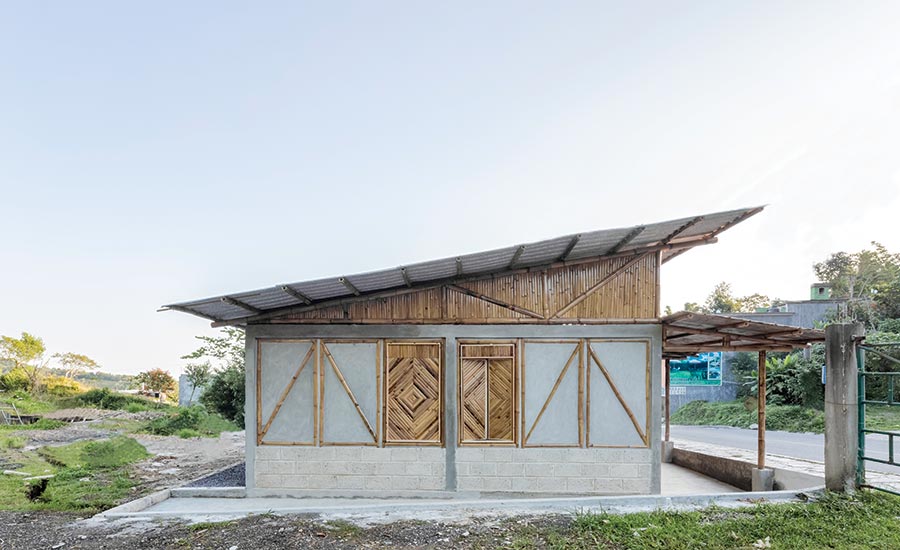 SOCIAL PRODUCTION OF HOUSING II: This project (above and top)  was awarded a silver medal by the National Housing Commission in the First National Rural Housing Contest. Photo © Onnis Luque, click to enlarge.

Mariana Ordóñez Grajales and Jesica Amescua Carrera of the Mexico City–based studio Comunal believed they could design a better form of self-empowerment. Not for the first time, they worked closely with villagers in the affected region to understand traditional housing typologies, how local people lived and worked, and what materials could be drawn from nearby sources. They consulted with a seismic structural engineer to develop more earthquake-resilient versions of vernacular building techniques. And then they went back to the villagers to improve systems, in particular assuring village women that they could build too. 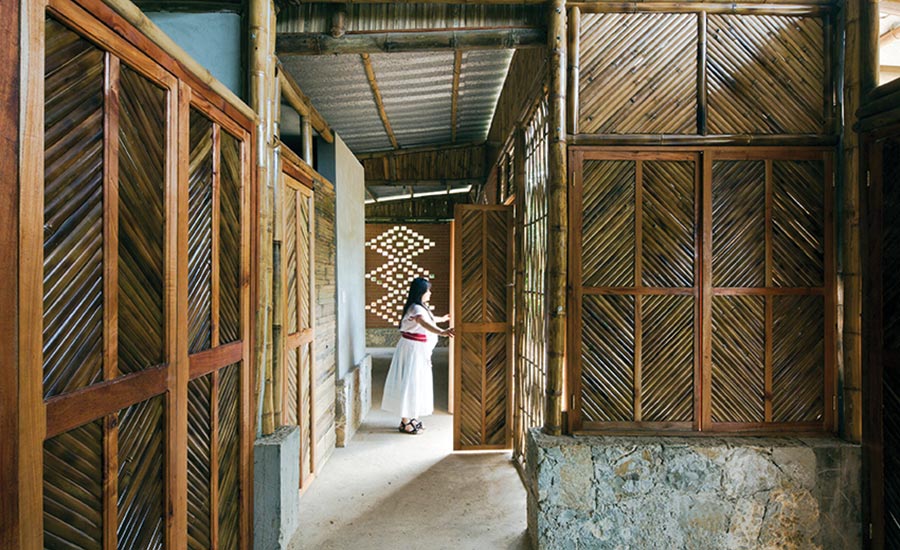 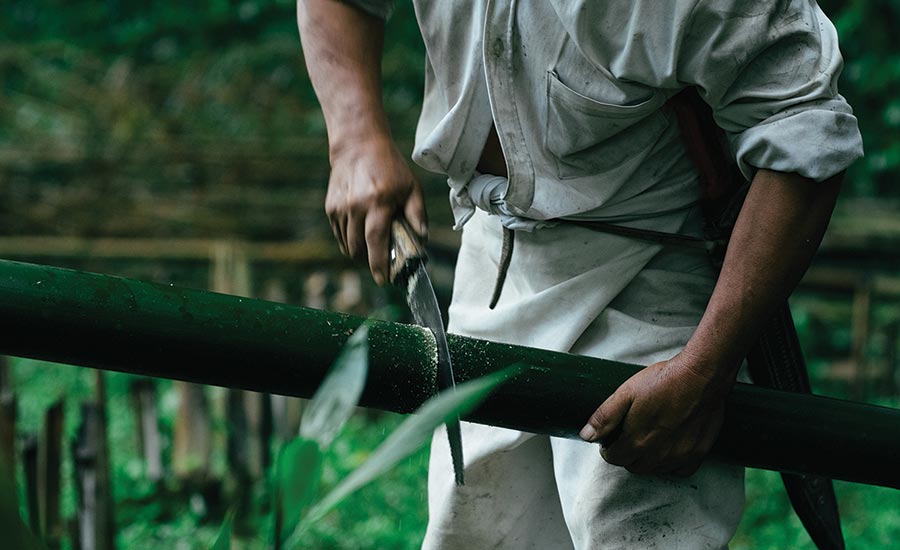 SOCIAL PRODUCTION OF HOUSING I: Dating back to 2013, this series of houses developed as a response to the social, economic, and environmental context of the community of Tepetzintan. One desire of the residents was to take advantage of underutilized natural assets such as bamboo, wood, and stone. Photos © Erwin Jaquez

Grajales, 35, founded Comunal in 2015 as a studio but also as an approach to architecture based in “collectivity, mutual aid, knowledge transfer, and the search for community welfare.” Carrera, 38, joined two years later. Their first job together was working with teenagers in Tepetzintan, Puebla, to design and build their village’s first high school. “We connected immediately,” says Grajales of Carrera. “We share the same vision for architecture as a tool for social transformation.” 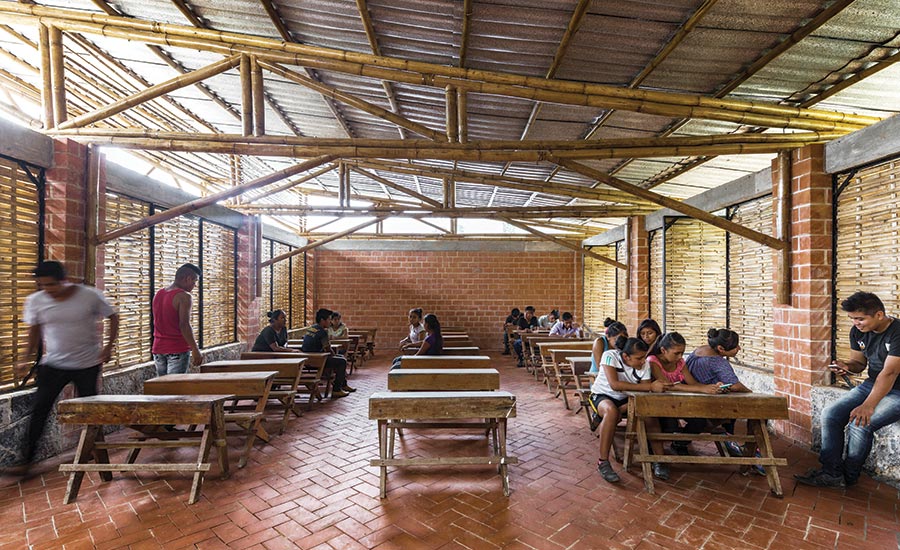 PRODUCTIVE RURAL SCHOOL: The first project Grajales and Carrera collaborated on was a school in Tepetzintan, Puebla. They worked with teenagers from the village to design and build its first high school, and continue to engage with students to complete additional phases. Photo © Onnis Luque

Despite rapid urbanization countrywide, rural indigenous villages still comprise a large percentage of the population in many Mexican states. Government housing programs require the use of industrialized materials and often prescribe spaces—fine for urban dwellers who work outside the home, but an imposition on families who need flexible spaces, say, for shucking corn or coffee beans. On a greater level, says Grajales, “identical housing models—reproduced throughout the territory regardless of climate, culture, and place—is destroying ways of life and ways of understanding the world, reducing the human right to housing to a commercial object.” In Comunal’s view, these systems amount to a systematic “violence” against communities. In particular, women are rendered helpless within male-dominated construction, despite the primacy of their roles in the family and community, given that their husbands often must search for work in cities or the U.S. 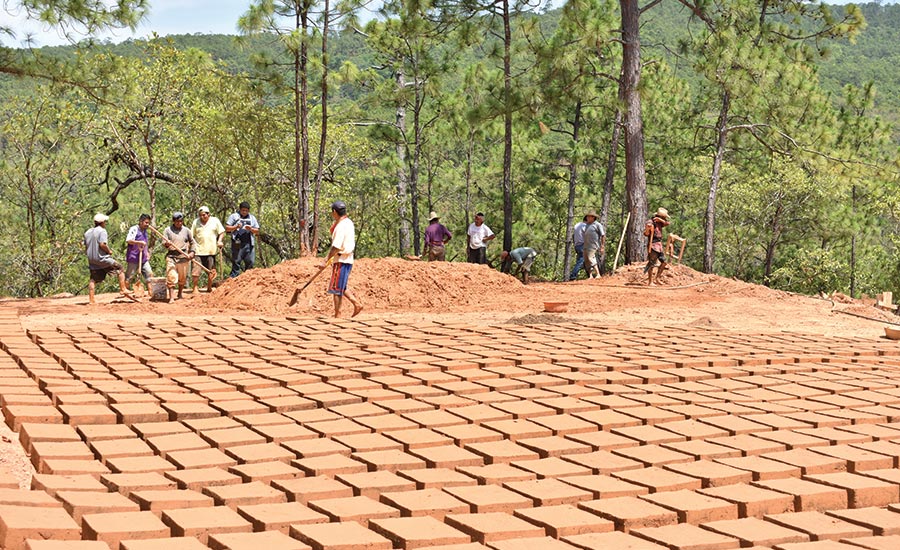 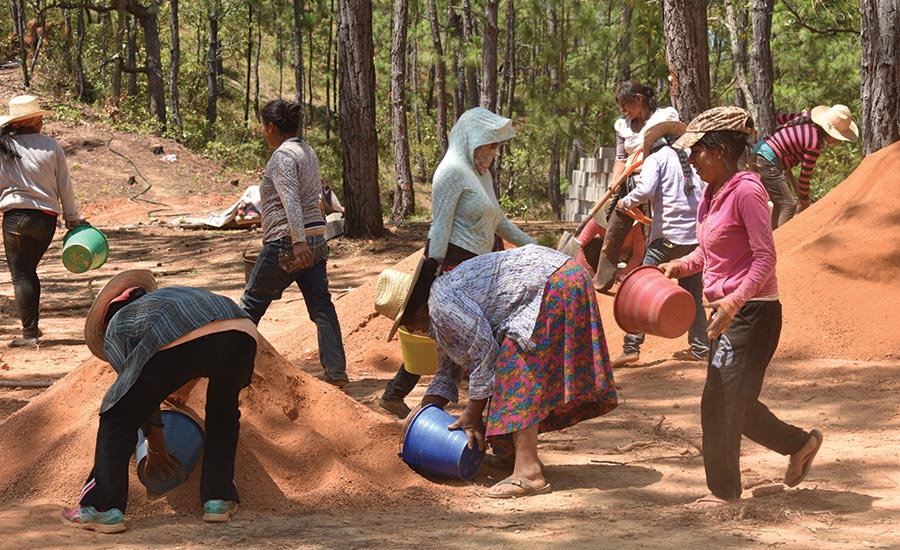 ADOBE PRODUCTION: Comunal works with villagers to understand traditional housing typologies and what materials could be drawn from nearby sources. Many of those participants are women. In Santa María Nativitas Coatlán, Oaxaca, for instance, women, alongside men, made 180,000 individual bricks used to build 150 new homes Comunal designed with them. Nearby, in Ixtepec, Oaxaca, Comunal worked with 20 women to develop a rammed-earth building system. Photos © Comunal

Though the office is based in Mexico’s capital, Grajales pointedly notes “the studio” is the rural regions where they work with villagers. In Chiapas, they partnered with midwives to design and build birthing houses. In Tlaxcala, Comunal and the villagers are building Tequiocalco, a center for research and revitalization of community knowledge. The collaborations often conjure an architecture of sturdy precision and delicacy: adobe bricks form walls that filter light through open patterns; bamboo trusses have the sharp certainty of steel; steeply angled recycled metal roof planes float. 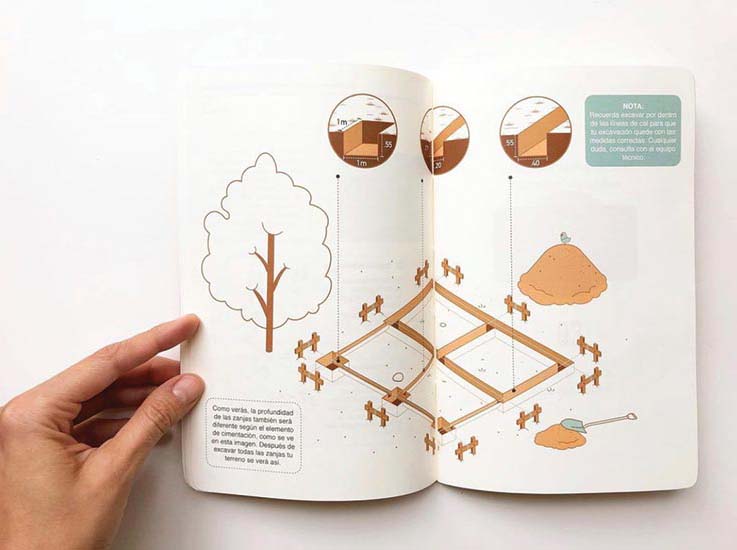 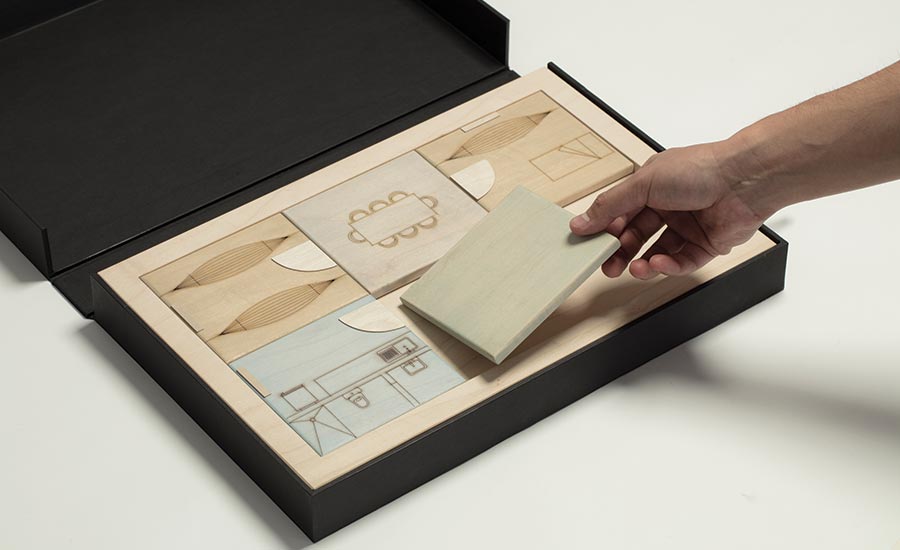 MANUAL AND DESIGN TOOL: To bridge the vast divide between the many indigenous languages and Spanish, Comunal developed simple modeling kits based on vernacular typologies to help users visualize new spaces.

To fund the work, and themselves, Comunal formed a nonprofit to receive donations. Funding campaigns, scholarships, awards, academic seminars, self-managed workshops, and conference speeches provide other funds. “It is important to clarify,” Grajales notes, “that the funding process begins in the communities through collective labor and mutual aid, local knowledge and materials, self-construction, and land to build.” Or, as Carrera describes Comunal’s approach, “We are a strategic presence offering accompaniment to the technical and social processes. It’s about a relationship, not dependence. And the people always have the last word.” 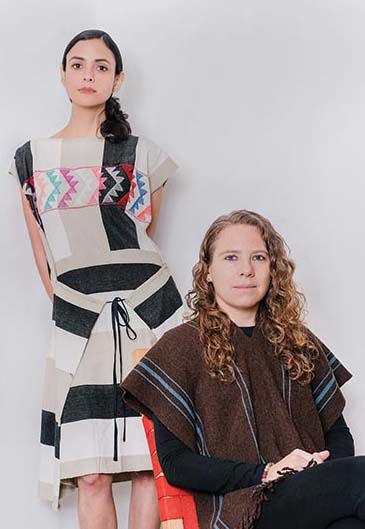