When profiling architecture firms, one looks for themes and patterns in their work, but that sort of generalizing is precisely what the architects in the Swiss firm Atelier Scheidegger Keller don’t like to do. “We really try to avoid getting into any kind of general approach,” says 45-year-old Jürg Keller, cofounder of the Zürich-based office with 43-year-old Christian Scheidegger. “It’s perhaps a bit of a romantic ideology, but for us every new project is an opportunity to address things from scratch. Each time we think about how to construct a house, it’s a totally different approach.” 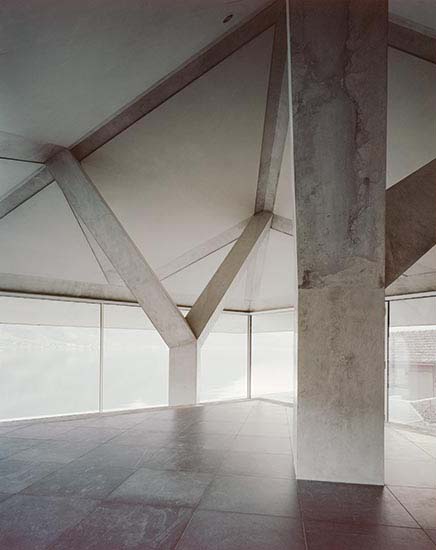 HOUSE WITH TWO COLUMNS: This waterfront house comprises a single large space that is simultaneously high and wide, heavy and light, open and confined. The plan, together with the fully glazed exterior walls and minimal structure, allows the nearby mountains and lake to be omnipresent (above and top). Photos © Karin Gauch and Fabien Schwartz, click to enlarge.

So far, they have only built housing—partly because it’s a genre that fascinates them, and partly because opportunities to tackle other typologies have not yet come their way. “The genius loci always has a very strong impact on our work,” says Scheidegger. “Topography, climate, the light, and the local building culture—we always try to be specific.” Take the two projects that are the House with Two Columns (Wilen, 2014) and the House on a Slope (Gordola, 2017), both entirely in concrete. In response to the lakeside site, the Two Columns house minimizes its structure to allow for wraparound panoramic glass under a pyramidal copper roof that perches on just two branching columns. In contrast, the House on a Slope employs immense retaining walls to deal with the steep hillside plot, broadening them vertically to create a hefty, sparsely fenestrated building. Though the two houses use concrete in diametrically opposed ways, they have in common the fact that, inside, each comprises just one space with no partitions: a series of stepping platforms underneath the umbrella roof in Wilen, and a continuous ribbon of accommodation twisting down the hill in Gordola.

HOUSE ON A SLOPE 1: Contextually inserted into the hillside, the rustic exterior of the house on the edge of the old town of Gordola conceals the conceptual rigor and switchback path of a single spatial sequence. Three inner concrete walls form the spaces on both floors, describing a journey from level to level, space to space, window to window up the steep slope and throughout the rooms (1-3). Photos © Atelier Scheidegger Keller (1), Karin Gauch and Fabien Schwartz (2 & 3) 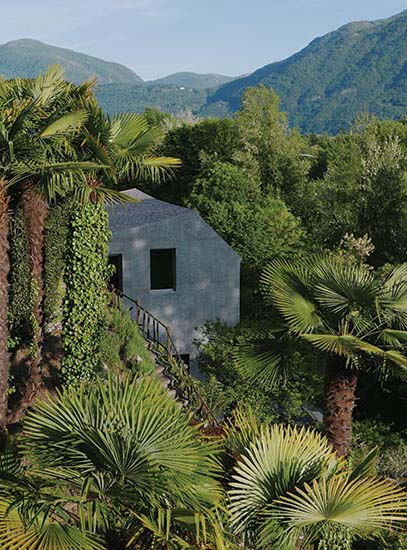 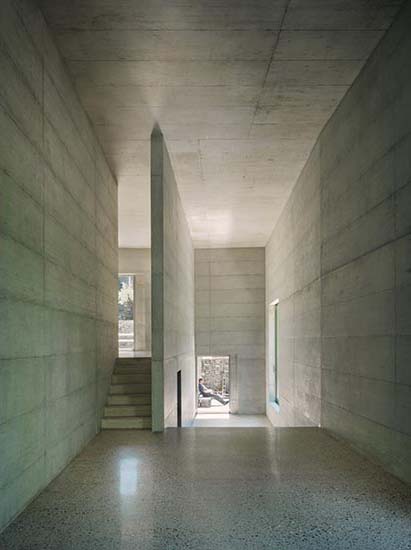 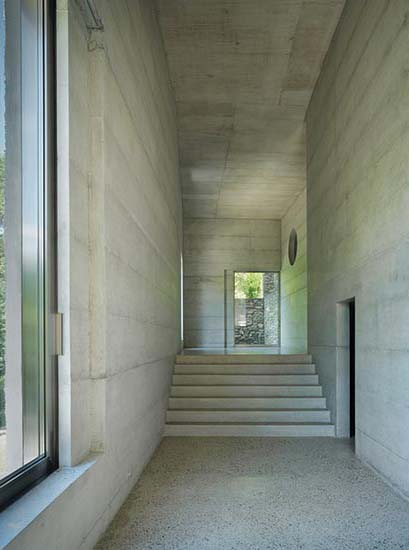 “We always try to include a certain generosity in every project,” says Keller, be it in plans that stretch out and sequence space so that the eye and the foot perceive it as larger than it is, or variations in ceiling height that intersperse the compact with the soaring—tricks developed for an era when the rising costs incurred by ever more complex regulations result in decreasing floor areas. The pair’s student housing in Zürich-Wipkingen (2014–21), for example, includes double-height communal spaces equipped with cozy fireplaces. Raw materials—concrete, brick, the unpainted wood of doorframes—predominate inside, “so that heterogeneous furniture will get lost among everything that’s already there in the architecture,” explains Keller. Outside, redbrick, chimneys and contextual pitched roofs domesticate and break up the building’s elongated bulk. 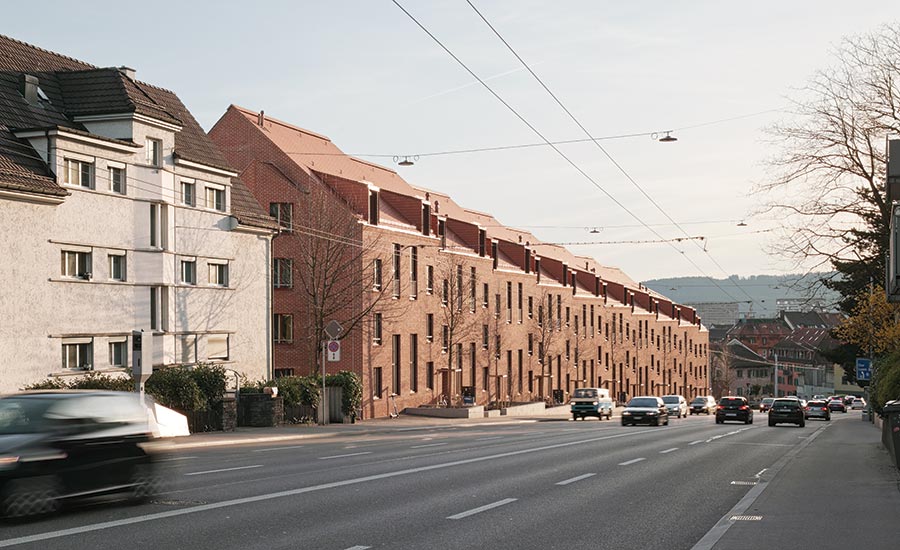 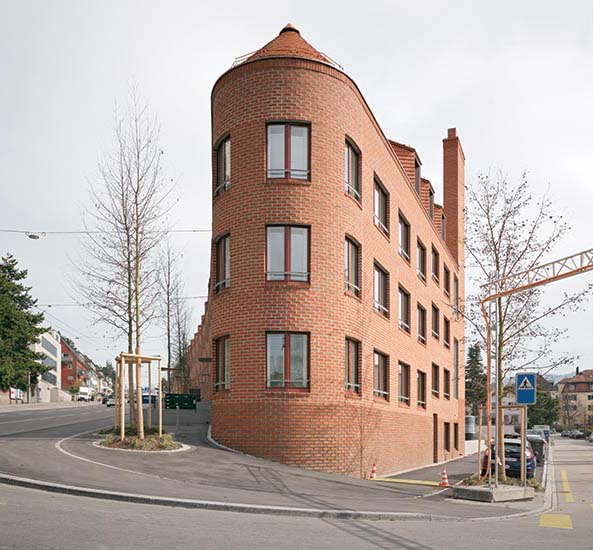 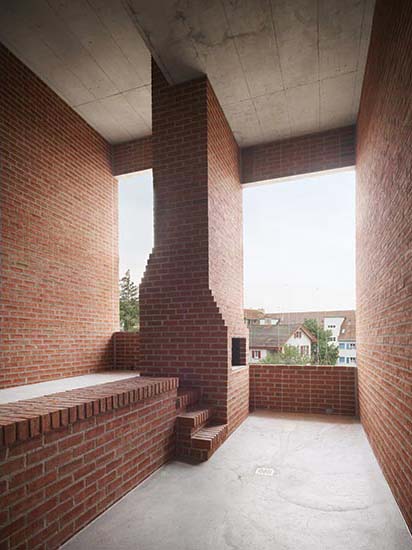 HOUSE WITH FIREPLACES AND HALLS: For this student housing in Zürich-Wipkingen on a busy road, a long building composed of clinker bricks has a dense spatial structure broken up by double-story living halls and loggias with fireplaces, which form large-scale spaces for communal life. Photos © Karin Gauch and Fabien Schwartz (4-6)

Though the office officially dates from 2012, the duo has been inseparable since high school. Keller, the elder by a year, was the first to enroll at architecture school. “I showed Christian what I was doing, and he thought he could do it better than me, so he joined me at ETH Zürich the following fall.” From their professor and first employer, Christian Kerez, the pair took away “his openness—he always liked to see things he wasn’t himself doing—and an insistence on the quality of space,” says Scheidegger. Given their ages, it’s perhaps inevitable that Rem Koolhaas was a big hero: even if their work looks nothing like OMA’s, their thought processes, they say, are heavily influenced by the Dutch firm’s approach. “It’s about identifying problems,” explains Scheidegger, “that you then try to make into virtues.” 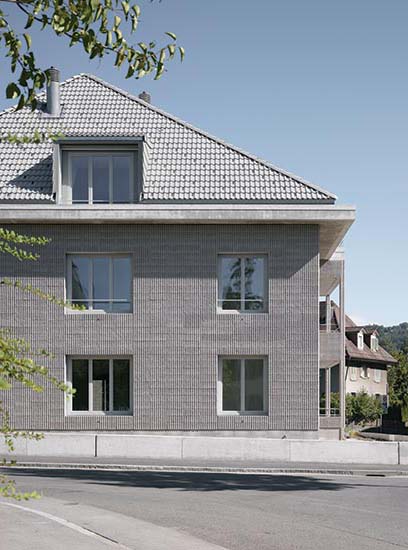 HOUSES WITH CHAMBERS AND PATHS: Constructed of cast concrete, broken cement blocks, and uncoated concrete roofing, from a distance these apartment buildings, with their hipped roofs and dormers, look similar to the neighboring two-family houses from the 1920s and ’30s, but conceal the spatial complexity inside, with units composed almost entirely of polygonal rooms (7). Photo © Karin Gauch and Fabien Schwartz (7) 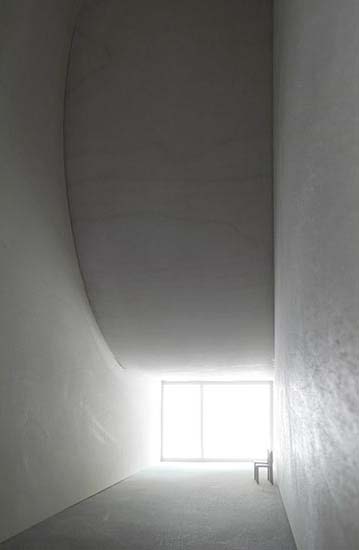 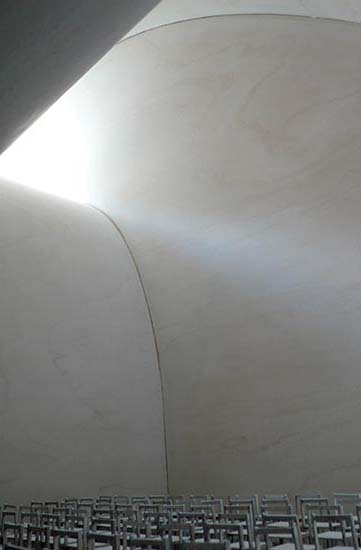 MEMORIAL HALL: For this unbuilt project at a cemetery in Steinhausen, south of Zürich, a gathering space rises from a square floor plan, curving in two directions. The long foyer, which increases in height while decreasing in brightness, is followed by an indirectly illuminated but bright memorial hall opening toward the sky (8 & 9). Images © Atelier Scheidegger Keller (8 & 9)

THE PLAN The firm’s unconventional floor plans, sometimes incongruous with a building’s exterior encasement, create inventive typologies that force us to live in new ways. 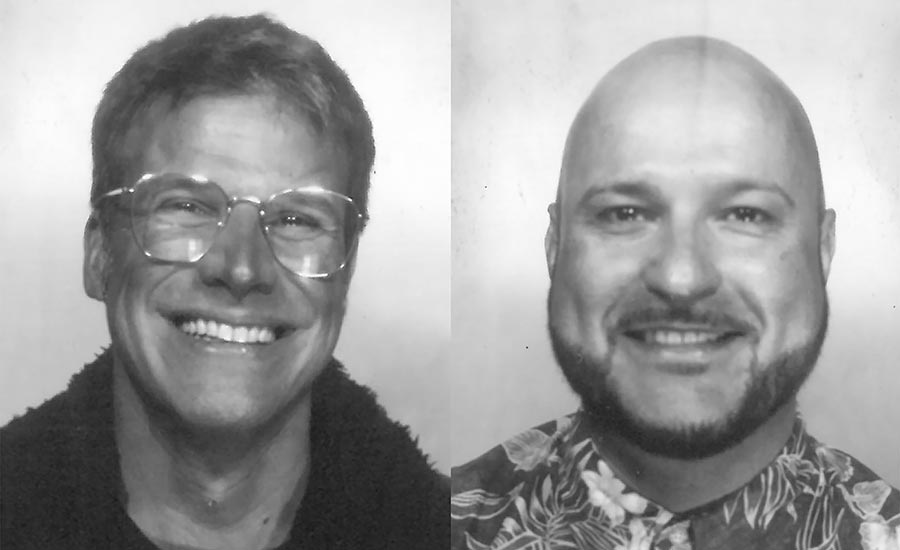 KEY CURRENT PROJECTS:
House with a Dozen Views; Quirky House (both in Zürich)