Based in Raleigh, North Carolina, where he grew up, architect Andre L. Johnson, 47, designs a range of contextually sensitive projects on tight budgets, attempting to elevate the human spirit within the built environment—from the gut renovation of an office building to become an ambulatory surgical center, to the careful transformation and preservation of a student center at Saint Augustine’s University, built to honor Martin Luther King Jr. after his death in 1968. 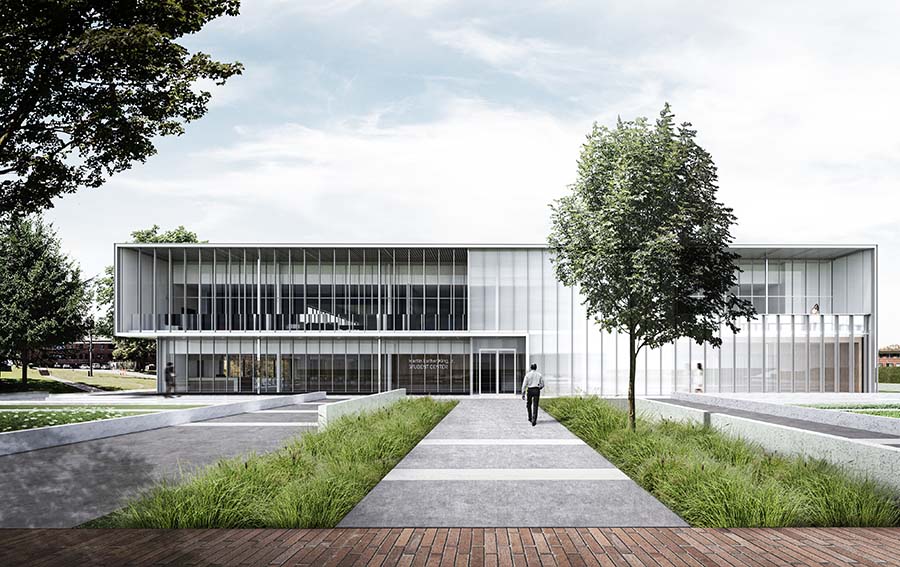 As a child, Johnson was devoted to making art and showed an aptitude for creating with his hands, often sacrificing his family’s toasters and hair dryers for his own inventions. A high school shop teacher steered him toward design, and Johnson earned a dual degree in engineering and architecture. “I felt that having that background in how all building systems work together—not just how to make something beautiful—would help me,” he says.

After working for RTKL Associates in Baltimore in the early 2000s, he wanted to return home and work for a firm “where the ownership looked like me.” At the Freelon Group, founded by the influential late architect Philip Freelon, in Durham, “I really got a chance to see, with a smaller firm, how design excellence is put together,” he says. Johnson opened his own eponymous firm in 2014.

One of his office’s first projects was the Division 8 DOT building, a state transportation office in Carthage, North Carolina, that brought daylight and an elegant linear expression to the typically dark, utilitarian, brick-clad typology, at $215 per square foot.

More recently, Johnson designed a community and urban food-processing facility on the campus of North Carolina A&T State University in Greensboro. When it is completed later this year, the center will be a catalyst for the local and regional community, bringing together farmers, educators, students, and the public to learn about sustainable agriculture. The building’s form and materials were prompted by the abundant A-frame structures and sheds that dot the rural North Carolina landscape. Clad in corrugated, perforated Cor-Ten panels, it was derived from a manipulation of these conventional roof types to create interest and emphasis at strategic locations. The facility includes a creamery, commercial kitchen, and a biosafety lab. 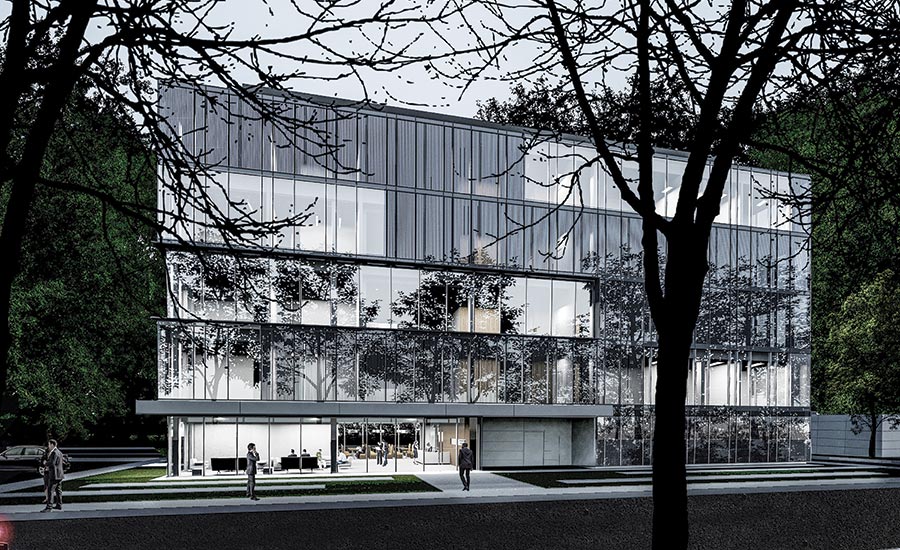 SOLFERINO NORTH: For this revitalization of an existing building, Johnson preserves the structure while replacing the envelope with a modern curtain wall designed to respond to the solar exposure of the various building elevations. Image courtesy Andre Johnson Architects

Johnson says he finds inspiration in this range of work and restrictive guidelines. “Architects who are adaptable are the ones that have their hands in the creative side of our profession,” he says.

He balances the projects that sustain his currently nine-person office with more ambitious speculative work for competitions. The African American Entrepreneurs Museum was a response to an invited competition, and a favorite in his portfolio. The scheme stretches the museum over a large suburban site with a series of connected indoor and outdoor pavilions, shrouded in porous metal and fritted glass screens and covered by a louvered roof. 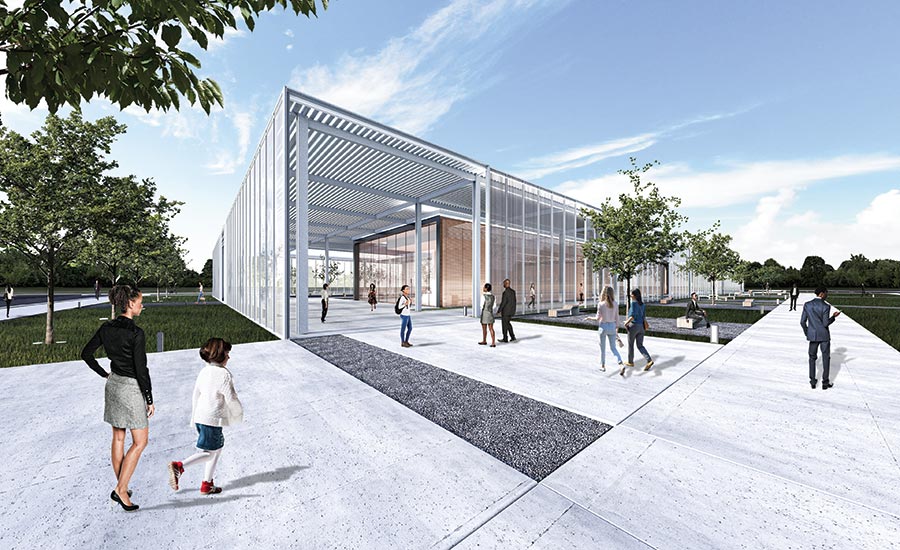 AFRICAN AMERICAN ENTREPRENEURS MUSEUM: The runner-up in a 2016 competition, this design sought to challenge the typical museum experience by encouraging visitors to interact with outdoor amenities while navigating and viewing the exhibits. The composition creates a layering effect of indoor and outdoor experiences, allowing for the “spaces between spaces” to be as engaging as the more specifically programmed areas. Image courtesy Andre Johnson Architects

As a Black architect in a profession where African Americans represent just 2 percent of licensed practitioners in the U.S., “I’ve been trained to persevere,” says Johnson, who recently joined the board of Diversify Architecture, which works to inspire a new generation of minority architects. Mentorship was key to his success, and he wants his office to be an engine for inclusivity. “It’s up to people who look like me, and who own firms, to help.” 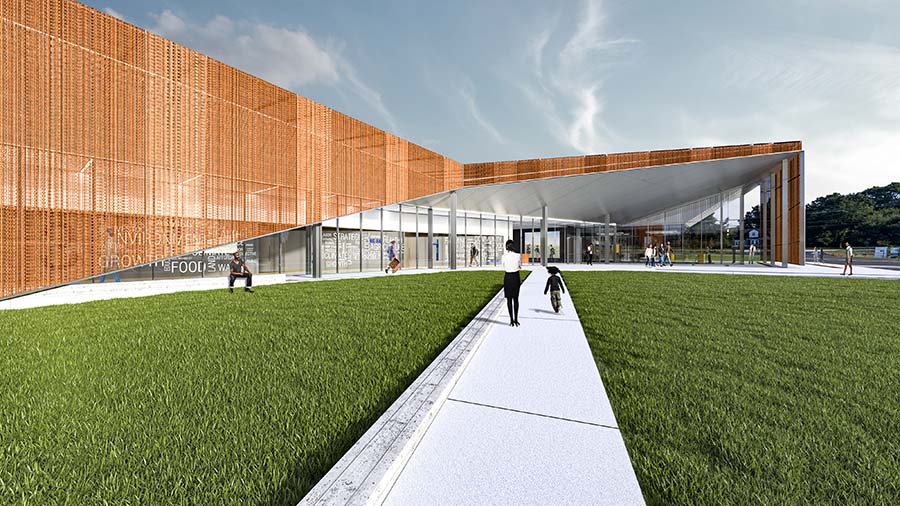 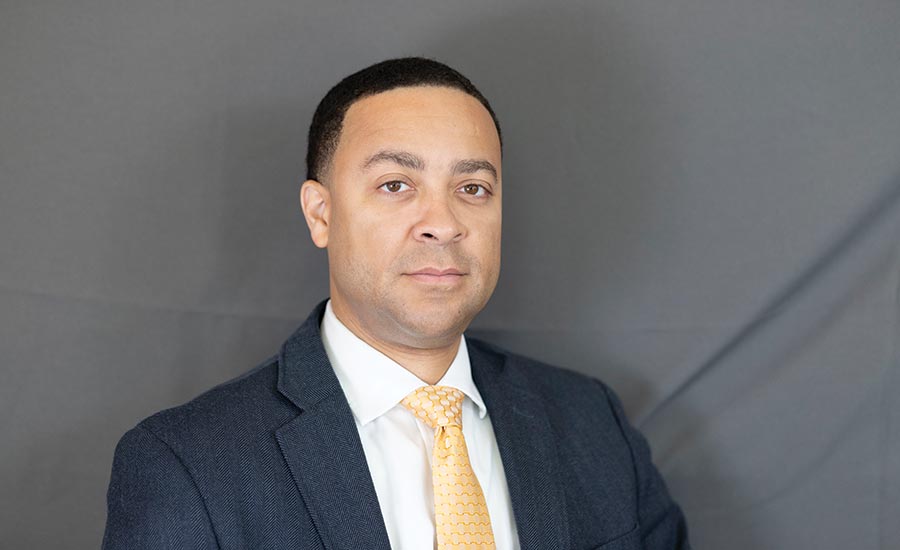 Back to Design Vanguard 2021