Fishtown, an early-19th century working-class neighborhood in Philadelphia that languished during decades of de-industrialization, has become a hotbed of creative industries. Its narrow streets of modest row houses, remnant factories, and spectacular churches now include assertive collages of contemporary colors and materials as architects explore ideas free (for better or worse) of constraints imposed by strict historic preservation elsewhere in the city. 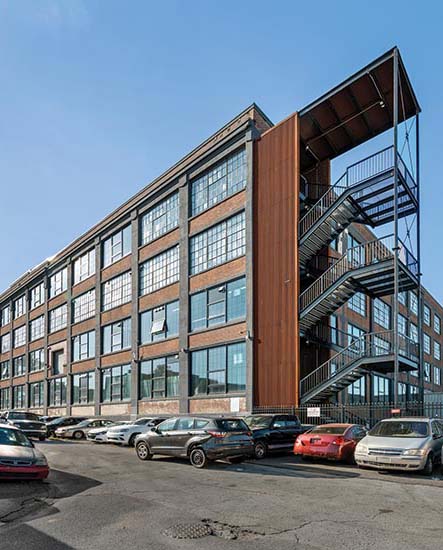 MAKEN NORTH: Bright Common renovated this 1910 postindustrial relic by employing existing architectural features and adding a new stair. The 120,000-square-foot facility now includes over 50 studios, a 500-person event space and a programmable rooftop with views to the skyline. Maken North has become a vibrant village of artists and entrepreneurs. Photo © Dave Apple, click to enlarge.

“I started to realize my aspirations as an architect in pre-gentrification Fishtown,” explains Bright Common principal Jeremy Avellino, 45, in his office, a sunny former classroom in a converted Catholic school. When he started his firm 10 years ago, “Housing was cheap; you could experiment with creative work here.” His aspirations were high: “Climate change is a challenge my generation can’t avoid.” He was looking to innovate through low-energy retrofits and new construction. He is also trying to steer his practice to greater social impact, and has begun designing affordable and inclusionary housing. 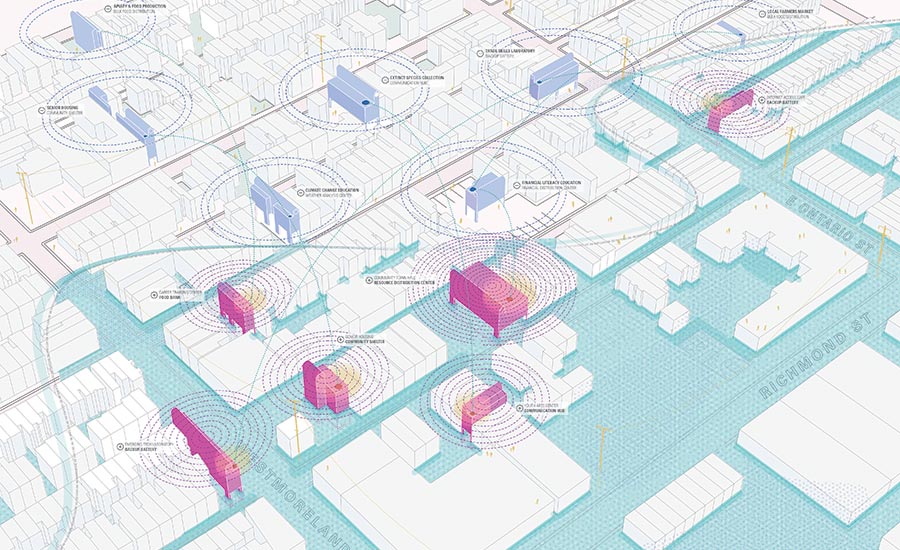 Many architects want their work to have social impact but struggle to find the right clients. Avellino steeped himself in Passive House, the low-energy path that focuses on a highly-insulated and airtight envelope as the most direct means to achieve net-zero energy projects.

He has found most of his work in Fishtown with people who are open-minded about contemporary design but may not be pre-sold on low energy. “I come into these projects through the client’s interests,” he says. “Often those are health, well-being, or energy costs,” that he can address with his low-energy approach. For example, he can persuade them to trade expensive exterior treatments for monolithic low-cost ones, like painted corrugated metal—and then put the savings into insulation and solar arrays. “If I apply tactics judiciously I can get near, or achieve, passive house performance,” he says. 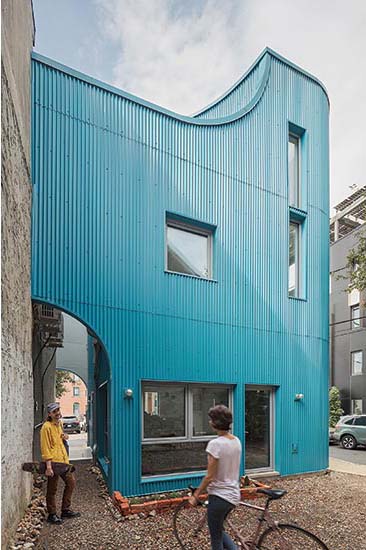 ALONE HOUSE: This 2,450-square-foot Passive House (above & top) developed through the owner’s desire for home to be a retreat. In lieu of a party wall, the building pulls away from its masonry neighbors to create two buffer yards. Unlike the regulated openings on its street-facing facades, the structure becomes permeable at the rear to capitalize on the site’s passive solar exposure and private views. Photo © Sam Oberter

Architectural inventiveness is not lacking in Bright Common’s work; it is simply turned to low-carbon purposes. His clients for the Alone House were bothered by excessive street noise; Avellino delivered a highly insulated and air sealed composition of rounded windows and curved corners that is very quiet inside. The projected energy-use intensity (EUI) is an extremely low 4.39 kBtu per square foot per year. The live/work project Outlet makes a striking impression with an economy of means. New construction, its skewed, black volume is fronted by a painted white-brick facade punched with an oversized arched window and garage door. (Arches, a motif found in other Bright Common projects, subtly salutes the Philadelphia firm Venturi Scott Brown.) With a 5.36 kW rooftop solar array, this high-style carriage house achieves a miniscule EUI of 0.69. 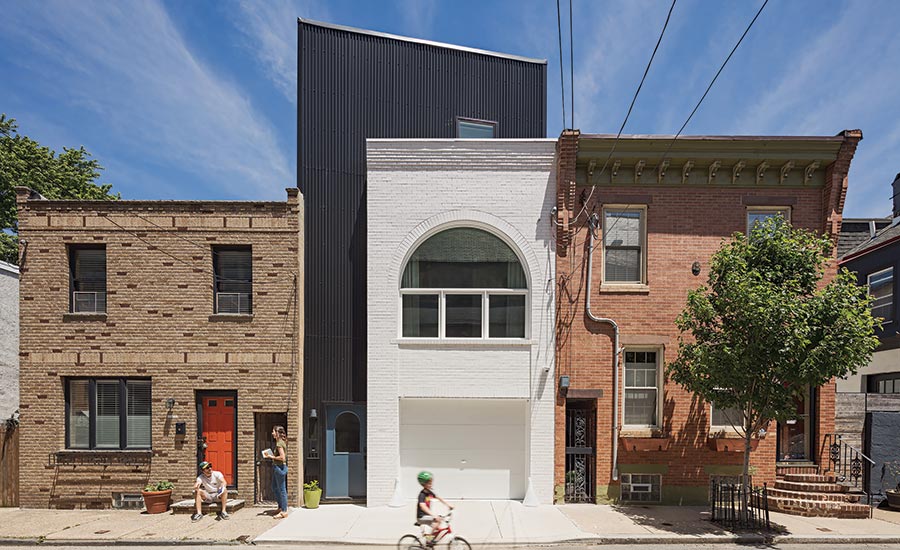 OUTLET: Because much of Avellino’s work is small houses tucked into tiny lots, like this 1,800-square-foot live/work project, he says, “You have to rely on your gut sense of techniques that work.” He also credits new computer applications that make energy modeling and assessing embodied energy more cost-effective for small projects. Photo © Sam Oberter

Recently his firm has received multi-family commissions, including the planned 37-unit Wade Flats for the developer SPAK Group. It mixes ground-floor commercial space with several units serving low-income renters, and benefits from square-foot bonuses for inclusionary housing and a green roof. Along the way, Avellino has turned local builders into environmental converts. As one contractor told him, “all I talk about with clients now is air sealing.” 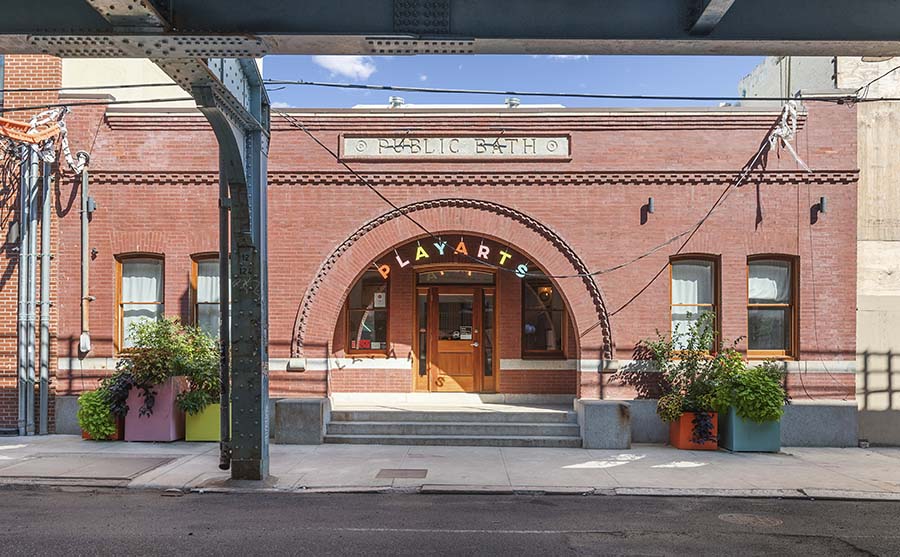 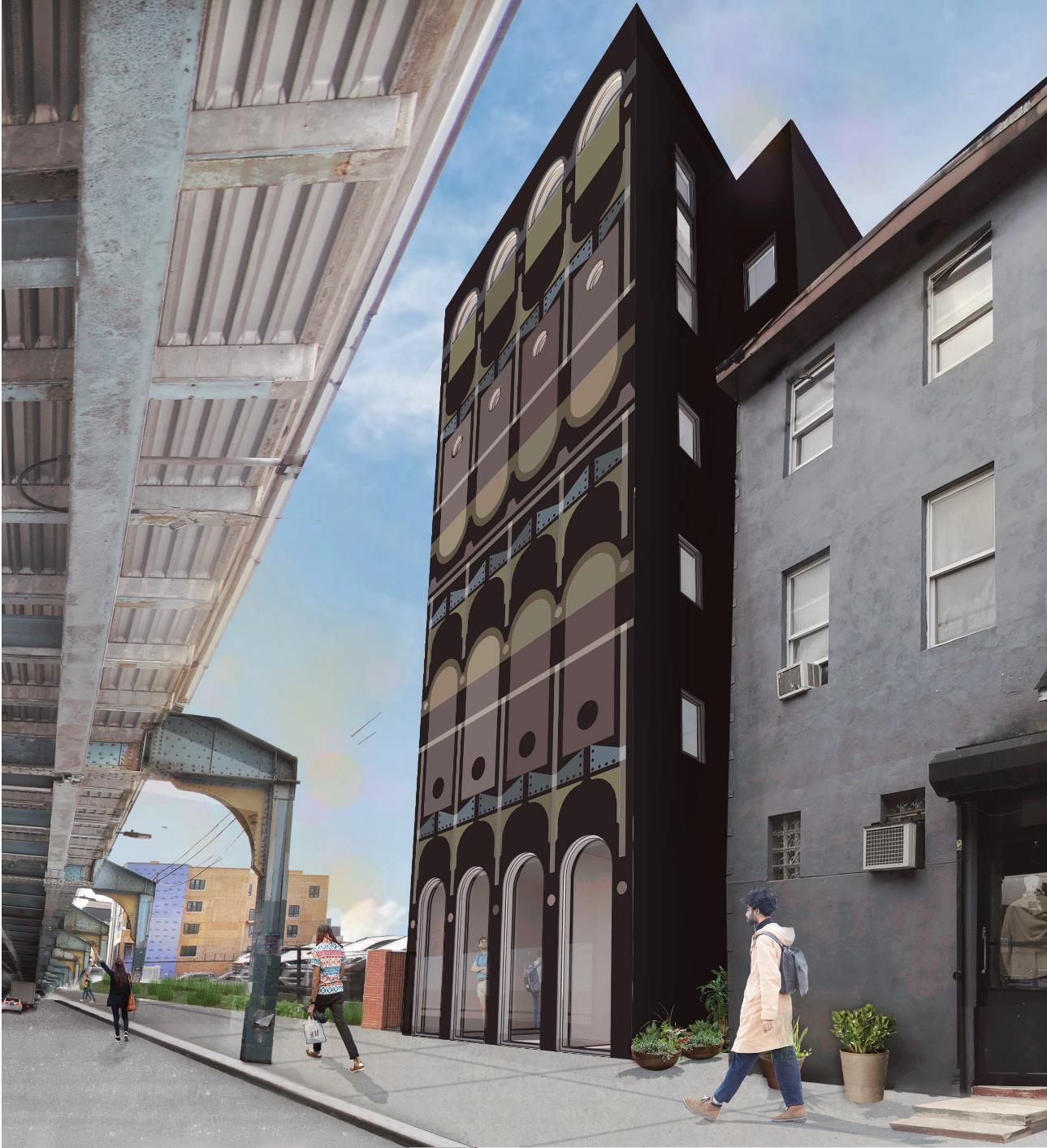 Front (2) is a speculative, fourteen-unit mixed-use Passive House project that is modeled as a microcosm of Philadelphia’s urban fabric. Mimicking the language of a changing city, its three elevations are conceived as archetypes of the surrounding context; each with a distinct “front.” Image courtesy Bright Common 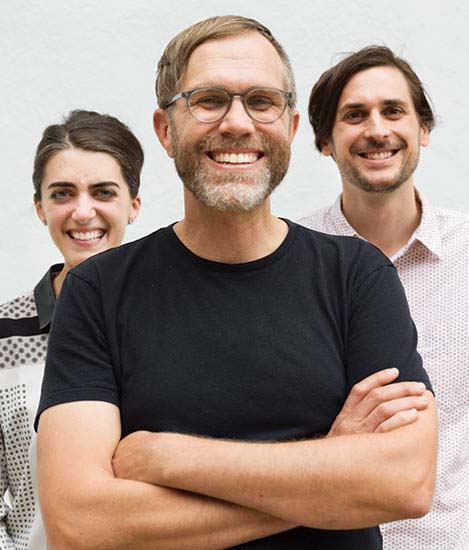 Back to Design Vanguard 2021
KEYWORDS: Philadelphia