In 2020, nearly 20,000 were killed by guns in the U.S.—of those, 5,200 were children under the age of 18. At the edge of Connecticut’s West Rock Ridge State Park, the town of New Haven has gained a gun violence memorial garden commemorating its residents who have lost their lives. The one-acre Botanical Garden of Healing, designed by local firm Svigals + Partners, “was a dream shared by grieving families and led forward by several local mothers,” according to Marissa Dionne Mead, director of art integration and lead architect of the project. The garden opened to the public on June 12.

“Each death [by gun violence] has a compounded impact on the community,” Mead told RECORD, “and each element of the garden is intended to inspire remembrance and reflection.” 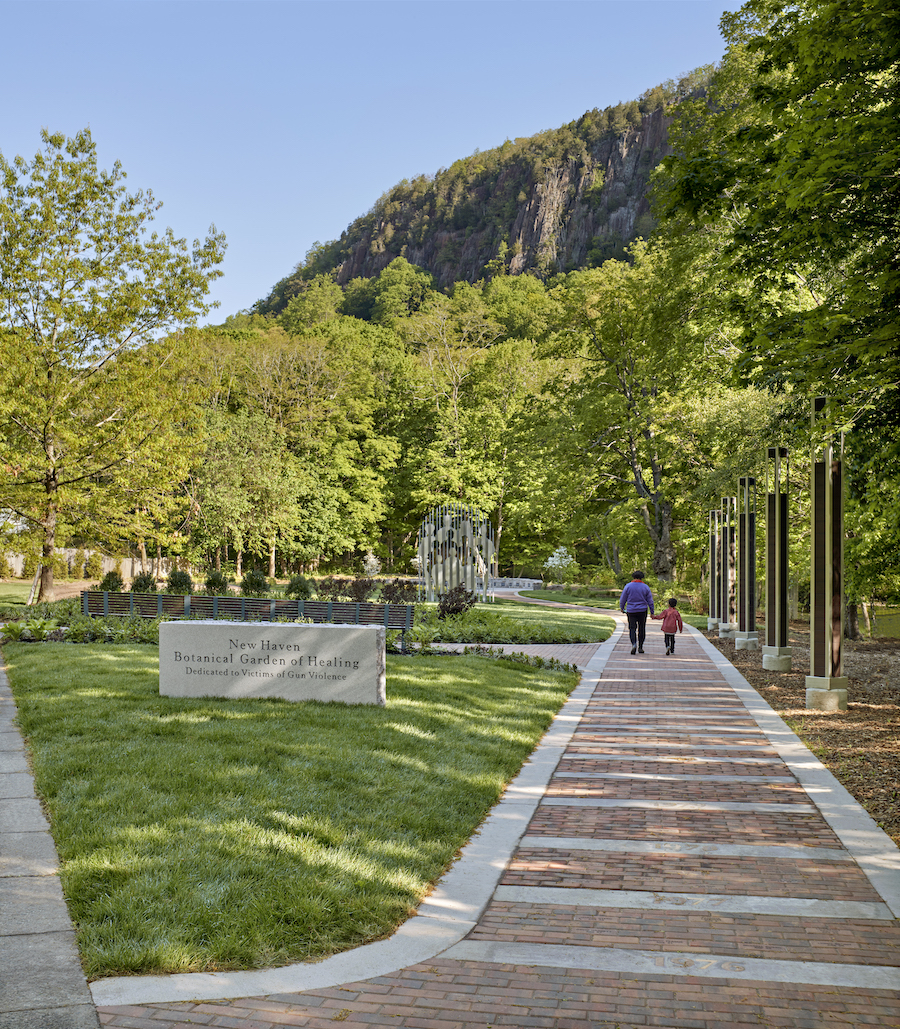 The design includes the Magnitude Walkway footpath, which crosses the length of the garden and includes pavers engraved with the names and ages of all 650 lives lost to gun violence in New Haven since 1976. However, the central feature is Lost Generation, an aluminum sculpture, designed by Mead, of a family’s silhouette’s that is meant to remind the viewer of “fragility and strength inherent in the family unit” and is “symbolic of the future lineages lost when a life is taken by gun violence,” she said. The garden’s pathways culminate in a circular plaza bounded by crescent-shaped stone walls containing 18 tiles engraved with loved ones’ memories of those lost. A single European Beech tree is planted in the middle as a symbol of life, and surrounded by benches for solitude and reflection.

In addition to this memorial, Svigals + Partners has also designed Sandy Hook School in Newtown, Connecticut in 2016, following the mass shooting on Decem­ber 14, 2012, that took the lives of 20 children and six staff members.