We have monuments to the war dead, and lives lost to other catastrophes. But commemorating those who have died in the American epidemic of gun violence is an almost unspeakable challenge.

The day after 19 children and two teachers were fatally shot at Robb Elementary School in Uvalde, Texas in late May—and less than two weeks after a racist shooter killed 10 African Americans in a Buffalo, New York, supermarket—Philip Kennicott, senior art and architecture critic of The Washington Post, called for a National Memorial to Gun Violence. 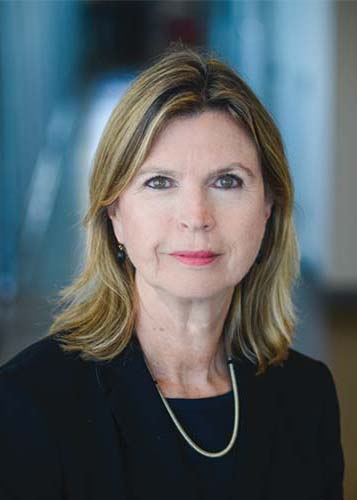 Kennicott proposed that the design and construction of such a memorial “begin immediately”—as close to the chambers of Congress as possible, on the last large open space by the Capitol. “It should include the names of every victim of gun violence, which is, of course, impracticable,” he wrote, “but that is the point.”

Days later, former Representative Gabrielle Giffords—who was severely injured by a gunman in her Tucson, Arizona, district in 2011, in a massacre that left six people dead and a dozen wounded—opened another kind of memorial: a field of 45,000 flowers, spread out at the base of the Washington Monument, one blossom for each gun victim, including suicides, in the U.S. in 2020 alone.

Not long after, on a Saturday in June, tens of thousands of demonstrators poured into the streets of cities and towns across the country to protest gun violence. The events were organized by March for Our Lives, a group founded by students at Marjory Stoneman Douglas High School in Parkland, Florida in 2018, in the aftermath of a mass shooting that claimed 14 of their classmates and three adults. After the Parkland shooting—as well as after the Columbine and Sandy Hook school shootings, among all too many others—there was a public outcry to memorialize the victims by passing strong federal and state gun-safety laws, but to no avail.

Now, despite strong opposition, Congress has finally passed—and the president signed—a bipartisan bill to erect some obstacles to the virtually uncontrolled flow of guns in this country. Meanwhile, architects and others are contemplating building memorials to victims.

Near the field of flowers in Washington, D.C., at the National Building Museum, is one example of such a memorial, a project that succeeds in its simplicity and very lack of monumentality. Created by MASS Design Group and artist Hank Willis Thomas, the Gun Violence Memorial Project made its debut at the Chicago Architecture Biennial in 2019 as an evolving artwork. Comprising four transparent pavilions, each gabled like a giant Monopoly house and just big enough to step inside, the walls of the structures are cubbyholes into which small mementos are tucked: a toy car, a sneaker, a graduation photo—all belongings of gun victims. And many more items, sadly, can be added over time. The poignancy of this concept is in its specificity—its evocation of individual lives, which is incredibly difficult to focus on as the sheer number of those who die from gun violence grows.

Between the time I am writing this column, and the time you are reading it, hundreds of people in America will die from the blast of a gun—about 700 each week. If, as some declare, it is not guns that kill people, but people who kill people, that begs the question of why our nation is populated with so many more violent killers than our closest friends in the developed world: the U.S. is the only country in the G7 circle that sits on the top-10 list of gun deaths (at No. 2, after Brazil).

So huge is the number—45,000 a year and counting—that a national monument cannot begin to commemorate each victim, as Kennicott points out in his proposal. But maybe such a memorial could keep the facts in front of us—between the saturation media coverage of each mass shooting—about the stark reality of the scale of American gun violence. Otherwise, the horror of so many innocent children—and men and women—senselessly killed by guns seems almost beyond imagination.