The Jewish Museum Berlin has unveiled a section dedicated to children, designed by Olson Kundig, making it the Seattle firm’s first museum project in Europe. It opened to visitors on June 27.

The Children’s Museum is called ANOHA – a made-up word suggested by the Children’s Advisory Committee as a name for the new museum that would be easy for all visitors to pronounce. It is housed in an old flower market building across the street from the main museum, designed by Studio Libeskind (2001). The W. Michael Blumenthal Academy, another of the Jewish Museum Berlin’s spaces, opened on one side of the market hall in 2012, and the other side remained available for ANOHA. 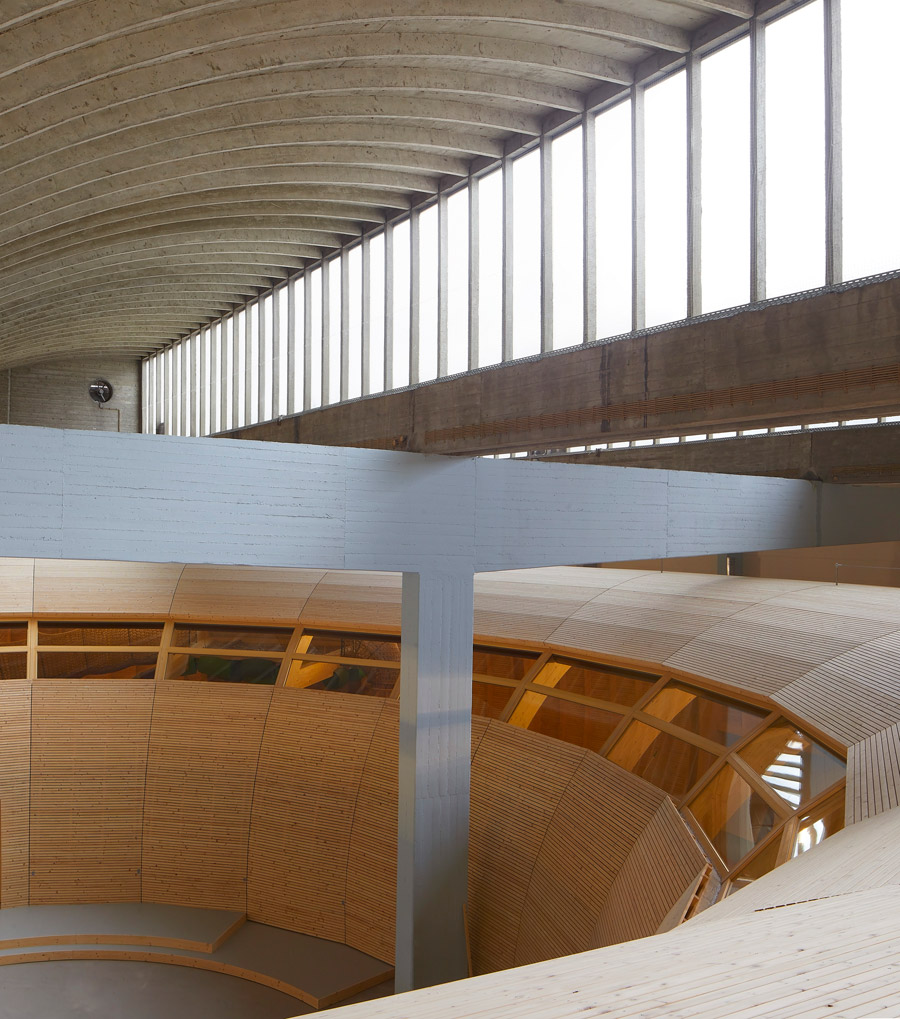 The new space is an immense, wooden structure that has been inserted into the central market hall, with its concrete floors, beams, and walls. The structure totals 6,300 square feet in an O-shape configuration, meant to be modeled on Noah’s Ark. Its curved roofline stretches down to the concrete floors, while a hollow core has a bare interior courtyard. The insertion complements the existing, curved ribs of the Brutalist light scoops overhead, across the ceiling. “The wooden ark creates a warm/cool material balance with the existing concrete,” Olson Kundig Design Principal Alan Maskin told RECORD. 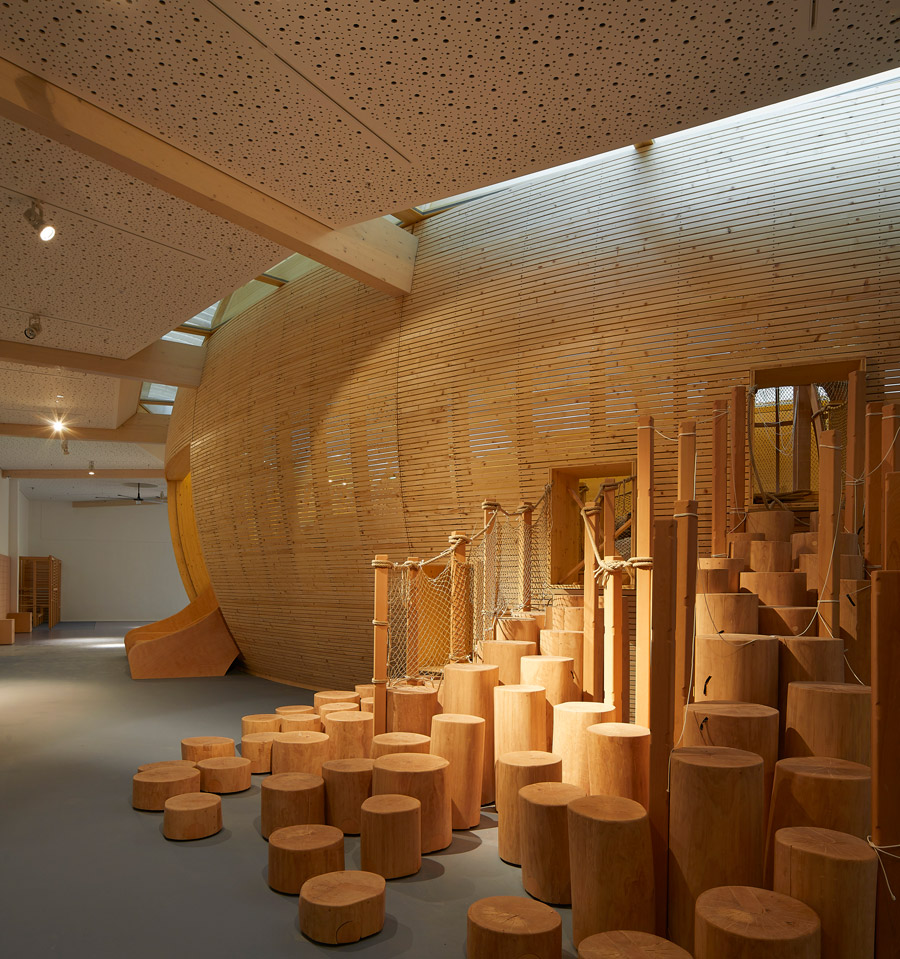 The story of Noah’s Ark informed much of the design and was selected by the museum, after visiting Noah’s Ark at the Skirball Cultural Center in Los Angeles, also designed by Maskin and Olson Kundig in 2007. The Genesis story – in which Noah and his family board his boat with pairs of the world's animals, to save the earth’s life from a massive flood – is reflected in both the design of the curvilinear, modern ark and its exhibition inside.

“The museum’s educators and curators felt that the Noah’s Ark story from the Torah – as well as the hundreds of flood myths that exist in cultures around the world – provided an accessible, familiar allegory to help children engage with serious contemporary issues,”  the architect explained. “Rising tides associated with climate change are a very real, contemporary  flood narrative, shown here in context with the hundreds of ancient flood stories.” The exhibit is filled with sculptures of more than 150 large animals, made with found parts, from used wheels and cameras, designed by a team of 18 German artists, while other areas are for playing and learning. A key message to visitors is environmental stewardship, as part of the Jewish tradition of tikkun olam, meaning “world repair.” 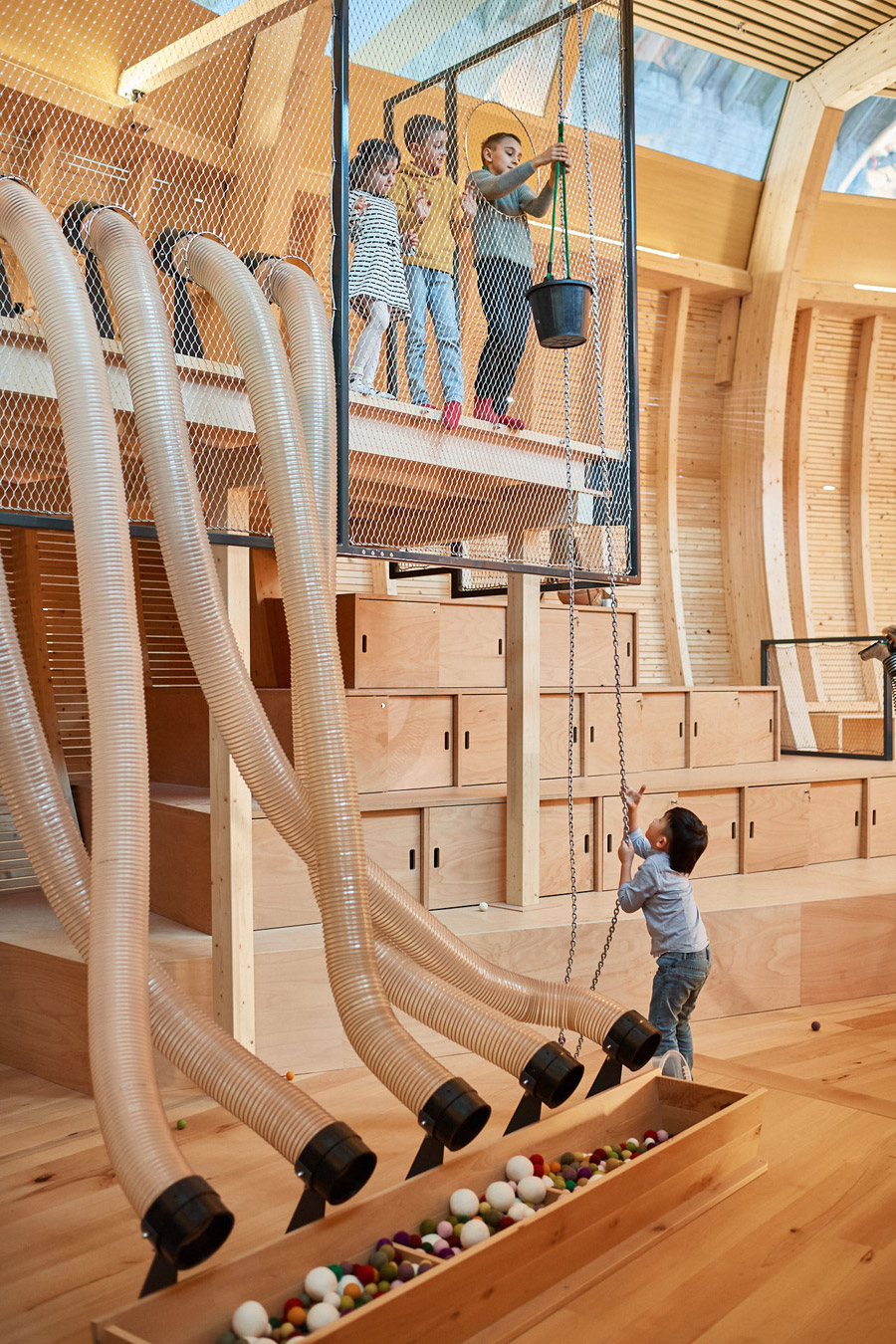 For ANOHA’s design, Olson Kundig minimized the interventions to the existing flower market. “Many of my projects include repurposing or revitalizing an existing space, including nearly all of the museum projects I’m working on currently,” said Maskin, noting such adaptive reuse projects by the firm like the $100 million renovation of Seattle’s Space Needle (2018).

Nevertheless, the firm did make several adjustments to bring the existing structure up to date, in order to be more environmentally sound, including adding radiant floor heating, ceiling fans, and operable louvers on the market’s existing clerestory windows for passive cooling and ventilation. The windows are controlled by carbon dioxide sensors, and regulate the air quality in the interstitial space between the ark interior and the outdoors as well as help minimize reliance on the building’s mechanical space conditioning systems. 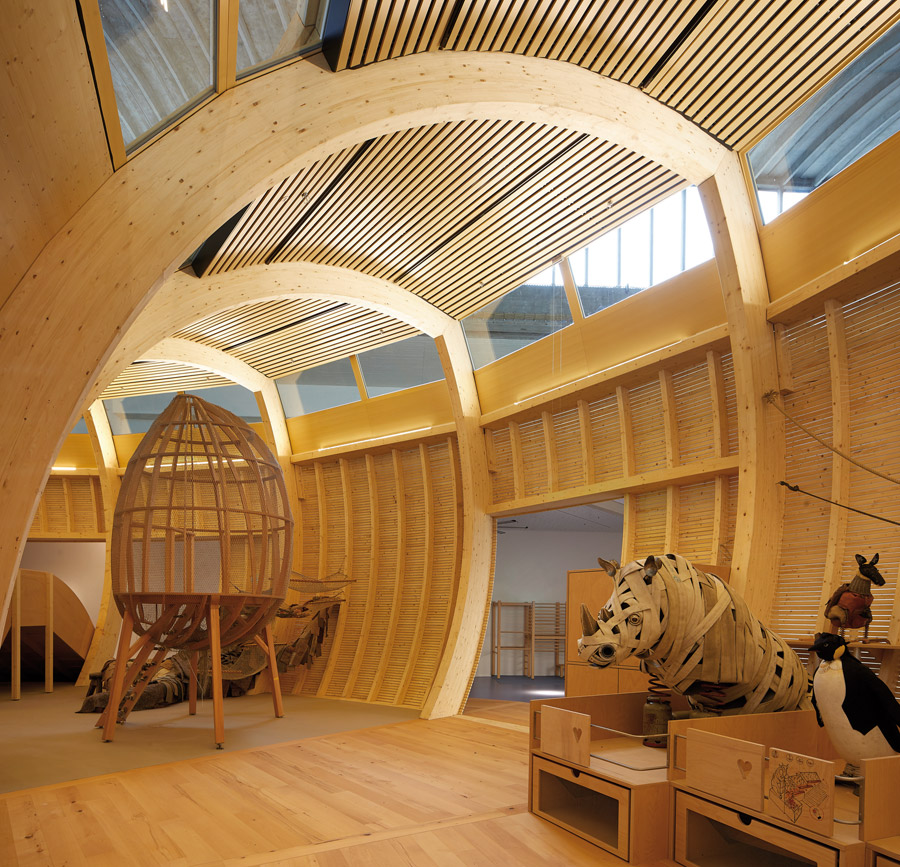 "Repurposing the existing flower market hall allowed us to retain the embodied energy of the original construction, reducing the embodied carbon by 95% over a new building," said Maskin. "The enormous ceiling (several football fields in length) acts as a skylight – allowing us to ‘carve’ Berlin’s ambient daylight and bring it deep into our design."

ANOHA opened to visitors in June, as COVID restrictions begin to ease across Germany, including those that limited travel within the country. “The project was nearly complete when the pandemic started, so the biggest delay was its opening,” he said. “We’ve been waiting since last spring for it to be safe to have children and families visit ANOHA, and it’s very exciting to be able to welcome guests to the museum at last.”

Burke Museum of Natural History and Culture by Olson Kundig

ZOETROPE Opens at the Zeitz Museum of Contemporary Art Africa