Adjaye Associates has released images of a tiered building in the city of Sharjah, in the United Arab Emirates, for The Africa Institute – an academic center dedicated to the study and research of Africa and its peoples. When completed, the building will offer graduate programs in the fields of African studies and the African diaspora, as well as African language diplomas. Currently, The Africa Institute operates in a disused school nearby with fellowships and is about to hire faculty. Construction is expected to begin next summer.

Unveiled July 21, at a virtual briefing, the 343,175-square-foot rectilinear building will be formed by five structures, which will vary between four and seven stories, and that will be connected by “two two-story horizontal bars” on the ground level, said David Adjaye. Two of the buildings will cantilever over the connecting “bars” to form  a courtyard in the middle of the design. Their underbellies will shade this outdoor plaza, which will feature reflection pools and native trees and plants. The campus will house classrooms, faculty rooms, a library, and archives, as well as an auditorium, café, and bookstore. 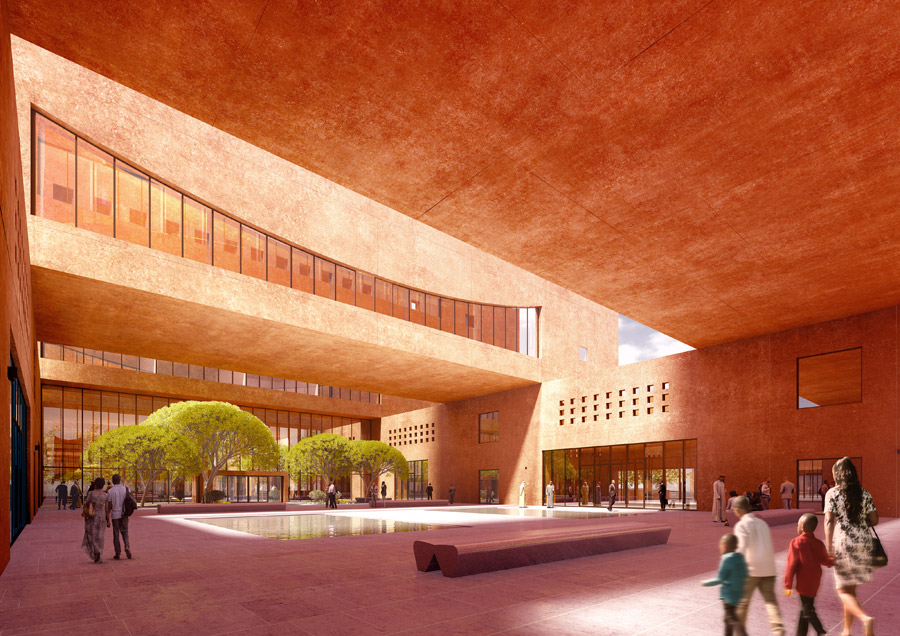 Pigmented concrete mixed with earth will give the campus a rusty-red appearance, in reference to North Africa’s buildings that are made with laterite (local soil and rock that is rich in iron and aluminum). While Adjaye’s Ruby City art center in San Antonio and his Los Angeles store, the Webster, feature a similar pink-red hue, the architect explains that The Africa Institute is a completely different pigment and concept than his other works. The use of laterite is to draw a comparison to Africa, while pink was chosen for the Webster because it evoked a sense of fashion, according to the architect, and Ruby City in red because the patron envisioned such a color. “My use of color is about geography,” he said. “It’s about buildings that are loving the land." 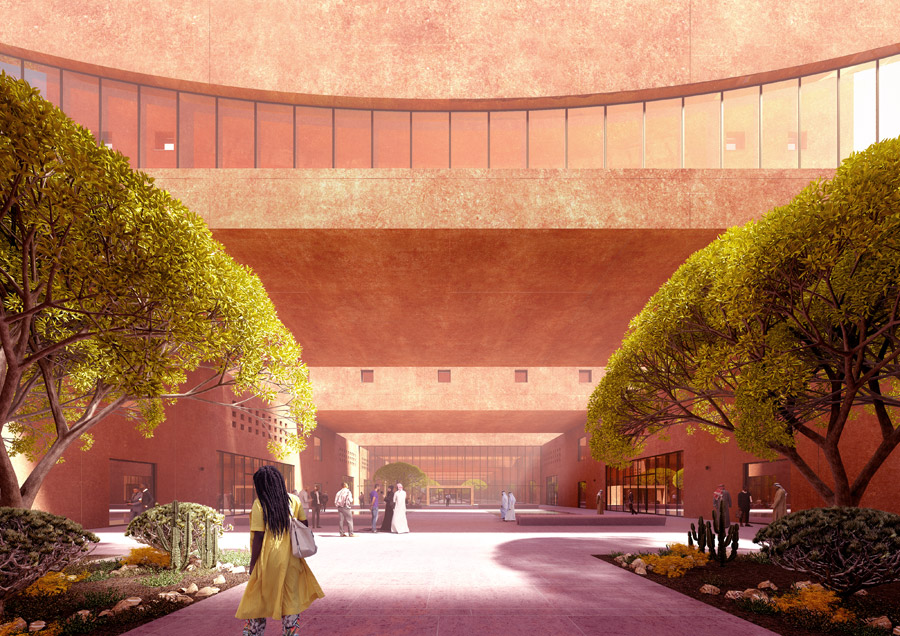 Located in downtown Sharjah in a prominent part of the city, opposite the Government House Square, the campus will have a rectangular plan with access points on all four sides. The tiered design is a reflection of the city’s many modernist buildings, as well as its medieval structures, and aims to create a new type of skyline for the city. “We wanted to create an oasis of learning and a place of sympathy and exchange, but also one that could create a community among academics and intellectuals,” said Adjaye.

In 1976, Sharjah’s modernist Africa Hall building was inaugurated when it hosted the cultural and political event, the Arab-African Symposium, and was demolished in 2015. The Africa Institute’s new campus will be built on the site of the former building and will accommodate an auditorium that will function as the new Africa Hall. The institute’s president, Hoor Al Qasimi, reached out to Adjaye Associates in 2017 to collaborate, and it began to work on the design in September 2020. 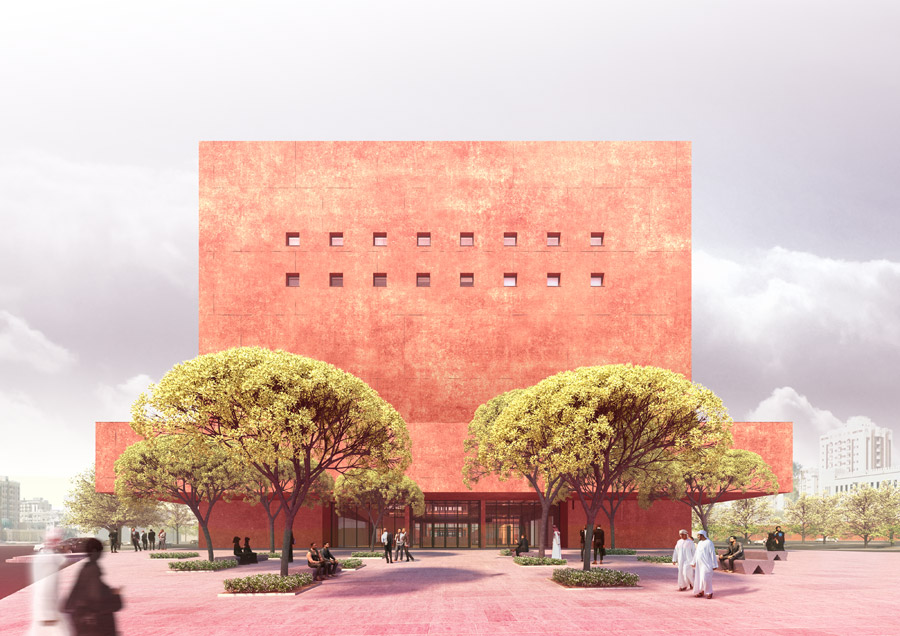 Situated between the Gulf region and Africa, The Africa Institute in Sharjah hopes to champion Arab-African studies and exchanges. In addition to academic programs, it also will host conferences, lectures, and screenings. “Sharjah is very uniquely positioned to house this institute,” said Salah Hassan, Director of The Africa Institute and Cornell University Professor, at the press briefing. “If you think about its geography and migration, this area has been a host to the mixing of populations across the Indian Ocean."

This year, Sharjah also welcomed Foster + Partners’ House of Wisdom library and cultural center, with its massive cantilevering roof and perforated aluminum panels. The city, which shares a border with Dubai on the Persian Gulf and is the third most populous city in the UAE, also hosts an art biennial as well as an architecture triennial, which launched in 2019 as the Middle East’s first major platform for the built world.