You won’t normally find a daybed at an electrical substation, but leave it to San Francisco architect Stanley Saitowitz to make the most of what would appear to be a meager architectural opportunity. The original brief was to enliven the stark tilt-up concrete facades of two new PG&E substations. But Saitowitz expanded the program to encompass illuminated plazas with sculptural seating—a generous civic gesture.

To increase the electrical supply to downtown San Francisco, California utility company PG&E needed to add a new power line from its Potrero switchyard, located three miles south, and construct a new substation at either end. Saitowitz saw that there was room to push each substation back from the sidewalk in order to prioritize pedestrians and the streetscape. “The idea that we had was to make the plaza and the facade surface continuous—the structure wraps down into the plaza and becomes furniture,” says Saitowitz, principal and founder of Natoma Architects. 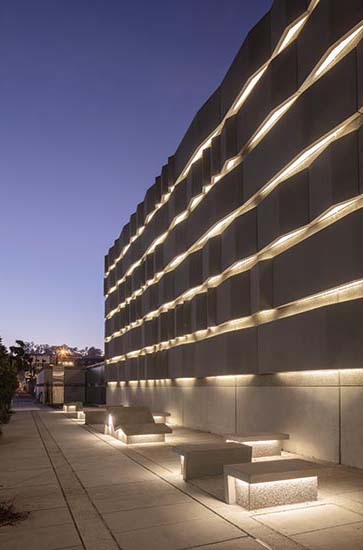 The design team devised a system of precast-concrete pieces in five different shapes, which could be combined to create a pleasingly irregular pattern and work both horizontally and vertically. The Potrero substation, a long building, received the horizontal treatment, while the relatively compact Embarcadero substation, located next to an existing 171-foot-tall facility, got the vertical treatment. The 4-foot-wide, 4-inch-thick ribbons—with ridges that deform as much as 14 inches away from a level surface—are bolted to the facades in rows 1 foot apart. The spacing highlights the thickness of the strips and clearly reveals that they are a distinct surface treatment, separate from the structure. The conceit of the continuous facade is particularly pronounced at the Embarcadero substation, where most of the strips contort into benches and chaise longue–like seating when they reach the ground. When unoccupied, the plazas look like sculpture gardens, thanks to the abundance and variety of benches (there are seven different shapes), instead of lonely vacant spaces. 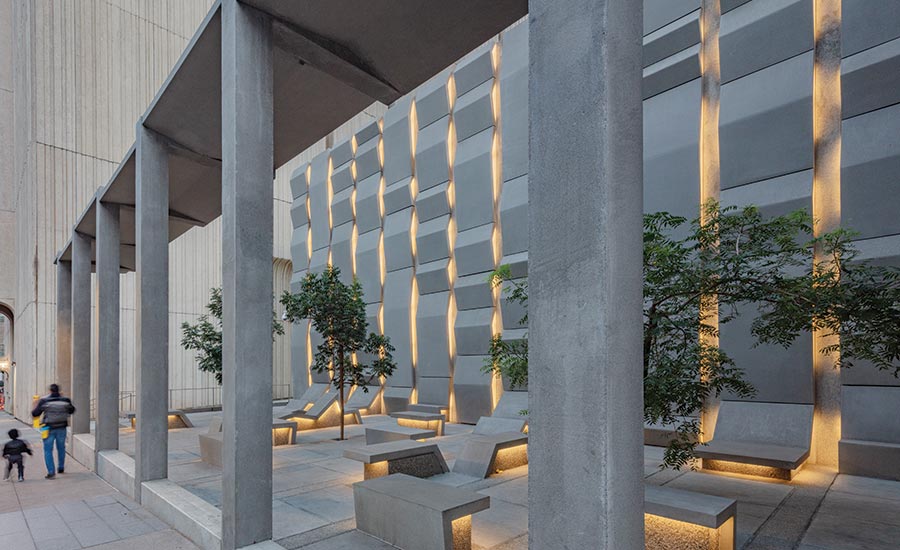 The sculptural qualities of the precast-concrete installations are particularly apparent in the evening, when a discreet lighting scheme underscores the rippling forms. To conceal the LED-strip system, the design team placed the fixtures in shallow grooves along the inside edges of the facade and bench components. After testing the lighting in full-scale prototypes, Saitowitz selected a color temperature of 2700K, a “warm white” that maintains the neutral gray of the concrete. The illumination level is 25 foot-candles, which is bright enough to create a sense of security for these public spaces.

While the Potrero substation is in the industrial outskirts, the Embarcadero addition is in the heart of the city’s posh new Transbay district. On a recent summer Saturday evening, one young passerby took advantage of the gently illuminated perches there to sit down briefly and check his whereabouts in relation to the Avery, a glittering high-rise nearby, designed by OMA. For this bystander, however, it was an ideal time—and place—to stop and lounge, taking in the changing urban scene. 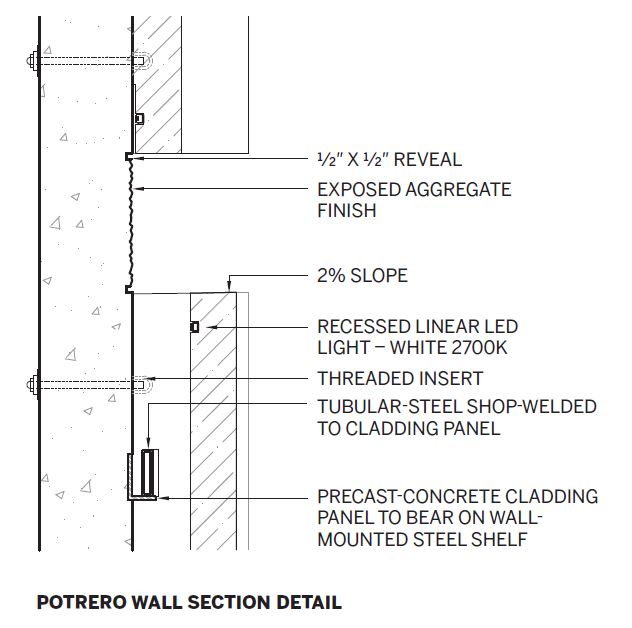 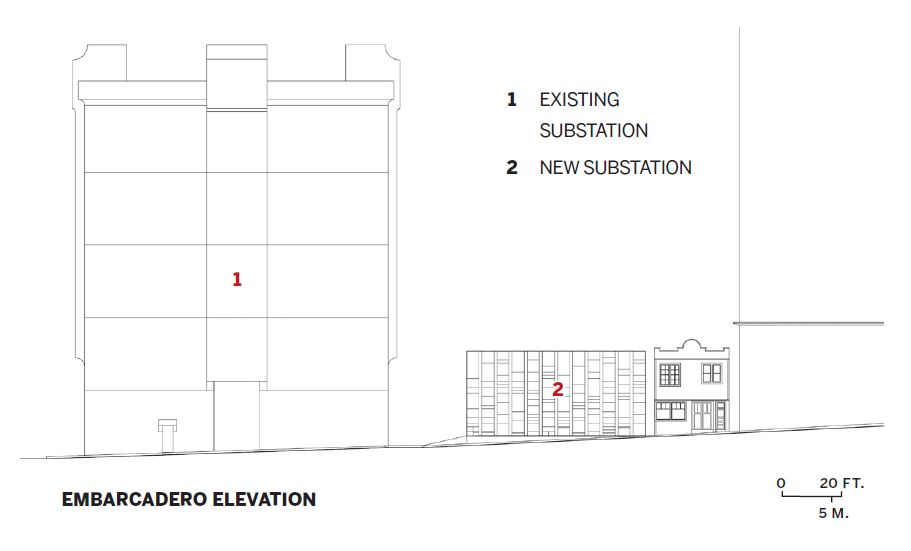 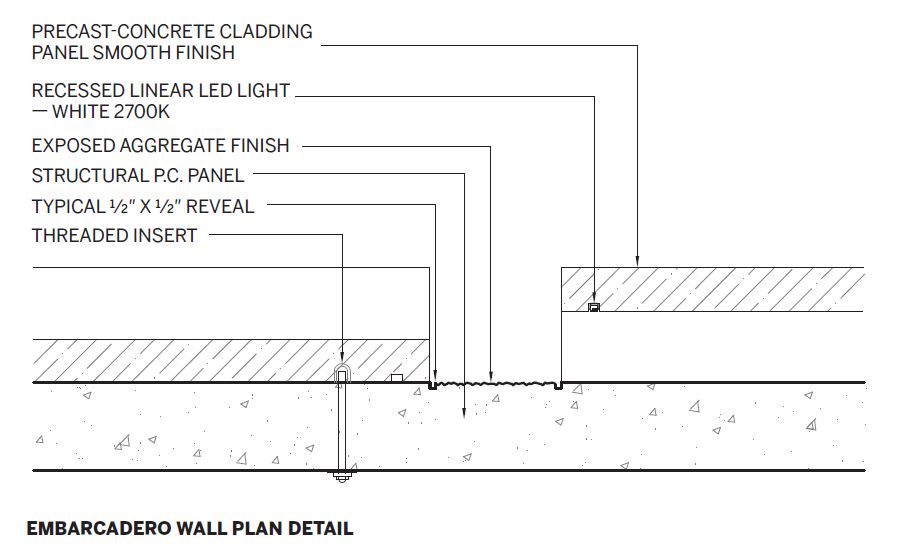