Stainless-steel cables support the curved glass of Skidmore, Owings & Merrill’s East End Gateway, the new entrance to New York’s Penn Station. The 40-foot-high thrusting portal conveys a sense of arrival while bringing in natural light to the underground station. A turquoise ceiling map (a high-resolution print on vinyl) of New York City embraces passengers descending escalators from a new street-level pedestrian plaza. The MTA-commissioned project—on which SOM collaborated with AECOM and Skanska, among others—is part of the large-scale reimagining of the unloved station (which includes the newly opened Moynihan Train Hall) to improve passenger experience and access. SOM associate director Luke Bridle and director of structural engineering Preetam Biswas deem the entryway Penn Station’s “unambiguous front door.” The project, says Biswas, “evokes a sense of movement that hints at the dynamism of transportation.” 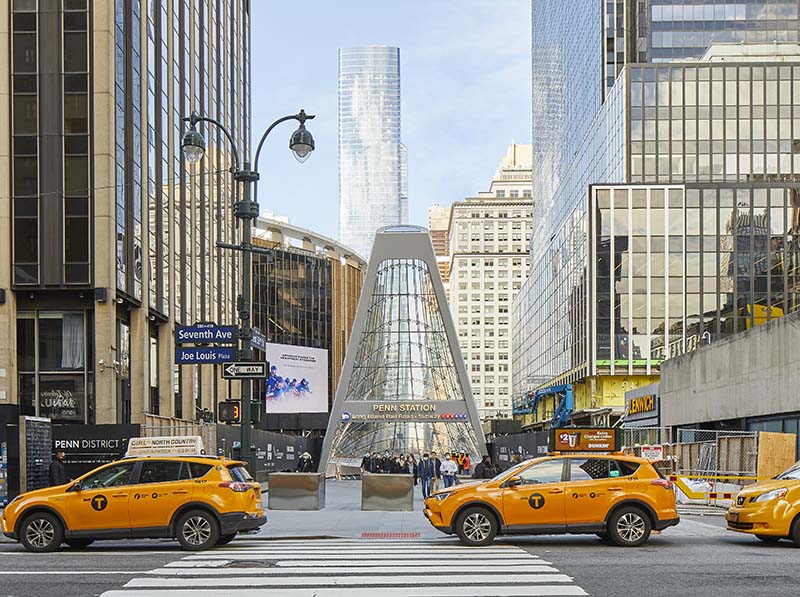 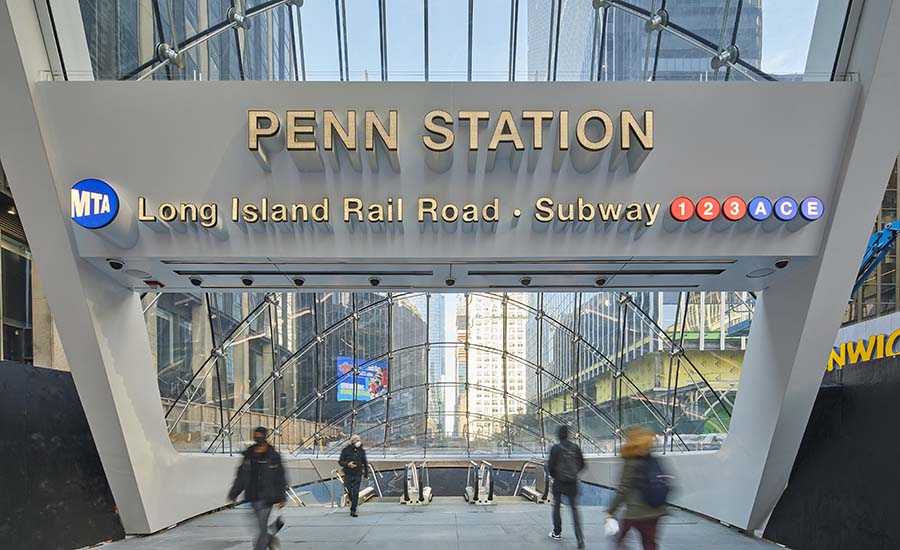 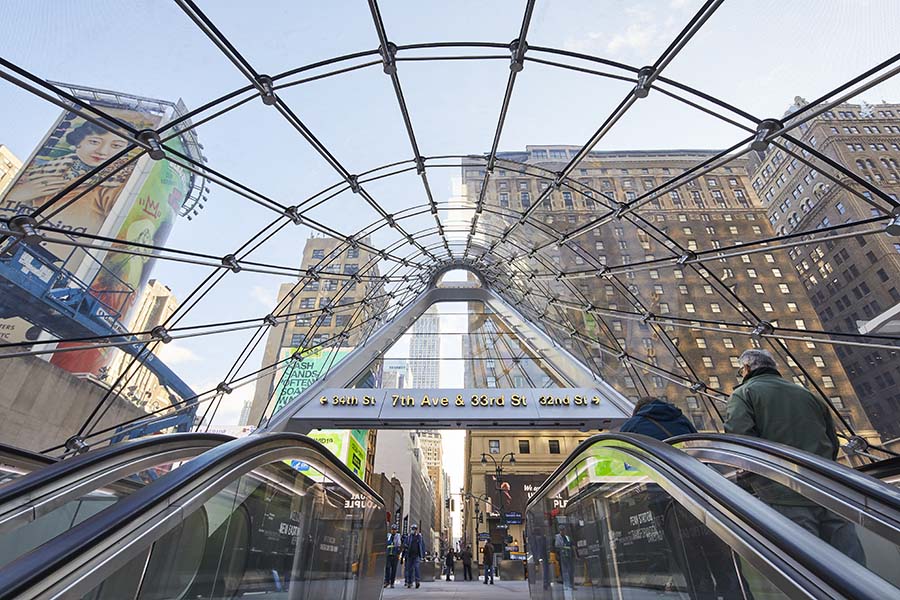 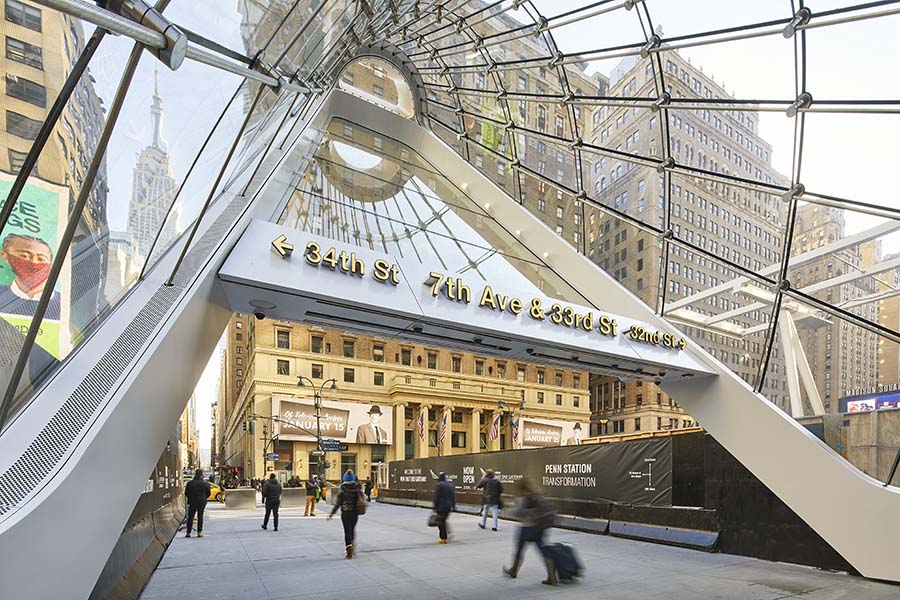 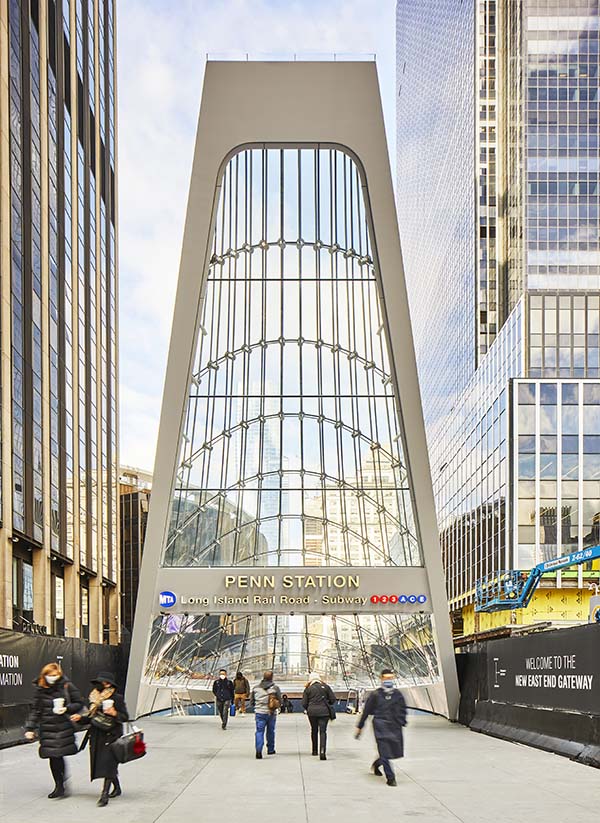 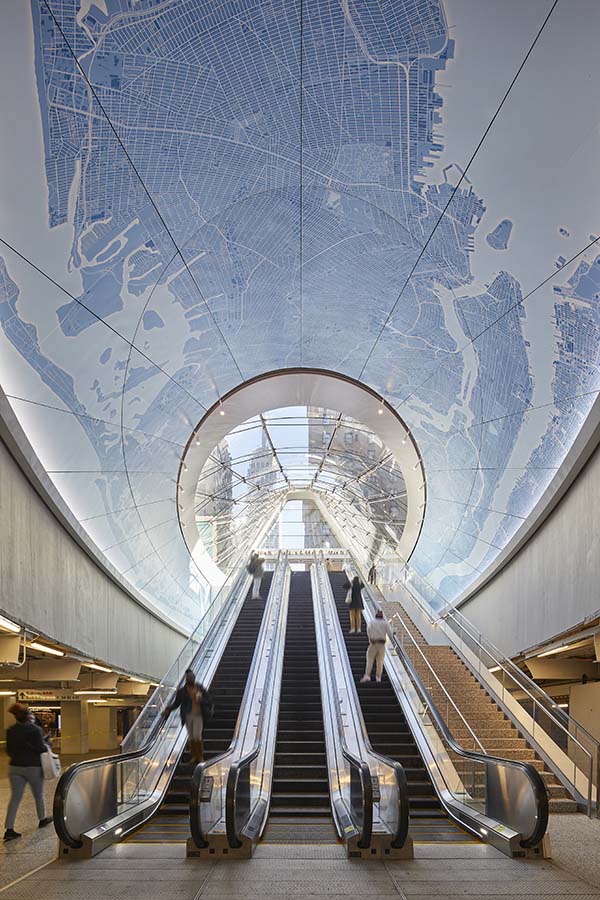 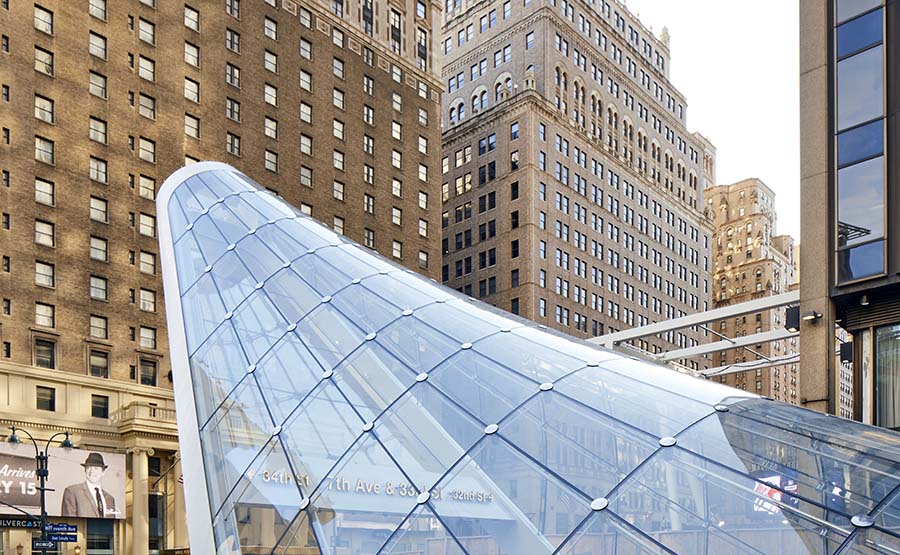