After almost seven years of meticulous restoration work, Eileen Gray’s Villa E-1027 has been reopened to the public on its rocky waterfront site in Roquebrune-Cap-Martin, in southern France. Following years of neglect and multiple inhabitants, it has been returned to its original condition from 1929, when the Irish modernist completed the holiday home with her partner, Romanian architect Jean Badovici. 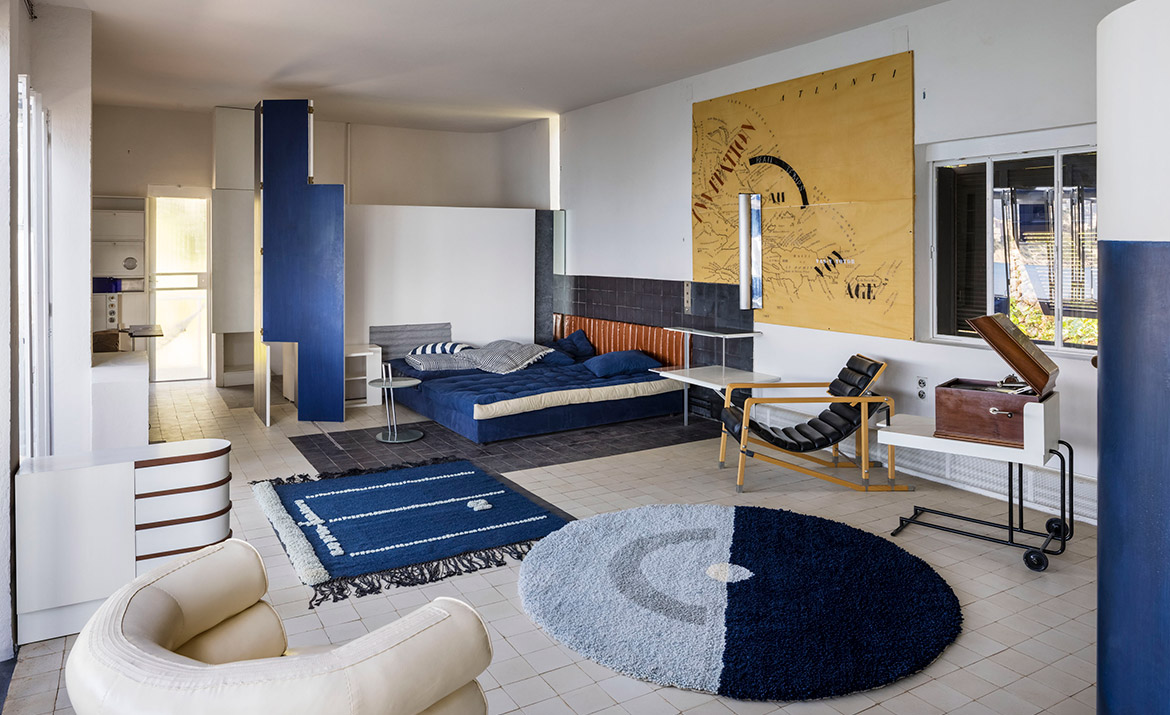 Le Corbusier occasionally stayed in Gray’s villa and built his rustic log cabin home nearby in 1951, called Cabanon, (where he died while swimming in the sea in 1965 of a reported heart attack). Also, peering down at Villa E-1027, is the Swiss-French architect’s colorful complex, Unités de Camping, which was completed in 1957. Villa E-1027 was sold to a relative of Le Corbusier in 1960 and gradually fell into disrepair. 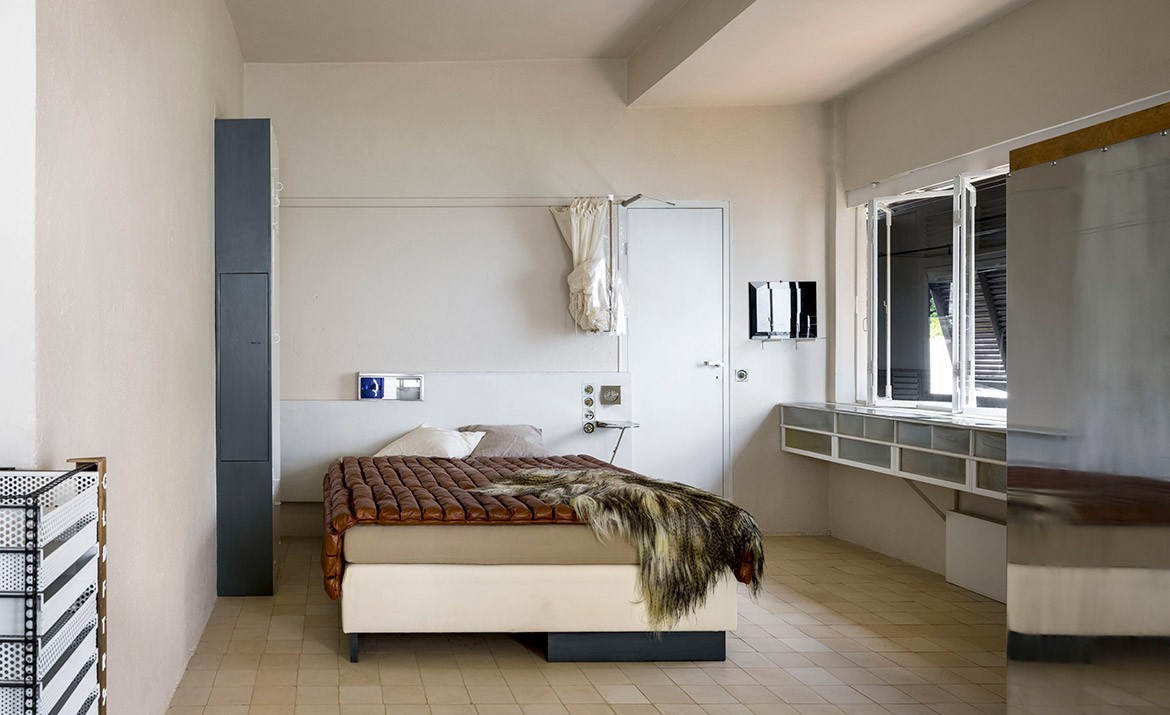 Collectively called Cap Moderne, Gray’s villa with these Corbusian structures, including a bistro, was listed in 1999 as a UNESCO World Heritage Site and bought by the Conservatoire du Littoral to oversee its preservation. Now restored inside and out, and open since June, Gray’s E-1027 cost $6.5 million to revive, with 45 percent of the sum from private sponsorship and fundraising and the rest subsidized by regional authorities and the state. While the home slowly underwent work, the rest of Cap Moderne reopened in 2015. 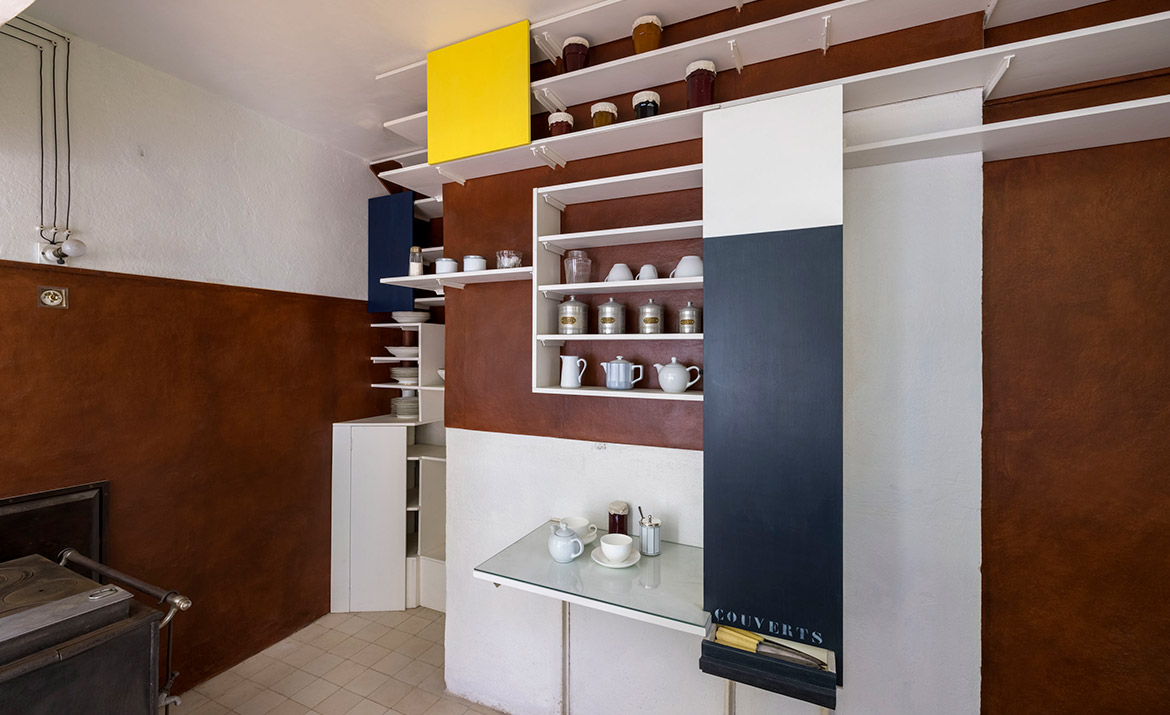 The villa kickstarted Gray’s career as an architect, after working for years as a designer in Paris in art, textiles, rugs, lacquer work, and furnishings—from bent steel chairs to tiered cabinets with swiveling drawers. She built another house nearby in 1931, and by the mid-1940s, began designing larger cultural and social projects.

Reviving Gray’s building has been a labor of love, with as much attention spent on repairing its eroded concrete walls and recreating her custom furniture pieces inside, some of which are built into walls while others move and fold, resulting in a highly flexible space. Four of the vibrant murals Corbu later painted have also been restored, with one screened-off in the living room so as not to detract from Gray’s vision.