The Future of Affordable Housing

Why is the Housing Market Insane?

As the economy shut down in the early weeks of the pandemic, homebuilders girded for the worst. And sales did collapse—briefly. But by late spring 2020, rental and sales activity rebounded, especially in desirable suburbs and lower-cost, amenity-rich cities like Boise, Idaho.

Since then, prices have spiraled upward—rising more than 13.2 percent last March alone—four times the robust figures for 2019, according to The State of the Nation’s Housing 2021, the much-watched annual report from the Harvard Joint Center for Housing Studies. Prices are up not just in the most expensive markets but by double digits in 85 of the 100 largest metro areas. Rents for moderately priced apartments are going up almost everywhere, even in the face of the mass-eviction crisis that may develop as moratoria expire.

Some of the price pressures may be temporary, due, for example, to the initial pandemic flight of former urbanites flooding the suburban housing market. But today’s head-spinning housing costs mostly reflect a growing systemic dysfunction, as prices continue to outstrip both inflation and wage growth. The market now mainly serves the affluent, with lower- and middle-income buyers and many renters increasingly shut out.

For years, steep housing costs afflicted high-wealth cities and suburbs that limit affordable developments via restrictive zoning and environmental rules that empower NIMBYs. Recently, constricted supply and rapidly rising costs have become a national phenomenon, affecting even such moderately priced cities as Minneapolis, which famously opened its predominantly single-family neighborhoods in 2018 to multiunit residentital properties to increase supply. The little-discussed systemic issues that drive soaring prices must be addressed, or we’ll continue to see more people forced to compete for a declining number of existing, low-quality units in undesirable locations—not to mention greater homelessness. 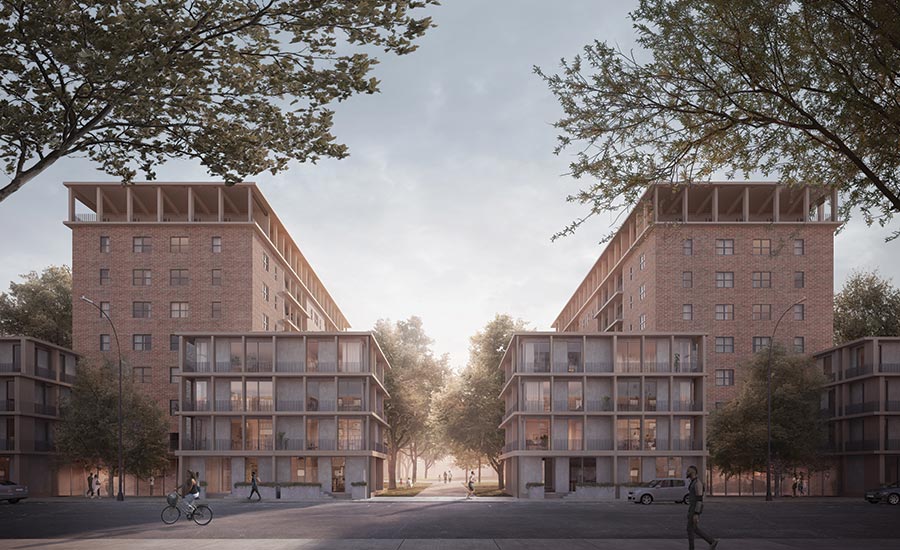 Over time, tax policies that once served a broad range of incomes have evolved to award more benefits to affluent owners and investors. Both groups have incentives to keep prices rising to deliver the largest returns in dividends, fees, and tax shelters. That puts investors at odds with people simply seeking an affordable place to live.

Well-heeled buyers can deduct mortgage interest and property taxes, which means that the U.S. Treasury picks up a chunk of the tab for ownership. Most owners of modest means can’t itemize deductions and so lose these subsidies, and market-rate renters get no subsidies or tax benefits at all.

In many cities, buyers flush with cash can pay more than middle-income families for an aging starter house in a desirable neighborhood. The better-off buyer is likely to tear down or expand his or her purchase, removing yet another unit from the affordable stock. In fact, rapidly advancing property values are a plus for such buyers because a gain at sale is taxed at a much lower rate than ordinary income.

Real-estate development and investing is among the most heavily subsidized industries, a status enhanced in the 2017 tax overhaul. “There’s probably no special interest that’s more favored by the tax code than real estate,” says Steven M. Rosenthal, a real-estate tax specialist and senior fellow at the Urban-Brookings Tax Policy Center. A panoply of tax tools allow deductions for losses and depreciation. Even further tax devices offset taxes that should accrue when property gains value.

The special status of housing investment has drawn a wide variety of actors, especially private equity, which swept into a housing market devastated in the Great Recession that began in 2008—itself a crisis created by the abuse of lending standards for housing. Wall Street investors and private-equity firms such as Blackstone, Cerberus, and Colony Capital acquired hundreds of thousands of moderately priced houses at fire-sale prices in markets devastated by foreclosures, and have rented them out—many to the very people who lost them. With rising demand and constrained supply, these companies are now selling such investments at much higher prices, while sheltering profits from taxes.

The pandemic home-buying bulge surprised builders who were already struggling to serve a housing market that had finally awakened after a long post-recession swoon. After millions lost their homes in the Great Recession, the percentage of Americans owning homes continued to decline, bottoming in 2016 at 63.5 percent—the lowest level in decades—after peaking at 69 percent in 2004. After the subprime lending excesses of the early 2000s, lenders tightened standards for creditworthiness so that only the well-heeled could borrow. Millennials, entering traditional peak homebuying years, were shut out of the market (until recently) by rising student debt and stagnant incomes. Younger buyers who sought urban options were limited by the land costs and the higher price of infill construction—constraints unaddressed by fiscal policies. The moderate-priced-condo market, which should be an attractive choice, has remained weak, saddled with higher lending costs and quality problems that have attracted lawsuits and repelled builders.

Given such headwinds, many builders left the market and laid off staff. Not until 2018 did the demand for new houses start growing—but “all of the recent growth in homeownership has been among households with higher incomes”—$150,000 and up—according to the U.S. Census American Community Survey, while owned houses declined by 2 million between 2013 and 2019 among those earning less than $75,000. Households of color were among the chief victims of subprime mortgage schemes, and ownership continued to decline after recovery began. “The Black-white homeownership gap is now larger than it has been in decades, at fully 31 percentage points,” according to the Harvard report.

Experts have called for reducing barriers to housing supply in the vast territories across cities and suburbs where only single-family houses currently can be built. In some cities, especially in California—where punishingly expensive housing is a chronic statewide crisis—almost anyone can induce costly delays on environmental grounds. Serial abusers of the process ensure that months, even years, are added to the permitting process. No one should underestimate the degree to which affluent homeowners will resist greater density if they perceive any loss to their home’s value—another reason to decouple the house as investment vehicle from the home as primarily shelter. Battles against affordable and multi-family housing in single-family neighborhoods have consumed decades. And yet many pundits focus only on zoning as a key to affordability.

Unfortunately, increasing supply alone is no panacea, experts on the ground say, since new market-rate units serve higher incomes almost exclusively. At best, supply can temper the rate at which prices rise.

With the market abandoning middle- and lower-income buyers and renters, you get scenes like one in the aging Highland Village complex in affluent Bellevue, Washington, where tenants joyfully screamed, hugged each other, even rolled in the parking lot when the King County Housing Authority announced in May 2017 that it would buy the suburban Seattle development after a townhouse developer withdrew. The authority promised to preserve modest rents.

The celebration captured just how fierce the competition now is in many cities for what’s called “naturally occurring” affordable stock, with the hot real-estate market driving local housing agencies into bidding wars with private investors and “flippers” for the purchase of decades-old apartment complexes needing extensive work.

That leaves a beleaguered set of antiquated local and national subsidy programs to serve, not just those most in need, but people whose earnings not long ago would be enough to rent without aid.

Rent-subsidy vouchers (known as Housing Choice or Section 8) are especially beneficial to low-income families seeking to move to safe neighborhoods with better schools (which are remarkably predictive of future life success), but Congress has consistently underfunded the program, leaving out many potentially eligible tenants. Public housing—new projects built and operated by government—are next to nonexistent, and extant projects are in deep disrepair in most cities, leading many housing agencies to tear down all or part of their stock.

What’s called “affordable” housing, built and operated by private for-profit and nonprofit developers, is strangled by an unnecessarily byzantine and capricious financing model that is extremely expensive and leads to extensive delays. As a result, very few units are produced by these means. Overall, the panoply of programs that are supposed to knit together a housing safety net reach only about 25 percent of those eligible. Just half of families with incomes near destitution receive government housing aid. No such rationing applies to those who earn comfortable incomes and receive real-estate subsidies via tax advantages.

These systemic problems can be fixed if Congress and communities choose to address them. Here are just a few ways:

If localities and Congress do not address these inequities, we should not be surprised to see record levels of housing stress, an even greater decline in the supply of affordable housing, and, most sadly for the wealthiest nation on earth, seemingly intractable homelessness.