The fourth edition of the Chicago Architecture Biennial, opening September 17, will be a radical shift away from a central exhibition venue and will invite visitors instead to explore vacant sites in various Chicago neighborhoods that have been catalyzed by experiments in urban design, generated between community groups and selected architects and designers. The brainchild of artistic director David Brown, an architecture professor at the University of Illinois at Chicago (UIC), the Biennial, entitled The Available City, is a culmination of his years-long research into the abundance of city-owned empty lots, typically in marginalized areas. Brown spoke to RECORD editor in chief Cathleen McGuigan about the Biennial and his ongoing work in this arena.

How did you get started in your research on vacant land in cities?

The available-land concept is fascinating to me because, in a lot of places, people say there is no available land and that we don’t have affordable housing because of soaring land costs. But the truth is, in many cities, it isn’t lack of available land but where the land is.

Your most extensive project on vacant urban land has been in Chicago. How did you begin?

In 2009, I started to research the city-owned vacant land; it was a paper database then and, with students helping, we converted it into a spreadsheet so we could make a map. Now you can just download the information. With the finished map, we developed the urban-design approach, and exhibited the work in the Venice Architecture Biennale in 2012 and in the Chicago Biennial in 2015.

So how much vacant land is there in Chicago?

Today there are about 13,000 public vacant lots, and the city is actively continuing to acquire land through foreclosure, types of abandonment, and the demolition of abandoned houses. In total, all that land is close to the same area as the downtown Chicago Loop, but, of course, it’s in 13,000 pieces scattered around the city. But 70 percent of that land is in just 18 underserved neighborhoods on the south and west sides—home to primarily Black and Brown communities, where the median income is lower than the city’s median.

So isn’t this a great opportunity to create more low-cost housing?

Housing is, in fact, a need in those locations, but I actually think there are other needs in those same neighborhoods. I focus on providing resources within outdoor spaces to create a full community. When we say public space today, we think of parks and plazas, but how do you actually make a diversity of spaces? Some of them can be gardens, some can be play space, some can be workspaces—or be used for education or neighborhood gatherings. And I look at what organizations already exist in a neighborhood and what their interests and needs might be, and how those can inform designs of outdoor space that are new resources.

You’re very interested in jazz—and that connects to how you think about the process of urban design.

Yes, my other longtime research focus is looking at improvisation, specifically at jazz, and asking, how do improvisors structure their work and how do they facilitate improvisation? Similarly, how do you develop an urban design that’s trying to account for 13,000 lots when there is no way to gain knowledge or assess all of them? So the design is a general idea of what the lots can become, using a process where you really begin to engage communities for specificity, because the people who live there actually know what the relationships of those lots are and can be to the surrounding neighborhood.

How will the theme of available land and urban design be explored in the Biennial?

We’re developing and implementing 16 projects, with 13 of them in four of the neighborhoods with high numbers of city-owned vacant lots. Some of the projects are intended to be permanent, and the majority of the sites have been identified by community organizations or are ones those organizations are already stewarding.

For the Biennial, you’ve brought in architects and designers to work with community groups on the projects you are highlighting. Can you tell us about a few of them?

One of the longer-term projects is in a permaculture garden—a garden where all the plantings work together to be, essentially, self-sustaining. It is a food source, and also a teaching garden. For the 2019 Chicago Architecture Biennial, I organized a youth studio wth a school to develop an idea for a classroom and gathering space to increase awareness among residents about growing food and healthy eating. I asked Antonio Torres, a colleague at UIC who is a founder of Bittertang, a design “farm” that creates an architecture based on plant matter, to lead the workshops. And Antonio and firm cofounder Michael Loverich have developed the design for this fall. 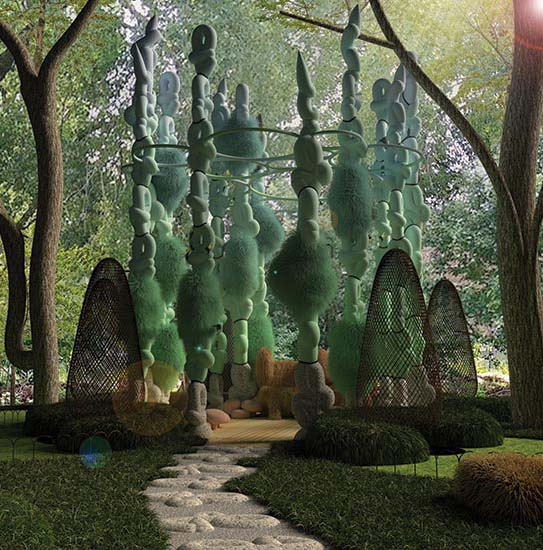 Another project, right next to the garden, is with a young men’s employment network called YMEN, though they engage women too. Their mission is job training, and they’ve started a bike-repair and rental space in shipping containers. They are also growing peppers that are the basis for a hot sauce that another group makes. On the same site, Sekou Cooke [architect and director of the Master of Urban Design program at UNC Charlotte] is working with YMEN to create a gathering space and places for small vendors to set up as well.

And nearby is the historic Central Park Theater—a movie palace built in 1917 that was the first air-conditioned theater in Chicago. It now houses a church. To engage the neighborhood’s history, the Central Park Theater group is working with Swiss architect Manuel Herz on activating the parking lot with a few platform spaces, and creating a mural along the ground and the theater wall. During the Biennial, I’m interested in having the group involved in the theater’s restoration continue a conversation with Herz about the interior.

The Biennial lasts for a few months. Of all these initiatives, what do you envision will be ongoing? What do you hope will be the outcome?

Another component of the Biennial will be workshops, where community organizations can continue to talk about creating new spaces, and we would try to match them with designers. The Biennial should be the starting point, to implement a few collective spaces with local organizations and ask how that interaction can spur thinking and catalyze action for developing more open space within Chicago’s neighborhoods. 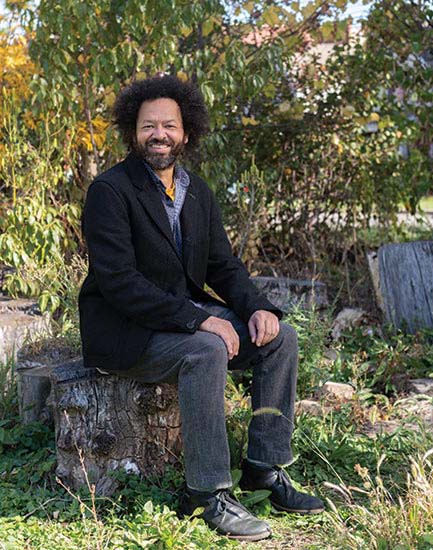 When we say public space today, we think of parks and plazas, but how do you actually make a diversity of spaces?