Jason Pugh, current NOMA president and Gensler senior associate architect, insists, “It's impossible to walk away from a National Organization of Minority Architects (NOMA) Conference and not walk away inspired.” He speaks from experience, having attended his first NOMA conference in 2008, and he has not missed the annual event since. On top of that, Pugh organized NOMA 50: Detroit Homecoming Virtual Conference and Gala Weekend, which took place October 20-23. "This year is especially important," he says, "we're celebrating 50 years of innovation and hard work since our founding."

Over 1,300 of NOMA's nearly 3,000 members virtually participated in NOMA 50, held at the Detroit Marriott at the Renaissance Center. Another 200 people attended the event in person. Organized by NOMA staff and volunteers, as well as the NOMA Detroit chapter, over forty educational sessions explored a variety of topic areas.

The conference kicked off with an in-person keynote panel, also a virtual broadcast, and the opening of the “SAY IT LOUD: NOMA 50th Exhibition” at the Detroit Historical Museum. The exhibition celebrates the professional achievements of 75 NOMA members with ties to Detroit, and features 24 video testimonials about their experiences and accomplishments. 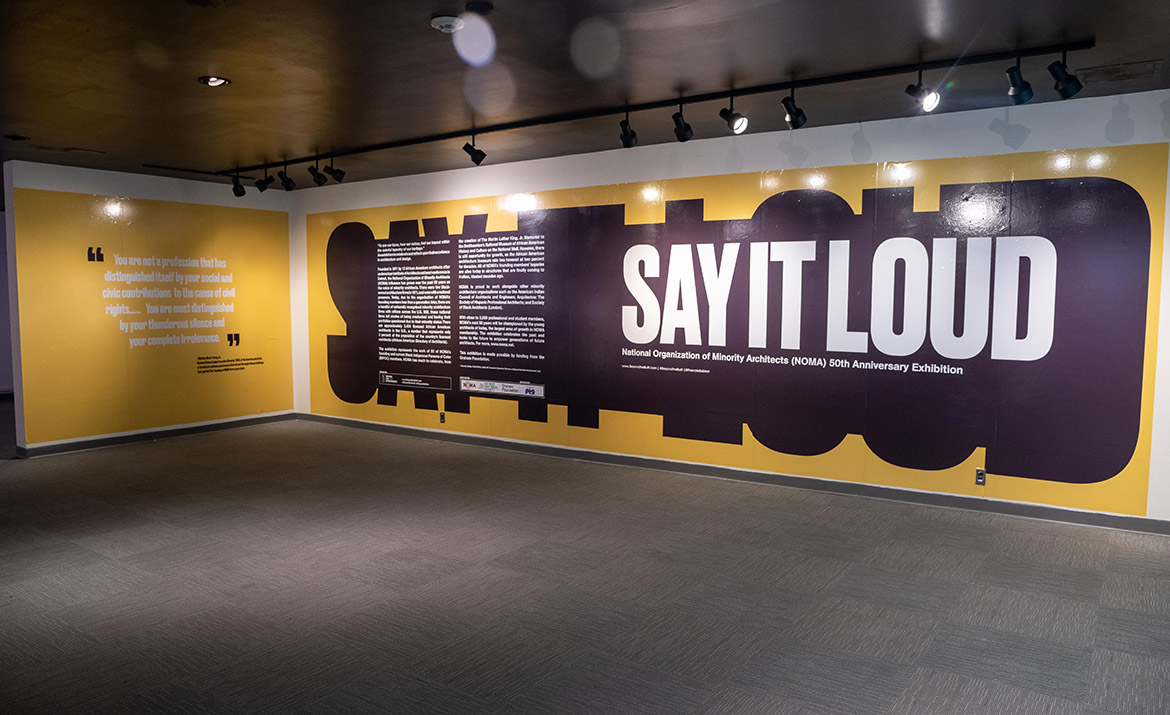 NOMA's exhibit showcases the organization's history, as well as key projects by some of its members. Photo © Detroit Historical Museum

Holding the conference in Detroit was not a random decision. Fifty years ago in 1971, the 12 founders of NOMA came together in Detroit at the AIA National Convention, and there they founded the organization. "They saw NOMA as an opportunity to create an organization that would really give them a stronger platform, more stability, resources to further advance their practices, and a way to address the discriminatory practices,” Pugh says.

The pace has not been that fast: Today, only a handful of minority architecture firms across the United States are nationally recognized, and there are only approximately 2,400 licensed African American architects. The number represents two percent of the population of the country’s licensed architects. NOMA has been steadily working to increase the number of Black, indigenous, and people of color (BIPOC) architects and designers in various ways. The conference is one of them.

"Despite whatever people are going through in their own local towns, businesses, schools, and projects, we are a solid resource and support," says Pascale Sablan, NOMA's president-elect and the curator of the “SAY IT LOUD” exhibition. Sablan, who is also the founder of Beyond the Built Environment, an organization that works to elevate women and BIPOC designers and address disparities in the industry, adds that she hopes people walk away from the conference and exhibition "with a sense of self-pride, a reaffirmation of the importance of their identity and work, and the trust to be more authentically themselves.” 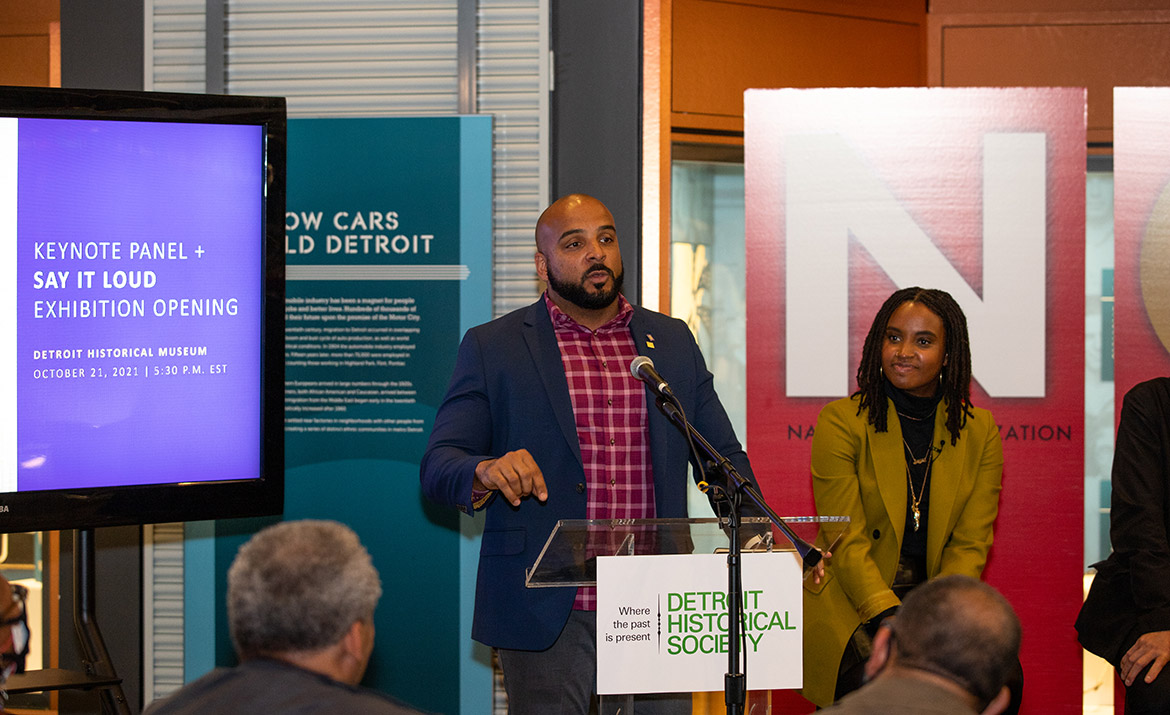 One event that she was personally excited about attending during the conference was the annual NOMA Awards Banquet. "For me, it's an unmissable moment," she says. "You can really feel the love and support flowing between the NOMA family.”

During this year's banquet, NOMA honored the winners of the Phil Freelon Professional Design Awards. The awards are named after the renowned African American architect, who died in 2019 at the age of 66. Recognizing the best architectural design work by current NOMA members, the awards are distributed over five categories.

This year's Honor Winners are Perkins & Will (Built category) for its work on the Singing Hills Recreation and Senior Center in Texas, Andre Johnson Architects (Unbuilt category) for the North Carolina A&T Community and Urban Food Processing Facility, Hines Architecture + Design (Vision category) for its innovative vision of the Harlem Maritime Center and Museum in New York, Hamilton Anderson Associates (Historic Preservation, Restoration and Renovation) for its efforts on the Hamilton Midtown apartments in Michigan, and Evoke Studio Architecture (Small Projects) for the Beyu Caffe at BOXYARD in North Carolina.

"Seeing other people like you who are paving the way reminds you why you fell in love with the profession and inspires you to do more in your own community," Pugh says. "When people leave the NOMA conference they should be recharged and inspired to move the organization forward another 50 years."

With this goal, NOMA's goals are clear, Pugh notes. He sees the organization collaborating with allies to share and strengthen their efforts, and leading discussions toward a more equitable and diverse industry. He also sees NOMA working to increase the number of licensed Black architects.

"The number of licensed minority architects and the number of minority-owned architecture firms are both still too low," Pugh says. "It was the challenge of our founders and will remain ours until we can say, with complete confidence, that we have fulfilled their initial mission."

Editor’s note: RECORD’s coverage of NOMA’s 50th anniversary is a two-part series. For coverage of the capstone panel during its four-day conference in Detroit, click here. Writing has always been a source of enchantment for Jaishree Drepaul-Bruder, who graduated from journalism school in 1998. Since then, she has worked for and contributed to a number of publications, and she’s also a regular writer for the University of Michigan's Institute for Social Research and STAMPS School of Art & Design.

The Guggenheim celebrates 50 with a Frank Lloyd Wright show