This website requires certain cookies to work and uses other cookies to help you have the best experience. By visiting this website, certain cookies have already been set, which you may delete and block. By closing this message or continuing to use our site, you agree to the use of cookies. Visit our updated privacy and cookie policy to learn more.
Home » The Future of Practice: Interview with Lisa Sauvé of Synecdoche
Architecture NewsInterviewsSpotlight on Women Leaders in Design

The Future of Practice: Interview with Lisa Sauvé of Synecdoche

As part of a new interview series on the future of practice, RECORD spoke to Lisa Sauvé of the firm Synecdoche in Ann Arbor, Michigan.

The recent unionization campaign led by the group Architectural Workers United has ignited a national conversation about the grueling aspects of architectural labor. While the debate about fair compensation and overwork has centered on large firms in major cities, more than 75 percent of architectural firms in the United States have less than ten employees. Where do smaller firms fit into the conversation?

As part of a series about the future of practice, RECORD spoke to Lisa Sauvé of the firm Synecdoche in Ann Arbor, Michigan. Sauvé represents a younger cohort of architects with small offices who are working to change the business of practice—and whose experiences in addressing pervasive issues may have an outsize impact on the future of the profession.

Sauvé, 35, launched Synecdoche in 2009 with her partner Adam Smith while the pair was still in the graduate program at the Taubman College of Architecture and Planning at the University of Michigan. Today the firm has six employees, and Sauvé was recently honored with the AIA Michigan’s 2021 Young Architect Award. She is also the planning commissioner of Ann Arbor and a visiting professor at Taubman. 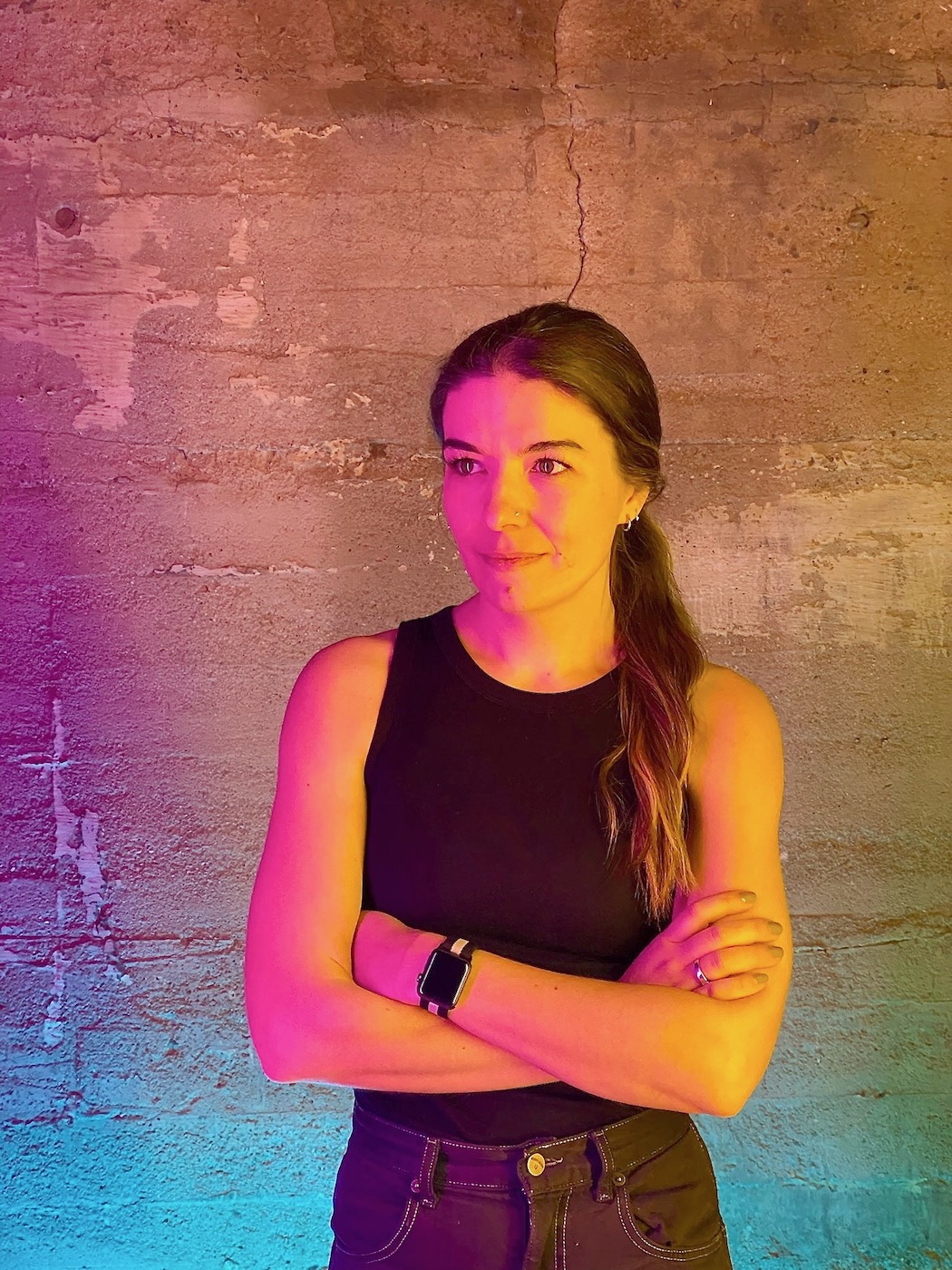 How did you come up as an architect and what made you decide to branch out on your own?

My experience is a little different. I had a kid when I was 19, so I went through architecture school as a single mom. I couldn't pull all-nighters because I had to be a responsible, functioning parent during the day. But at the end of grad school, I walked away with the top female graduate award. I think a lot of that was in recognition of my focus and efficiency. Pulling an all-nighter just makes you brain dead. I knew I could still produce and have discourse at the same level as everybody else come morning. Teaching with that lens, I can diminish the idea that all nighters and doing a ton of work creates better work.

I think I have a good entrepreneurial spirit. So even if I didn’t know it then, running a business was what I wanted to do. We've used Synecdoche to partner on various projects: We’re a part-owner in a gender-neutral hair salon. We started a rental white box photography studio. We were developing partners in a co-working space. And so naturally I've always seen new ways to put things together and having my own firm allowed that. I also needed the flexibility and time as a parent.

How did you build your firm in the early years?

My partner, Adam and I founded the firm in the midst of the recession. Maybe our alternative practice mindset comes from the fact that we started as unlicensed architects and kind of bootstrapped our way through the process. The only way we know how to do it is to just put all the pieces together in a way that fits, instead of repeating old processes, because we were never part of that system. Before we were licensed, we used friends who had other small firms and were willing to be our architect of record. Maybe it's just Midwest nice, but now we're part of that cohort, this crew of supportive small firms. And now it's our job to be supportive—to refer projects and team with others on projects and be collaborative. 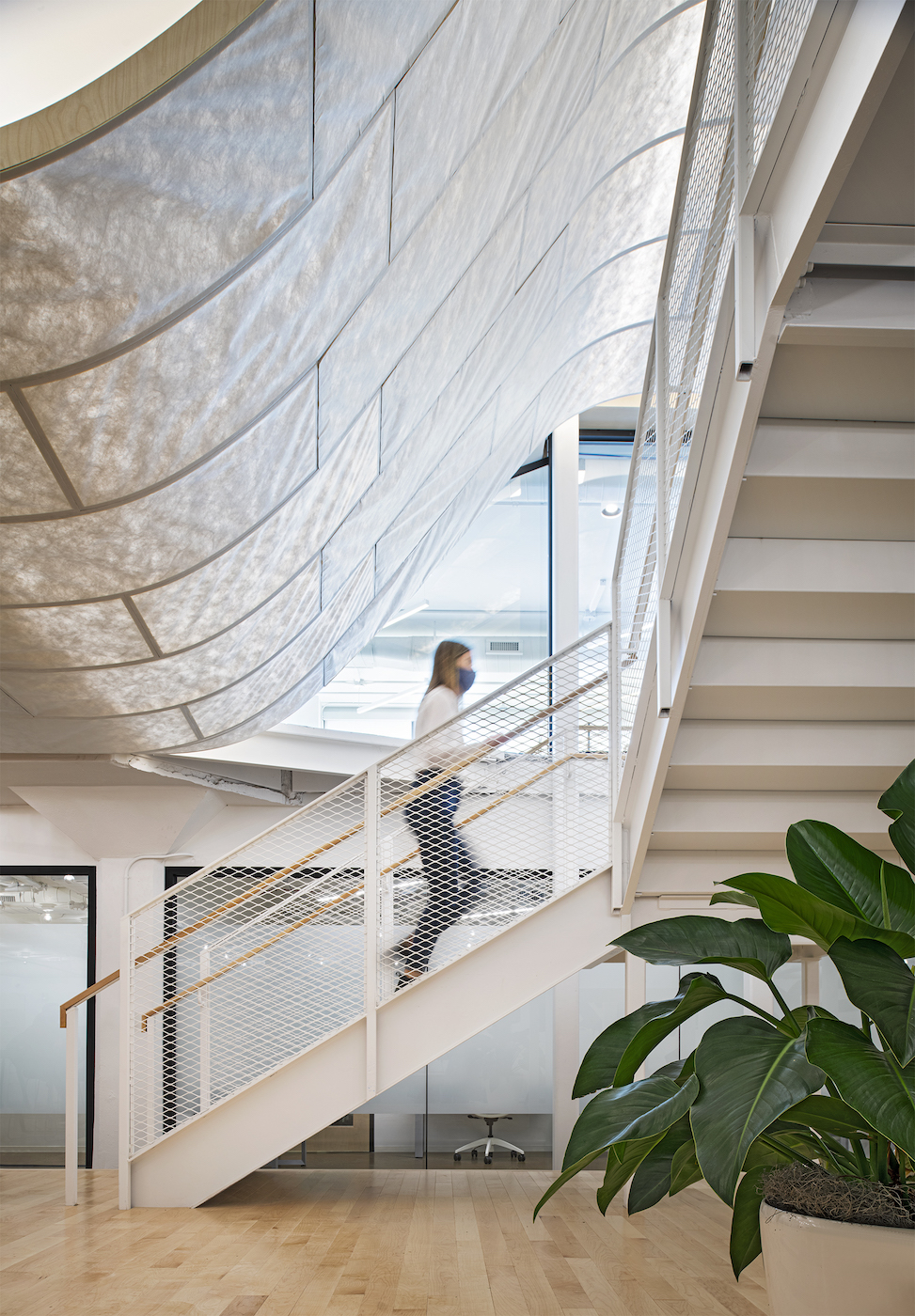 We’ve seen with the unionization campaign in New York that architectural workers at major firms have had to struggle to form solidarity. It seems like smaller firms have a more natural cohort.

It's just people being willing to offer up resources and advice, instead of being like ‘Best of luck if you fail! More for me!’ You have to reject that scarcity mindset and build people up to realize their goals. Somebody else helped me succeed, now it's my job to help others. This unionization conversation is interesting because it's about making institutional change from the large firm side versus getting all the small firms together to make that same move. It's the David and Goliath story. For us, it would've been more challenging if we didn't have supporters who were willing to go to bat and mentor us through. We recognize that and want to push that forward—and so I really do see the power in a lot of small firms working together. It’s a small industry, and it’s better to be nice to people.

As a firm-owner, what business practices do you promote?

A lot of our practices are just being transparent and thinking about how we can bring everybody to the table. But as a small firm, it's so much easier to do. The hard thing in the institution of architecture is knowledge about how practice works. And that doesn’t happen a lot in school. So as firm leaders, we have to explain to people what a billable hour is and why everybody isn't seeing that in the paycheck and what all the other expenses are, so that everybody knows what they're working towards and the cost of business. And it's been taboo for generations to talk about salaries. One of our hiring practices over the past couple years is posting our starting salaries. For the latest round of our job postings, we removed any degree requirements for it as well.

Knowing that our employees can see that and say, 'Oh, this person's going to make this much money’ means they can calibrate themselves and their value as well. I don't think it's my job to post everybody's salary—it's up to everybody else to share it, but I believe it's happening. [Adam and I] are thinking about reinvesting instead of capturing profit at this time for our company. 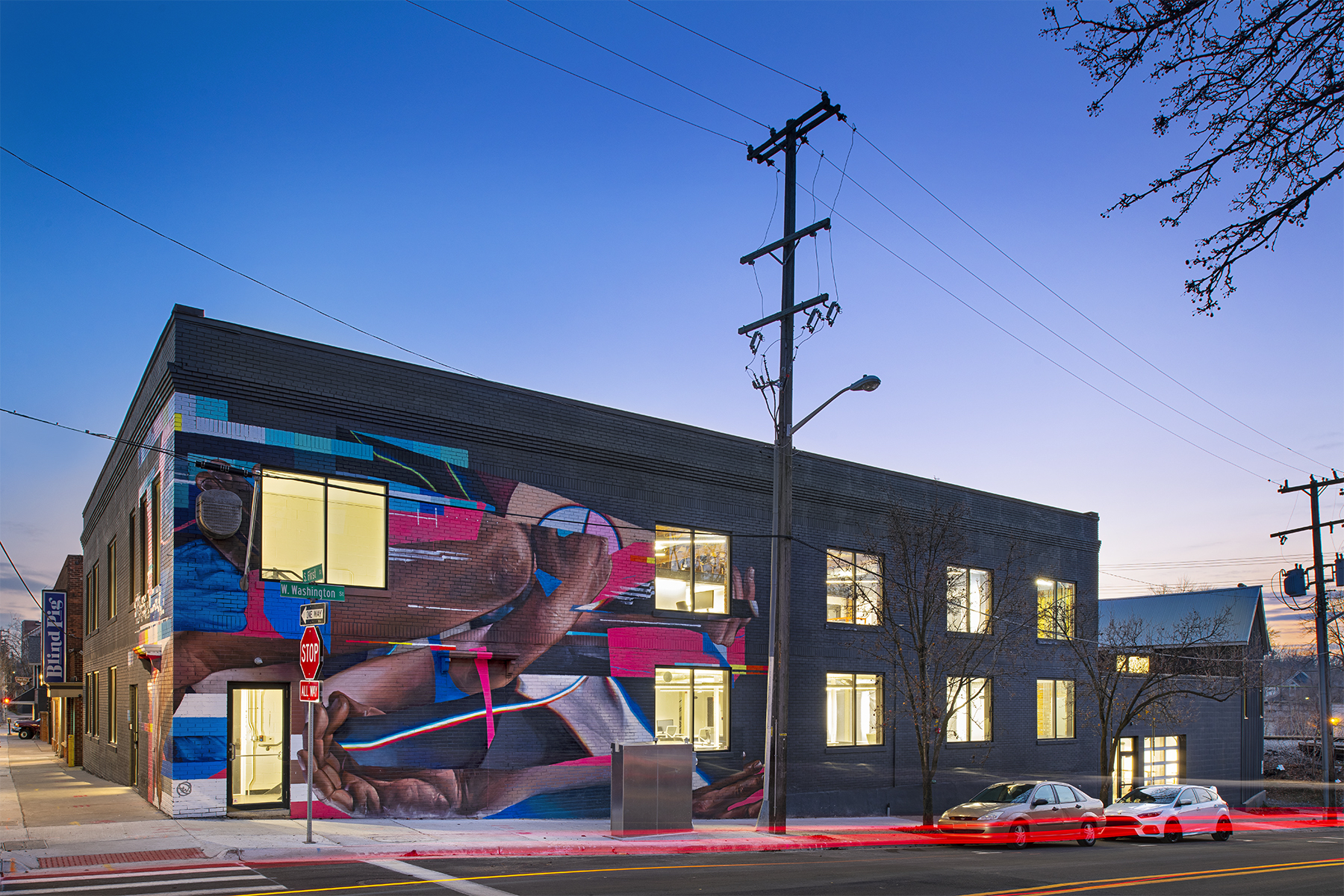 A 1925-built former storage facility transformed into the Ann Arbor headquarters for Clinc AI by Synecdoche in 2020. Photo © John D'Angelo

One issue raised by AWU is this mindset that architecture is a calling rather than a profession, and that the business side of architecture is often swept under the rug. Does that resonate with your experience?

It starts in school. The question is, how do we recalibrate the expectation of studio life? Promoting the pursuit of passion over profit is a way to leverage and manipulate everybody into not thinking about business, and the idea that the virtuousness of architecture means that you shouldn't be making money is to the detriment of our entire industry. No, we should declare our value and charge more. The engineers are doing it.

How does your experience as an architect and a firm owner inform your role as an educator?

It's been interesting this semester spending time with students. We've got a break coming up and they're asking what the assignment is over break. And I'm like, ‘It's called break, take a break!’ And this is just foreign to them. I'm trying to instill this new discussion point and put it into action. It's breaking everybody's habits and expectations from school into the firm.

Do you see your practice as fitting into part of the solution to the issues raised by Architectural Workers United?

What we’re doing feels normal to us over here. It feels like this is what everyone should be doing. But overall it's enlightening for us, because I haven't worked in a large firm, to see what others are up against. Everybody knows that these problems [of overwork] exist in school, but it’s amazing to see how pervasive they are at multiple scales of architecture firms.

The Future of Practice: Interview with Marilyn Moedinger of Runcible Studios

The Future of Practice: Interview with Imani Day of RVSN Studios

Interview with Vishaan Chakrabarti on the Future of Penn Station