Miami non-profit Oolite Arts has released images of its new campus, the first U.S. project by Barcelona-based firm Barozzi Veiga. Currently located in Miami Beach, Oolite, which supports local artists through residencies and exhibition opportunities, announced that it will soon begin construction of a new 27,000-square-foot campus on 72nd Street at the edge of Miami’s Little Haiti district. Barozzi Veiga, which was selected for the project in 2020 following a three-year-long process, has now advanced its design to the point where documents for the building permit are ready to file, says 46-year-old Fabrizio Barozzi, who founded the office with 49-year-old Alberto Veiga in 2004. According to Oolite, the $30 million campus will open in early 2024. 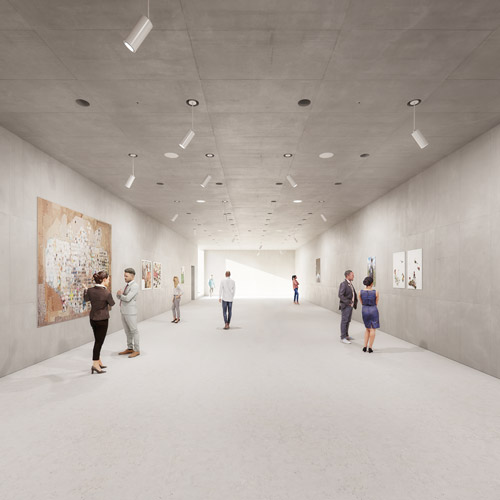 Oolite Arts will include an exhibition gallery for artists to display their works. Image © Oolite Arts

Located next to railroad tracks in an industrial area at Little Haiti’s northern limit, the long, narrow, 56,000-square-foot plot will soon become home to 21 artist studios, a 2,500-square-foot exhibition gallery, a 3,800-square-foot auditorium, workshops, classrooms, and administrative spaces. Faced with what Barozzi describes as a rather “harsh” environment of asphalt and warehouses, the architects sought to make the campus “an oasis in the middle of this industrial area, a very calm space where the artists can work,” Barozzi says. Disposed around a generous garden, the campus will be organized like “an artists’ village, a place where they can create community and promote artistic activity in the neighborhood,” he continues. “One of the challenges was finding the right balance between intimacy for the artists but at the same time a public atmosphere capable of engendering community spirit.”

The deceptively simple design comprises eight clusters of five or six studios lined up along the site’s perimeter and opening onto the interior garden. Over the course of the design process, the initial choice of raw concrete for the studios, which seemed a suitably tough material for whatever the artists might throw at it, led Barozzi Veiga to envisage building the whole complex in bare concrete, both inside and out. An insulated double wall will ensure high thermal inertia, with an essentially blank perimeter elevation pierced by seven generous openings leading into the courtyard. The latter will be luxuriantly planted with local species. Measuring around 300 square feet, each studio will be lit by both a window giving onto the courtyard-garden and a clerestory-topped tower bringing in even light from the north. Additional towers will act as windcatchers and solar chimneys to help cool the complex, reducing the amount of mechanical ventilation required, and two of the towers will house tanks to store rainwater, which will be used to irrigate the garden. (Oolite is aiming for LEED certification.) 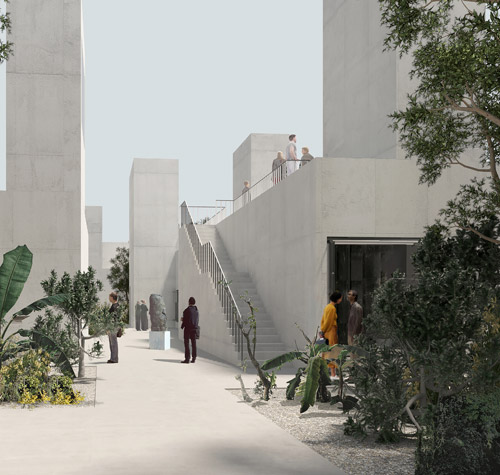 “This constellation of towers becomes the building’s leitmotif,” says Barozzi, “transmitting the idea that light is an important part of the project, but also signaling the climate aspects of the design. Furthermore, they resonate with the industrial character of the neighborhood—after all, some of them are chimneys.” While these bristling verticals might also evoke the medieval towers of Bologna or San Gimignano, the concrete, he says, will express “the toughness of a warehouse,” and need not attain Swiss perfection, since the architects are seeking “to preserve a rough atmosphere.”

In recent years, Little Haiti has become popular with artists and galleries, and is also increasingly falling prey to developers. Though Barozzi expresses the wish that the neighborhood will retain its unique character, one can’t help but suspect that, in a city where real estate speculation rules, Oolite’s new campus will be part of an oncoming gentrification wave.

“This is our first building in the US, and looks set to be a very important project for us,” concludes Barozzi, whose firm will be supported in Miami by Charles H. Benson & Associates as architect of record. “As a design, it’s a good representation of our approach to architecture: something simple and basic but at the same time complex; something that resonates with the context but is also quite abstract and creates its own special atmosphere.” 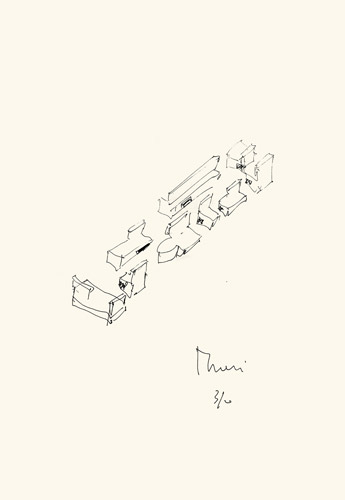