This website requires certain cookies to work and uses other cookies to help you have the best experience. By visiting this website, certain cookies have already been set, which you may delete and block. By closing this message or continuing to use our site, you agree to the use of cookies. Visit our updated privacy and cookie policy to learn more.
Home » National Trust for Historic Preservation Names 2022’s 11 Most Endangered Sites in America
Architecture News

The National Trust for Historic Preservation (NTHP) today released its annual list of America’s most at-risk places, naming 11 sites that reflect the country’s diversity and struggles for human rights.

“This year’s list illuminates elemental themes that have framed the story of our nation—the quest for individual freedom, the demand for fairness and equal justice, the insistence to have a voice in society, and the ongoing struggles to make these dreams a reality,” says president of the National Trust for Historic Preservation Paul Edmondson.

The 2022 list is part of a broader effort on the part of preservationists to focus on sites affected by climate change, tourism, and cultural destruction. 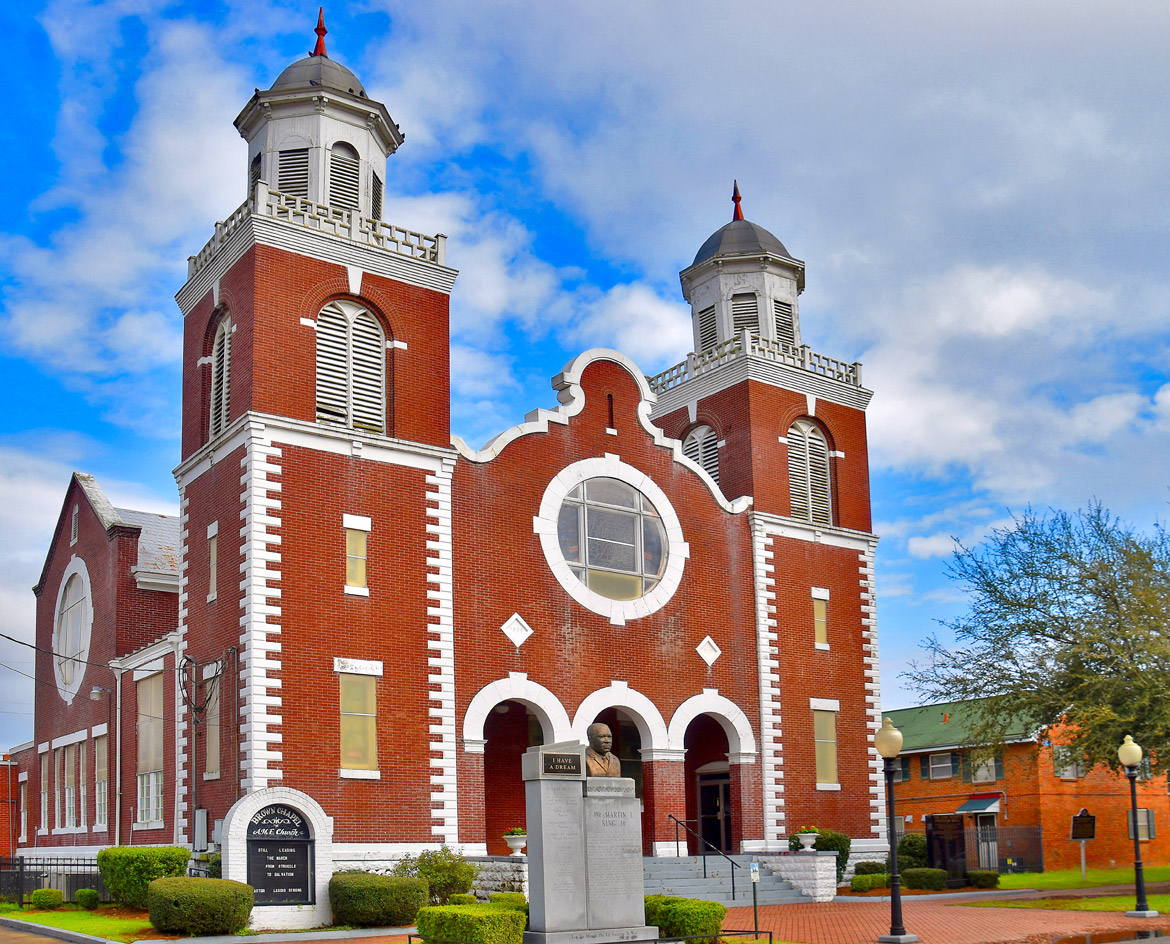 The Brown Chapel, built in 1908 and a national landmark since 1977, is part of the Selma-to-Montgomery Trail. In March of 1965, 600 protesters marching for voting rights—among them the late congressman John Lewis—faced state-sponsored violence at the hands of state police on the day infamously known as “Bloody Sunday,” helping spur passage of the Voting Rights Act of 1965. Since termite damage was discovered in 2021, the building has been deemed unsafe for occupancy. So far, the church has received grants totaling $1.3 million but the cost of repairs has ballooned to around $4 million. 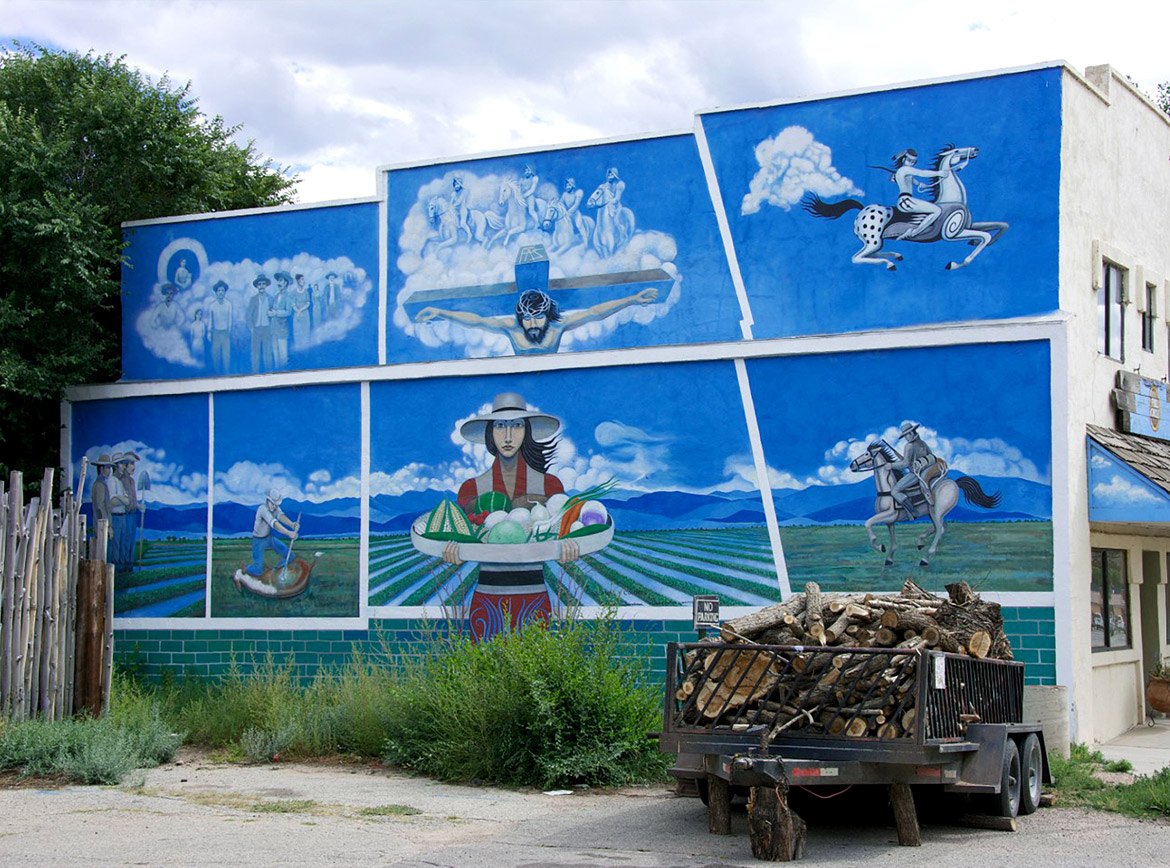 Inspired by the Civil Rights movement of the 1960s and 1970s, the Chicano/a murals of Colorado, located across the state and painted by a variety of artists, represent the culture of the Chicanx people, utilizing art to educate the public about their contributions to society. But vulnerable to corrosion from weather, pollutants, vandalism, and gentrification, the buildings’ murals are not protected under local laws, and could be removed at any time. 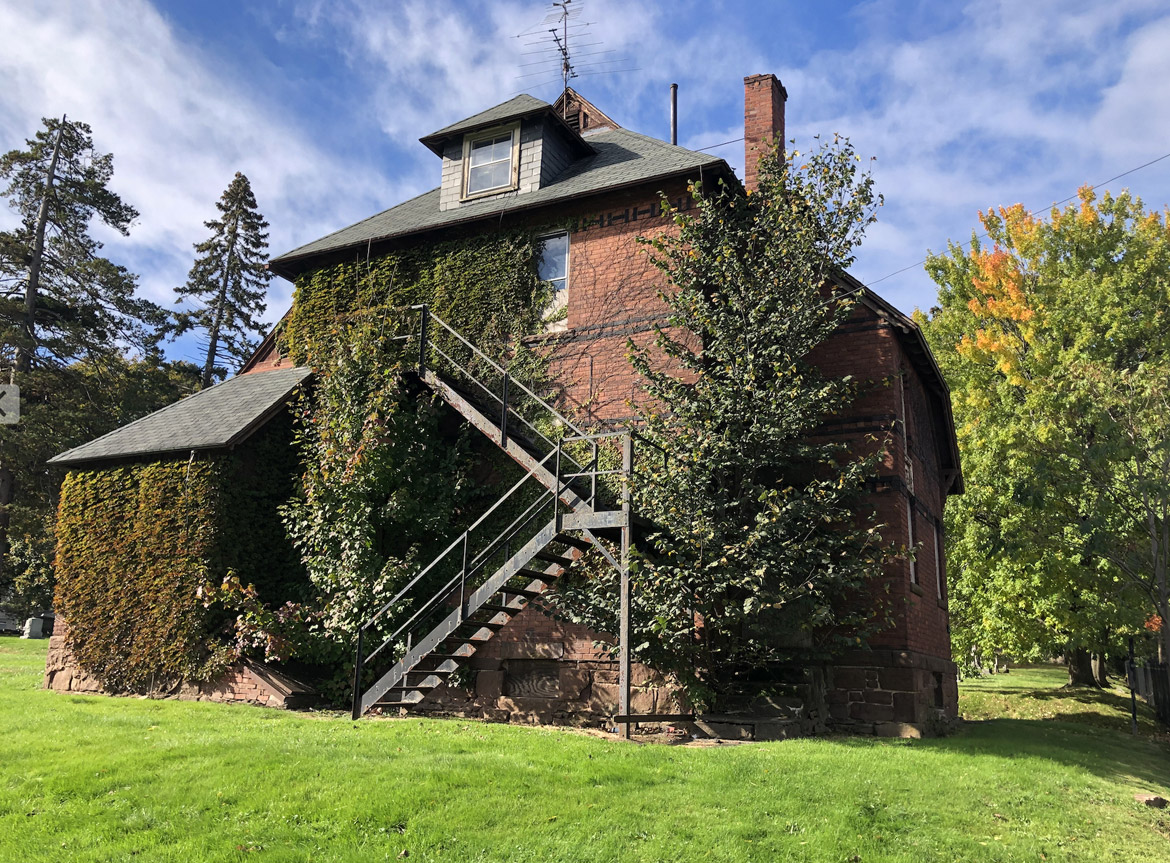 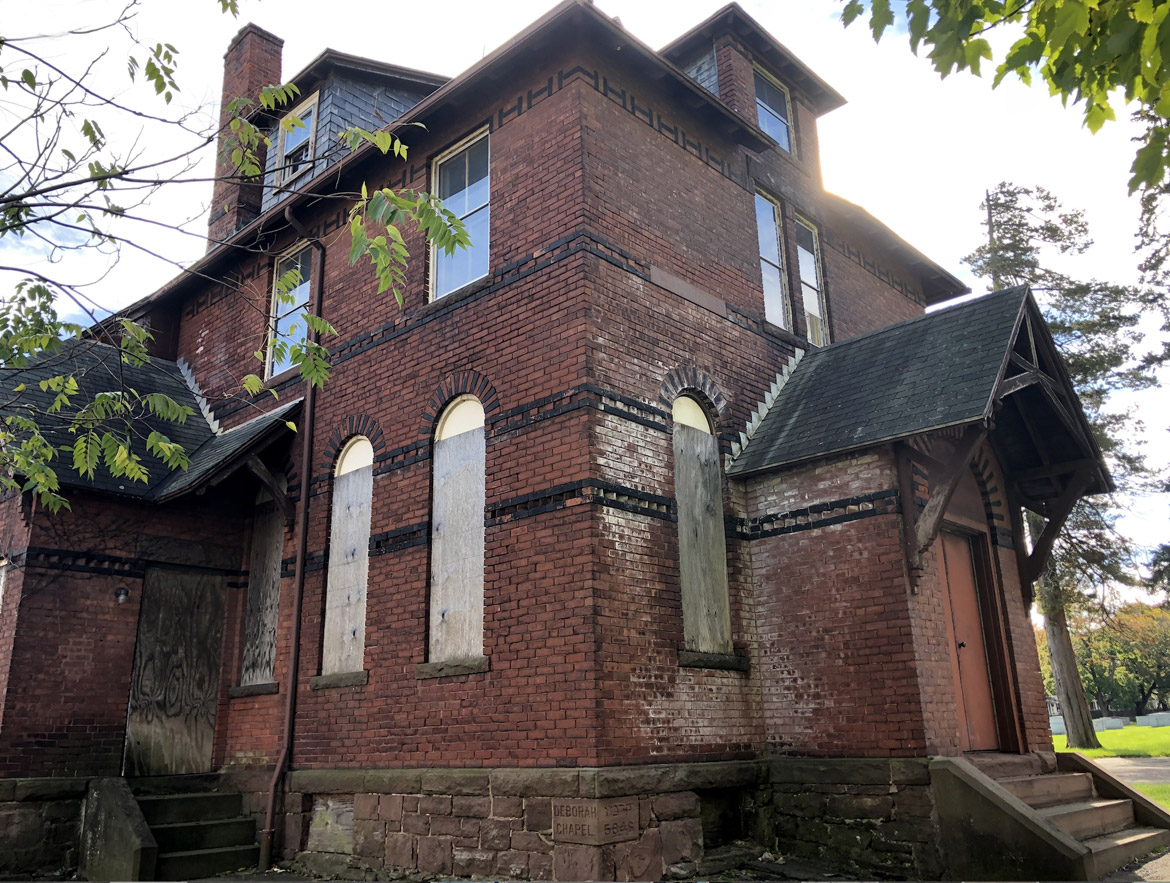 The Hartford Ladies Deborah Society established the Deborah Chapel in 1886 as a Jewish mortuary in which Jewish women could prepare bodies for burial. The chapel is one of the oldest surviving Jewish buildings in Connecticut and the oldest in the country built by Jewish women. The Beth Israel Congregation, the chapel’s current owner, has since vacated the chapel and now intends to demolish it, according to the trust. 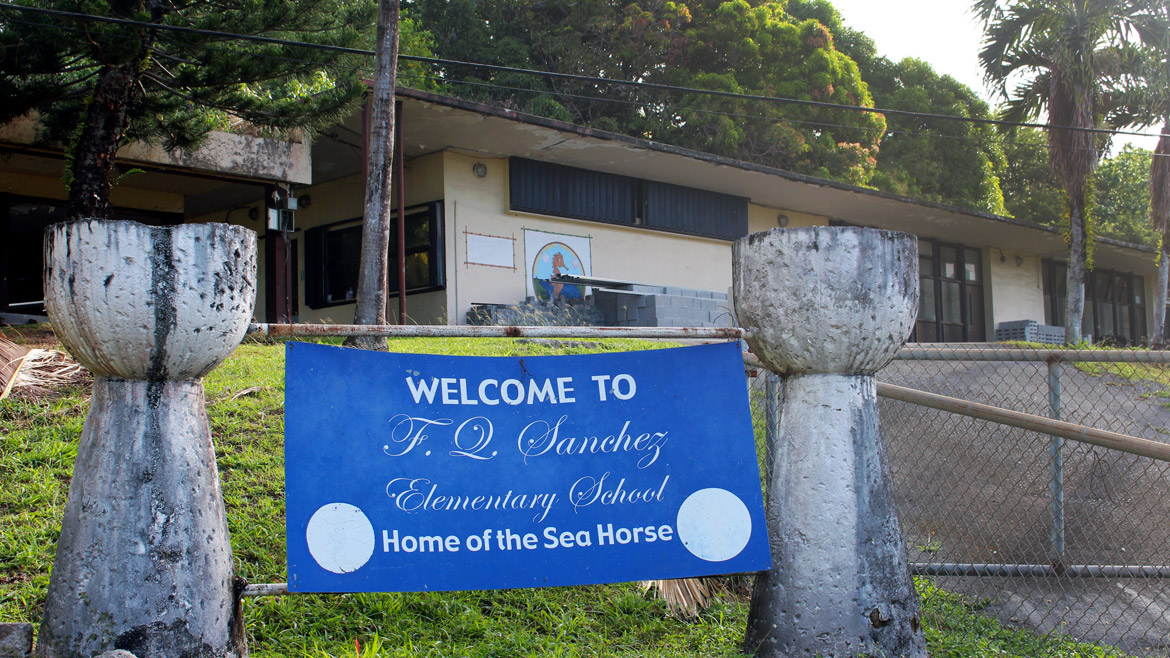 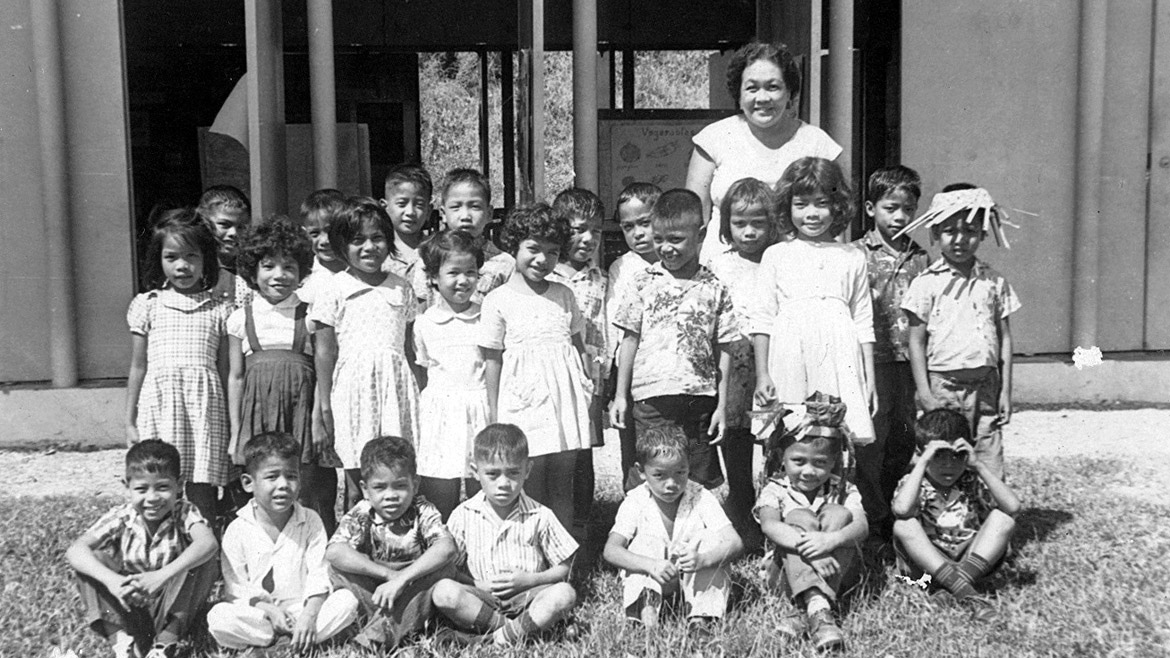 Designed by noted modernists Richard Neutra and Robert Alexander, the 1953 building served as the village of Umatac’s only school. The Guam Education Board closed the school in 2011, after which it remained empty, weathering typhoons and vandalism. Proponents of its reuse have argued that the school could function as a center for community and education, as well as a draw for tourism. 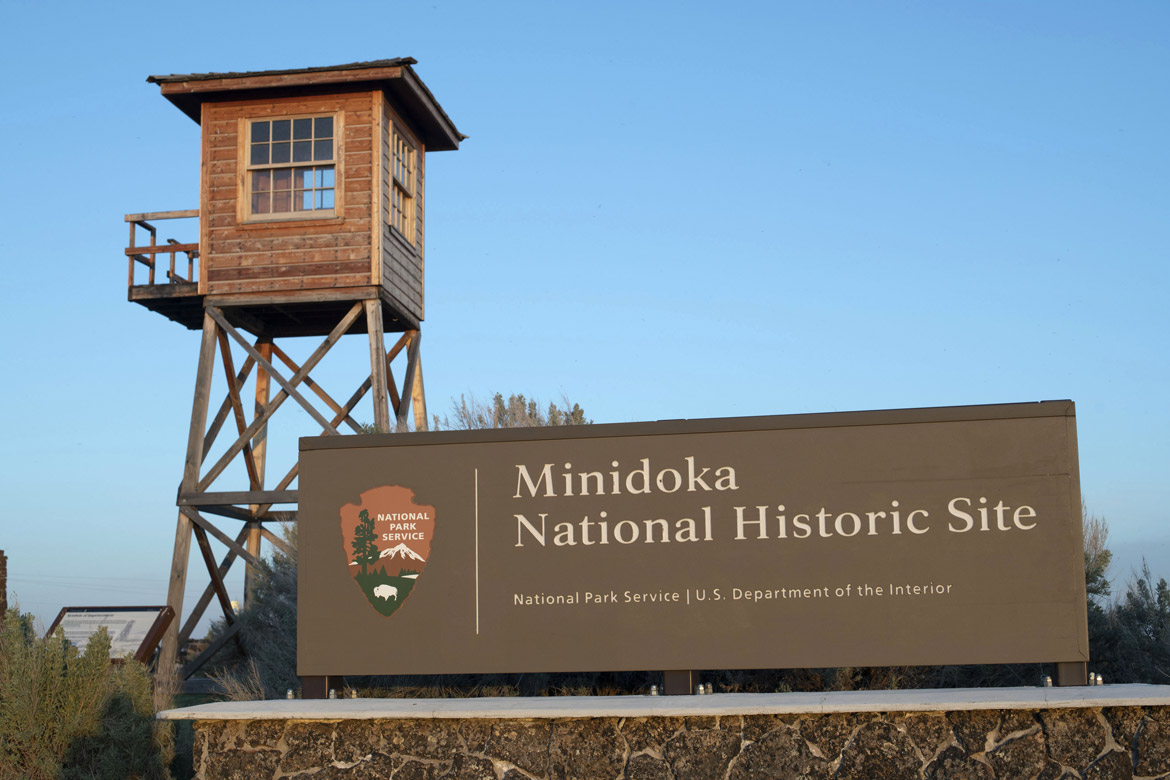 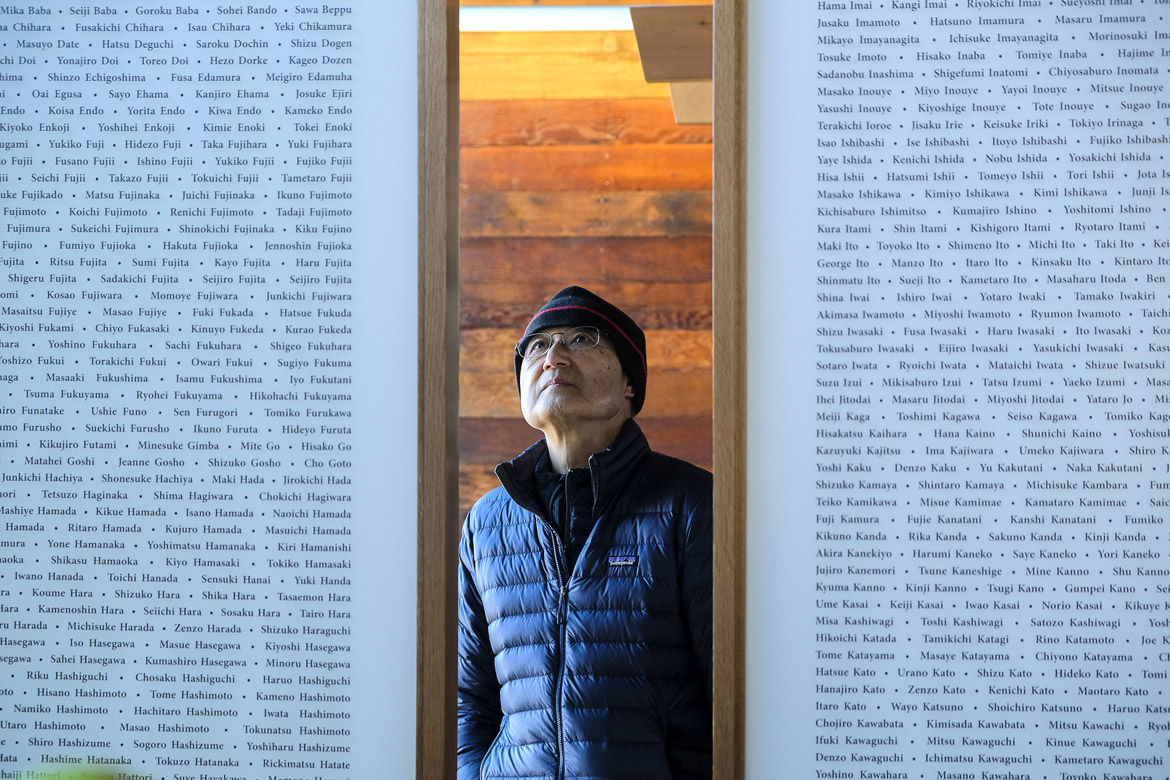 The Minidoka National Historic Site marks one of several Japanese-American internment camps created during World War II, this one incarcerating over 13,000 people. Designated a National Historic Site in 2008, it has served as a commemorative place for victims of the internment and their descendants. The trust is now advocating for the relocation of the proposed Lava Ridge Wind Project, which would place 300 wind turbines immediately adjacent to the site.

Built in 1919 by the U.S. army, the site's adobe buildings commemorate the history of the Buffalo Soldiers, Black military regiments who served in the then-segregated army following the Civil War. The current buildings, which have suffered erosion, vandalism, and fire, are the only remaining buildings of 35 camps built during that era along the U.S.-Mexico border. The camp's owner, the City of Bisbee, and Naco Heritage Alliance are working to identify funding and potential partnerships for restoration and reuse. 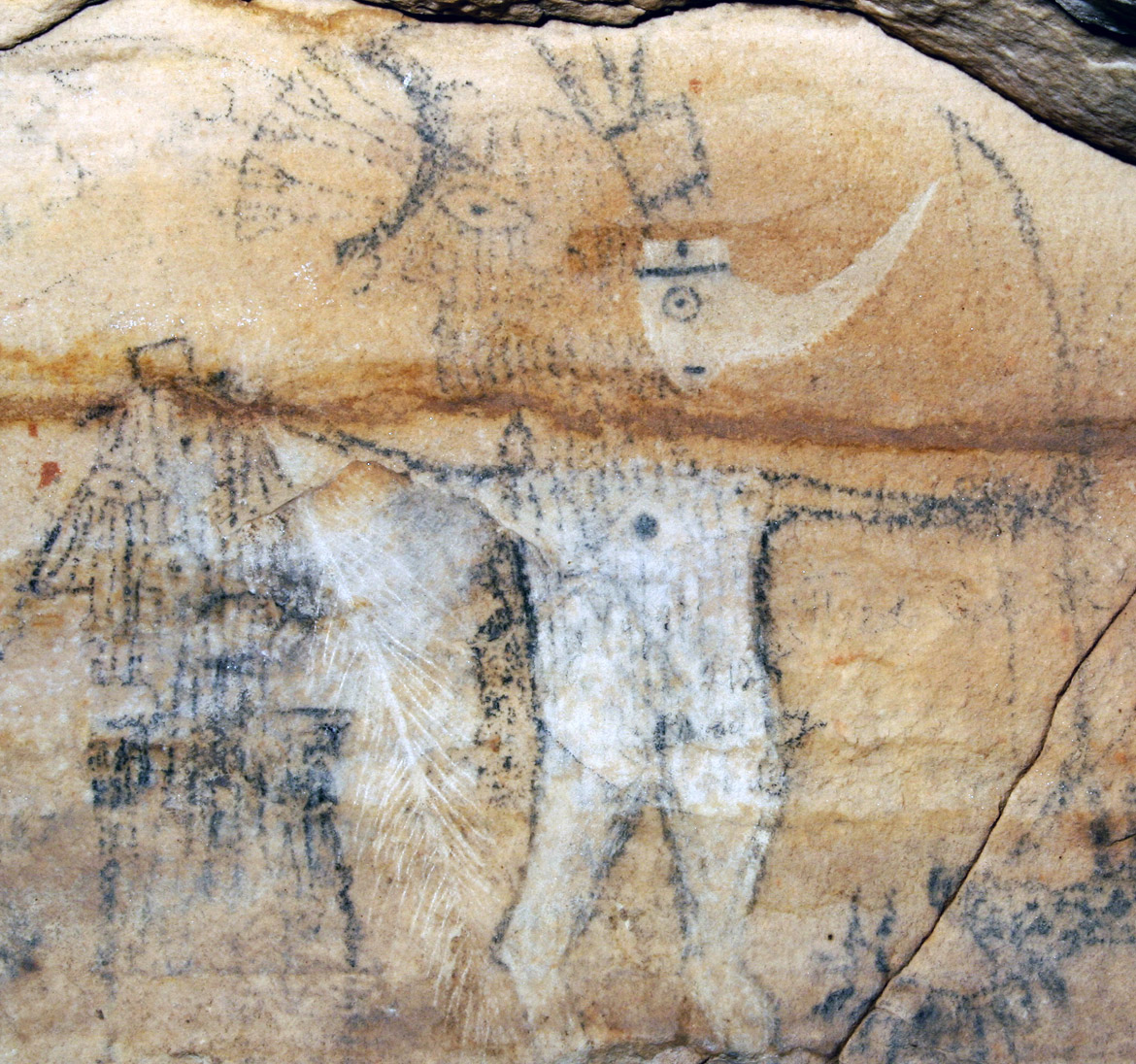 Containing almost 300 paintings created by members of the Osage Nation, beginning around 800 A.D., Missouri’s Picture Cave is one of the most significant examples of North American pictographic art. The Osage Nation, now based in Oklahoma, called Missouri home from around 500 AD until their forcible removal by the federal government in 1825. According to the Trust, the nation has expressed concern over an unidentified buyer’s purchase of the cave at a September 2021 auction, after the Osage Nation were denied the right to purchase it at a fair price. The trust hopes to advocate for mediation between the two parties. 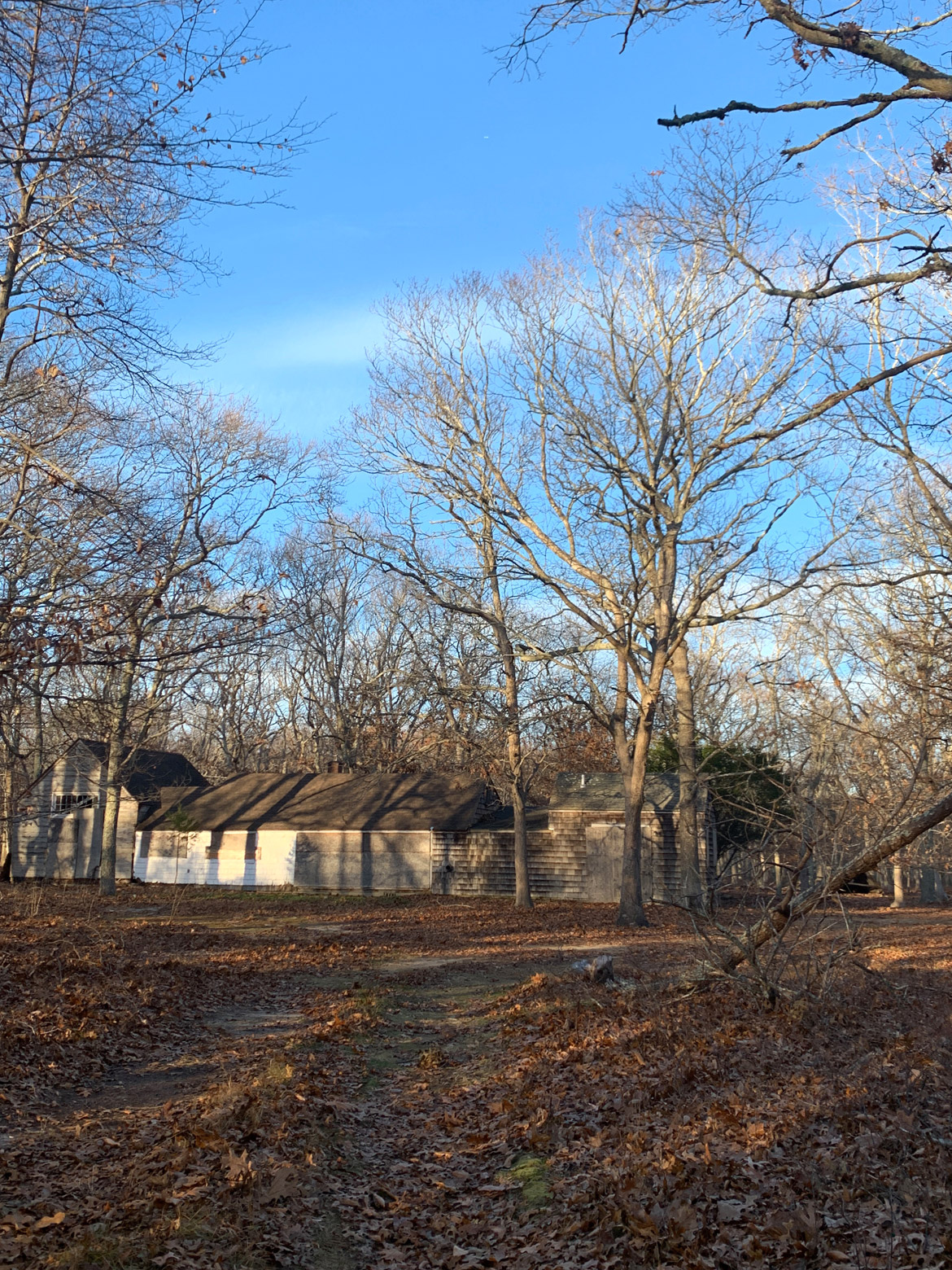 Originally built in 1954, this was the home and art studio of Abstract Expressionists James Brooks and Charlotte Park, who often played host to other artists living on the East End of Long Island, including Jackson Pollock and Lee Krasner. Despite its designation as a local landmark in 2014, the center has decayed in the absence of needed preservation work. 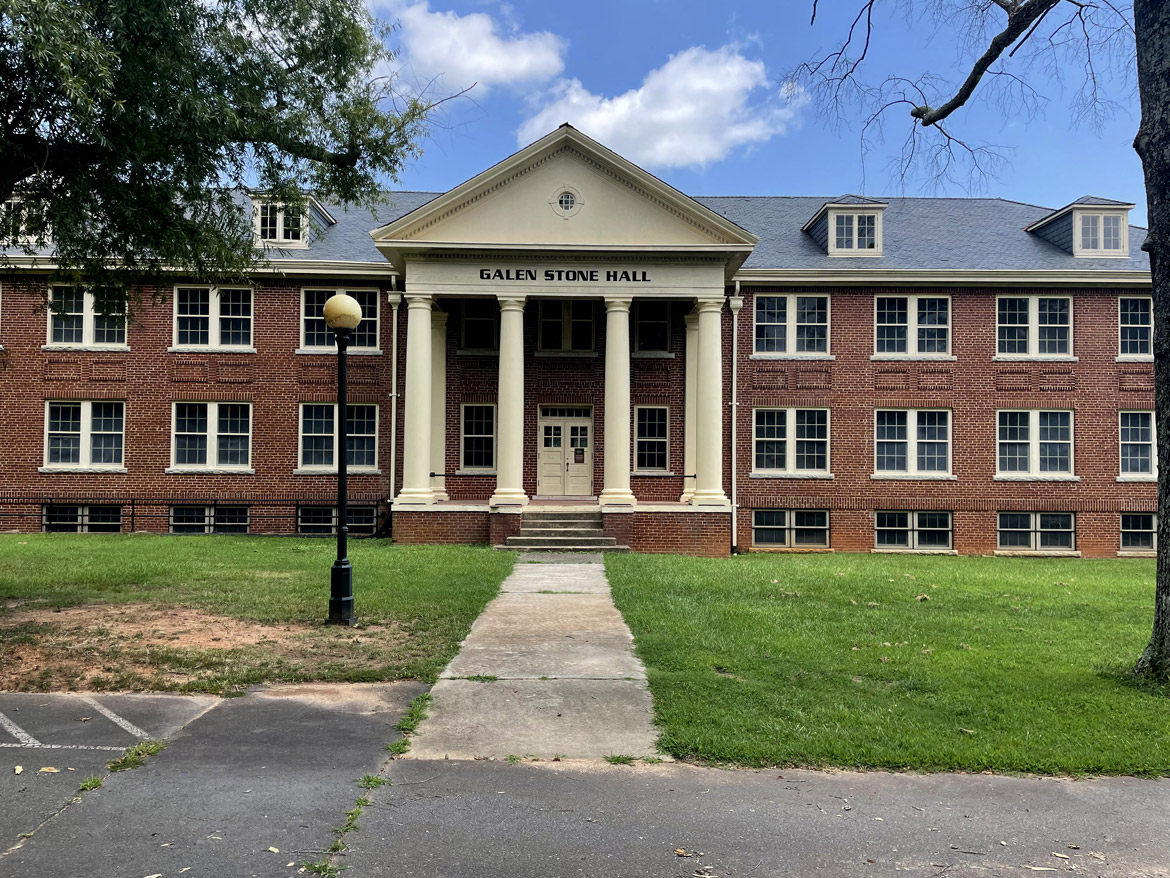 Educator Charlotte Hawkins Brown founded Palmer Memorial Institute in 1902 as a boarding school for Black students in the segregated South. Located in Sedalia, a city with a burgeoning Black community, the institute educated more than 1,000 students until its 1971 closure. In recent years, its buildings have fallen into disrepair, with one sustaining damage in an early 2000s fire. 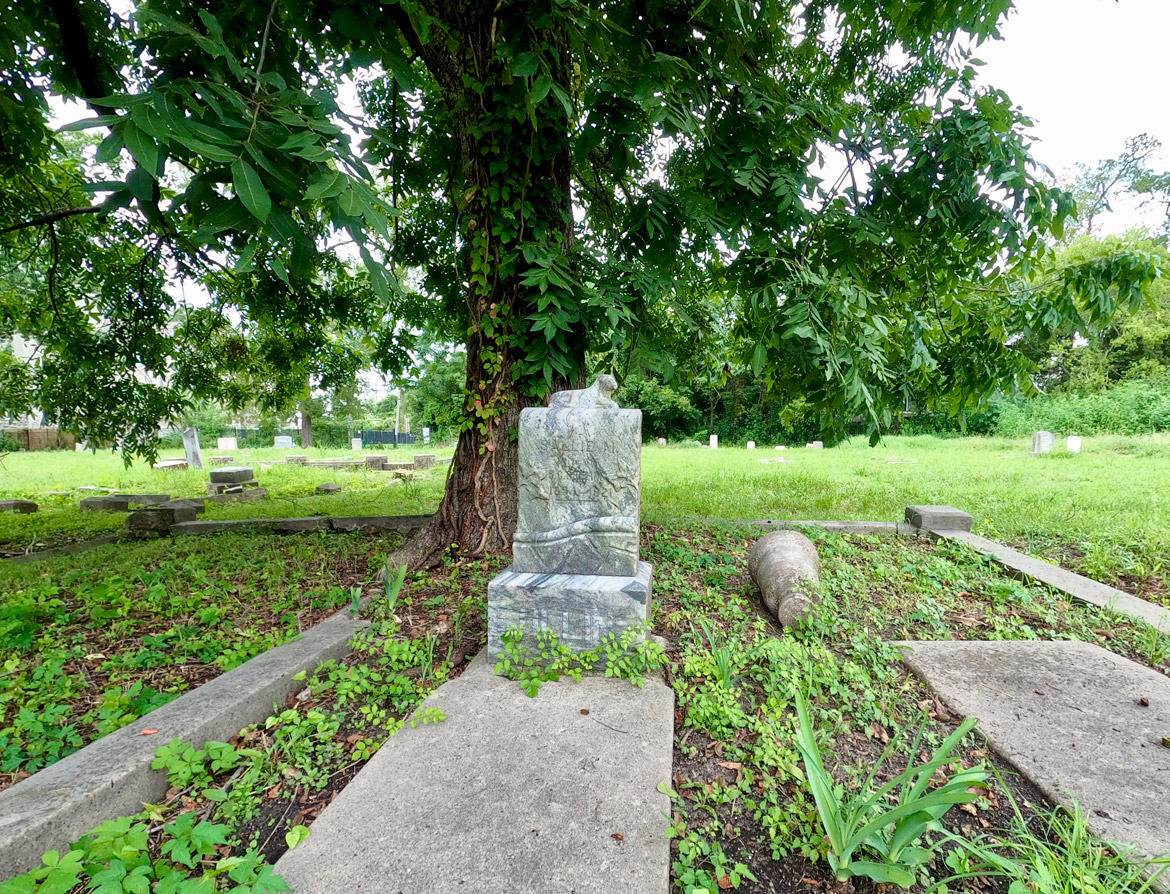 Constructed in 1875 as one of the country’s first all-Black cemeteries, Olivewood contains over 4,000 graves. It is the final resting place of such historic figures as Elias Dibble, Richard Brock, and Richard Allen—three formerly enslaved individuals who founded the cemetery and were among Houston’s first Black elected officials. A 2021 engineering study deemed the cemetery—which in 2006 was designated a Texas Historical Cemetery—endangered and especially vulnerable to erosion (particularly after Hurricane Harvey flooded it with 10 feet of water in 2017). 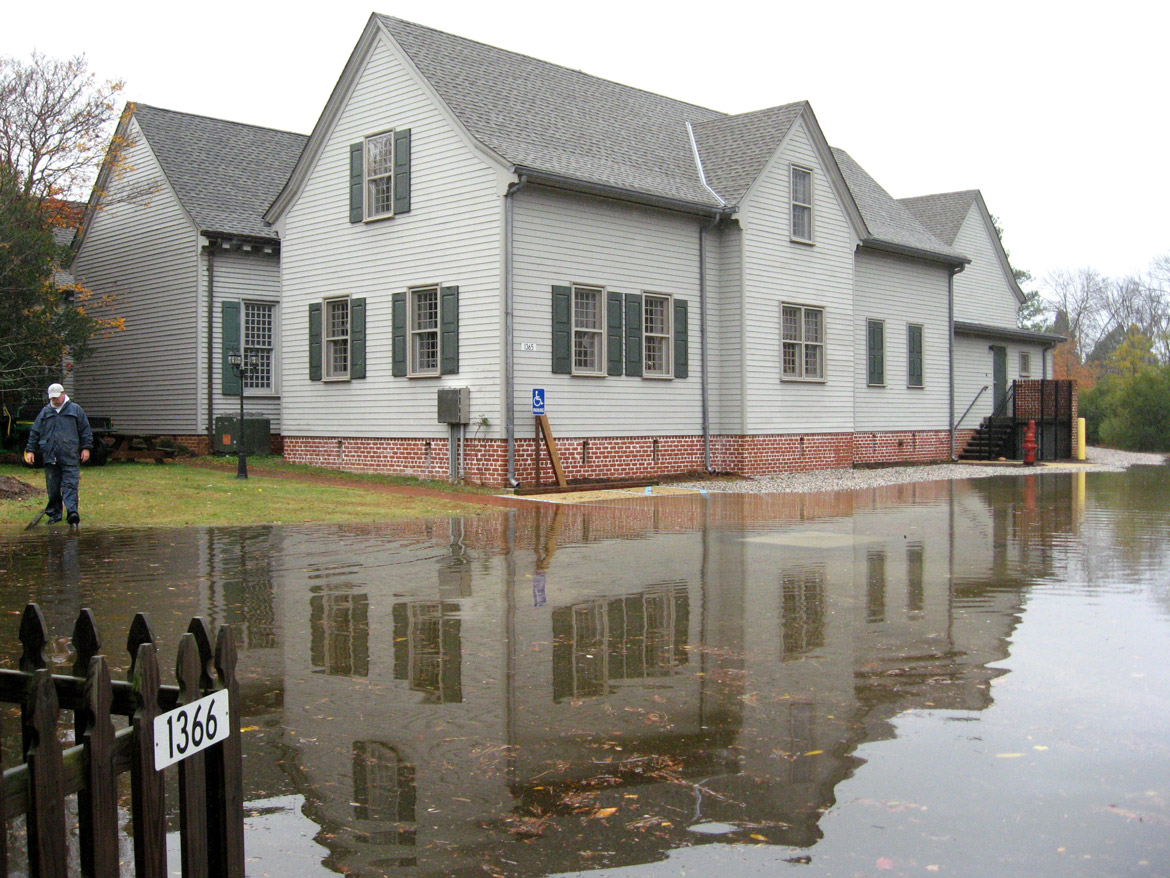 Both the site where the first enslaved people arrived in the U.S. and that of the nation’s first publicly elected—by some—assembly, Jamestown “highlights some of the best and worst parts of American history,” according to the trust. Despite the construction of a seawall in 1901, sea levels have risen 14 inches since 1950 and Jamestown now faces frequent flooding and an existential threat from future climate events. The trust estimates the cost to fix and enhance the wall at around $2 million.

Use of Fire-Retardant-Treated Wood in Multi-Family Construction