In 1901, when a young Itze-Leib Schmuilowsky was born to Jewish parents on the Estonian island of Saaremaa, few could have imagined the international fame in the boy’s future. But after a 1906 move across the Atlantic, a change of surname (to sound more German and less Russian), an education at the Philadelphia public schools and the University of Pennsylvania, and years of struggle as a young practitioner, Louis Isadore Kahn at last emerged in the 1950s as one of the most important architects of the modern era.

Now, for the first time, visitors to Kahn’s birthplace on Saaremaa in the Baltic Sea can find a large blue marker signaling the importance of the site. In raised yellow lettering, in English on one side and Estonian on the other, it quotes Kahn: “I was born on an island with a castle on it…”

Formally dedicated at a ceremony on May 5, the marker was erected by the nonprofit Louis Kahn Estonia Foundation, the municipality of Saaremaa, and more curiously, the state of Pennsylvania. In fact, the marker is identical in design to those found at historic sites across Pennsylvania (including at Kahn’s office on Walnut Street in Philadelphia), and even bears several state emblems. As such, it constitutes the first Pennsylvania historical marker to be located outside the United States. 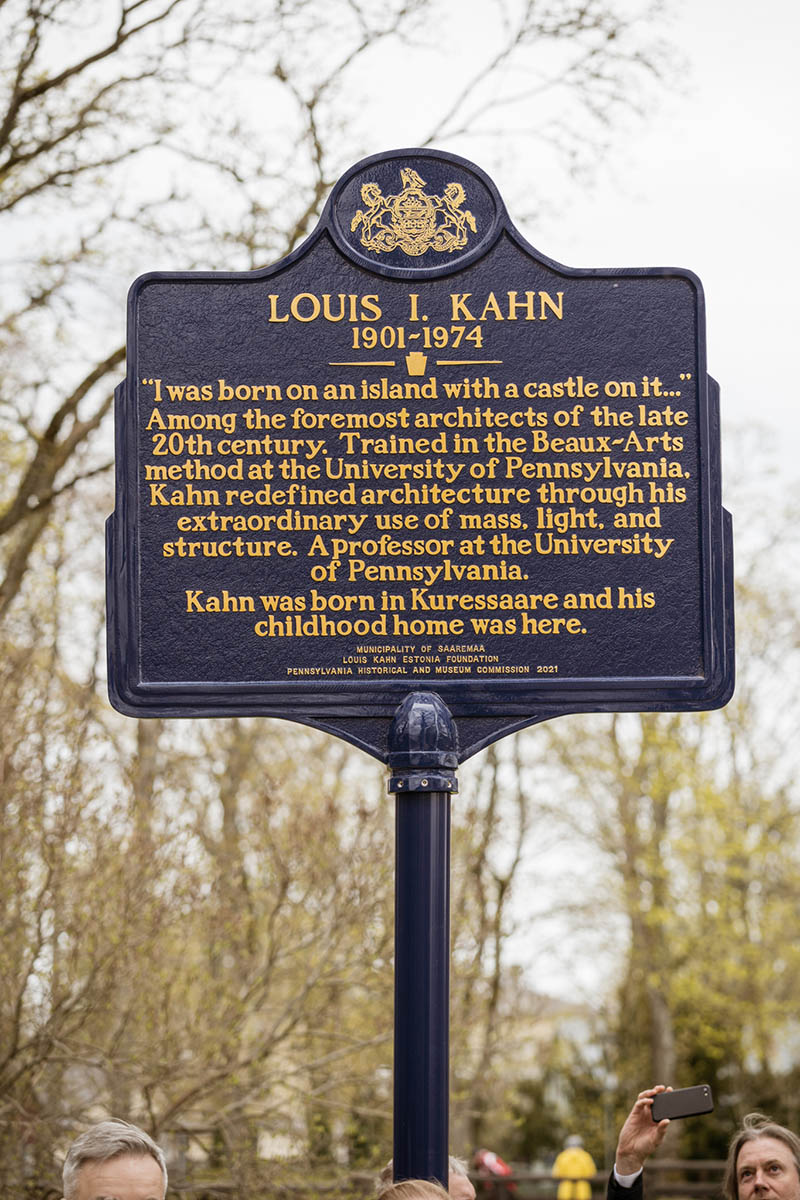 The original design of the state markers was the work of Paul Philippe Cret, one of Kahn’s professors in the Beaux-Arts architecture program at the University of Pennsylvania, and the current markers continue some elements of Cret’s design. Like all of the state’s markers, this latest was sand-cast in aluminum at Sewah Studios in Ohio.

The May 5 dedication was attended by several representatives of the Pennsylvania Historical and Museum Commission as well as Brian Roraff, chargé d’affaires of the US embassy in Estonia. Beyond honoring Kahn, it also served a political purpose as one of several events commemorating 100 years of diplomatic relations between the two countries.