At first glance, the front facade of the Villa LL in Casablanca, Morocco, looks a bit forbidding, with its thin, blank wall of white plaster-covered concrete. But look again, and you see that the wall curves in on either side of the front door, which is topped by an asymmetrical canopy with curved corners. And curved walls extend past each end of the screenlike facade. They hint at the flowing spaces, and more curves, that are inside the just over 3,100-square-foot house, designed by Mohamed Amine Siana, a Record Design Vanguard architect in 2016. The client is an artist, for whom security and privacy are important, as well as what Siana calls “sensual lines,” adding that the person wanted the house to be “protective but not too enclosed.” Indeed, when you enter the house, expansive is the word that comes to mind. In the spacious entry hall—which, like the rest of the house, has marble floors—sunlight enters through one of five windows encircling an oval courtyard. It is a miniature version of the traditional Moroccan riad’s central courtyard and brings light into the kitchen and the three guest rooms. To the left of the entry is a colorfully furnished, art-filled living room, with a dining table at the far end, near the large window that looks toward the circular swimming pool (as does generous glazing in the primary bedroom opposite). Siana wanted the concrete ceiling exposed, but the client preferred plaster, so the architect’s artful compromise was a dynamic ceiling with undulating edges, clad in traditional hand-applied plaster, set directly below the concrete, with portions of the concrete peeking through. Its irregular curves add a playful touch to the spaces. A narrow window at the far end of the living room—one of several such slender apertures in the house—lets in a moderate amount of sunshine (the client doesn’t like bright light) and plenty of air, and, along with the big windows in the living room and primary bedroom, is part of Siana’s passive-ventilation strategy. 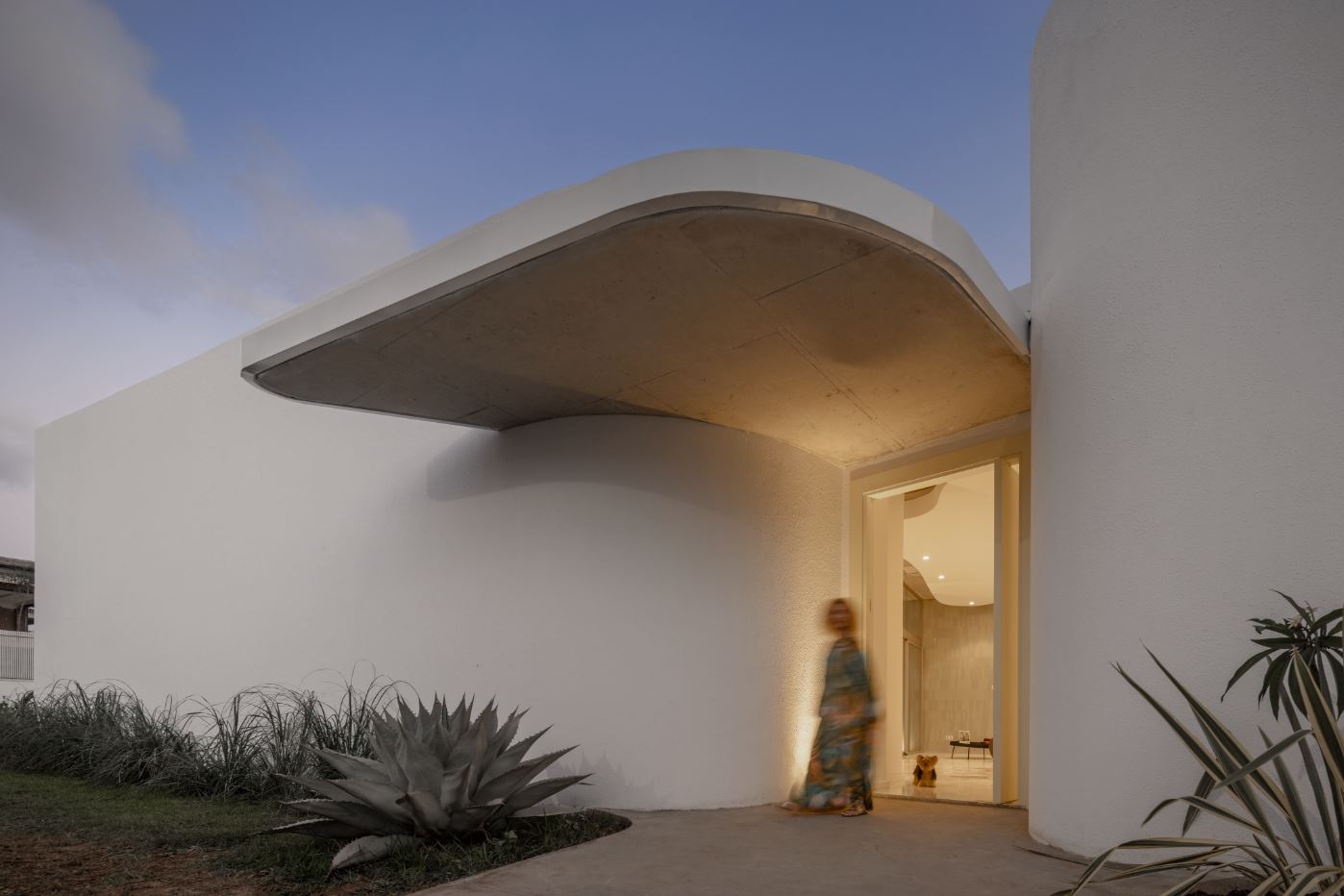 Around the pool, which is bracketed by two partial walls extending from the house, the curved walls that abut the living room and bedroom’s large windows are clad in Moroccan zellige tiles—what Siana calls “a traditional arts signature,” comparing their pale blue-green color to that of water. 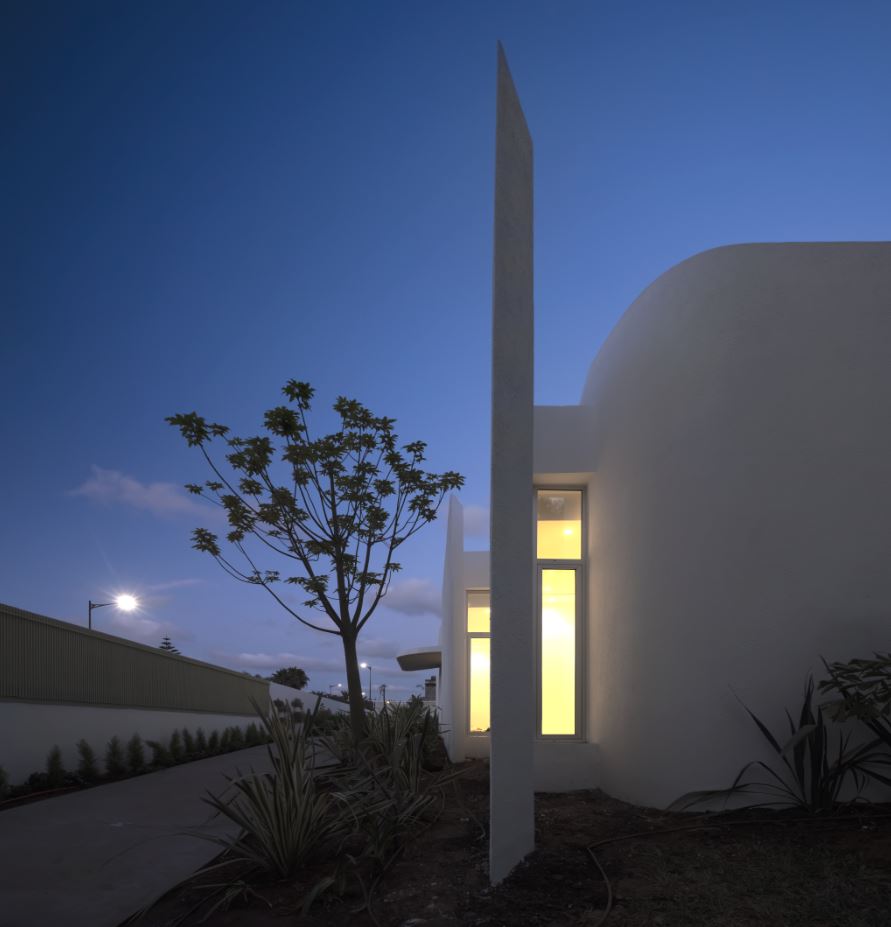 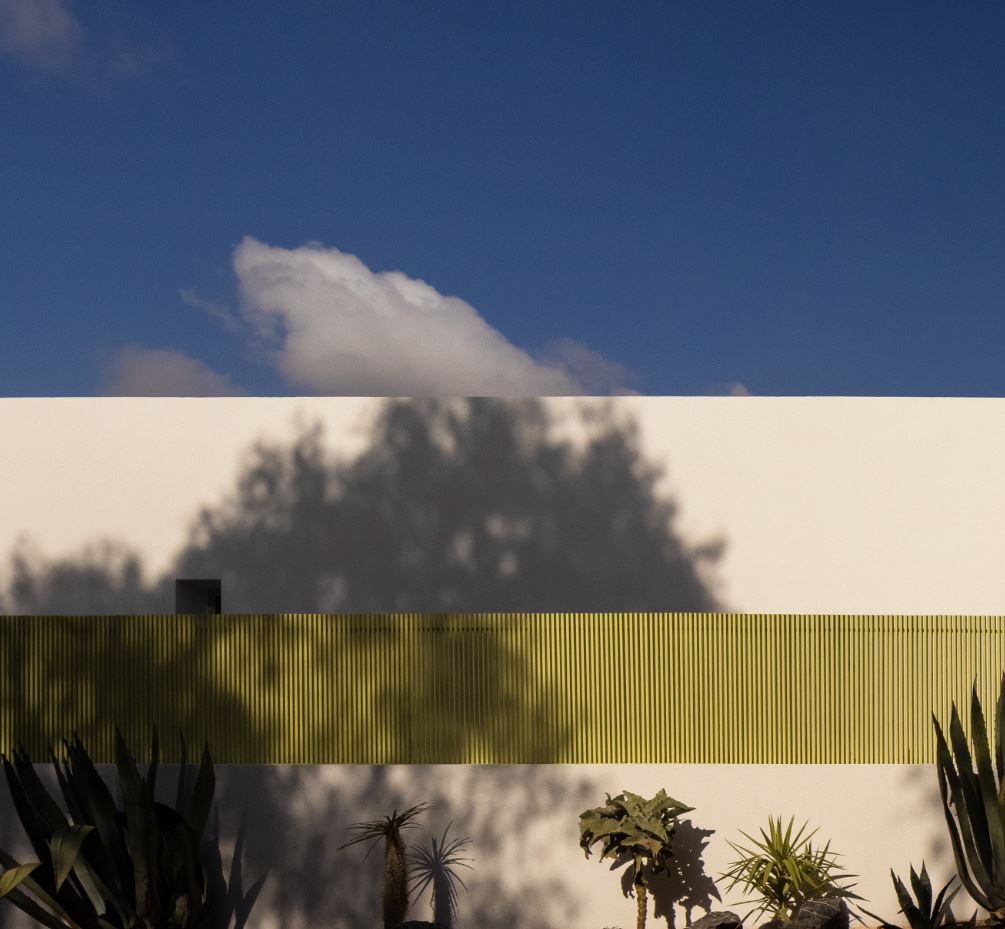 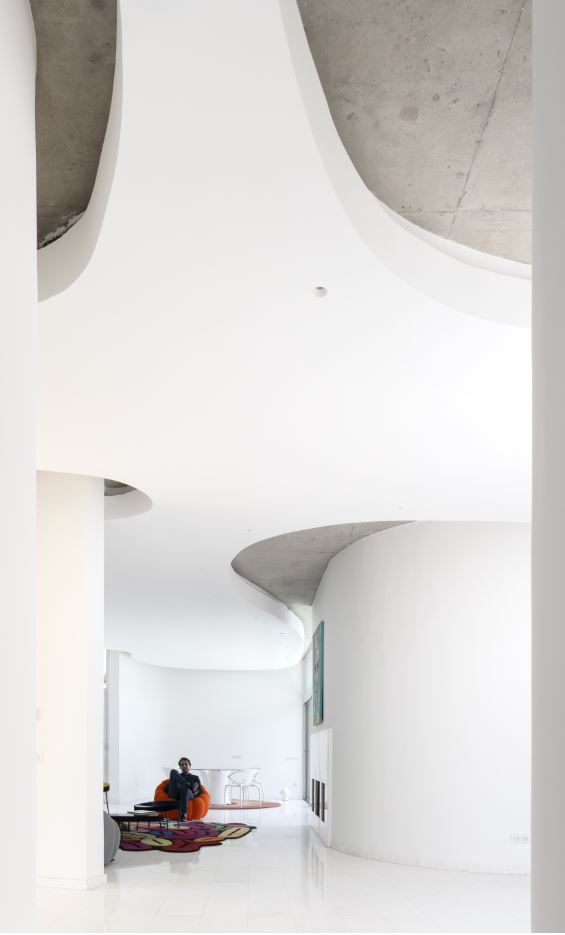 This house—along with the 2016 Villa Z, which is also in Casablanca, and which has a more sculptural but still monolithic facade—illustrates Siana’s ongoing dialogue with postwar Modernism in Morocco, particularly that of the architects Jean-François Zevaco and Elie Azagury. Siana has refined this vocabulary in the clean-lined university buildings and the K-12 Jacques Chirac School in Rabat that he has designed with his architecture-school classmates Saad El Kabbaj and Driss Kettani. Villa LL, Siana says, “is inspired by the morphology of traditional houses, and by the Casablanca Modernist heritage, in its lines and forms.” But Siana throws these lines some curves, adding a layer of sensual luxury to the cool, clean spaces. 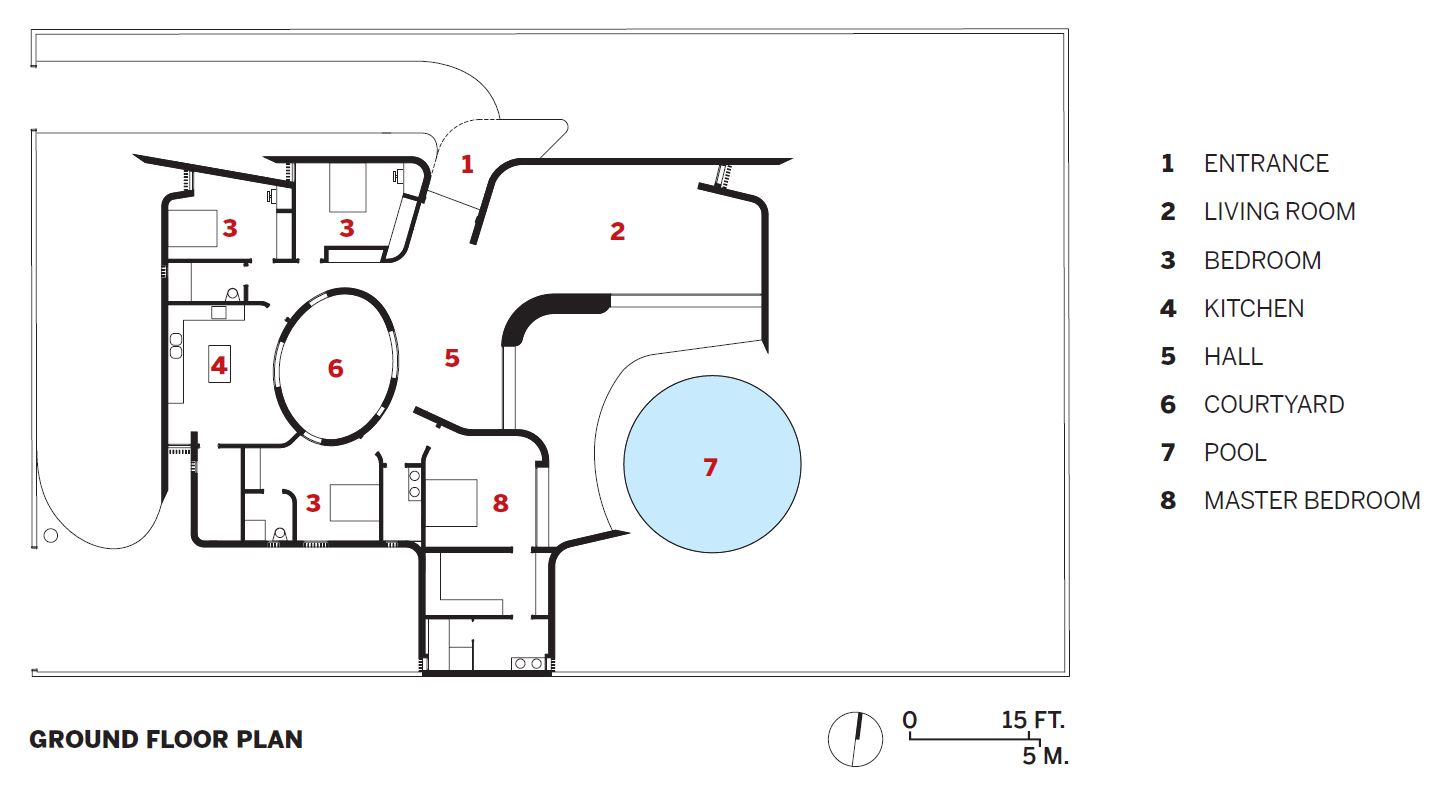